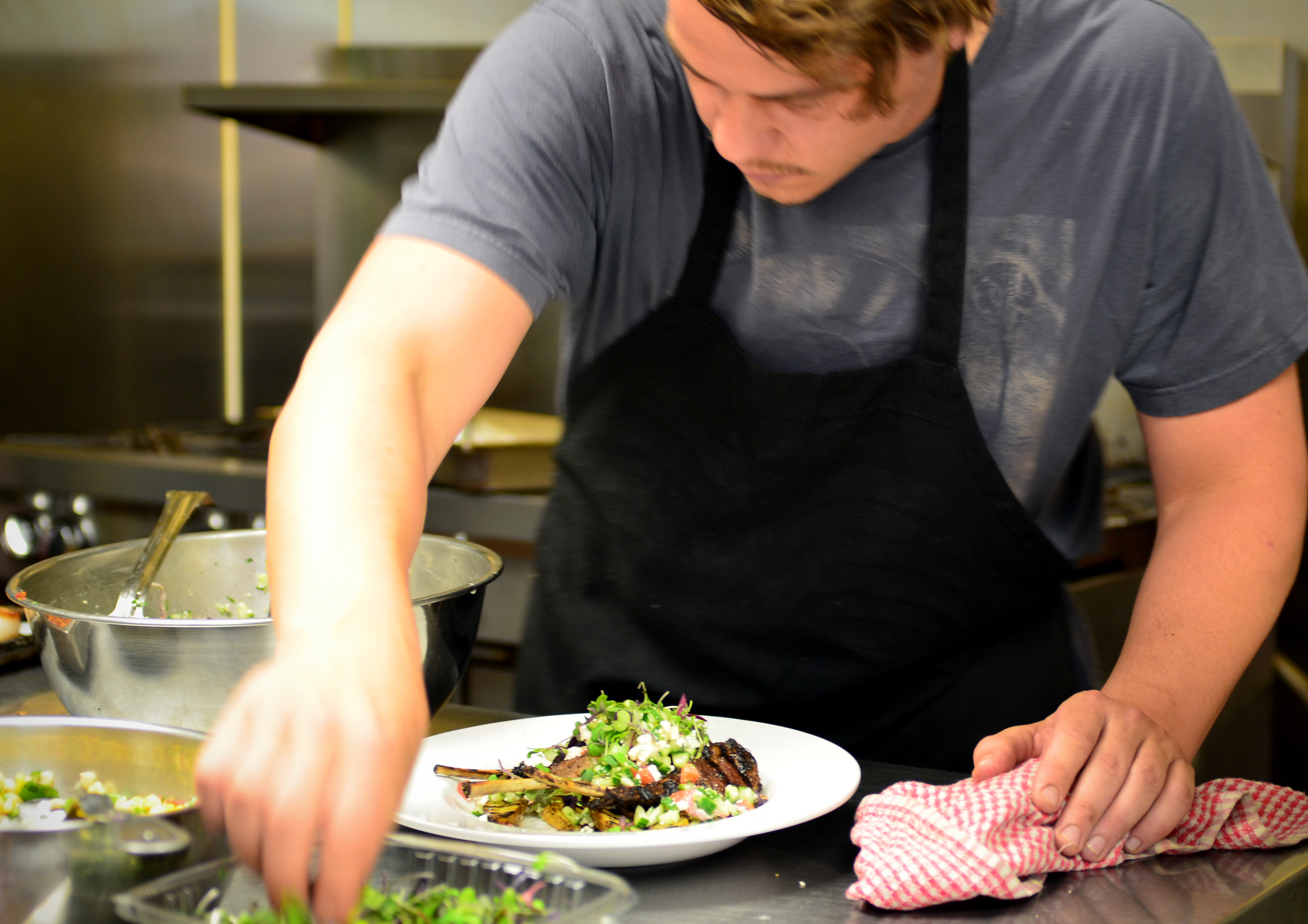 The Star & Crescent Eating Club (S&C), run by the Alpha Delta Phi (ADP) literary society, reopened on Monday, Feb. 7 for the spring semester with a new chef, Clayton Chartier, after temporarily closing in the fall following the departure of its chef of 16 years.

S&C Senior Stewards Sophie Penn ’23 and Jessica Simpson ’22 spent most of the fall semester searching for a new chef, with Junior Steward Adam Pepper-Macias ’25 joining them this semester.

“To be honest, we struggled with the hiring process,” Penn wrote in an email to The Argus. “There are not a lot of people looking for restaurant jobs right now, and the industry is kind of suffering, so we definitely felt that. We had the most success with job sites like Indeed and CareerBuilder, which is where we found Clayton [Chartier], our new chef. Besides that, there was a lot of asking around, going through connections, and talking to other restaurants in the area, but eventually it all worked out.”

Chartier began his culinary career over 20 years ago by waiting tables and bartending before attending culinary school. He expressed his excitement about being able to share his love of cooking with the campus community.

“The biggest thing about cooking is to bring people pleasure and just create a memorable thing,” Chartier said. “And, honestly, with cooking, it’s the closest to a wizard I could possibly get. You take things from all different places around the world that have no business being together, and you create something awesome that people remember…. I just want to bring good flavor and good atmosphere.”

S&C will be take-out only for the first part of the semester, with students able to order meal bundles ahead of time and pick them up. Eventually, the stewards hope to resume indoor dining in a limited capacity and possibly expand to outdoor dining with live music later on.

Simpson hopes to introduce more cultural dishes to the community as part of the newly reopened eating club.

“For instance, this would [be] like the addition of Cuban, Korean, Caribbean, and East/South Asian dishes onto the menu, alongside other cultural foods,” Simpson wrote in an email to The Argus. “This goal was important to me when running for the steward position because I felt like there was a lack of cultural representation in food on campus. I wanted to change this in my stewardship, and I figured that the best way to do this was through the S&C.”

Penn aspires to get S&C back to the fun, food-oriented environment it used to be, especially for ADP members.

“As the ADP president this semester, I’m really trying to repair the connection between the Society and the restaurant, because I think the idea of the restaurant as a gathering space for ADP members has been lost to the pandemic,” Penn wrote. “That being said, I hope members and non-members alike are able enjoy the food as well as the environment, as there’s really nowhere else on campus you can get a sit-down restaurant experience.”

Pepper-Macias hopes to revitalize S&C and institute new initiatives to make the dining experience as great as possible.

“My goals [are] to further the Star and Crescent’s commitment to serving good food that comes from good places,” Pepper-Macias wrote in an email to The Argus. “To continue to offer filling and diverse vegetarian options that are not simply repackaged tofu…. To create a work environment/community which churns out good vibes and good food. To provide a loving home for Wesleyan’s foodies, cooks, and culinary allies. To remain flexible as we move towards a full opening, I want to make sure that we listen and adjust to the needs of our customers; there will be a suggestions box and I look forward to seeing the crazy ideas people have.”

The whole S&C team is excited to get back to work this semester.

“Working at Star and Crescent sometimes doesn’t feel like work,” Chad White ’23, who has worked at S&C in previous semesters, wrote in an email to The Argus. “I’m just hanging with friends and also making salads…. I love the food at S&C, and giving the campus good food just makes me happy and proud to work where I do.”

Chartier expressed how much he loves his job and hopes to bring that passion for cooking to the University.

“My favorite thing is to cook things that I’ve never cooked before, any way to expand my knowledge in cooking,” Chartier said. “That’s one of the things that I love about this is that you never stop learning and cooking.”