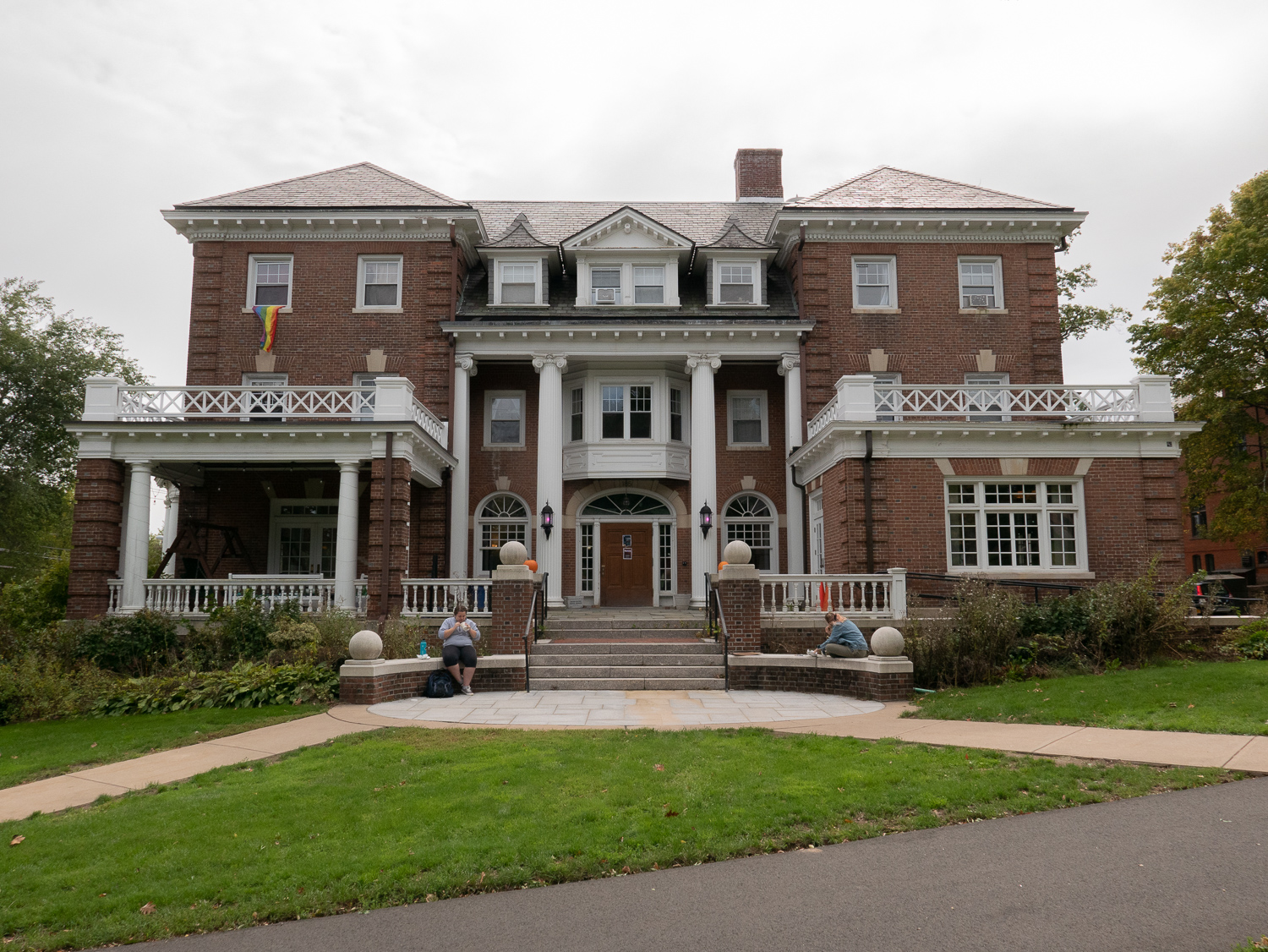 Star and Crescent (S&C), the eating club run by students in the on-campus literary society Alpha Delta Phi (ADP), has temporarily closed following the departure of its chef of 16 years, Ryan Talbot.

Talbot, a contracted employee, did not comply with some of the University’s COVID-19 regulations and resigned on Friday, Sept. 3 to search for a job that better fit his needs. However, members of ADP are working in conjunction with their alumni board to search for a new chef.

Senior Steward of S&C Sophie Penn ’23 said that Talbot left amicably, although his departure meant temporarily closing the eating club. He had been in negotiations with the University before deciding to leave, giving the students in charge of S&C time to prepare.

“We knew [this] was going to happen, but the good thing about working at S&C is that we’re managed by an alumni board of people who went to Wesleyan and were in ADP,” Penn said. “So they all have experience searching for chefs, even though that was 16 years ago, but one of our advisors…found Ryan [Talbot]. So that’s really great because the way we have sort of been adapting is looking towards finding a new chef.”

While the search for a new chef launches, Penn and S&C Junior Steward Jessica Simpson ’22 have begun to plan new ideas for the eating club for when it will—eventually—reopen.

One idea Simpson hopes to implement in the spring is themed days for the food S&C serves.

“Just making more themes, like a hot sauce day or something, or Buffalo wings,” Simpson said. “We can also get more people interested in ADP as well, kind of using the restaurant to have more of a presence on campus. So I really look forward to that.”

In addition to themed days, the S&C stewards are planning a way forward for the eating club to create an atmosphere for students even amid the ongoing pandemic.

“Star and Crescent was started as sort of a way for ADP members to bond with each other and a place to hang out,” Penn said. “It’s turned to more of like a dining place equal to somewhere like ’Swings or Red and Black, although it has a different structure and that it’s mostly nonmembers coming to get food.”

Penn and Simpson are considering implementing a hybrid dining model when S&C reopens to split dining between dine-in and take-out. During the 2020–2021 school year, students ordered meal bundles to go and picked them up on designated days.

“I think we were trying to do a hybrid of both, so we can still have some people who want to bundle but also have a certain amount of people…just to abide by the COVID policies who were able to dine in,” Simpson said.

Penn added that their current decision is that dining in will be reserved for members of ADP and those who are planning to join the society.

The stewards are not the only members of ADP disappointed by not being able to work at S&C for the start of the semester. The eating club also employs seven other students on its staff.

Hannah Goodwin-Pierce ’22 has been working at S&C since her sophomore year, first as a server, then as a prep cook, dishwasher, and plater. Pierce expressed her love for the eating club and her sadness at not being able to currently work there.

“S&C was not only a great way to make some scratch to support myself while on campus, but I met and got to hang out with some many lovely people over the years working there on shifts,” Goodwin-Pierce wrote in an email to The Argus. “We had such a strong community and we all love [S&C] a lot, so it’s one of the best campus jobs, and I’ve been really heartbroken to see it go. It’s the best food at Wes, and it’s got great passionate people making that food, and I already really miss it.”

Goodwin-Pierce mentioned her frustration at Talbot’s departure but remains optimistic about the future of the eating club.

“It’s…out of our control, and we’re doing our best to get back on our feet which makes me feel better,” Goodwin-Pierce wrote. “I was really looking forward to getting my favorite shifts as a senior…and getting to hang out with my best friend and…coworker Annie Thompson [’22] on the job this year. Really sad to see that go.”

Chad White ’23, another S&C worker, highlighted that he especially loves the food served there.

“I’m bummed,” White wrote in an email to The Argus. “I think S&C food is consistently some of the best food on campus, and it sucks we can’t open this semester. As someone who just joined the staff, I was really looking forward to a more “normal” setup of S&C and seeing how things work when everything isn’t to go. I would hear stories about how hectic the kitchen usually is and wanted to experience that level of excitement for myself. I am counting down the days until we open again to bring back the superior dining option back to students and truthfully get my own hands on a S&C meal.”

ADP President Caitlin Sergi ’22 expressed her disappointment in the closure and her hope that it could bring positive changes for the eating club in the future.

“Obviously I wish things could be different and that S&C could open as soon as possible,” Sergi wrote in an email to The Argus. “But I am also very confident in our stewards and feel that this can be a good thing for the S&C.”