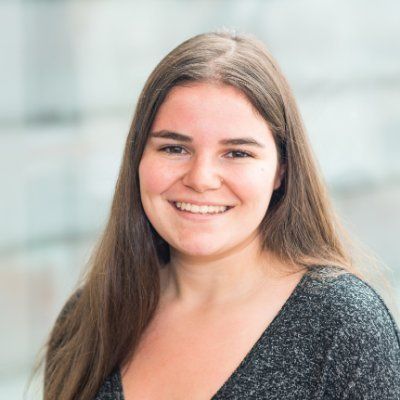 Berliner graduated from Hamilton College in 2019 with a degree in environmental studies and economics. At Hamilton, she was actively involved with campus sustainability, serving as a sustainability coordinator, which exposed her to the bureaucracy of college politics and how difficult it can be to begin and maintain sustainability programs. Prior to coming to Wesleyan University, Berliner worked at a non-profit doing state-level advocacy in her home state of New Jersey.

“I’ve cared about the environment for as long as I can remember,” Berliner said. “I’ve turned that into high school environmental activism, college, and now a career of working to save the planet and save us from climate disaster in a variety of different ways. Some of that had been environmental organizing, working with young people on a variety of climate-related campaigns, environmental advocacy, trying to change laws and policies on the state level, and now coming back to my roots of college sustainability and working directly with students to not only make a difference on campus but also [get] them to think about their individual behaviors and their future lives and careers.”

Berliner is excited to build on the foundation that Kleindienst has created and intends to make the most of her time at the University.

“Jen [Kleindienst] has this amazing program, everything is running so smoothly, and I can just make sure that it all continues while she’s gone and get my feet wet in it, but at the same time, hopefully, implement some new programs, outside ideas that I have from my previous work, bring in some new perspectives that students can use for their future careers or wherever they see fit,” Berliner said.

Berliner is also looking forward to expanding the WesPass program, and is still trying to figure out which other areas to focus on for projects.

“Because I’m here for a limited amount of time and there is already so much going on, it’s kind of just bolstering a lot of the projects that are already in the works or potentially bringing some things back that have been hampered by COVID-19, like getting the compostable stuff back in the dinings halls,” Berliner said. “The kinds of things that have fallen to the wayside because of unforeseen circumstances. As time goes on, hopefully, there will be more things that I can get in the works as I feel more comfortable in the role and just get more accustomed to the school.”

One of Berliner’s highest-priority goals is to build strong relationships with both on- and off-campus community members.

“I’ve already been talking to some people in Middletown and around campus that seem to have really great connections and things going on that I’m hoping we can bring to campus, and bring students into town to build more connections that way,” Berliner said. “I’m excited to work with students and get a chance to make a real impact here at Wesleyan. That’s been my whole thing, my whole life, I just want to help the environment and the climate as much as I can.”

Above all, Berliner hopes to be a resource to students, especially those interested in the environment.

“When I was in college, trying to figure out what I wanted to do, I didn’t have that many people who could help because there wasn’t a big environmental community,” Berliner said. “It feels like there’s a lot more here, but if I can be another person helping students figure out their lives, I want to be that person.”