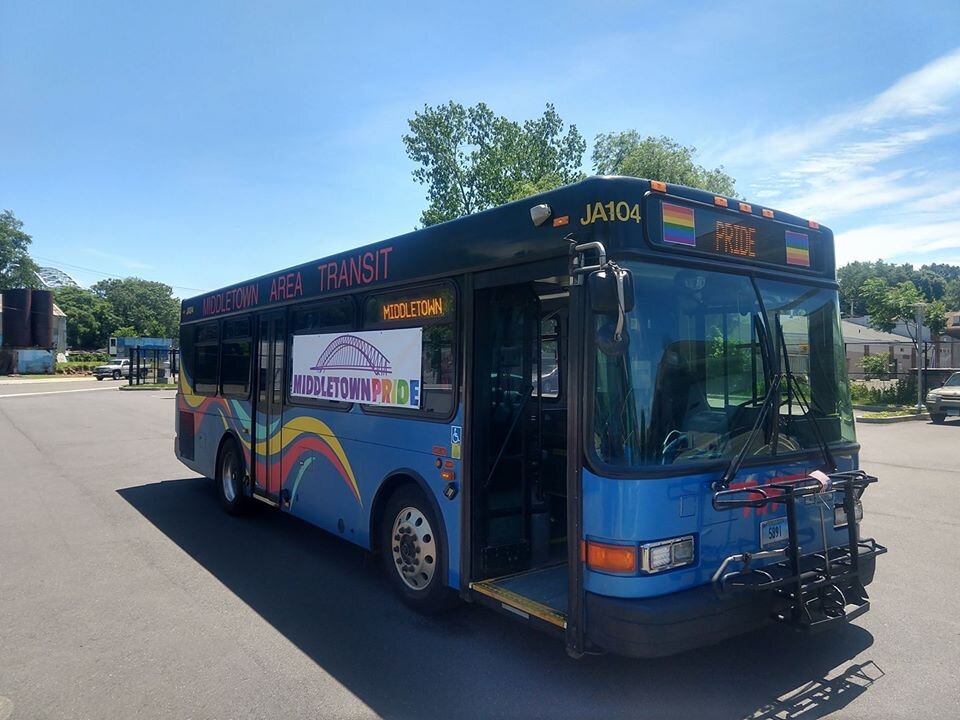 The WesPass pilot program, which began at the start of the fall semester, allows Wesleyan students to ride for free on all Middletown Area Transit (MAT) buses by showing their WesIDs. The University will cover fares by paying MAT for student usage. According to Sustainability Director Jen Kleindienst, the program had 91 rides as of the end of September; students can check bus routes and schedules through Google Maps, the MAT Bus Tracker app, the MAT website, or by calling MAT at 860-346-0212.

The Wesleyan Sustainability Office, the Finance Office, and the Allbritton Center for the Study of Public Life developed the program following the introduction of Connecticut’s U-Pass program, which provides free bus and train rides to participating colleges and universities. Kleindienst explained that Wesleyan wanted to try out a different model for free student bus rides since the cost of the U-Pass program is included as part of student fees at participating schools.

“Connecticut introduced the [U-Pass] for state colleges and universities several years ago, and we liked the idea for Wesleyan, but didn’t think an ‘everyone is required to pay’ model would work here,” Kleindienst wrote in an email to The Argus. “We decided to start small working with Middletown Area Transit, and keeping it simple by having Wesleyan fund all student rides for this semester.”

MAT Executive Director Joe Comerford also explained that WesPass is different from other free transportation programs like U-Pass because students can use their WesID to ride MAT buses instead of needing a separate bus pass.

“There’s no need to get a separate pass like some of the other programs in Connecticut do, [where] you have to actually go to some location on campus or online and order a pass and then use the pass,” Comerford said. “We eliminated that step to make it a little easier.”

The University initially intended to debut the pilot program in spring 2020, but the COVID-19 pandemic pushed those plans back to this academic year.

“This summer, Jen [Kleindienst] approached us again, saying that [the Sustainability Office was] interested again with the University coming back all in person again—mostly in person—that it would be a good time to continue,” Comerford said. “So what was agreed on was a pilot for this semester, the fall semester, to gauge the success and the interest among students for such a program, and just starting it with just the local routes and evaluating it from there.”

Kleindienst explained that the program hopes to see at least 300 individual students riding MAT buses this semester. The University will evaluate student ridership at the end of the fall to determine whether to continue the program in the future.

“If we see at least the minimum participation, we hope to extend this pilot program into the spring,” Kleindienst wrote. “In the long-term, we’d like to figure out a way to offer students semester-long bus passes at very low prices, likely with some subsidization by Wesleyan for low-income students.”

For now, the program is focusing on raising student awareness of WesPass. Both MAT and the University have been working with CTrides, a Connecticut state program for promoting public transit use, and are hoping to see an increase in ridership once there has been more promotion of the program.

“Considering that we really didn’t have the word out until a couple weeks into the semester, we had already had almost a hundred uses of it, so it’s a good start,” Comerford said. “These things always take time to get the word out—that never happens fast—and we all felt that that was a good start based on the very limited amount of publicity that had happened so far.”

Comerford believes that the WesPass program offers MAT a chance to expand its rider base to include more of the Wesleyan community.

“From our perspective, we’ve been looking for an opportunity to partner with Wesleyan because there are a good number of students right here in town and we do have a service that goes right through the campus, right on the edge of the campus,” Comerford said. “And so there’s always been a good opportunity there to help move more Wesleyan students, faculty, and staff that really wasn’t fully being taken advantage of. So we’re hoping that by eliminating the fare, [making] it really easy to ride, that will be the first step towards getting more Wesleyan-affiliated people to use our services.”

WesPass also provides an opportunity for MAT to improve its bus services.

“The goal is always to try and better serve the Wesleyan community,” Comerford said. “They’re an important part of the Middletown community, so to us, it’s very important that we’re serving the University well, better than we have in the past because we know it can improve, and so we have some plans to do that and having a partnership like this helps us do things like rearrange our routes, better serve the campus.”

Kleindienst explained that the program is also important because it takes a step towards reducing Connecticut’s total greenhouse gas emissions. Transportation emissions, which mostly come from single-occupancy vehicles, account for 38% of Connecticut’s total emissions. An increase in student ridership on MAT buses would support the state’s goals of reducing greenhouse gas emissions to 45% of 2001 levels by 2030 and 80% of 2001 levels by 2050.

“As Wesleyan moves forward in its plans for carbon neutrality, addressing greenhouse gas emissions from transportation are a key component,” Kleindienst wrote. “While non-commuting student travel is not part of the calculations for Wesleyan’s total carbon footprint, it is part of Connecticut’s primary emissions source…. Increasing student usage of MAT buses would help work toward these emissions reduction targets.”

Eco Facilitator Latonya Smith ’24, who is working with Kleindienst to expand outreach for the program, believes WesPass is important for students on campus because it provides a more sustainable transportation option than student cars.

“[Driving cars while on campus] is not as sustainable, and that’s our goal as Eco Facilitators, to make sure that we keep our campus as sustainable as possible and try to reduce our carbon output,” Smith said. “We could do with less carpooling…because the buses just create a more convenient way and a better option for us, because instead of creating our own carbon emission, we could just tag along with the city’s.”

“[The buses are] passing Walmart and Shop & Stop, which is where we frequent mostly, so [we] might as well hitch a ride with them,” Smith said. “It’s also good in terms of saving money because for us, as students as well, we really don’t have to spend so much on gas because buses are free.”

Comerford, who went to the University of Connecticut, said that his time at college in a more remote area gave him a first-hand experience of how important being able to travel can be for college students.

“When you get into college, it’s important to be able to get around, especially when you’re not able to have a car on campus, so it’s critical,” Comerford said. “And [for] international students, it’s just not practical to have a car on campus, so we want to be able to meet their transportation needs and particularly the local ones here in Middletown. There’s lots of places, lots of things that our [bus] routes go to already, that students really benefit from being able to access, whether that be shopping, the medical offices…or a job off-campus somewhere.”

Smith hopes that students will take advantage of the pilot program and make use of MAT buses to get around Middletown and travel off-campus.

“I’d like to tell [students] to give it a chance,” Smith said. “I know not many people like taking public transportation, but if they could think about the goal of it, we’re just trying to make the environment a little bit better. So if they could just push that aside and give it a chance, I’m sure it would be a great experience for them.”