The Power, Emotion, and Captivation of Adele’s “30” 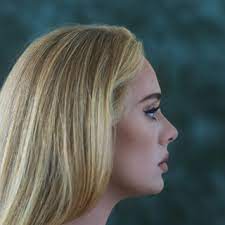 I’d like to think that 95% of the country’s population would define themselves as Adele fans. While I am far from superfan or stan status (as I opt for more mainstream hits like “Someone Like You,” or “When We Were Young”), I can confidently say that there is perhaps no better recent case of an artist unveiling their vulnerability and emotion than Adele’s “30.” From the devastating opening line of “Strangers by Nature” to the cinematic conclusion of “Love Is A Game” (a title eerily similar to one of my favorite Amy Winehouse songs, “Love Is A Losing Game”), Adele has proven that despite genre, subject matter, or experimentation, she is still a public and musical powerhouse in 2021.

“30” comes after Adele’s divorce from her husband, Simon Konecki, and was credited as her most personal album even before its release. While the sound of  “Can I Get It” and “Cry Your Heart Out” beg to differ, the album is incredibly introspective, documenting the singer’s deepest emotions, mental illness, support systems, and coping mechanisms. The conclusion of “Love is a Game” wraps up the work, signifying that although the issues and themes are still prevalent in Adele’s life, she has entered a new stage where she centers herself and her emotional well-being. The growth that that singer undergoes and shares throughout the album is one of its most powerful components.

Beyond the album’s emotional weight, Adele incorporates a number of genres within her music. For instance, “Can I Get It” explores traditional and classic rock sounds, while “I Drink Wine” is inspired by musicians such as Elton John and other artists of the 1970s. This makes the album that much more engaging and nuanced, underscoring Adele’s versatility and experimentation.

I first took a deeper look into Adele’s album after hearing “My Little Love,” a song that entwines beautiful lyrics and instrumentation with an intimate conversation the singer has with her son, Angelo. The song itself is relatively tough to listen to, but not because it was bad. Instead, I was surprised by Adele’s willingness and ability to break down her personal walls. By doing so, the singer contrasts childlike wonder and adulthood sadness. As such, Adele breaks away from the nuclear family ideal that she has pursued throughout a significant portion of her adult life. Instead, she communicates that she is unable to compare to this ideal. As someone who grew up when Adele was the only thing on the radio, listening to this vulnerability was saddening and unexpected.

Coming after “My Little Love” is “Cry Your Heart Out,” a song that is unexpected in completely different ways, and is actually my favorite of the album. While coupling lyrics of feeling distant and depressed with an upbeat sound is uncommon in mainstream music, nor is it standard for Adele as an artist, it actually works. The decision symbolizes Adele’s disconnect between being a mother, artist, and public figure, all while navigating her divorce. Despite this complexity, Adele has found some solace in crying and being vulnerable, an effective coping mechanism if I do say so myself.

When I first listened to “Cry Your Heart Out,” I was drawn to the line, “I created this storm, it’s only fair I have to sit in its rain,” primarily because of the imagery of water and weather, an element repeated throughout the album, during “To Be Loved” and the ending of “I Drink Wine.” If I,  a basic Adele fan, were to read closely, I could also draw a connection to one of her most popular songs, “I Set Fire to the Rain.” In each of these songs, Adele uses rain and storms to symbolize both a deep emotional state and the notion of rebirth and renewal.

“Oh My God” also communicates the singer’s catharsis after “Cry Your Heart Out,” where Adele attains a newfound sense of individuality. In many ways, Adele expresses that she is a new person after the emotional weight of “My Little Love” and “Cry Your Heart Out.” “Oh My God” is Adele’s realization that she can operate in the world after divorce, setting her on a path to a newfound way of life.

The album’s interlude, “All Night Parking,” serves as a continuation of this self-empowerment by documenting her first relationship after the divorce. While this relationship is mostly to fill a hole (evident in the line “don’t leave me on this stretch alone”), it cements the notion that the purpose of the album itself is to look inwards, prioritizing Adele’s path to emotional stability over anger or disdain. Although Adele eventually refers to Konecki as “lazy” in “Woman Like Me,” the song, again, addresses self-empowerment and self-reliance. In other words, “30” is a story of Adele learning new things about herself.

Despite this growth, Adele maintains that nothing is static. This is most true on “Hold On,” where the singer refers to herself as “small.” This is also seen in Adele’s characterization of herself as her “own worst enemy.” Despite these sentiments, the chorus includes a choir of her friends, underscoring the value of emotional support. As is the case with most Adele songs, the song is ultimately depressing, but also forward-looking. To Adele, progress comes from vulnerability. Of course, that belted note at the 4:30 mark is more than worth a listen. In many ways, “Hold On” is the perfect segue to the album’s final two songs.

“To Be Loved” is easily one of the album’s saddest tracks (and Adele’s entire canon). The song documents the effort and passion she put into her previous marriage, only to have it come crumbling down. Adele does this through the symbolism of a “house for love to grow,” which sadly resulted in her “painting walls with all my secret tears / filling rooms with all my hopes and fears.” The song nevertheless continues by portraying how she has learned to be her own support system but leaves the relationship with no regrets. Despite the pain of building and ending a relationship, she is willing to try it all again. This is the perfect encapsulation of the album: despite the devastation of her relationship, Adele is continuing to look forward.

If you were unaware by now, I am very much a fan of this album. While the tracklist can feel repetitive at times, I, perhaps controversially, see it as Adele’s best one so far. The album is experimental, introspective, and bold, especially considering its hype. Suffice to say, I am a “30” fan, and you should be too.