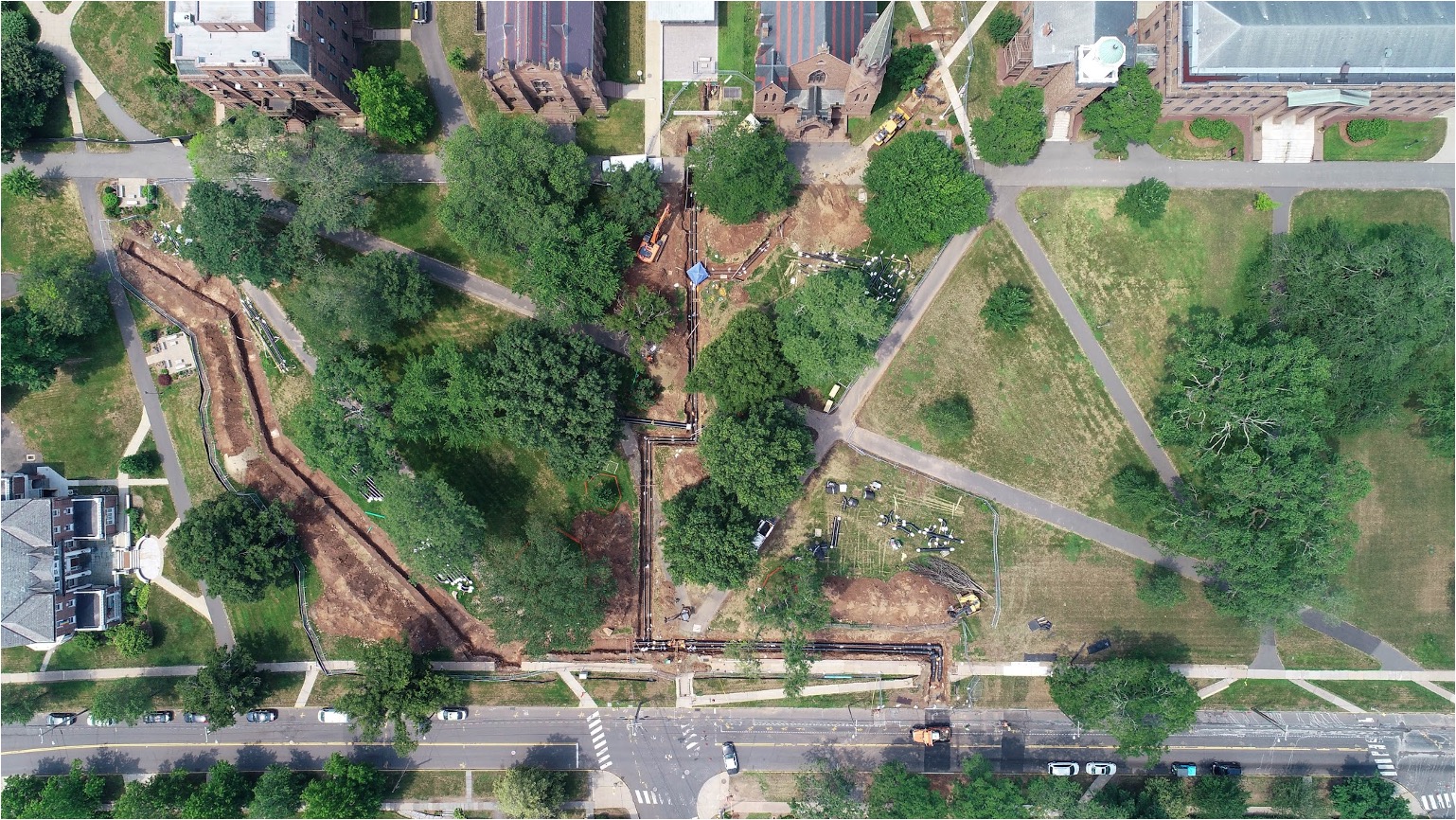 The second phase of the University’s steam to hot water pipe conversion, completed over the summer, saw the installation of underground piping from the central power plant to the Public Affairs Center (PAC) construction site, which connected the Memorial Chapel, the Patricelli ’92 Theater, South College, and Judd Hall to the hot water system. The installation cost $2.8 million and followed the completion of the first phase of the pipe conversion in October 2020, which facilitated the installation of pipes connecting the power plant to Fisk Hall, the Center for the Americas, Boger Hall, North College, Usdan University Center, the President’s House, and the Center for the Arts (CFA).

The steam to hot water pipe conversion is one of the major steps towards the University’s sustainability efforts to reduce carbon emissions. Sustainability Director Jen Kleindienst explained the importance of the conversion project for a transition to renewable energy.

“This is an essential step toward true net zero carbon emissions,” Kleindienst wrote in an email to The Argus. “It’s not possible to generate steam with renewable energy, but it is possible to generate hot water; converting all of central campus to a hot water energy delivery system makes the transition to a renewable energy-powered campus possible.”

The entire hot water conversion project is expected to be completed by 2029, coinciding with the ongoing construction work at the PAC and the plans for the new science building. The two completed phases so far account for 25% of the University’s total campus heat load, according to Project Engineer Andrew Plotkin. Plotkin explained that the next phase of the conversion is planned for the summer of 2022, before the 2022 heating season begins.

“We are currently in the process of obtaining funding and board approval for Phase 3, which includes underground distribution piping into PAC and through the PAC construction site,” Plotkin wrote in an email to The Argus. “We plan to convert three additional buildings next summer: Olin Library, Allbritton, and Clark Hall and leave future connections points for Exley and the New Science Building.”

The Physical Plant team is also currently working on designing phases four and five of the pipe conversion, which are projected to be completed in 2023–24 and will build off of the completed installations from the first phase of the project.

“We are currently designing Phase 4 & 5, which will continue the work from Phase 1 by connecting to the underground piping that ends near CFA Music Studios,” Plotkin wrote. “We intend to bring this pipe across Wyllys Ave and to the base of Foss Hill. It will then branch West, up Foss Hill, to connect Foss 7, 8, 9, 10 and the Observatory.” 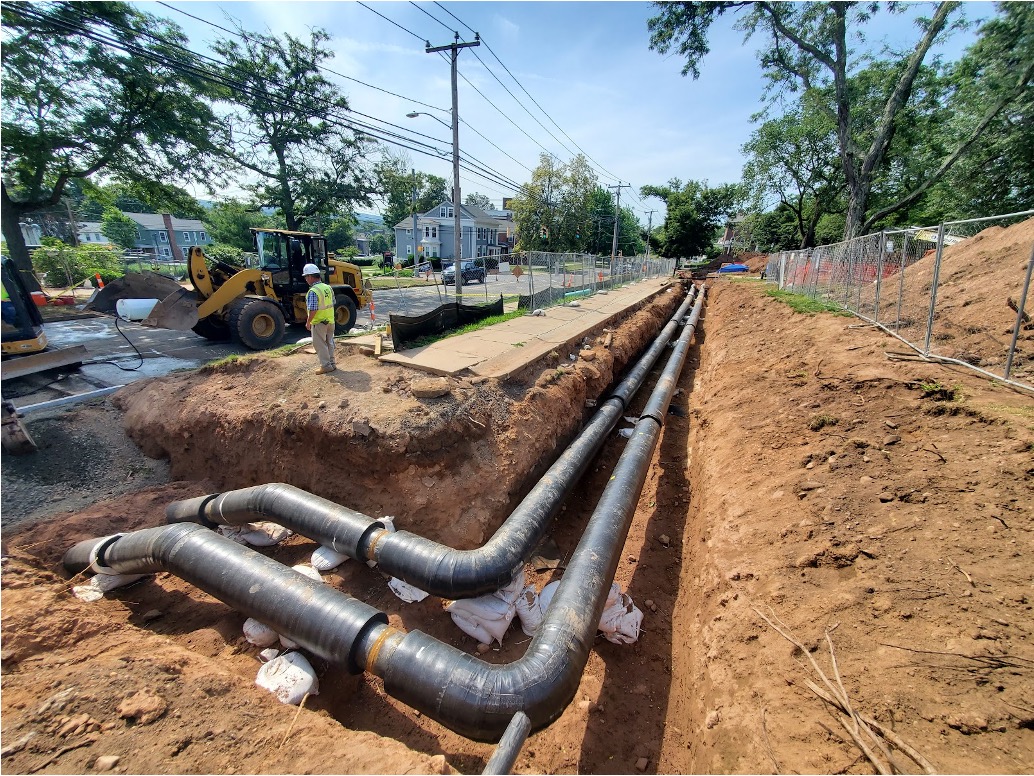 “While we didn’t initially intend to execute this work [during the summer], the aged steam coils prompted us to re-sequence this work,” Plotkin wrote. “The administration was very forward thinking and gave us additional capital funds to convert the system to hot water rather than replace the steam coils with new ones, which would just be removed and replaced with hot water coils within the next 4 years.”

An accurate estimation of the energy impacts of the pipe conversion project will be difficult to measure until the end of 2024, when Plotkin expects that Physical Plant will be able to turn off the current steam system for the northern portion of campus.

“Compounded with the impact of COVID on our energy use due to less occupancy, but increased ventilation rates, at this early stage of the conversion process [it’s] extremely difficult to quantify the total energy savings and carbon reductions,” Plotkin wrote. “The largest savings will come from turning off our steam system. With the current phasing, we will be able to turn off the entire Northern half of campus by the end of 2024, at which point we will have enough data to calculate emissions reductions.”

Plotkin reiterated the importance of the pipe conversion in helping the University attain its carbon neutrality goals.

“The physical plant team, sustainability committees, and Wesleyan administration [have] spent a great deal of effort to design, plan, fund, and begin execution of our Energy Master Plan,” Plotkin wrote. “No single action will eliminate our carbon footprint, but with the entire University working together toward a common goal, we have an achievable plan in place to reach carbon neutrality by 2035.”