Board of Trustees Extends President Roth’s Contract to 2026 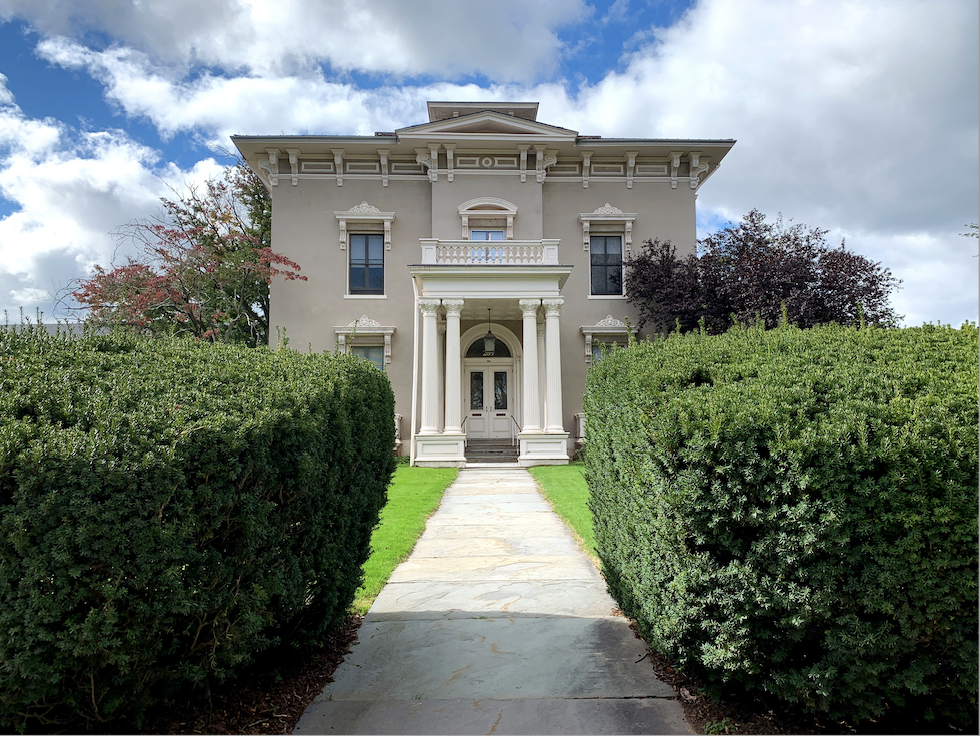 The Board of Trustees has extended the contract of President Michael Roth ’78 through the summer of 2026. The contract was signed and exchanged on Oct. 11 and adds an additional three years to Roth’s previous contract, which was slated to end in the summer of 2023.

According to Chair of the Board of Trustees John B. Frank ’78, the Board has been discussing Roth’s contract renewal for the past 12 to 18 months.

“We began to think about how to do that, and ultimately we concluded that it would make sense to extend Michael’s contract for an additional three years, running through June 30, 2026,” Frank said. “That process, as you can imagine, involves lawyers and outside compensation consultants. It took a couple of months to formalize the new contract and new compensation arrangement, which culminated in a final signed agreement on Monday, Oct. 11.”

Even though Roth’s current contract does not expire for another two years, the Board wanted to decide on an extension sooner rather than later.

“We, as a board, did feel it was important to remove any uncertainty about who was going to be President,” Frank explained. “We’re engaged in building efforts and planning for Wesleyan’s bicentennial, and we felt it was in the interest of the University to extinguish any chance there would be any doubt or debate about Michael’s tenure so that everybody could focus on what we think is most important to Wesleyan, which is continuing to make it an even better place.”

Frank also highlighted the need for continuity in University leadership.

“By this point, Michael has important relationships with many members of the faculty, of the staff, and of alumni. He’s in a very good position to be a spokesperson and an advocate for Wesleyan, in a different way than someone new to the role might be,” Frank said.

Although there is no official contract renewal process, Frank explained that part of the job of the Board of Trustees is to review and assess the president on an ongoing basis.

“The board works closely with the President, and the President reports to the board, so we have ample opportunity to observe the president informally and formally,” Frank said. “In addition, we have an annual review process that involves establishing goals for the president and assessing the president’s performance towards those goals.”

While the contract negotiation was not public knowledge until an all-campus email was sent on Oct. 11 announcing Roth’s contract renewal, members of the Wesleyan Student Assembly (WSA) became aware in May 2021 and reached out to the Board of Trustees to discuss the matter further. Members of the WSA Leadership Board expressed frustration at the lack of community input in the decision.

“We thought we should have a say, or be able to provide feedback and made the argument that even for faculty, when they’re getting moved up for tenure, we’ve given feedback,” WSA Academic Affairs Committee (AAC) Chair Ben Garfield ’22 explained. “If there was a search for a new President, we would have been included, which is what’s strange to us. When there’s a presidential search, students are involved, faculty are involved, staff are involved. There are different committees that do the hiring for that so it’s weird to us that in the renegotiation process, we wouldn’t be involved.”

Nguyen emphasized that in reaching out to the Board, the WSA was hoping to elucidate the contract renewal process for the general student body.

“We weren’t necessarily thinking about the actual end result and more about the process. The principle of it seemed really wrong,” Nguyen said. “Roth has done great things for the University, we need to acknowledge that. He came in and saved us from a financial crisis so every community member does know that he’s done really good things for us and I’m sure he has more ideas to do. We weren’t necessarily trying to change anything in terms of the result but were trying to fight the process.”

“We keep saying we’re progressive and yet throughout our whole history there’s been a white man as president of the University,” Nguyen said. “Maybe we need to actually rethink it because the President is not only a fundraiser…. The president is in charge of the morale of the community.”

“Our hope is not only that the information about the process is a detailed document that is accessible to the public, but also that in that process there is some room for students, faculty, and staff to provide feedback without fearing retribution or anything,” Nguyen said.

Frank highlighted that the Board of Trustees receives feedback on a continual basis from members of the Wesleyan Community.

“We observe the President interact with all of those constituencies very regularly and it won’t surprise you to know that people tell trustees, including me as the Chair, on an ongoing basis their own assessment of the president,” Frank said. “So while there is no formal process to solicit the opinion of students or the opinion of faculty, it’s definitely taken into account and we have no shortage of input.”

Based on feedback from campus community members, the Board felt that Roth has had an overwhelmingly positive impact on the University.

“Michael has widespread support among the Board and, generally speaking, across all of the important constituencies of the University,” Frank said. “The Board believes he’s executed his responsibilities with great distinction, and we feel very fortunate to have him, and we feel fortunate that he’ll be around for the next five years or so to help carry us through the planning for Wesleyan’s bicentennial and through the bulk of the building campaign we’re involved in right now.”

Frank elaborated on Roth’s contributions to the University during his tenure as president, noting the revenue Roth has brought in. During his first ten years as University president, Roth raised over $482 million dollars through the This is Why fundraising campaign. Frank also emphasized the various building projects that have succeeded under Roth’s leadership and will continue over the next five years.

“I really think it’s very much in the interest of the University to have this continuity to see us through our planning for the bicentennial, our execution of the PAC renovation and life sciences and art gallery construction, and to continue our path towards greater sustainability and greater access,” Frank said. “All of these things are very important, and I would not have wanted Wesleyan to experience the loss of the momentum that inevitably would have been associated with any transition in leadership.”

Reflecting on his tenure, Roth noted the importance of building projects, but also emphasized other important achievements.

“I never thought of myself or my time at Wesleyan as being oriented toward facilities,” Roth said. “I’m much prouder of the creation of the six interdisciplinary colleges and of the emphasis on increasing financial aid for students as a percentage of the budget every year in the last few years. I hope to continue to do that over the next several years. I’m proud of the emphasis on adding faculty positions so there are more faculty per student than they were before.”

Now that his contract is renewed, Roth has a number of goals moving forward.

“[I hope] to create interdisciplinary programs wherever we can, whether that’s through something like the Albritton Center or the Shapiro Writing Center,” Roth sad. “I hope that there will be a College of Computational Studies, as well as a College of Design Engineering. These are programs that will have an impact on students’ education without new requirements.”

Roth also highlighted the importance of strengthening the student experience.

“The student experience is really important to me,” Roth said. “I think continuing to build on the faculty we have, and adding people when appropriate, is another important goal for the next few years. We also want to support creative practice and research. I want to raise money to help faculty and students have the time and the resources for their own personal work. The [student] experience includes lots of co-curricular things. Although we don’t have plans for massive investment in residence halls, we do have plans for improving psychological services and advising. This is very high on the agenda for enhancing student life and student culture on campus.”

He also emphasized the University’s commitment to sustainability and other areas for improvement.

“I want to make sure that we use resources in a sustainable way so that we become carbon neutral by the 2030s,” Roth said. “That takes a significant investment in energy infrastructure. There’s a lot to do with finance and the guts of the place, its sustainability. There’s a lot to do in student life and academics. And there’s a lot to do on improving access to more financial aid. The buildings are very important, but these other things were kind of closer to my own interests and passions.”