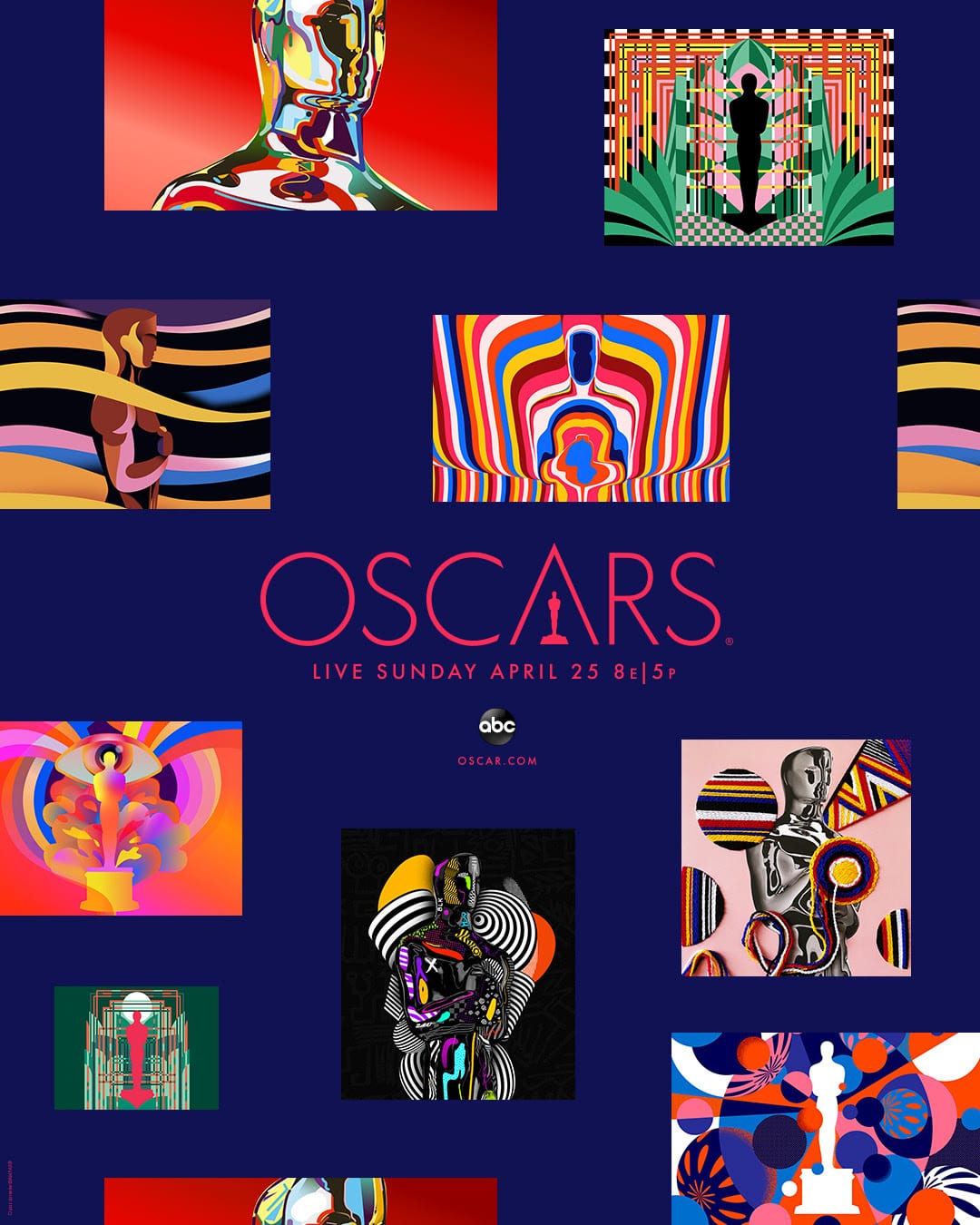 After a pandemic-related delay from its original February date, the 93rd Academy Awards are scheduled to take place on April 25. On March 15, this year’s slate of nominees were unveiled, revealing a more diverse and eclectic pool than most years past, hitting historical milestones while celebrating some exciting filmmaking.

Issues of diversity have dogged awards shows like the Oscars in recent years. In response, the Academy of Motion Picture Arts and Sciences, which votes on the awards, has made efforts to diversify its voting body. In 2016, around the time of the #OscarsSoWhite controversy surrounding the lack of people of color among all nominees, the roughly 6,000 members of the Academy were reportedly 75% male and 92% white.

Five years of efforts to expand the voting body later, there are now over 9,000 members of the Academy, with this past year’s 819 new members being 45% female, 36% people of color, and 49% from countries other than the United States.

While this year provides only a single data point in these institutional changes, the changing makeup of the Academy may be taking effect, as this field of nominees is historically diverse. #OscarsSoWhite was coined in response to every one of the 20 nominees for acting being white in both 2015 and 2016. Even last year, only one acting nominee out of 20, Cynthia Erivo for “Harriet,” was a person of color. This year, nine out of the 20 nominated actors are people of color.

This year’s nominees contain a number of milestones for Asian nominees in particular. Steven Yeun, who was born in South Korea before moving to the United States as a child, is the first Asian-American nominee for Best Actor in a Leading Role, for his performance as Jacob, the conflicted patriarch of a Korean-American immigrant family in “Minari.” Riz Ahmed, an English actor of Pakistani descent, is the first Muslim Best Actor nominee, nominated for his role as Ruben, a musician struggling to accept his hearing loss in “Sound of Metal.” Together, the fact that two men of Asian descent are nominated in a ceremony that has historically undervalued Asian actors (even as “Parasite” won acclaim last year, none of its actors were nominated) is groundbreaking.

In the directing category, the nominations of Lee Isaac Chung, who is Korean-American, and Chloé Zhao, who is a Chinese-born immigrant to the United States, doubled the number of Asian-Americans ever nominated for Best Director. Chung was nominated for “Minari,” and Zhao for the modern-day riff on the Western drama, “Nomadland.” Previously, only the Indian-American director M. Night Shyamalan for “The Sixth Sense” and the Taiwanese-born Ang Lee for “Crouching Tiger, Hidden Dragon,” “Brokeback Mountain,” and “Life of Pi” had been nominated. Last year’s winner, Bong Joon-ho, for “Parasite,” is Korean and the only other person of Asian descent ever nominated for directing.

Zhao is also only the seventh woman ever and first woman of color to be nominated for directing. She and Emerald Fennell, the director of the feminist revenge thriller “Promising Young Woman,” represent the first instance of multiple women being nominated for directing in a single year, a milestone both Zhao and Fennell also brought to the Golden Globes last month. Both “Nomadland” and “Promising Young Woman” garnered several nominations, including for Best Picture.

Also notable in this year’s slate of nominees is the number of first-time film directors. Among last year’s nine nominees for Best Picture—as few as five and as many as ten films may be nominated, while other categories are capped at five—none were debut features, with several coming from awards season favorites, like directors Martin Scorsese and Quentin Tarantino. Conversely, among this year’s slate of eight nominees, three of them (“The Father,” “Promising Young Woman,” and “Sound of Metal”) are their directors’ debut features. Two more, “Judas and the Black Messiah” and “Minari,” come from directors with backgrounds in independent film; these features are their director’s first with studio backing. While the space for these films to be recognized may only have been created since more well-known directors pushed back their release dates into later this year, the recognition of new voices in cinema is a welcome development for the Oscars.

Despite the encouraging changes, the Oscar nominations are never without some controversy or oddities. One high-profile snub was “Da 5 Bloods,” a Spike Lee-directed film about a group of aging African American veterans of the Vietnam War who uncover ghosts of the past on a search to recover their late squad leader’s remains. The film was praised by critics and considered an early front-runner for the Oscars on its release in June, with Delroy Lindo’s performance as the caustic, PTSD-stricken Paul drawing particular praise. Ultimately, however, “Da 5 Bloods” only received a single nomination, for composer Terence Blanchard in the Best Original Score category.

Barry Jenkins, the director of the 2017 Best Picture winner “Moonlight,” tweeted a photo he had taken upon the release of “Da 5 Bloods” of an Oscar statuette, presumably Jenkins’s own, in front of a shot of Lindo in the film.

“If you had told me that by March 2021 it would be irrelevant I would’ve thought you crazy,” Jenkins wrote.

In a post to his Instagram account, Lee reposted a “Delroy Lindo appreciation post” from music site Okayplayer and announced the sale of limited edition posters for “Da 5 Bloods” titled the “WE WUZ ROBBED” collection, a clear expression of his disappointment in Lindo’s snub.

“One Night in Miami…,” a fictionalized account of a real 1964 conversation between civil rights leader Malcolm X, boxer Muhammad Ali, football player Jim Brown, and singer Sam Cooke, was also considered a major contender, having earned a nomination for its director Regina King at last month’s Golden Globes. The film came away with only three nominations, though, with King having not been nominated. Leslie Odom Jr. is nominated for Best Actor in a Supporting Role for his performance as Cooke, screenwriter Kemp Powers is up for Best Adapted Screenplay, having also written the play the film is based on, and Odom alongside songwriter Sam Ashworth are nominated for Best Original Song for “Speak Now.”

“Judas and the Black Messiah,” a drama set in the late 1960s centering around the relationship between chairman of the Illinois Black Panther Party Fred Hampton, played by Daniel Kaluuya, and conflicted FBI informant Bill O’Neal, played by LaKeith Stanfield, garnered six nominations. Two of these nominations, however, have drawn criticism, as both Kaluuya and Stanfield were nominated for Best Actor in a Supporting Role. While both men share significant screen time, the film’s producers had campaigned for Kaluuya to be nominated as the film’s lead, with Stanfield as in the supporting actor category. The nomination of both co-leads as supporting actors led to confusion, with critics noting that this move implies that “Judas” is a film without a lead role. Stanfield posted, then deleted a series of humorous responses on his Instagram profile. In one, he joked that Martin Sheen, one of only a few white actors in the film who has a minor role as FBI Director J. Edgar Hoover, was the film’s lead, alluding to the Academy’s historic exclusion of Black actors and other people of color from their nominations. In another, Stanfield highlighted the minor milestone that he is the first actor with face tattoos to receive an Oscar nomination.

Despite these awkward choices, this year’s Oscar nominees have largely avoided the missteps and public controversies of the Golden Globes. Whereas the Golden Globes was criticized for its small voting body which contained no Black members, the Academy’s efforts to expand and diversify their voting body seem to be bearing fruit. While the Globes relegated “Minari,” a story made in the United States by an American director about the American dream, to the Foreign Language Film category due to its primarily Korean dialogue, the Academy recognized its artistry with six nominations, including Best Picture. Hopefully the Oscars will continue moving in a more inclusive direction, where the milestones actors and filmmakers celebrate are able to be less like “first nominee of an entire ethnic group or gender” and more like “first nominee with a face tattoo.”