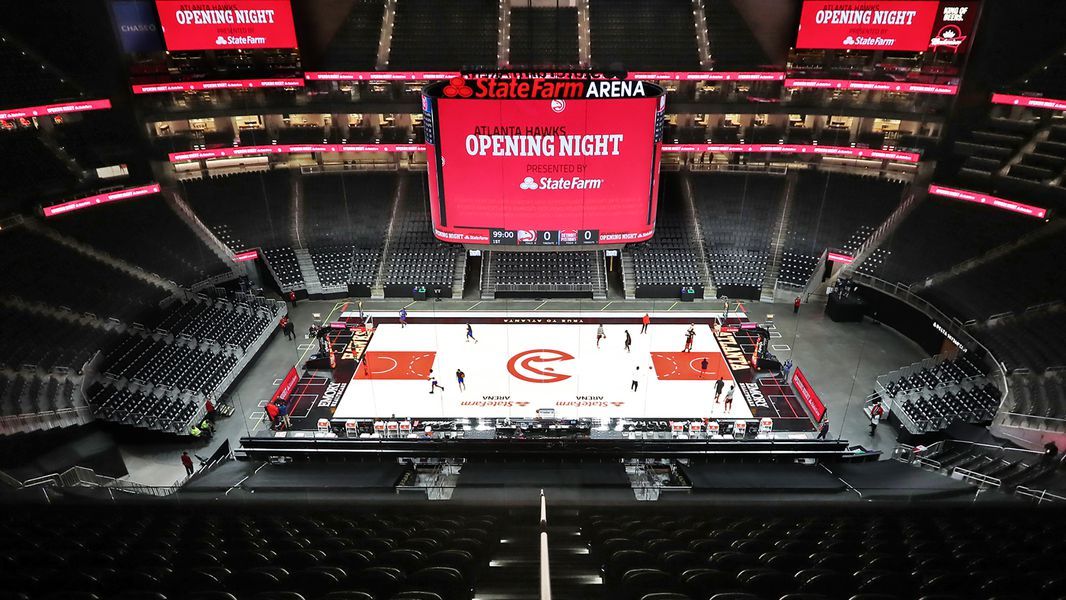 There are few people in the world who would suggest that the National Football League (NFL) is a role model for corporate social responsibility, but the NFL made an uncharacteristically prudent decision in deciding not to hold an in-person Pro Bowl last December. Rather than risking the health and safety of players, coaches, and staff over a glorified exhibition game, the NFL decided to hold a series of virtual events, culminating in real players controlling their simulated selves in a game of “Madden NFL 21.” While the league likely lost viewers in the transition from the gridiron to the Playstation, the decision likely improved relations with players and generated good publicity. In the meantime, media coverage was just as frenzied as ever over Pro Bowl selections and snubs, with the NFL accurately recognizing that fans care more about the rosters of the two Pro Bowl teams than the results of the game itself.

This being said, it’s a shame to see that the National Basketball Association (NBA) has failed to follow the example of its counterpart, choosing to hold its annual All-Star Game, Three-Point Contest, and Slam Dunk Contest as a series of in-person events this upcoming Sunday, March 7, in Atlanta. While fans won’t be permitted to attend the festivities, the league is nevertheless gathering a collection of the world’s premier basketball talent for a close-contact indoor extravaganza. In a time where the United States desperately needs its residents to fight back pandemic fatigue for just a few more months until vaccines are widely available, the NBA has decided to throw caution to the wind for the financial gains netted from holding an in-person game with no actual competitive significance.

Holding a 2020-2021 NBA season of any kind, even such as the bubble-contained playoffs the season before, was never the optimal response from the league strictly in terms of public health; instead, the decision was entirely driven by finances. Largely due to pandemic-related shutdowns and the costly restart in the bubble, the NBA came in $1.5 billion below 2020 projections. For the 2021 season, the losses could be even more severe; in the event of a season fully without fans, the league stood to lose $4 billion, a staggering 40% of the NBA’s regular annual revenue. With such a loss, the league’s salary cap (which is linked to overall league revenue) would have fallen by nearly $20 million, freezing the market for free-agent players and putting every team at risk of paying heavy luxury tax penalties. While most stadiums have allowed limited in-person attendance this season, the NBA still stands to suffer a significant blow to its bottom line.

And so the league has barreled on with its season, plowing past COVID-19 outbreaks and the increased risk of injury in hopes of eventually crowning a 2021 champion. Doing so has already produced tangible human costs. Celtics forward Jayson Tatum, at 23 years old and in peak physical condition, has complained of increased fatigue and trouble breathing as a result of his bout with COVID-19 back in January. Timberwolves star Karl-Anthony Towns, who lost his mother and six other family members to the pandemic, recently contracted the virus as well. The NBA champion Los Angeles Lakers, who had only a little more than two months of rest before the next season began, have seen LeBron James and Anthony Davis both weighed down by nagging injuries.

The players, however, knew these dangers when they chose to play this season; what motivated them to play regardless was a combination of financial benefits and competitive fire. This All-Star weekend, on the other hand, offers neither of those incentives; instead, it forces the top players in the league to put themselves at risk of injury or illness for a game with even less social relevance than the standard NBA fare. Naturally, such a proposal was not particularly popular with the league’s star talent.

“I have zero energy and zero excitement about an All-Star game this year,” said James in a postgame interview in early February. “We were told that we were not having an All-Star Game, so we’d have a nice little break…And then they throw an All-Star Game on us like this and just breaks that all the way up. So, um, pretty much kind of a slap in the face.”

“The big dog says he has zero excitement and zero energy for the All-Star Game, and I’m the same way,” said Antetokounmpo. “I really right now don’t care about the All-Star Game. We cannot see our families.”

Those outside the league have been even more forceful in attacking the NBA’s decision.

“Under normal circumstances, we would be extremely grateful for the opportunity to host the NBA All-Star Game…but this is not a typical year,” said Atlanta mayor Keisha Lance Bottoms in a statement. “People should not travel to Atlanta to party. There will be no NBA-sanctioned events open to the public, and we strongly encourage promoters, clubs, bars, etc. not to host events in the city related to this game.”

NBA fans seem to have taken the hint from the NBA elite in their attitude towards the game. For a made-for-TV event piped directly into their homes at no personal risk, the event is widely unpopular, with an SBNation poll recently finding that 61% of fans disapprove of an in-person All-Star game.

Not everything stemming from this weekend will be a failure; the league will be donating 2.5 million dollars in support of Historically Black Colleges and Universities. Some of these funds are also being routed toward Direct Relief, an organization that provides financial support to communities disproportionately suffering from COVID-19 as a consequence of systemic racism (of course, the NBA could just have easily made this donation without playing the actual game). Even so, the possibility of jeopardizing the health and safety of the best players in the world while simultaneously encouraging irresponsible behavior by the public cannot be ignored. While watching Steph Curry bury three after three this weekend, or while staring, astonished, at Obi Toppin flying above the rim, fans should keep the following in mind: The right venue for the 2021 All-Star game was “NBA 2K21,” not the State Farm Arena.