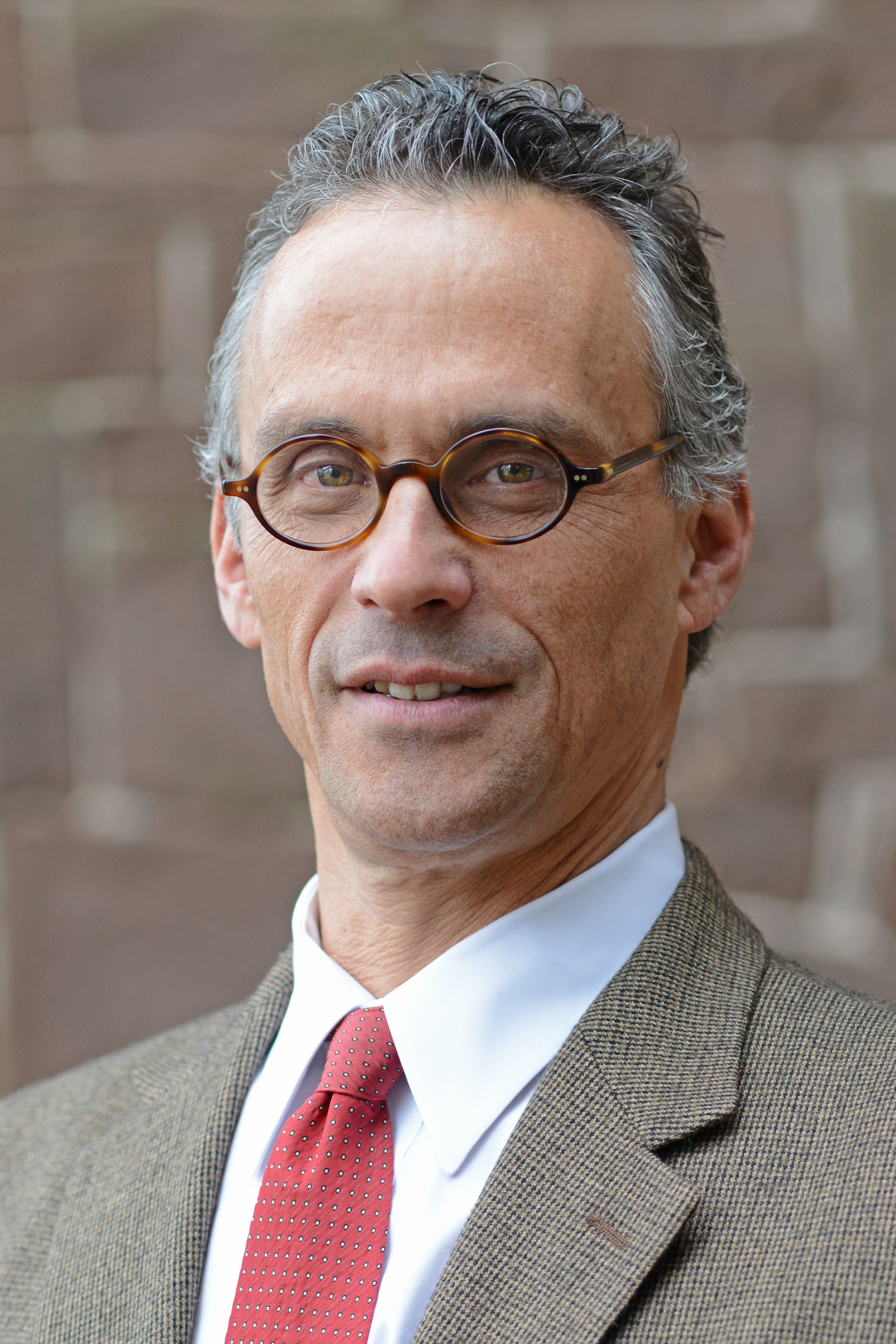 President Michael Roth ’78 addressed students at the University’s fourth biennial State of the School Address via Zoom on Tuesday, Feb. 23. The event was sponsored by the Wesleyan Student Assembly (WSA) and moderated by Editors-in-Chief of The Argus Sara McCrea ’21 and Nathan Pugh ’21. Before the address, students submitted their questions for Roth to the WSA. WSA President Felicia Soderberg ’21 and Vice President Chelsea Dixon ’22, along with McCrea and Pugh, compiled the submissions into questions to ask President Roth during the event.

Roth discussed the initiatives he and his administration are currently working on, especially during the pandemic, including financial aid and tuition, athletics, the Resource Center, and the University’s anti-racist initiatives.

In his introductory remarks, Roth shared his hope for the campus this spring in terms of managing the pandemic and vaccine distribution.

“As the vaccines become more available, we will actually finish the semester with more outdoor activities, safe activities,” Roth said. “By the end of the semester, all the people who work here should have access to the vaccine and many students, I’m hoping.”

Roth also addressed the University’s plans for the 2021-2022 academic year and what he hopes the campus will look like when students return in the fall.

“I think next year we’re going to have all our classes in-person,” Roth said. “I think next year we will be fully on campus. We certainly want to learn from the things we experienced over the last year, and there will be other precautions we will take as dictated by the science when we get to this summer. I think it is very reasonable to believe that all students will have a vaccine before they come back in the fall, as well as the teachers and other student-facing staff, so I think that that will allow us to have a safe enough campus in the fall without some of the restrictions that we are living with now.”

Pugh began the question and answer process by asking Roth how the University plans to address the needs of low-income, high-need students and evaluates those needs, especially during the pandemic.

“We added about $2 million to financial aid this year to address some of those challenges,” Roth said. “As of today, more than 150 students have received close to that total of $2 million for these needs.”

Noting another financial stress on the University as a result of the pandemic, McCrea asked President Roth about the status of the Office of Religious and Spiritual Life (ORSL) budget cuts, which the Office of Student Affairs implemented over the summer and which sparked an interfaith call of protest. Due to the budget reduction, the University discontinued the chaplain positions which specifically served Muslim and Protestant students.

“We are interested in an interfaith chaplaincy,” Roth responded. “What we’re very interested in is encouraging interfaith literacy, spiritual and religious literacy. I think that we’ll get to a plan, and a staffing situation, and to the connection to local resources that will allow us to do that.”

Pugh steered the conversation to students’ mental health concerns by asking Roth for an update on Counseling and Psychological Services (CAPS). Roth emphasized the school’s dedication to supporting mental health.

“We’re looking to hire yet another therapist, and one who has particular expertise in dealing with mental anguish associated with racial oppression or traumatic experience because of racism,” Roth said.

Next, McCrea inquired about how the University is supporting the mental health of first-year students, most of whom have arrived on campus during the pandemic. Roth responded by discussing the strength of the first-year class and the University’s attempts to build connections and share resources with them.

“They’re so smart, they’re interesting, and they’re happy to be in class,” Roth said of the first-year class. “We have to make sure that those people who are suffering get connected to resources and that people have these opportunities to create the kinds of friendship that make an education on campus so dynamic and so vital.”

McCrea continued the discussion by asking Roth about how instructors are adjusting their classroom expectations due to the pandemic learning environment. She pointed out that for the last two semesters the deadline to decide whether to take a class Credit/Unsatisfactory was extended, but it will not be extended for this semester. While professors have the primary amount of responsibility for deciding these expectations, the administration has discussed the toll of the pandemic on students with the faculty.

“It’s definitely not a one size fits all,” Roth said. “So the signals we’ve been giving are to be compassionate, to be flexible, and to reach out and connect with people who might have been left to their own devices before….In most of the small classes that happens quite organically, and in the larger classes, I think people really have to make an effort to reach out and connect to students to see if they’re navigating this time adequately.”

Pugh then shifted the conversation to inquire into the lack of funding and programming for the Resource Center. The Resource Center was built in 2017 in response to a student movement that wanted to provide students from underrepresented identity groups with resources that would help them thrive on campus. Pugh communicated some students’ concerns about the lack of staffing and funding in the center before asking the president how the school plans to address these problems.

Roth first responded by stating that the budget for the Resource Center started out with $150,000, and since 2018, has increased annually to its current budget of $250,000. Roth stated that he hopes to capitalize on this budget increase to eventually hire a new staff member for the center.

“The work of providing resources to students from underrepresented groups is not just the work of the Resource Center,” Roth said. “So I think there’s quite a bit of co-programming going on, and I’m looking forward to, once we’re hiring again, to hiring an assistant director to add more staff support for the good work that’s going on over there at the Resource Center.”

McCrea then asked about the state of athletic restrictions on campus, noting that many athletic leagues in Connecticut and across the country have been allowed to reconvene, but the Presidents of the NESCAC [New England Small Colleges Athletic Conference] have yet to make a decision on this semester’s athletic policy. McCrea inquired into which factors will guide the upcoming policy.

Roth began by saying that he has not met with the NESCAC Presidents yet, but that he will soon. He stated that even if NESCAC decides not to open up, Wesleyan will decide their own athletic policy independently.

“We’ll determine this by the health facts on the ground,” Roth said. “I’m certainly inclined to take small steps to reducing restrictions. And if things stay good, we can reduce more….But I don’t want to be in a situation where people are angry with each other for doing the kind of things they’re good at and work hard at. And I think we should respect that, and also respect that we’ll try to keep the community as safe as we can throughout this semester.”

Pugh then asked what the administration is doing to hire and retain faculty of color, pointing out that the school has done a better job at doing the former (hiring) over the latter (retention).

Roth indicated that he has put initiatives and programs in place that will aid with hiring, retention, and fostering more BIPOC M.A. and P.H.D. students.

“Hiring, retention, and then long-term programs to help build the pipeline—It’s so important that we persist in this,” Roth said. “We have to keep doing this every year. And I think that’s been the challenge. Not for lack of desire so much, but people go on to other things, and we need to stay focused on this for the next ten years to build a more diverse faculty to work with a more diverse student body.”

McCrea asked the next question, inquiring into whether the school has been responding to the financial “Barbell Effect,” a trend that indicates students are primarily paying full tuition or receiving full financial aid, but few students’ financial plans are within these two poles.

Roth stated that this is a problem at not only Wesleyan but peer institutions as well. He mentioned that a future aid formula would benefit more moderate-need families, but acknowledged that there is no perfect solution.

“There is a real tradeoff here, and it’s hard to escape it,” Roth said. “Our financial aid is probably around $70 million a year, it’s a big part of our operating budget. And I think a very important measure of our use of the funds is that a lot of that money goes to Pell-eligible students and their families, and that means that they have high need. And I think it’s really important that we continue to support high need students.”

Pugh then asked the final question on the Board of Trustees’ decision to raise tuition for the 2020-21 academic year,  acknowledging that the University’s finances have been strained due to the pandemic, while also pointing out that this tuition hike would also affect many students’ financial situations. Pugh wanted to know what the future tuition plan for the school would be.

Roth stated that he expects the financial plan will remain the same as it has been, meaning that both the tuition and financial aid would rise in similar proportions to recent years.

Soderberg noted that if students have any questions that were not asked and answered at the address, they can email them to the President at mroth@wesleyan.edu.