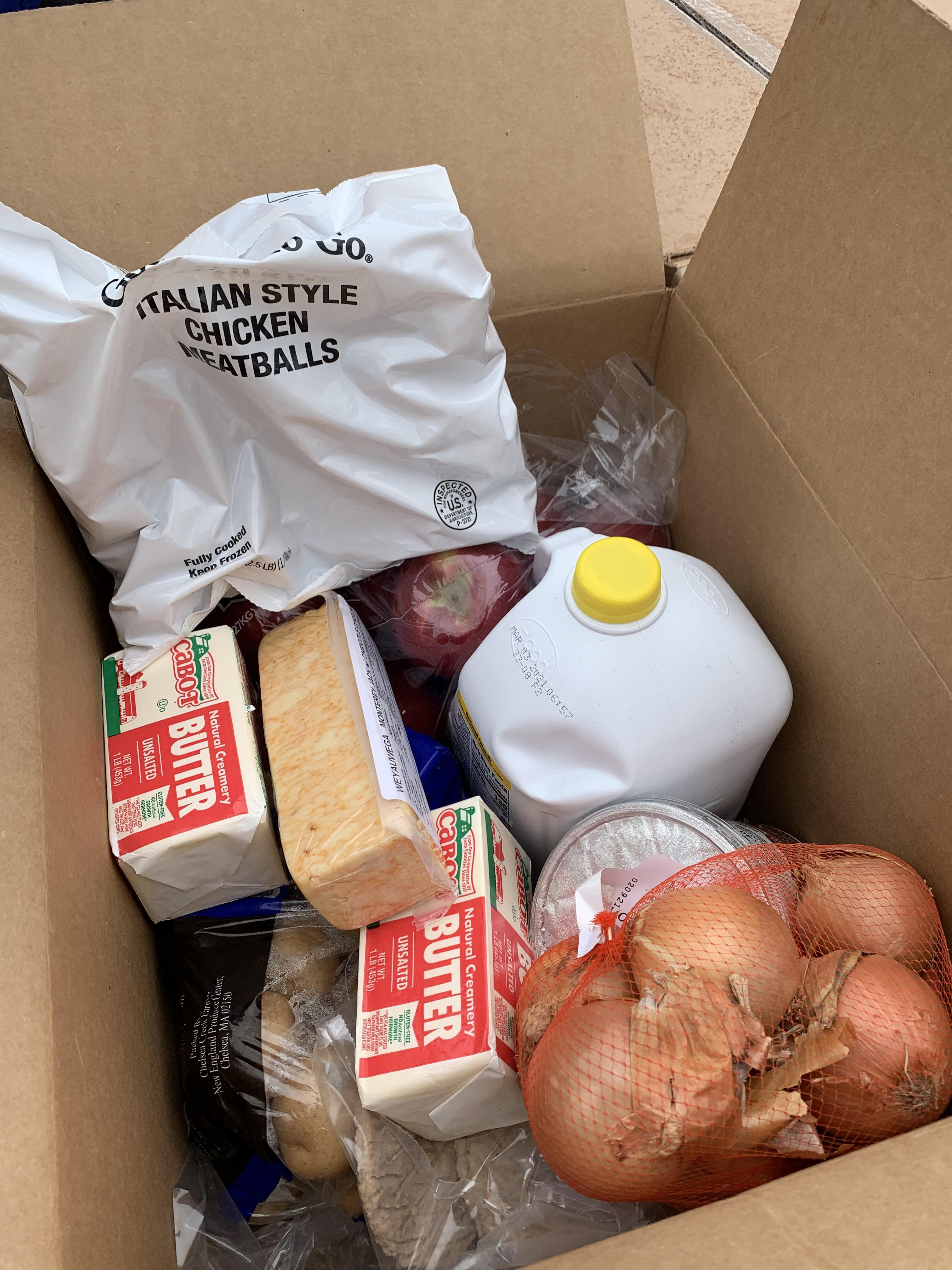 On Feb. 15, nonprofit organization St. Vincent de Paul partnered with United Way to distribute approximately 1,300 boxes of food to Middletown citizens in need. Farmers Feeding Families is a United States Department of Agriculture (USDA) program created in response to food insecurity as well as farmers suffering from the closure of restaurants due to the pandemic. This event marked the fifth time Middletown nonprofits have participated in food redistribution events, distributing between 1,100 to 1,800 boxes in a single day. Congresswoman Rosa DeLauro (CT-D) and Mayor Ben Florsheim ’14 joined over 30 volunteers from both organizations to load boxes of food into people’s cars.

In the past, United Way has set aside a third of the boxes for other nonprofit agencies to give out, while the rest has been given to any community member who stops by the distribution site. There are no criteria for getting a box, so any member of the Middletown community can pick up as many boxes of food as they need. If people say they need four boxes, that’s how many are loaded into their car.

President and CEO of United Way Kevin Wilhelm commented on the empowerment and ripple effect this philosophy creates.

“Anybody can come up and request…a box or two if they want to,” Wilhelm said. “Once we started to determine with an hour to go that we might not get rid of all the boxes, we started asking people if they want extra. Most people say, ‘Oh, I have a neighbor. I have a cousin, I have an aunt, I have friends’ and so they’re not taking extras for themselves…they’re also giving it to other people.”

Initially, the Connecticut USDA Representative reached out to Florsheim to ask which organizations within Middletown could handle food distribution. Florsheim suggested St. Vincent de Paul, since it serves as Middletown’s primary soup kitchen and food pantry. United Way was chosen for its large volunteer base.

“One of the things that has made it go as smoothly as it’s gone, is that we just have so many volunteers, which is such a wonderful thing,” Florsheim said. “There were enough volunteers that people were kind of almost fighting each other to be the one to load the boxes into the car. So that made it super efficient to get people in and out.”

Wilhelm also noted that when the Farmers Feeding Families program started, they were asked to take a tractor-trailer of fresh food each week. However, the nonprofits could not accommodate that large of a commitment.

“Now because of the season, there are fewer tractor-trailers, so there’s just less food,” Wilhelm said. “Now across the state of Connecticut, communities have to compete to try to get one scheduled.”

While getting boxes for distribution may be increasingly difficult due to the changing season, both Wilhelm and Florsheim are optimistic for the future of the program and its presence in Middletown. Money within the federal budget is crucial for the program’s continuation since the federal government uses the money to buy fresh food from farmers that can be redistributed across the country by nonprofits like United Way and St. Vincent de Paul.

“We are in a really good position…because our Congresswoman, Rosa DeLauro, was there,” Florsheim said. “She had been [there] for a long time, a ranking member and then chair of the appropriations subcommittee in Washington that funds this program…hunger and nutrition access has been a long-standing priority for her, both in Washington and literally putting boxes into cars here in Middletown. She is now, as of this year, the chair of the appropriations committee.”

DeLauro’s presence also allowed Wilhelm, along with others, to personally advocate for the continuation of the Farmers Feeding Families program.

“I went over to talk to her as others did, and we said [that] you have to make sure that there is continued funding for this program because it’s super popular,” Wilhelm said. “Every community, whether it’s urban or rural, from all 50 states benefit from this and farmers from all across the country benefit from this, including Connecticut farmers. We got to sort of make our pitch.”

In the meantime, both Florsheim and Wilhelm shared their hopes to continue having food distribution events in Middletown in the future.

“Our role primarily now is to promote it and make sure that people know about it in the community,” Wilhelm said. “It’s been a really great partnership.”

Katarina Grealish can be reached at kgrealish@wesleyan.edu