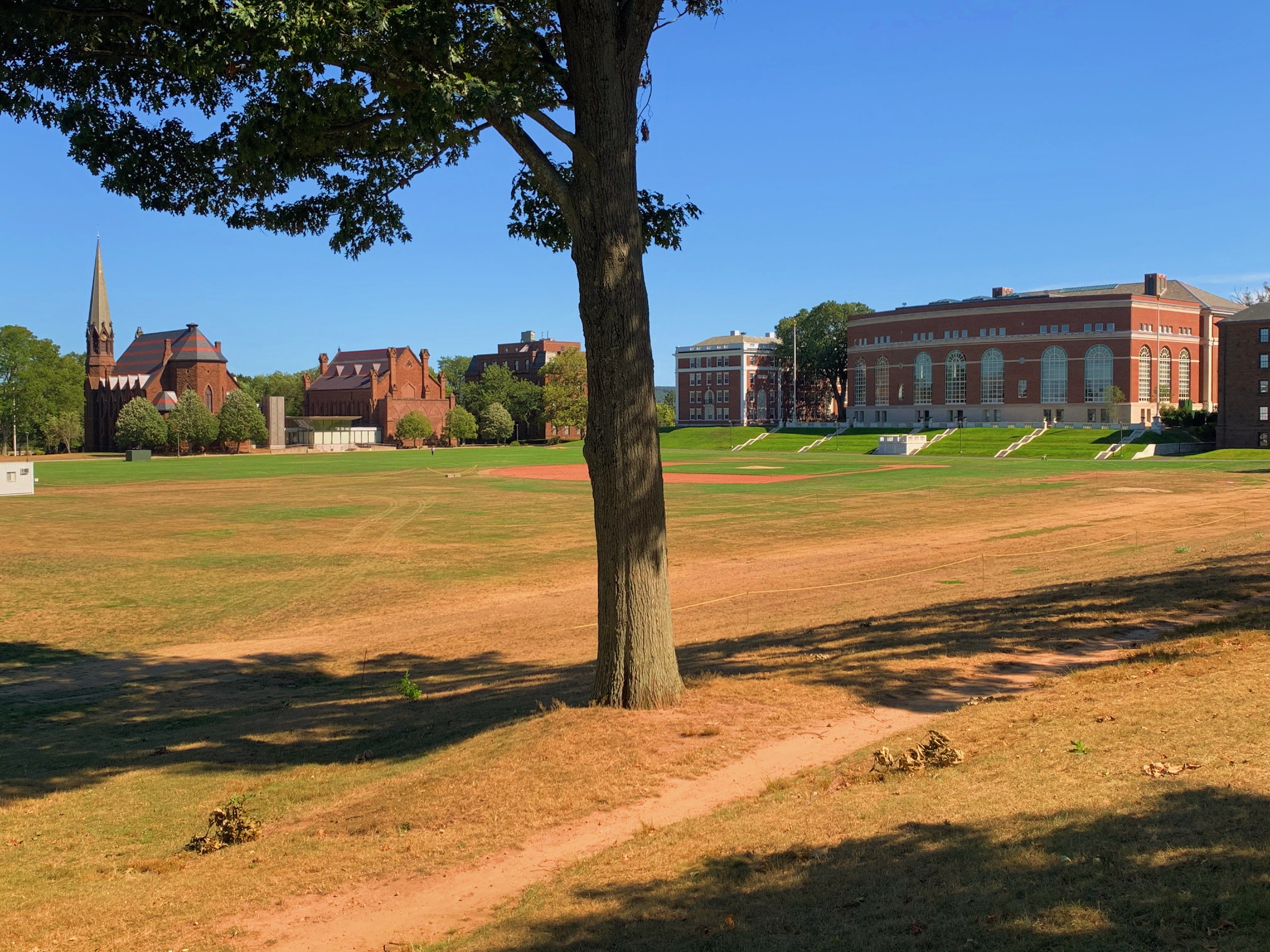 On Thursday, Nov. 19, Dean Rick Culliton sent out an all-campus email announcing new restrictions to prevent the spread of COVID-19 among the student body. Following an increase in COVID-19 cases both on and off campus, Culliton urged students with negative tests to head home as soon as possible.

“I was in econ [when I found out],” Emma Gun ’24 said. “So I shut off my camera and then called my mom. I was like, What do I do?… It was so quick. I just packed up everything and then was gone that night.”

Like Gun, many students were left in a state of panic, scrambling to reschedule travel plans while trying to ensure their own safety and the safety of their families.

“Half my hall was gone in like 24 hours,” Ellie Rosen ’24 said. “It was just a little bit alarming. It was a little abrupt, and maybe like a warning email, or just a heads up email would have been really nice.”

Though the announcement came as a shock to many students on campus, others had been anticipating closing for a while.

“I know a lot of people who decided to go home on their own even before the email was sent,” Gun said. “So we kind of all expected it [to] happen.”

According to COVID-19 testing data from the week of Nov. 16, there were 24 active cases on campus on Thursday, Nov. 19.

“I feel like we all knew someone who either was a close contact at this point, or actually tested positive for [COVID-19],” Gun said. “So everyone was already scared. I honestly thought [the semester] was gonna end earlier. I was prepared three weeks before that to go home.”

After what seemed like a successful semester keeping COVID-19 levels low, it was upsetting for many students to see the announcement come so close to the end of the semester. The University had not had more than 6 active positive cases until Nov. 9 when cases reached 13, which then became 24 the next week.

“I wasn’t expecting it to be then because I figured we had gotten so far,” Gun said. “But yeah, it was just weird how close to the end it was I think.”

In the following days, those that lived close to campus packed up and went home, while those who lived far away felt the pressure of trying to get off campus quickly.

“I was a little bit panicked just because I didn’t want to get COVID and I didn’t really know how to get out quickly,” Rosen, who lives on the West Coast, said. “It [was] just hard because I don’t live close to school.”

Classes immediately moved online, leaving students trying to figure out how to balance school and getting home.

“It was really chaotic,” Ola Szopa ’24, an international student living in Poland, said. “But I feel like all the professors, at least for me, were very understanding.”

Shortly after the school-wide email was sent out, ResLife student staff were informed of their responsibility to stay on campus until Wednesday, Nov. 23, according to an email from Associate Director of the Office of Residential Life Maureen Isleib. In an already stressful situation, student staff members became concerned for their safety as they were expected to stay on campus to facilitate closing down.

“Those of us who either can’t get home right away, or have to stay to do closing are just kind of left to fend for ourselves and aren’t given a good network of support,” a Residential Advisor (RA) said, who chose to remain anonymous for job security reasons.  “I think they should have acknowledged the fact that they were asking us to do something risky to our health and to our family’s health.”

With mounting frustration, ResLife student staff came together and wrote a petition with the support of the United Student Labor Action Coalition (USLAC) to Director of Residential Life Fran Koerting calling for hazard-pay for student staff required to stay on campus. Koerting responded stating that other campus workers did not receive hazard pay and therefore, ResLife staff would not either.

Despite the panic that came with the sudden closure, some students still displayed an understanding for how the administration dealt with the difficult situation of closing campus early.

“No one’s…prepared for this situation,” Rosen said. “I’m just really happy that we were able to be there for most of the semester.”

Jo Harkless can be reached at jharkless@wesleyan.edu