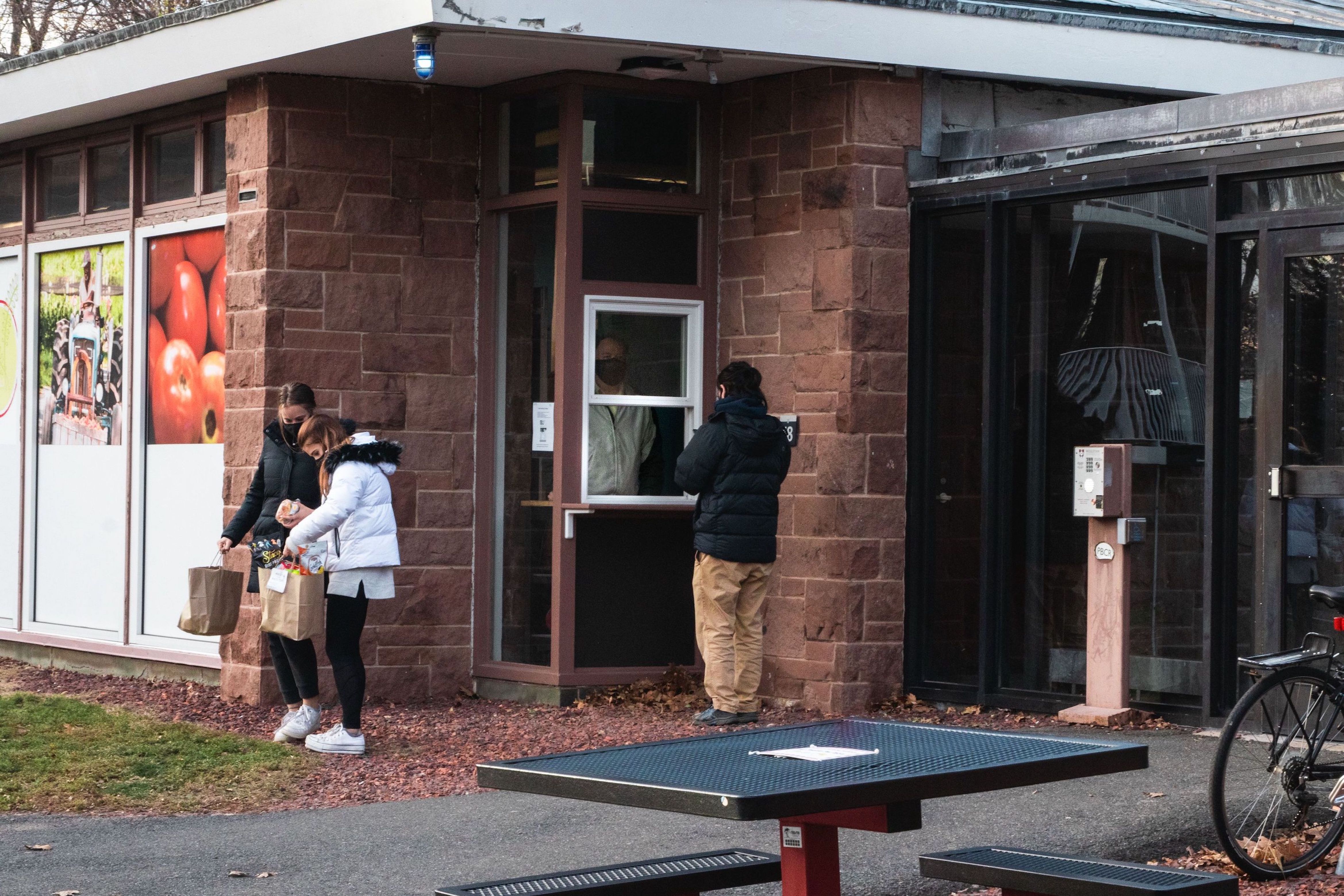 The University shifted to a mobile ordering system for both Weshop and Summerfields (Summies) on Monday, Nov. 9.  The change came as a surprise to many students when the transition occurred a few weeks before students depart campus for winter break.

Many students felt that the timing of the rollout was nonsensical.

“When I found out they were actually doing it, I was honestly a bit confused because it’s already the end of the semester, it didn’t really make sense to me,” Helena Sanchez ’21 said. “I get that they were trying to do a pilot test of it in case they want to do it next semester but I just feel like it’s already kind of hard to go to Weshop because of the amount of people that are allowed to be in the store. At least in my experience with the app so far, it’s become even more inaccessible.”

Sanchez is not alone in her frustrations with the app. Many students expressed annoyance with the app’s various features, namely the lack of product pictures when ordering from Weshop.

“The interface for the app is so unuser friendly,” Sam Ackiron ’23 said. “I’m a very visual person. When I went on the app the first time I typed in tortilla chips but you can’t type in tortilla chips, you need the specific brand, so I literally went to the trash can and pulled out my Tostito bags and then having to type it in.”

Ackiron explained she has now resorted to looking up pictures on her own.

“It’s just me and my browser being like ‘what is the brand of the sparkling water with the polar bear on it’ and they’re like ‘it’s polar seltzer’ and I’m like alright now I can type in Polar Seltzer,” Ackiron said.

Dalia Rubinstein ’21 pointed out how the pictureless interface could pose problems for those with dietary restrictions, especially because ingredients and other nutritional information are not specified in the app’s product descriptions.

“If students are looking to buy like kosher ingredients, you need to be able to see the packaging and see if it has a kosher certification on it and there’s no way to tell that from the online platform,” Rubinstein said. “So students just don’t have that information.”

Rubinstein also lamented the spontaneity of a trip to pre-Wes2Go Weshop.

“A lot of Weshop purchasing is impulsive purchases when you go, when you’re like in Olin [Library] and want to take a study break with your friends but aren’t really looking for anything in particular, you just roam and see what looks good and just buy it,” Rubinstein said. “Here, since you don’t really know when what you want is going to be ready, those sort of impulse purchases happen a lot less.”

Sanchez had similar sentiments about the freedom of roaming the aisles.

“I feel like Weshop for me was always a place I would stop in,” Sanchez said. “I never really planned when I was going or I would have a little list but I would pick things up while shopping. It’s definitely changed my shopping experience. I’ve actually only ordered once in the week it’s been opening because I just haven’t really had the energy to figure it out.”

Another complaint has been with the timing of pickups from Weshop.

“You can only order things for a time that’s on the hour, so 3:00 p.m. or 4:00 p.m. or whatever,” Rubinstein explained. “Which first of all, is inconvenient and inflexible and pretty badly adapted to class schedules and when classes get out. Like people want to go to Weshop when their class ends at 2:20 for example and they have 40 minutes to wait. It’s inconvenient.”

Not everyone’s experiences have been quite so negative. Summies regular Harrison Tan ’21 remarked that while it was a bit cumbersome to set up the app, he has enjoyed its features.

Tan also pointed out other positives of the new system.

“I don’t wait in as many lines,” Tan said.“You can just walk in when your order is ready.”

Ori Cantwell ’22 also mentioned that while he does enjoy grocery shopping, he understands the need for the change.

“I am someone who finds a lot of joy in grocery shopping and believes that we should find joy in the little things and routine and Weshop was a routine that I really valued,” Cantwell said. “However, I understand that this is the safer route, especially when we come back in the winter in February. COVID cases will probably be worse, we will need safer options.”

However, even those who did have initial negative reactions to the app recognized the potential for improvement.