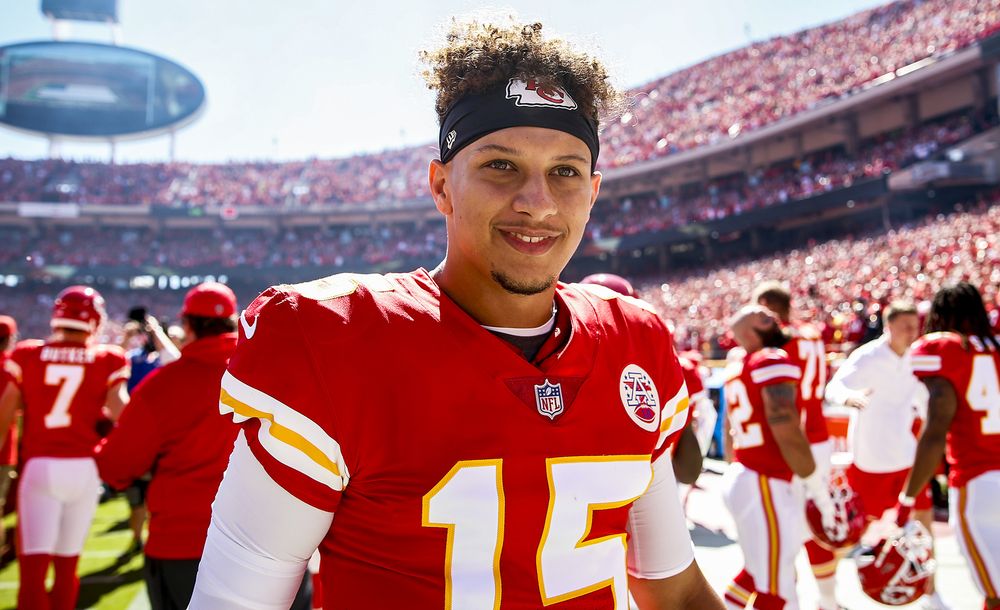 As I sat watching my NFL RedZone on Sunday, I was struck by how much I have been enjoying football this year. Maybe it’s because the NBA and NHL are delayed until Christmas, but I now plan my weekends around Sunday football like never before. Obviously, the COVID-19 outbreak has marred the beginning of the season; it’s sort of silly when teams lose their quarterbacks, tight end rooms, or entire roster (I’m looking at you Titans). Despite the unusual game times and random bye weeks, however, the play on the field is as competitive as it ever has been.

Like any season, the major storylines are the most successful teams. To make things quick, I’ll go through the important teams and denote them “frauds” or “legit.” While I personally believe that season is just a long way to crown the Chiefs (legit) as champions, currently the Steelers (frauds) with ancient Ben Rothlisberger, own the league’s best record. The Titans (legit) have been perhaps the most enjoyable team to watch, with a scrappy defense and budding superstar A.J. Brown making plays on a weekly basis. The other teams in the race in the AFC East are the Ravens (frauds) who have no idea how to play from behind. The Bills (frauds) have a quarterback who is just itching for a big moment so he can lob a ball into the waiting arms of the defense. The Browns (frauds) are actively working to ensure that their talent does not lead to success. The Dolphins (FUN) probably have no chance, but no one expected them to be here. Their rookie quarterback Tua Tagovailoa has looked exciting, and their defense, coached by young superstar head coach Brian Flores, has been dynamic. The Colts (frauds) once again don’t have a good quarterback, as Philip Rivers’ arm angle has become almost underhand as he approaches 40. The Raiders (frauds) are spectacularly boring, with no truly notable players and the second most annoying coach in the league (Pete Carrol is number one). I can’t wait for this team to lose their next five and fall out of the playoff picture.

The NFC, which for the past ten years has looked to be the dominant conference in football, finally looks to be weak again. The NFC East will be examined in the next section as none of them deserves to carry Pat Mahomes’ water. The Packers (legit) are atop the NFC north. You might be saying to yourself, “John, but aren’t the Packers total fraud losers?” On a normal year, absolutely, but something looks different. The Bad Man (Packers Quarterback Aaron Rogers) looks locked in after the drafting of rookie signal-caller Jordan Love; DeVante Adams and Aaron Jones are at the top of their game, and more importantly, they have followed both their losses up with convincing wins. The Bears (frauds) are still reeling from drafting Mitch Trubisky, and even Nick Foles isn’t enough to make this offensively bad offense go. The Saints (frauds) are just going through the motions until their inevitable postseason collapse. The Buccaneers (legit) have assembled a Pro-Bowl team roster, but the pieces have not gelled yet. Brady et. al. looked lost on Sunday night and this team needs a serious restructuring on the offensive line to go anywhere. The Seahawks (frauds) have continually proven that a Pop Warner football team could probably drop 40 on them. Without Russell Wilson playing perfect football on a weekly basis, this team would be in the Trevor Lawrence sweepstakes. The Cardinals (legit) look awesome. Kyler Murray has been an alpha dog on the field, and their wide receivers are explosive. Everyone’s favorite dark horse might be a year too early, but they looked poised for a deep playoff run.

The last narrative that has controlled the first half of the season has been the schadenfreude in watching hated teams fall apart. The Patriots looked poised for their first losing season in 20 years; Belichick is making excuses to the media, and up until this past weekend Brady was tearing it up in Tampa Bay. Of course, haters of the Patriots were overwhelmed with glee when they watched the Golden Boy chuck up 3 picks and fall on his face on primetime Sunday night. The failure of the Pats has even prompted some to ask whether the future Hall of Fame Coach was on the hot seat. The Cowboys, and frankly the rest of the NFC East, have also been a spectacular disappointment. The worst division in football is taking it to new levels this year, as the Eagles lead the way with a pathetic 3–4–1 record. Finally, the Falcons and Chargers once again kept their fans on the edge of their seats for three hours before leaving them disappointed as both teams have taken a MasterClass in failure.

Anyways, what a fun season; I’m looking forward to the second half.