The Era of the Nonpolitical Athlete Is Over 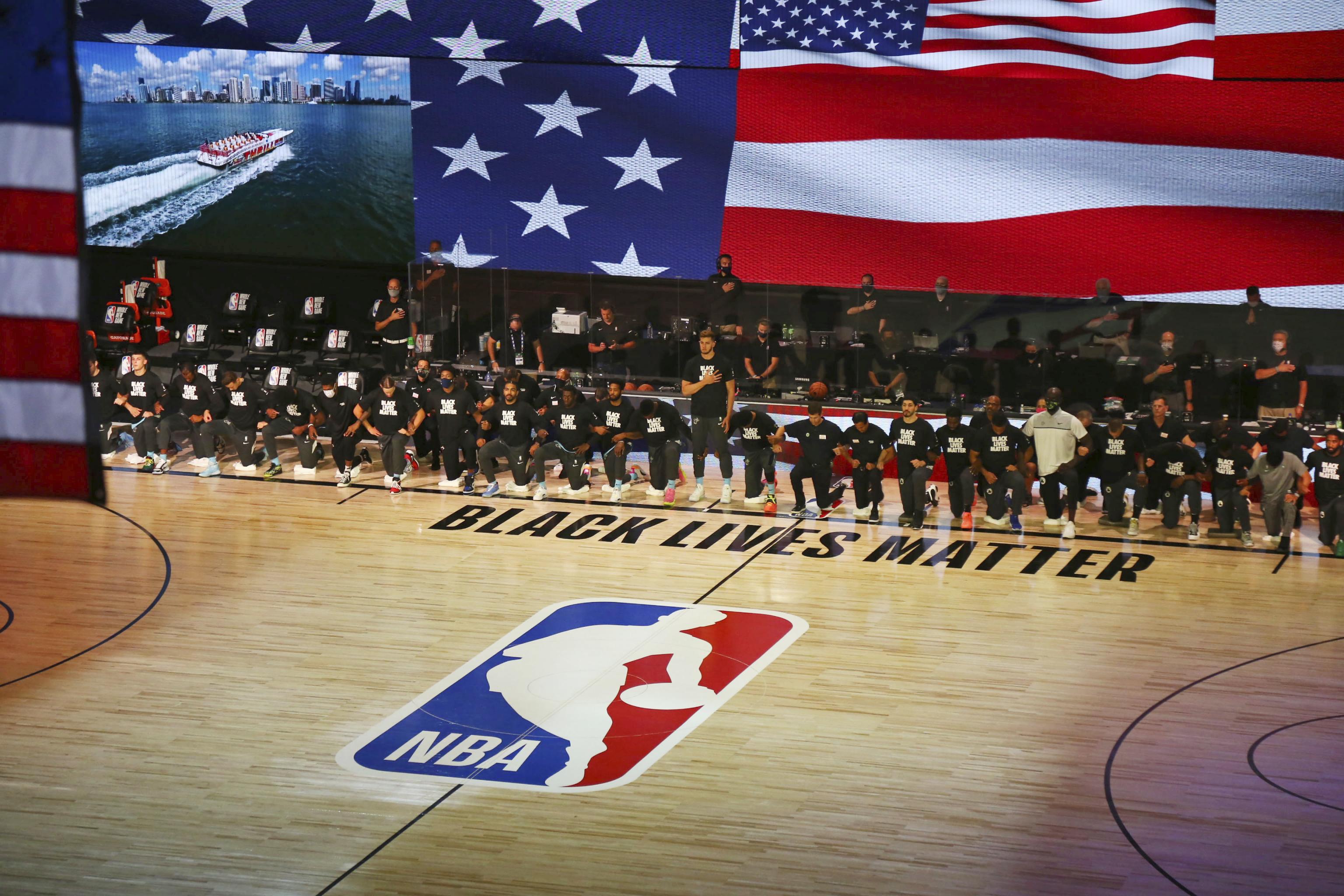 Thirty years ago from today, on Nov. 6, 1990, the North Carolina Senate election drew to a close. On one side was Mayor of Charlotte Harvey Gantt, a Democrat who was poised to become the first Black senator since reconstruction. His opponent was GOP incumbent Jesse Helms, a former segregationist and opponent of the Civil Rights Act of 1964 and the Voting Rights Act of 1965. The race had been marred by Helms’ open embrace of voter suppression as a campaign tactic: the senator mailed out more than 125,000 postcards to eligible, mainly Black voters, warning them that they would be prosecuted for voter fraud if they visited the polls on election day.

Gantt, sensing his odds slipping, made a bid for an endorsement from Michael Jordan, a man who perhaps stood as the single most famous athlete in world history. Famously, Jordan demurred, refusing to get involved in the race. As way of justification, he offered a simple statement:

Fast forward to 2020, and things look quite different among the sports world’s top stars. Prior to the elections on Nov. 3, followers of LeBron James on Twitter would have seen encouragements to vote, discussions with political leaders, and examinations of the nation’s response to police brutality and racial injustice. Kansas City Chiefs Quarterback Patrick Mahomes II helped to purchase enough vote sorting machines to turn Kansas City’s Arrowhead Stadium into a safe, outdoor polling location. Boston Bruins legend Bobby Orr took out a full page advertisement in a New Hampshire newspaper endorsing Donald Trump for reelection (retired golfer Jack Nicklaus and former quarterback Brett Favre later shared similar messages). And all this was just in the past few weeks. Over the summer, NBA players joined in Black Lives Matter protests, pushed the league to support Black-owned businesses, and placed their season in jeopardy to call attention to the police shooting of Jacob Blake. The players of the Atlanta Dream have even called for their own team’s owner, Senator Kelly Loeffler of Georgia, to be forced to leave the franchise as a consequence of her unpopular policy positions among the WNBA community.

About a year ago, I wrote about mass departures at Deadspin after its parent company, G/O Media, attempted to reign in the famously freewheeling sports blog’s commentary on politics. At the time, this decision seemed reactionary and ludicrous; now, it appears even more indefensible. When G/O Media tried to discipline its site into appealing to a 1990s-era audience, it missed not only the forest but every tree within it. It was not that Deadspin reporters had gone rogue, injecting their own political beliefs into the sacred, partisanship-free realm of sports; it was that athletes themselves had come to terms with their own considerable political power, utilizing their platforms to motivate social change.

When Fox News’ Laura Ingraham told James to “shut up and dribble” in 2018, she outed herself as a sports observer of a bygone era, a relic of the times when athletes were expected to suppress their opinions in order to preserve their public images at all costs.

In 1990, Jordan sensed that expressing a political opinion could have financial ramifications for his brand and likeness. In the hyperpolarized environment of 2020, this undoubtedly is true as well. There will be some subset of NBA, or NFL, or NHL, or even NASCAR fans who will renounce their favorite teams and players after deeming them as excessively political. For many teams and players, the prospect of this financial hit is paralyzing; it is the exact reason the Dallas Cowboys started Ben DiNucci at quarterback on Nov. 1 without even offering Colin Kaepernick a workout.

Clearly, however, today’s athletes are far more comfortable bearing those costs in the hope for even greater social benefits. Early in October, a team of political scientists found that several athletes, like James and Kaepernick, were able to draw higher support when demonstrating or presenting policy among the Black community than established politicians. Such results present further justification, and opportunity, for athletes to speak out. James may lose money in sneaker sales, but he anticipates a greater return from being able to connect with and motivate Americans to push for progress.

Jordan, asked about his infamous line in the recent ESPN docu-series “The Last Dance,” doubled down on his stance in 1990.

“It’s never going to be enough for everybody, and I know that,” Jordan said. “I realize that. Because everybody has a preconceived idea for what I should do and what I shouldn’t do.”

Like anyone else, Jordan is entitled to make his own decisions over what he does and does not publicly support. As evidenced by his own work to help formerly incarcerated people in Florida vote, however, even Jordan has adapted to the sea change in political discourse among professional athletes. The closing of polls far from marks the end of this shift among professional athletes; indeed, with each passing year, it is increasingly clear that sports may never again return to the politically muted era of three decades ago.