The Cost of Being a Premier League Fan 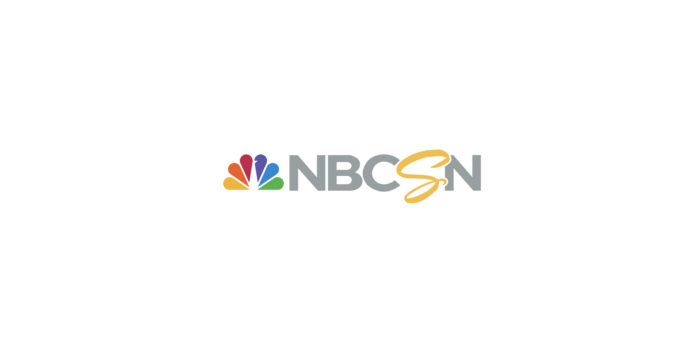 Last season, Manchester City played fifty-nine competitive games. Thirty-eight were in the Premier League. Six were in the Carabao Cup. Five were in FA Cup. Nine were in the Champions League. One was the Community Shield at the beginning of the season. Among big clubs that expect to make it far in the tournaments that run concurrently with the Premier League, this number of games is common. By the end of last season, Liverpool had played 57 games and Arsenal had played 54. As they do not qualify for tournaments among Europe’s elite, most Premier League clubs play less often. Southampton, for example, played just 44 times last season.

Most Americans, if they are Premier League fans, support one of the six biggest clubs in England: Arsenal, Chelsea, Liverpool, Manchester City, Manchester United, or Tottenham. While other clubs have certainly earned followings on this side of the Atlantic, Americans are more likely to be drawn to big clubs which have international brands, play in big cities, and are represented by famous players and coaches. There are any number of reasons why an American might develop an emotional connection to one of these clubs 3,000 miles away. There might be family connection to a certain city, or a love for a certain player, or playing philosophy.

For Americans, though, supporting big clubs is also an expensive commitment.

Different companies own the rights to televise different competitions. NBC and its affiliates show Premier League games, CBS carries the Champions League and Europa League and ESPN owns rights to the FA Cup and the Carabao Cup. In theory, a standard cable package should cover almost everything.

However, very few games are on these base channels. Premier League games are generally on NBCSN, which requires a higher-level cable deal. There is huge variance in how much this might cost, but it could easily be around $100/month. Increasingly, games can also be found on NBC’s new streaming service, Peacock, which is free for those with Xfinity, but $4.99/month generally ($9.99/month for a no-commercial version of the platform, but this isn’t really a factor in live sports). NBC has even begun running some of each weekend’s bigger games on Peacock to bait fans into subscribing.

CBS shows European tournaments on CBS All Access, which runs at $5.99/month. Teams will play in the Premier League three to five times a month (and far more often during the holidays), but European competitions are spread out through the season. In some months, one might see their favorite team only once. Most fans are probably at least somewhat interested in teams other than their favorite, but if not, CBS All Access can easily become essentially a $5.99/game pay-per-view service.

The same goes for the FA Cup and the Carabao Cup, which are shown on ESPN’s streaming service ESPN+ at $5.99/month. Like Peacock and CBS All Access, ESPN+ has a good deal more content (including a good deal more soccer content) than just those competitions, but the price adds up even for those who maximize usage of their subscriptions.

Each streaming service costs less if bought annually, generally the equivalent of ten months if bought individually. But the soccer season is only nine months anyway. A fan who paid to watch each of Chelsea’s 55 games through nine months of subscriptions, then, would pay roughly $152.73/season on top of their cable bill. Depending on one’s finances and priorities, this may seem like a big or small number. For most college students, it will probably sound like a hefty price for a non-essential service.

This streaming mania is indicative of broader challenges of being a sports fan in the 21st century. Leagues try to commoditize everything and drive up profits. TV networks and clubs themselves see random soccer fans in America (or anywhere else) as sources of income. Between expensive TV deals and high-ticket prices, increasingly common to most sports leagues, it is hard to not feel cheated at times, as if love for a club is being taken advantage of by some billionaire owner (as is the case for each of the “Big Six” clubs). There is a degree to which fans are trapped. Once an emotional connection is made with Manchester City, it is not easy to become a Bayern Munich fan just because the German games are divided between fewer streaming platforms.

One can, of course, cut costs and still support their team by using one of countless pirated streams every weekend. Anyone with relative comfort on the internet (most young people) will be able to navigate their way to a stream. Once there, fans will inevitably be met with a complex web of pop-ups, bizarre ads and chat boxes filled with horrible people saying horrible things. But it’s free. Streams often die or buffer mid-game, forcing the viewer to find a new stream, but it’s usually possible to have a decent viewing experience.

Pirated streams can be morally categorized in any number of ways, ranging from unambiguous theft to completely acceptable and just.

At the risk of bringing on an FBI investigation, I have no problem admitting to the use of pirated streams with relative regularity to watch my favorite club, Arsenal. I don’t have CBS All Access or Peacock. My parents pay for a cable package that includes NBCSN, which I use. I pay for ESPN+ every month. I buy an Arsenal jersey at the start of every season (or, to be fair, ask for one as a birthday present). I watch monetized videos on the club’s YouTube channel. I pay to read and listen to the journalism that benefits that industry more broadly. Given my college student financial status, that feels like enough to me. Others might feel differently.

Last month, the Premier League announced that in the UK, certain matches would become only available on one of two pay-per-view services. Each of these matches have recently cost £14.95, an outrageously greedy price to introduce in the middle of a recession. In the weeks since, thousands of fans have boycotted, many even donating £14.95 to local charities instead. Most notably, Newcastle United fans raised tens of thousands of dollars to support those in need in the relatively unprosperous region the club calls home. It’s not quite a Robin Hood story, but the spirit is the same. As a result of the low usage and bad PR, the pay-per-view scheme is now apparently being abandoned.

Using illegal streams is in no way a righteous protest. It’s not meaningful or touching. But it is a solution to the same problem. Many Newcastle fans, after all, still watched the game, they just did so on a pirated stream.

Deeply felt fandom probably won’t go anywhere, but financial support can be fragile. As long as supporting an English club means paying for access to multiple platforms, Americans will inevitably look for other solutions.