As the spookiest time of the year approaches, some members of The Argus Team bring you the best ways to get your spooky on this time of the month. The multiple cemeteries surrounding campus are no secret to thrill-seekers like us. We’re about to elevate your October spice beyond the classic PSL; let us guide you through the maze of supernatural sights of the University. Without further ado, here’s our rundown of Wesleyan’s spookiest spots.

One of the most obvious choices, this secret society’s building is a mysterious presence on campus. Nicknamed “The Tomb,” the landmark is an oasis for all things suspicious, sly and secretive. No one knows who these Skull and Serpent students are, but either way, we’re all still intimidated by them.

Straddled by two cemeteries, the Nics is a hub for those cursed with a dreadful lottery number. The horror of living there is enough to send shivers down your spine. The crackling of the pipes and squeaky noises keep you alert at all hours of the night. Deep in the bowels of the Nics, no one can hear you scream.

Those who live next to the plant have reported strange rumors of headaches, sleepless nights and a ringing in their ears. As you approach the plant a mysterious humming sound fills the air. Trespassers may encounter the coyotes, skunks and other wild beasties that call this place home. Most importantly, it’s just spooky the University still uses so much natural gas… 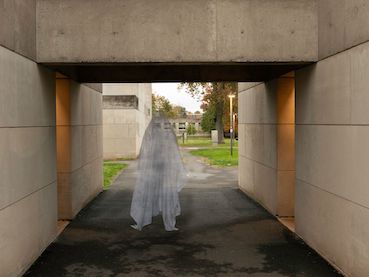 The CFA’s drab exterior is an ominous feature of campus. Amidst the tunnels, tents and hodgepodge of galleries, it’s easy to forget where you’re headed. Just looking at the cemented walls can give you the creeps, as can the film bros.

The horrid stench of sweat and tears oozes from 401 (the CSS major’s hangout), poisoning PAC’s air with the existential dread fueled by capitalist guilt. You’ll never know whether the elevator will appear, or if you’ll make it to your final destination. As the elevator trembles and squeaks, you’ll wish you climbed the four flights of stairs instead.

Just this video of Nathanel Mathieu ’20, Jonathan Fabry ’20, and Gad Licht ’20 alone is enough to send you running. Despite the number of classrooms, the basement is eerily quiet. Occasionally—once in a blue moon—you might catch a glimpse of a pre-med student shedding a tear over their Orgo midterm.

The dreary floors of endless books and stairs are certainly a treasure trove. When you least expect it, you’ll stumble upon another student at a desk you never knew existed. If the thought of finals isn’t enough to shake you to your core, the memories of lost love and hookups past might be even more chilling.

Abandoned only a few years ago, the DKE House is a sinister reminder of ghosts of brothers’ past and unsettled lawsuits. Some say that on the weekends you can still hear ping pong balls bouncing off a plastic folding table, chants of “Saturdays are for the boys” and the faint tune of Sheck Wes’ “Mo Bamba.” NARPs beware. 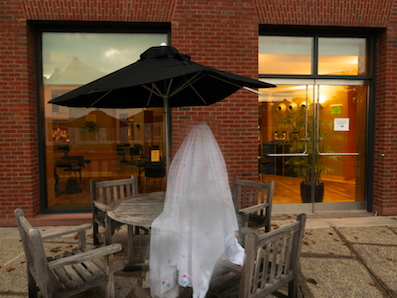 You might think Pasta Tom is scary, but he’s really a sweetheart. What’s really terrifying is running into everyone on campus you’ve been trying to avoid for the whole semester. Pushing your way through the crowds of athletes getting their ‘triple chicken’ at Mongo and shoving past the E-Boys at the Vegan Line, it’s easy to become overwhelmed as you try desperately to grab your third cup of coffee.

An extension of the infamous Wesleyan tunnels, just the mention of the phrase ‘Westco Disco’ gives you flashbacks to your first-year on campus when you danced with a complete stranger as your clothes became more sweat than fabric. Just the thought alone makes you shiver.

As people who have spent an ample amount of time here, we can vouch that there is something undoubtedly eerie about a room filled with student journalists. Whether it’s the new spinning orange chair that mysteriously turned up halfway through the semester, or the lights that flicker on and off, making it out of the office alive at the end of the night is always a gamble…