Content Warning: This article contains references to death that readers may find upsetting. 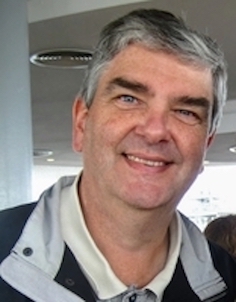 The University’s Lock Shop Foreman, Sean Higgins, passed away suddenly on Friday, Sept. 25 at the age of 60. Higgins worked at the University for 16 years as part of the Physical Plant team.

Higgins’ colleagues in Physical Plant, the Office of Residential Life (ResLife), and Public Safety (PSafe) were notified of his death via texts, phone calls, and emails sent by Director of Physical Plant Operations Mike Conte shortly after Higgins passed away. However, the University community at large was not formally notified of Higgins’ death until Wednesday, Sept. 30, five days after he passed away.

An article about Higgins was published by News @ Wesleyan on Monday, Sept. 28, and was sent out to the University community on the morning of Wednesday, Sept. 30 as part of the weekly Wesleyan Connection newsletter. Later that day, University President Michael Roth ’78 sent a message to faculty and staff via the University’s community forum announcing Higgins’ death.

“It was with real sadness that I write to tell you that Sean Higgins, who worked at Wesleyan for 16 years in Physical Plant, passed away suddenly on Friday, September 25th,” Roth’s message reads in its entirety. “You can read about Sean here, and we join together in sending our heartfelt condolences to his friends, co-workers, and family. May his memory be a blessing.”

Associate Vice President of Human Resources Lisa Brommer also paid tribute to Higgins during an all-University staff meeting on Oct. 15, according to Conte.

Several of Higgins’ colleagues and friends in Physical Plant expressed anger and disappointment about how the University responded to Higgins’ death.

“[Higgins’ death] happened Friday afternoon, the weekend goes by and we’ve heard nothing from the University about it,” Physical Plant Material Handler Kris Patterson said in an interview with The Argus on Tuesday, Sept. 29. “No condolences, no recognition of years of service, or anything like that.”

In the past, when faculty, staff, or students have passed away, the administration has notified the University community shortly after the person’s death—often the day or day after they passed away—usually through an all-campus email.

For instance, on Jan. 26, 2020, Roth and Vice President for Student Affairs Mike Whaley sent an email notifying the campus community that Dani Jewell-Tyrcha ’22 had been killed in a car accident on the night of Jan. 25. Roth and Whaley also announced that the Office of Religious and Spiritual Life (ORSL) and Counseling and Psychological Services (CAPS) would offer a supportive space for all those mourning Jewell-Trycha’s passing.

Similarly, on Mar. 5, 2020, Roth sent an all-campus email announcing the death of Brooke Rich, a Bon Appétit employee who was killed in a hit and run incident on Mar. 4, 2020 while she was walking home from work.

While Higgins’ colleagues were notified of his death, Physical Plant employees noted that there was no email sent out to the Physical Plant staff at large from the University administration. Locksmith Jay Pugliese, who worked alongside Higgins in the Lock Shop, told The Argus that he found out Higgins had passed away from Conte on Sept. 25, but didn’t hear anything from the administration until he received Roth’s community forum message on Sept. 30.

“I was called personally by our director [Mike Conte] and he notified me…but as for a notification to everybody, there wasn’t one,” Pugliese said. “There were a couple people who received text messages and a couple of people [who] received phone calls, but there wasn’t anything from any higher than our director.”

When asked why the University community as a whole was not notified about Higgin’s death in an all-campus email, as they had done for Rich and Jewell-Trycha, Director of Media and Public Relations Lauren Rubenstein explained that while it is the University’s practice to inform the community if a student, staff or faculty member passes away, this announcement can be made in different ways.

“Wesleyan’s practice is to inform the campus of the passing of a member of our community,” Rubenstein wrote in an email to The Argus on Oct. 5. “In this case, we did so via a story in the Wesleyan Connection newsletter—including a link to the obituary published in the Middletown Press—and President Roth also shared the sad news on the Community Forum. In addition, all the staff in Physical Plant, Residential Life, and Public Safety, the departments with which Sean worked most closely, were immediately notified of his death via text, phone calls, and emails.”

To Patterson, the University’s lack of response to Higgins’ death was insulting.

“All of the employees at Physical Plant—on the lower level, not the managerial staff—we take this as a direct slap in the face, a huge insult, especially to a great man who passed,” Patterson said.

Like Patterson, Plumbing Shop Foreperson Dean Canalia was upset by the University’s lack of recognition of Higgins’ passing but was ultimately unsurprised.

On Oct. 5, Rubenstein told The Argus that the administration will reevaluate the way that they respond to community members’ deaths.

“We will review our processes around sharing the news of an employee’s passing to ensure equal treatment for all faculty and staff,” Rubenstein wrote.

In his community forum message on Sept. 30, Roth did not make faculty and staff aware of the counseling services available to them through the University’s Employee Assistance Program, as the administration had done when Jewell-Tyrcha and Rich passed away earlier this year.

Canalia, Electrician Phil Huntington, Heating, Ventilation and Air Conditioning (HVAC) and Utility Mechanic Pete McGurgan, Patterson, Pugliese, and Interim PSafe Captain Paul Verrillo, who all worked with Higgins, said that to their knowledge, they were not made aware of, or reminded of these counseling services in the weeks after Higgins died.

“I don’t think we got any of that stuff,” Canalia said when asked about the Employee Assistance Program on Wednesday, Oct. 14. “I mean, I’m not a hundred percent…I kind of thought about that when it happened and I’d never seen anything like that, so I probably was looking for it at the time and we never got anything like that.”

Verrillo also told The Argus he did not recall any mention of the counseling services in communication from the University.

Likewise, students did not receive an all-campus email notifying them of Higgins’ death—apart from the article sent out in the Wesleyan Connection—nor were they reminded of the counseling services available to them through the University’s Counseling and Psychological Services (CAPS).

Serena Aimen ’22, who shadowed Higgins last year as part of her Introduction to Environmental Studies class, was also saddened by the lack of communication students received from the University about his death.

“I feel like…there’s such a gap between the student body and Physical Plant and the people that work to maintain the campus and the fact that no one documented his death is just a testament to that,” Aimen said.