10 Years Later, “The Social Network” Still Has Plenty to Say 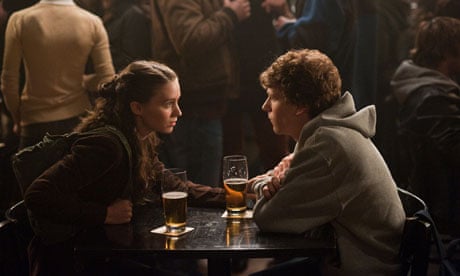 “The Social Network,” director David Fincher’s acclaimed 2010 film about the founding of Facebook, charts the roots of the social media behemoth that would envelop and shape the following decade. But it starts small. The opening scene of the film sees a college-aged Mark Zuckerberg (Jesse Eisenberg) having an awkward conversation with his girlfriend, Erica Albright (Rooney Mara) in a Cambridge, Mass. bar.

Zuckerberg spins a twisted yarn about his desire to get into one of Harvard’s prestigious final clubs, but Albright finds his priorities hard to follow. Zuckerberg is increasingly frustrated that Albright doesn’t covet prestige as he does and ends up insulting her education (Because she attends Boston University, Zuckerberg assumes she doesn’t have to study). Albright breaks up with him on the spot, and Zuckerberg skulks back to his dorm.

The young Zuckerberg, as portrayed skillfully by Eisenberg, already exhibits both the ambition and disregard for human emotion that would take him to tech billionaire status a few years later. But in the autumn of 2003, when the movie opens, Zuckerberg has yet to achieve that status. He is just a frustrated young man, driven to take power for himself that he feels has been denied to him. However, at the beginning of the film, all he can do about his breakup is get drunk and blog vindictively.

Based on the 2009 book “The Accidental Billionaires” by Ben Mezrich, and adapted for the screen by Aaron Sorkin (who won the Academy Award for Best Adapted Screenplay for the film), the script for “The Social Network” is not always entirely factual. The real Zuckerberg has particularly objected to the portrayal of his creation of Facebook as driven by romantic and social rejection. In reality, he was already dating his future wife, Priscilla Chan, at the time the film takes place, and Zuckerberg says he had no interest in the final clubs that Eisenberg’s portrayal of him envies. But where Sorkin’s script may not capture every fact of Zuckerberg’s life, it crystallizes more essential truths about social relationships and social media, even now, at the film’s 10th anniversary.

For plenty of people, Facebook, alongside other social media platforms, is a fairly innocuous place. You connect with friends, make plans, upload vacation pictures. But in the decade since “The Social Network,” Facebook has also become a truly insidious figure on the global stage. Facebook has fomented a torrent of fake news that has bolstered hate and conspiracy movements worldwide and had catastrophic effects on the mental health of many of its users, not to mention its underpaid content moderators.

These horrifying consequences might make the very idea of a film about Facebook’s dorm-room origins seem quaint. But “The Social Network” isn’t about what Facebook is in 2020, or even what it was in 2010. It’s about the toxic relationships and flawed human beings behind it, providing an origin story that gives us a framework with which to process all that’s happened since.

In “The Social Network,” we see the toxic seed at the root of Facebook from its first days. Its narrative framing device jumps back and forth in time to show us what Zuckerberg’s drive for power and success did to his interpersonal relationships. In 2004, we see Eduardo Saverin (Andrew Garfield) as Mark’s closest friend and ally. In 2009, Saverin is suing Zuckerberg for financial backstabbing, only speaking to his former best friend through a lawyer, seemingly heartbroken.

At Harvard, Cameron and Tyler Winklevoss (both Armie Hammer, with body double Josh Pence) and Divya Narendra (Max Minghella) turn up the charm and attempt to enlist Zuckerberg’s help in creating a social network of their own, a dating site for Harvard students. In another 2009 deposition room, the Winklevosses and Narendra are seething, having also sued Zuckerberg, alleging he stole their ideas for Facebook.

At the film’s opening, Zuckerberg craves status. The Winklevoss twins, with their athleticism, statuesque looks, and status among the financial and social elite, represent Harvard’s old guard. Mark, as he remarks ruefully, can’t dream of belonging to the rowing crew like the Winklevosses. He isn’t part of their circle. But in his rapid ascent to fame and infamy in the creation of Facebook, he gains status of his own. Zuckerberg gets the parties he dreamed of, but when it comes to power, he won’t be satisfied with just a taste.

Much of the drama of the latter portion of “The Social Network” revolves around Zuckerberg being caught between two allies. Saverin’s vision for Facebook is safer and less ambitious. But Napster founder and all-around tech bad boy Sean Parker (Justin Timberlake) pulls Zuckerberg in with his debaucherous lifestyle and expansionist view of the company, arguing, in one of the film’s most quoted lines, that “A million dollars isn’t cool. You know what’s cool? A billion dollars.”

Zuckerberg sides with Parker, cutting Saverin out of the company he helped create. Garfield’s expression of shock, sadness, and anger at the news, and Eisenberg’s contrasting indifference remind the viewer that this move is not just a financial decision for a faceless tech corporation intended to help people make “friends;” it is the betrayal of a friendship. While few, if any, of us will find ourselves at the helm of a social media empire, many more have been in a situation where a friendship and a personal goal came into conflict. The drama of “The Social Network” shows the consequences of a single-minded social climber’s mindset, writ large.

Of course, “The Social Network” is also a film about college. Facebook isn’t dreamed up in some Silicon Valley boardroom; it’s a passion project born in a dorm. Zuckerberg feels shunned by perceived elites at Harvard and creates a space where he runs the party, an upending of a campus’s social scene. It also depicts a college administration’s catch-up efforts in failing to understand or govern the activities of its own students, as we see Zuckerberg, a sophomore with a laptop, surpass his university’s IT staff with ease, and even the president of Harvard scoffs as the Winklevosses raise concerns over how large Facebook could become.

What makes “The Social Network” succeed as a film is its focus on the recognizable personal dynamics of its characters. While a tech-heavy dive into the interface of Facebook would have immediately dated the film, a focus on the more immediately relatable aspects, like the desire to stand out in college and the struggles of maintaining friendships, make it a near timeless watch.

In 2020, social media is more omnipresent than ever, and in the wake of the COVID-19 pandemic, it is the only available form of socialization for many. This makes a consideration of these social networks even more important. “The Social Network” serves as a poignant reminder not only that these sites are created by flawed people, but also that these sites often amplify and even immortalize their creators’ worst instincts. As the film would have it, the toxicity of Facebook can be traced to the fact that it was always an antisocial person’s view of social connection.

In the final scene of “The Social Network,” Zuckerberg sits alone in a room, refreshing Facebook on his laptop, wealthy, successful, but lacking in human connection. It’s a stark picture of how sites purportedly intended to bring people together often only increase feelings of isolation. Swap out Facebook for a wider range of websites and apps, and that might as well be a picture of how many of us have spent the last seven months.

“The Social Network” is available to stream on Netflix.