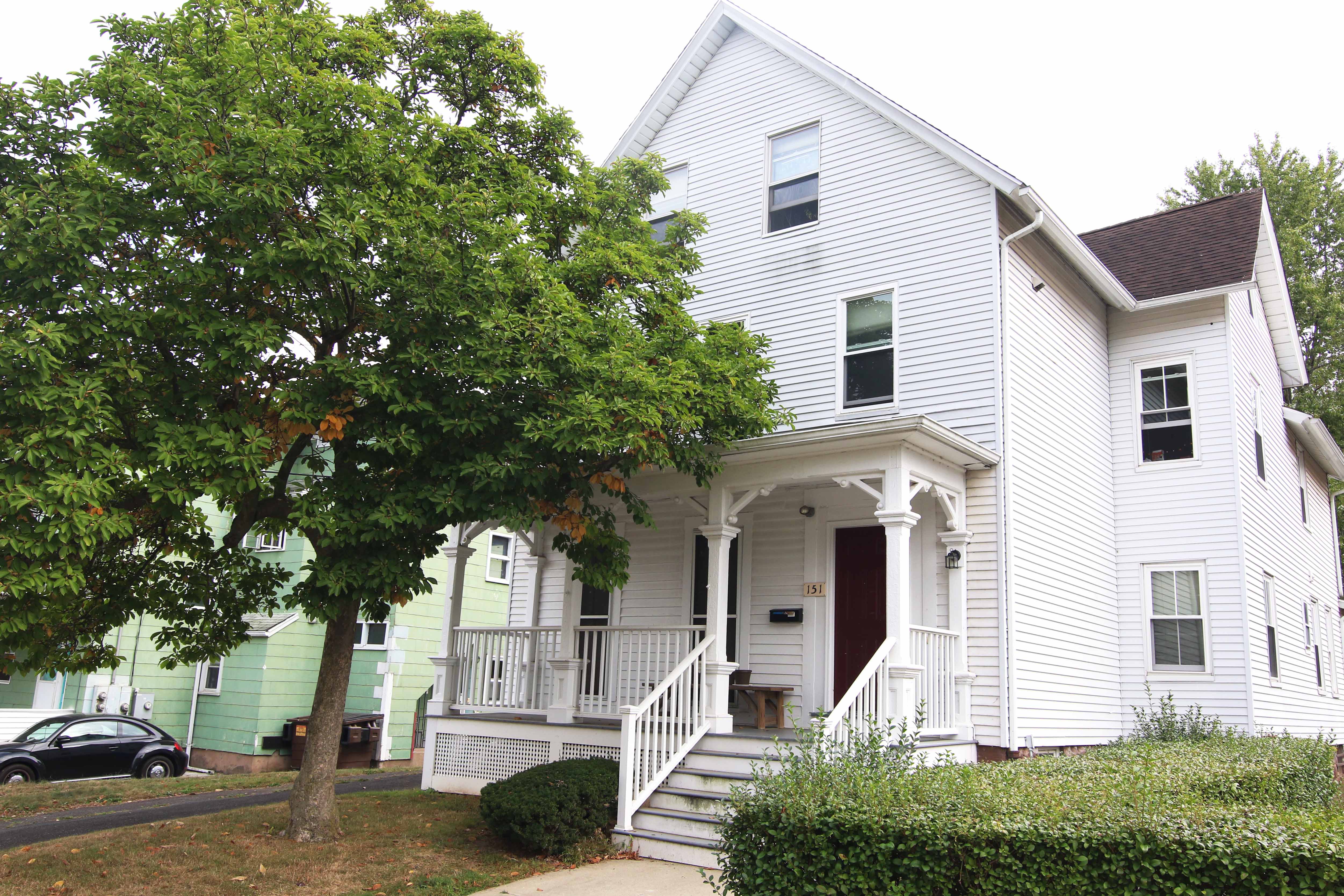 Whilst students across the United States were taking a much-needed spring break, their universities were grappling with how to run academic institutions in the midst of a growing global pandemic.

The University was no exception and joined hundreds of other schools in switching to remote learning. As the University prepared to close the doors of Freeman, turn the lights off in Olin, and stop the music on the loud side of Usdan, the future was unclear for the whole community. But, for those whose presence in the United States hinged upon forms, legal documentation, and a series of checklists, what lay ahead was not only unclear but frighteningly unknown.

The past few months have been characterized by lockdowns, mask-wearing, social distancing, and an overwhelming lack of human contact, it certainly wasn’t the vacation period anyone was accustomed to, nor had planned for.

Philippe Bungabong ’22, a Freeman Asian Scholar from the Philippines, like many students, was faced with the prospect of a summer he could never have anticipated.

“I think the first thing that’s really different now is that I didn’t come in from the Philippines, I stayed here over the summer, which I really was not expecting,” Bungabong said.

Bungabong’s situation was rather unusual. In the wake of campus closure, most students were required to pack up their belongings, drop off their keys, and return home for the foreseeable future. But what if home was on the other side of the world? What if home wasn’t somewhere you could easily return to? What if home, or attempting to get home, put your
education in jeopardy?

At the beginning of July, new immigration regulations released by Immigration and Customs Enforcement (ICE) and
President Donald Trump threatened the possibility that international students would have to leave the United States, transfer to a different university if their entire course load was to be delivered online, or face the risk of being denied entry to the United States unless they were taking at least one in-person class. It was also the case that incoming international students would not be granted the necessary visas—typically an F1-visa—needed in order to study in the United States if their academic program was not taking place in-person. These initial immigration regulations were eventually rescinded on July 14 after receiving intense criticism from the international student community and leading American universities. However, the ability to travel or remain in the United States still hung very much in the balance as the force of the virus began to reveal itself.

“We [Filipino students at the University] were all anxious over the summer about whether or not we would actually be allowed back into the US,” Bungabong explained. “For me, it was whether or not I was going to be allowed to stay in the US, or I would have to go home.”

Bungabong ultimately decided that the risks imposed by immigration and the process of moving back to campus were simply far too great; he spent the summer on campus with approximately one hundred other students, many of whom were international or lived on the West Coast and were thus unable to travel home safely.

Bungabong said that the inability to leave campus and return home has impacted the way he sees this semester in particular.

“As international students, you know that after the end of a semester you’re going home, or you’re going home for a week, or a month, or two months, or something like that,” Bungabong said. “But because I wasn’t able to go home everything just
seems continuous now, time-wise, which is a little weird.”

Another international student whose time on campus has been exceptionally longer than usual is Q Dlamini ’23.

“I haven’t been home in more than a year,” Dlamini, who was planning on returning to Zimbabwe at the end of the spring semester in July, said. As ticket prices soared, flights grew scarcer and the virus only intensified. Dlamini had no other
choice but to remain in the United States.

“I faced a lot of difficulties trying to find a flight and when I had everything sorted out, just a few days before I was supposed to go back one of my connecting flights was canceled and I wasn’t notified about that,” Dlamini said.

Though Dlamini said he is extremely grateful to the administration which provided him with food and housing, the emotional impact of spending such an extended period of time away from family has taken its toll.

“It has been depressing…Especially over the summer, I spent most of my time in my room.” Dlamini explained. “It got to
a point where I was really depressed and I was thinking about whether people would be allowed back on campus next semester.”

These challenges were only amplified by the constantly changing string of announcements released by ICE about students on F-1 visas. Dlamini said these initial ICE announcement caused him immense stress during a time already riddled with uncertainty.

“At that point, there was no way I was going to be able to return home so I was like, am I going to get deported?” Dlamini said. “I panicked a lot, but to some extent, my panic was tempered by the fact that I hoped the administration would try to do something about it.”

Fortunately, Dlamini plans to finally return home at the end of November for what will be a long-anticipated reunion with his loved ones. Nevertheless, the state of the world as it stands has prompted Dlamini to reflect upon not only his identity as an international student but hi identity as a whole.

Andres Cojuangco ’23 said that he had already landed in his home city of Manila in the Philippines when he heard the news about the campus closure. Though he was able to stay at home for the duration of the semester and the summer, he had to find creative solutions to deal with lingering obligations on campus.

“The tricky part was that I had left all my things here,” Cojuangco explained. “So I had to call my other international student friend who lived across from me, and since he was still in school, he was able to pack my stuff for me. I’m Catholic and I go to mass here, and the Priest, Father Bill [Wallace], he was so nice, he offered to store my stuff here over the summer. I got
really lucky, honestly, I didn’t have to do too many logistics.”

Cojuangco explained that he was able to return for the fall without too much trouble, though plane ticket prices had increased.

But back on campus, Cojuangco said he has faced new challenges as one of a smaller-than-usual cohort of international
students able to return to campus.

“I guess it’s become a little more challenging to find common ground,” Cojuangco said. “It’s still possible, of course, and I still have my friends here, but it’s a whole different experience altogether when you don’t have people who really get where you’re from and how you do things.”

Cojuangco also added that his decision to return to the United States, a country that is still struggling greatly to contain the COVID-19 and experiencing enormously high death tolls, prompted concerns about health from back home.

“I’d say the way I saw America’s situation was the complete opposite of what’s happening back home, where everything’s way stricter with just moving around, and everyone’s following guidelines for masks and safety procedures, whereas here, not everyone’s following it,” Cojuangco said. “I could definitely see the fear from parents who[se children] were coming from abroad.”

For those like Lex Bryan ’23, an international student from Switzerland, deciding between staying in a country that was just beginning to feel the force of the virus or attempting to travel halfway across the world posed a unique dilemma.
“It kept changing every day whether or not we were going to stay in the US or go home,” Bryan said, whose sister, Parker
Bryan ’21, also attends the University. “Our initial reaction, because my sister and I have family in the States, was that we were gonna stay here and we were gonna wait it out and see how bad it got,” Bryan said. “We were in constant conversation
with my parents.”

Bans on international travel ultimately made the decision on the Bryan siblings’ behalf.

“We finally decided to go home because we were worried that Switzerland was going to shut its borders like other countries were doing,” Bryan explained.

It’s safe to say that many people during the pandemic, including international students, have been forced to act out of fear
for the worst possible scenario. While this may have been the case for Bryan, they remain firmly aware of the relative privilege they were afforded during the pandemic.

“My parents are from the US and were born in the US,” Bryan said. “I got the advantage of growing up in amazing
Switzerland. And I also have the advantage of being able to come and go whenever I want. It did give me this advantage here that a lot of people don’t get.”

While Bryan repeatedly described themself as “the most privileged type of international student”, there are still many shared feelings, sentiments and frustrations shared among international students regardless of their background. Whether this has been the struggle of moving belongings both out of and back into campus, the stress of planning feasible travel routes home or simply being able to have any sense of control over one’s living, legal and educational status, international students have faced unprecedented challenges in the age of the coronavirus.

At the same time, Cojuangco expressed his appreciation towards the University for supporting international students during the pandemic.

“The Office of International Student Affairs, I think they were very thorough with sending us emails and updates, especially with that whole ICE thing that happened,” Cojuangco said. “I think they gave us enough information at a timely rate. If we’re talking with regards to staff or professors, I think they, at least my professors, were very considerate about the time difference, cause I was 12 hours ahead. Many of them had office hours that were really late at night for them but the morning for us, which was really helpful.”

Tiah Shepherd can be reached at tshephered@wesleyan.edu.