How I Went Back to the Movies: Seeing “Tenet” While Wearing a KN95 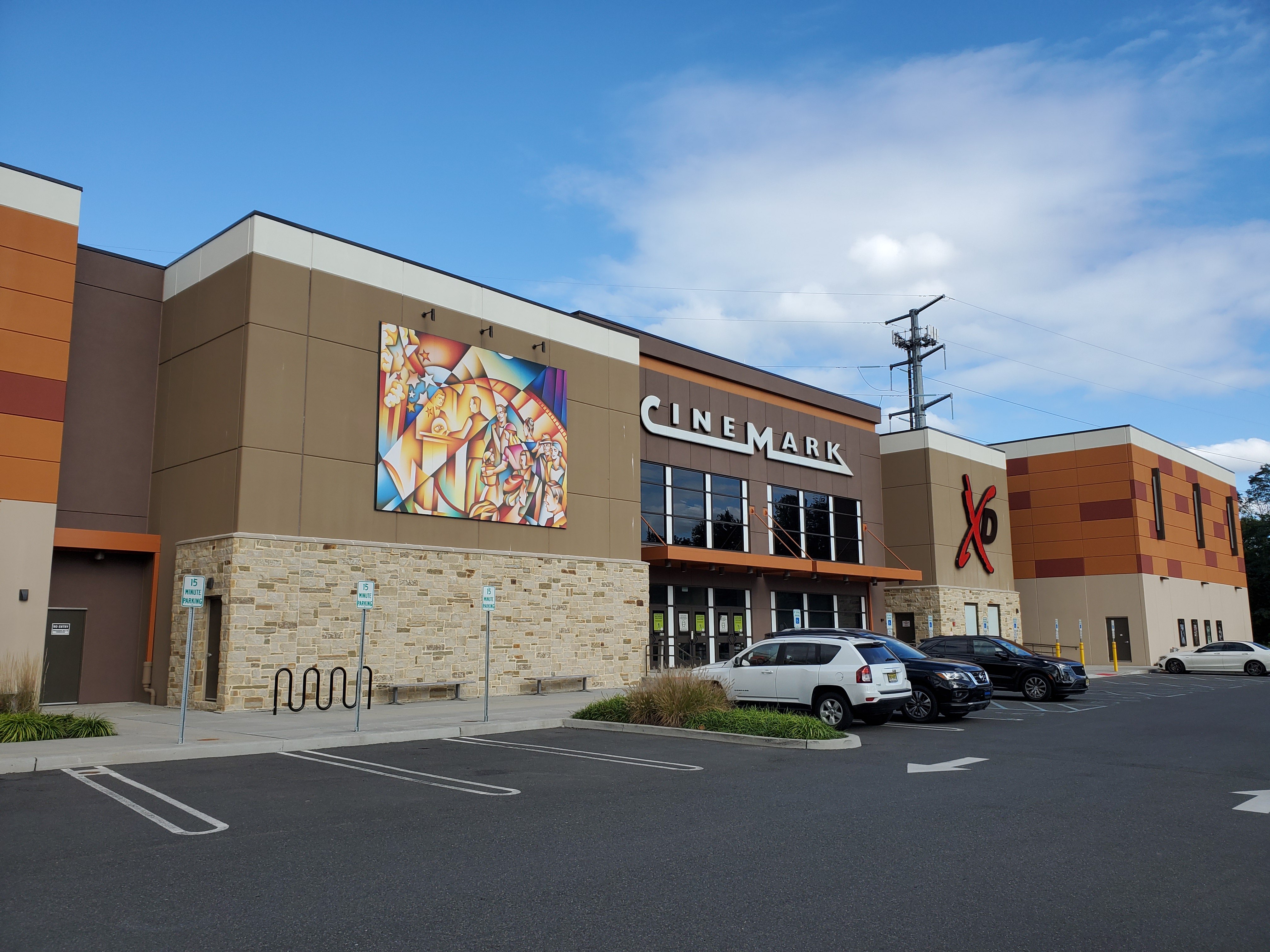 “Tenet,” the time-bending blockbuster from director Christopher Nolan, was the first movie I saw in a theater in nearly seven months. In the pre-pandemic era, I was an avid moviegoer. During the peak seasons for new releases—summer and late autumn—I would make a trip to my local theater at least once every weekend. But in March, the COVID-19 pandemic shuttered theaters, and studios either punted new releases to video-on-demand and streaming or pushed them to 2021.

By late summer, though, some American theaters were slowly reopening. In those theaters was the one new release I’d anticipated for months and wouldn’t be able to see anywhere else: “Tenet.”

At the same time, I was highly skeptical of the safety of entering a theater. Rather than step into a theater full of strangers, I decided to rent out a private screening of “Tenet.” Nothing short of staying home and watching a movie on my laptop would be entirely COVID risk-free. However, I felt far more confident going with a small group of family and close friends whom I knew had all recently tested negative, had been cautiously following social distancing guidelines, and would keep their masks on the whole time, than going into a room full of strangers munching on popcorn with masks around their chins. I also knew that, having contracted and recovered from COVID in April, I likely possessed some degree of immune resistance, should any viral particles slip past my mask and assiduously applied hand sanitizer.

Although theaters in my home of New York City are, as of this article’s writing, not open, those in the neighboring states of New Jersey and Connecticut are, albeit with capacity restrictions and new safety measures. Thus, my group booked our “Tenet” screening at the Cinemark theater in nearby Watchung, N.J. With the $150 price tag of the screening split between our group of seven people, the individual price of this endeavor was effectively the same as a regular trip to the movies.

On the afternoon of Sept. 27, my parents and I drove out of Manhattan to Watchung. We met the rest of our party in the parking lot, and after exchanging elbow bumps, I ventured into a theater for the first time since early March. The lobby was nearly empty, with masked staff standing behind plexiglass and stickers on the ground marking out a six-foot social distance. The smell of cleaner lingered in the air. After scanning our tickets, the seven of us entered our reserved auditorium. I marveled at its size, counting 81 freshly cleaned seats, then sat down in my cushioned recliner, KN95 mask affixed to my face, eyes fixed on the big screen I’d been missing so badly.

So was all that trouble worth it?

Absolutely. “Tenet” is, above all else, an experience that demands a big screen and a booming sound system. The opening scene hits the ground running, as we see a character played by John David Washington, known only as the Protagonist, take part in a covert raid on a Kyiv opera house that escalates into a firefight with armed gunmen, as the combatants weave through rows of seats and dart through corridors. From the very beginning, the score by composer Ludwig Göransson enhances the pulse-pounding action sequences with thrilling orchestral arrangements given a sci-fi chill by pulsing synths and industrial sounds, sometimes played backwards to reflect the movie’s central conceit.

This central conceit, named inversion, refers to the ability to reverse the flow of time. Bullets zip from holes in walls back into the chambers of guns. Piles of rubble reassemble into buildings. Masked assailants fall backwards through doors that close behind them. While it may sound hokey, Nolan’s direction, combined with Göransson’s aforementioned score and frequent Nolan collaborator cinematographer

The plot of “Tenet” begins with the Protagonist’s recruitment by an organization of the same name. As we follow him traveling the movie’s shadowy world of corruption and espionage chasing a source, it becomes apparent that his allies in “Tenet” are not the only ones who can turn back time. Russian oligarch Andrei Sator (Kenneth Branagh) also has access to inversion, and he has intentions with it that could spell disaster for humanity.

To summarize further would be to risk spoilers, although some would argue that the plot of “Tenet” is convoluted enough as to be unspoilable. Suffice to say, inversion allows both characters and viewers to gain new perspectives on events as they play out both forwards and backwards.

Even if I don’t dare to unravel the events of “Tenet” in a concise manner, I can still sing its praises. Early in the movie, a scientist named Barbara (Clémence Poésy) tells the Protagonist as she demonstrates inversion, “Don’t try to understand it. Feel
it.” The same advice applies to watching “Tenet.” The time-bending machinations of the Protagonist’s mission are fun to unravel, but they take a backseat to the experience of the movie in all its purely visceral spectacle. 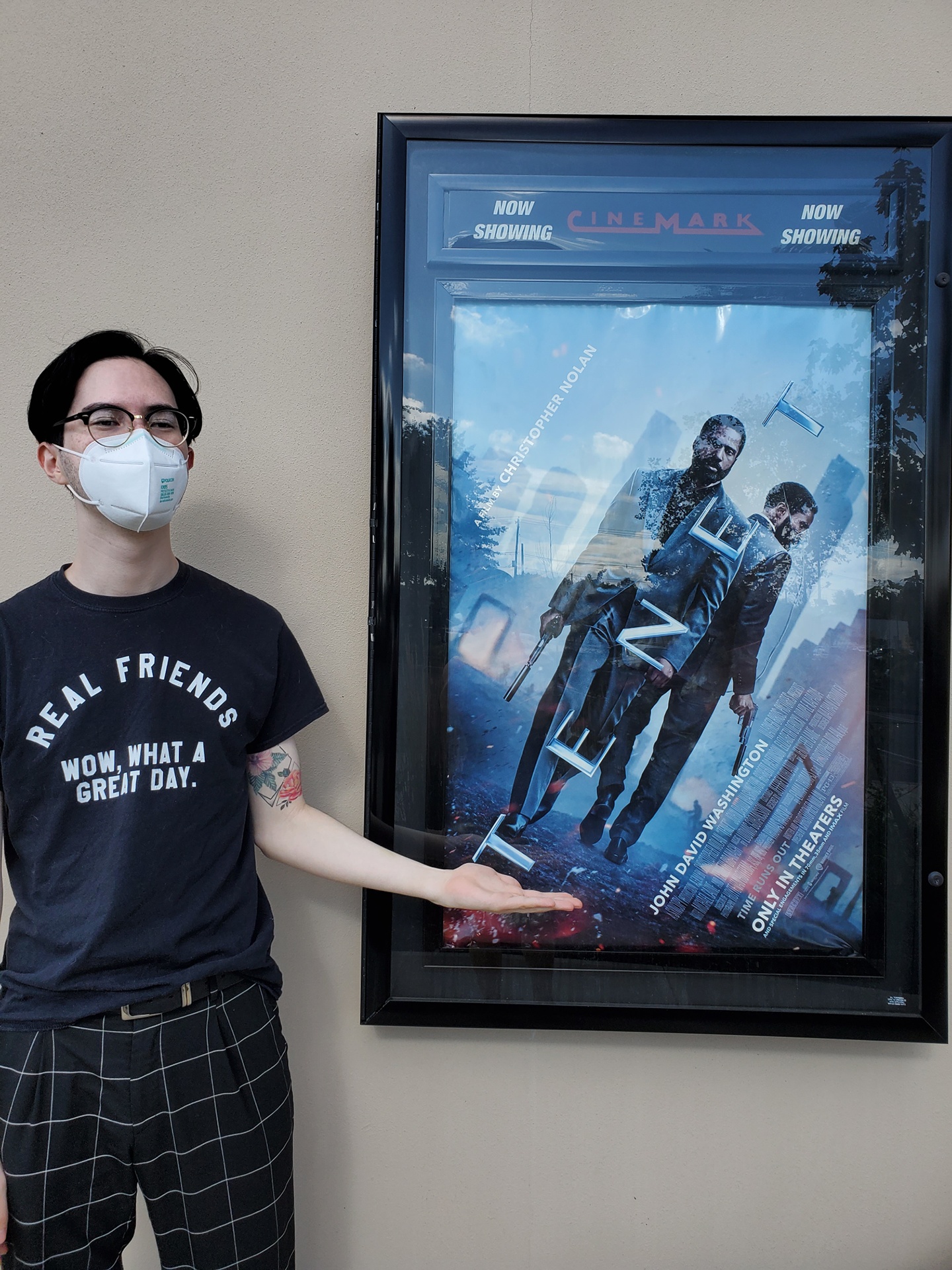 In the ever-twisting world of “Tenet,” our leading men serve as likeable anchors. Pattinson’s Neil is a charming jack-of-all-
trades with something bubbling beneath his surface, and Washington does truly admirable work in bringing a sense of humanity and charisma to the Protagonist, a man with neither a name nor a backstory. Debicki and Branagh also turn in strong work, even as their characters, the long-suffering wife and the boorish mafioso-esque villain, feel more archetypical.

If you’re looking for a return to the big screen, you’d be hard pressed to find a better option than “Tenet.”

But, regardless of the quality “Tenet,” is it even ethical for me to be reviewing a movie in this climate? Despite our desire to return to beloved activities like moviegoing, the fact remains that the United States’s COVID-19 response has been among the world’s worst, and every day in this country, hundreds of people die from this pandemic. Some critics and publications have argued that the act of encouraging moviegoing right now is, on its face, unethical, and even refused to review new, only-in-theaters releases like “Tenet” and “The New Mutants.”

At the same time, visiting a theater is nowhere near on the level of, say, going for drinks at a bar in terms of infection risk. While infection rates in many states remain high, and governmental safety restrictions have been inadequate, both New York, where I reside, and Connecticut, Wesleyan’s home, have had far better responses, and have seen low infection rates, with widespread testing regimes that exceed Harvard Global Health Institute recommendations in place.

The CDC lists attending a movie theater as a high-risk activity, for the fact that it necessarily entails prolonged time indoors. However, not all screenings are necessarily as risky as others.

Chairman of medicine at St. Joseph’s Health, New Jersey, and Professor of medicine at New York Medical College Dr. Robert Lahita spoke with Jason Bailey in Vulture, saying that as long as the theater is properly sanitized, socially distanced, and masked, visiting a theater was relatively safe.

Some medical experts are more skeptical, such as Professor of Epidemiology and Director of the Center For Global And Immigrant Health at the University Of California, Los Angeles Dr. Anne W. Rimoin.

“Short of renting out an entire theater, which is obviously not an option for most of us, there is no scenario in which
going to a movie theater is a good idea,” Rimoin said in an interview with the AV Club.

However, even Rimoin later acknowledges that theaters are primarily risky because it is dangerous to be in an indoor area where people are taking off their masks to eat. Should you have more mask-savvy theater-mates, or, indeed, rent out an entire theater (a more accessible option that she might think, as I previously detailed,) going to a movie theater might just not be so bad an idea.

With all this in mind, I still don’t think theaters should have opened nationwide. While the situation in the northeast is such that I believe going to a movie safely, as I did, is in the realm of possibility, the nationwide situation is far more perilous.

Nolan and Warner Bros. shouldn’t have released “Tenet” now. But at the same time, I’m still glad I was able to see it.
Further complicating the situation is the strange status of theater accessibility. As previously mentioned, New York doesn’t have open movie theaters, but the two bordering states of Connecticut and New Jersey do. While compliance with COVID-19 restrictions was easier in the pandemic’s early days, when everything was uniformly shuttered, things have be-
come murkier as neighboring states and cities, all with roughly similarly firm grasps on the spread of the virus, begin to play by
different rules, blurring the lines between essential public safety precaution and mere preference.

For many, going to a movie theater might even be one of the less risky environments in their day. For many essential workers, such as restaurant and retail employees, each day is already spent indoors, in proximity to strangers, for far longer than the duration of a single movie. At least in a theater, social distancing is a possibility, and the theatergoing experience can be a truly powerful form of escapist entertainment that I wouldn’t want to deny to those who risk their own safety to keep essential
businesses running.

Until the pandemic ends, every activity short of locking yourself in your room involves a degree of risk. If you are high-risk, close to someone who is, or even simply uncomfortable with any level of risk yourself, it is entirely appropriate to avoid the movies for the foreseeable future. But if you want to take the dive to rent out a screening, or by stroke of luck, you end up being one of only a few people in your screening, and you and your theater-mates respect mask etiquette, a trip to Metro Movies upon its reopening might be in the picture, if you, like me, sorely missed the theatrical experience.