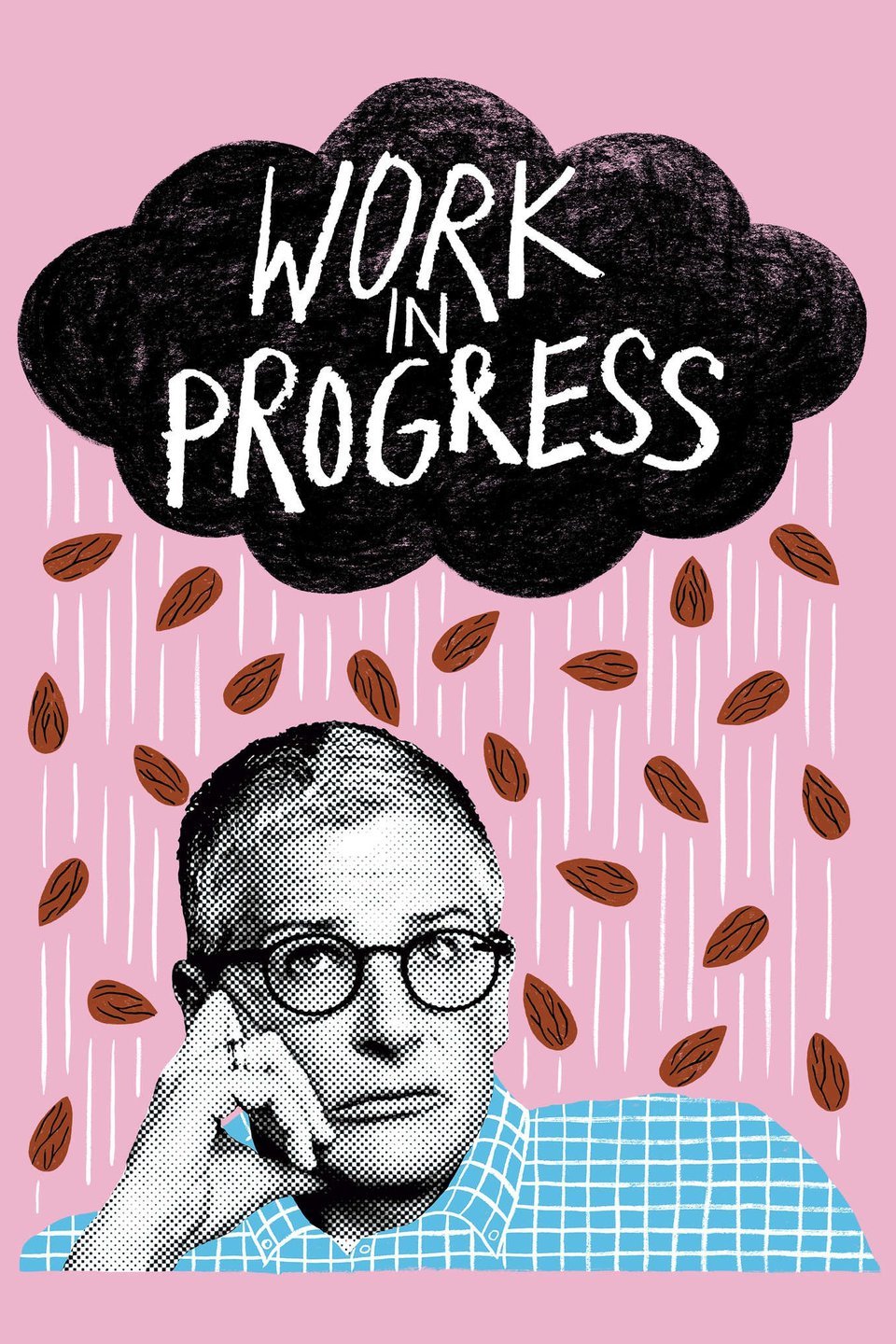 It starts with almonds. 180, to be exact, lined up on the kitchen table of “Work in Progress” star and creator Abby McEnany, who plays the (mostly) autobiographical character Abby in the brilliantly dark new Showtime comedy. In the previous scene, self-proclaimed “fat queer dyke” Abby has sworn to her longtime therapist that she will kill herself once she eats all of the almonds, given to her by a condescending co-worker “worried” about her weight. Abby is in the midst of talking about this almond suicide pact when her therapist promptly dies mid-session, an event that, although scarring to Abby, quickly becomes a recurring and poignant punch line.

This sinister but compelling first scene sets an appropriate tone for the rest of the show. “Work in Progress” is, to put it simply, one of the best shows made in the past couple years. Much of this strength derives from the strength of the writing—by McEnany, Tim Mason, and Lilly Wachowski—as well as McEnany’s exquisite timing, which clearly showcases her chops as a stand-up comic.

After the season’s dark beginning, things begin to look up for Abby, who meets Chris (Theo Germaine), a much younger transgender man who seems shockingly (from Abby’s perspective) into her. Chris, who is almost alarmingly sweet, introduces Abby to his version of queer Chicago, a social network that is much more diverse, radical, and hard-partying than Abby’s charade-playing, white, lesbian clique. In a particularly humorous scene contrasting their generational differences, Chris takes Abby to a queer burlesque club that had previously been the lesbian bar in which Abby met her ex-girlfriend to the backdrop of a Melissa Etheridge cover band.

As Abby navigates the beginnings of her relationship with Chris, another charming storyline that casts a sharp light on their generational divides is tied to the recurring character of Julia Sweeney, who plays a version of herself in the show. Sweeney, in real life, played the recurring character “Pat” on Saturday Night Live—a character of ambiguous gender whose cultural cachet led to Abby being bullied for her gender presentation throughout her youth. In “Work in Progress,” Julia Sweeney tries to make amends for having caused this pain to Abby, but in doing so, makes some awkward missteps.

Accompanying the show’s cutting cultural commentary—which ranges from Weird Al Yankovic at a dinner party to a culture clash at a Dolly Parton concert—is Abby’s ongoing struggle with depression and OCD. In one sequence, we see the overwhelming stress that Abby has to deal with in public restrooms, resulting from a combination of her being misgendered and her need to obsessively wash her hands. Rarely has mental illness, and specifically OCD, been portrayed with such a combination of poignancy and humor. Perhaps it is because Abby is so self-deprecating that she is never the butt of the joke; rather, she is a self-aware sufferer. And, at her low points, when Abby punches down—when, say, she is accosted in the bathroom of the Dolly Parton concert and screams, “No one has it harder than me!” to a person in a wheelchair—we as an audience remain aware that McEnany is still punching up, and using Abby’s self-pity to reveal the way in which experiencing certain kinds of marginalization doesn’t prevent someone from harming others.

However, the show’s significance extends even beyond its writing and content. Part of what is especially exciting about the series is that it was entirely written, cast, shot, and edited in Chicago. McEnany and her team put out a casting call seeking members of the Chicago queer community, whether experienced actors or not, with explicit flexibility in changing the gender identities and pronouns of roles.

To be clear, this course of events almost never happens—the opportunity to shoot a show for a major streaming service that actually employs and gives opportunities to members of the community that the show is about. Consider “Shameless,” the extremely successful show that was mostly about working-class Irish people in Chicago and yet was mostly filmed in Los Angeles, without any actual working-class Chicagoans gaining opportunities from the series.

The ability of “Work in Progress” to subvert the L.A. production paradigm is exciting for several reasons. It not only showcases the vibrancy of Midwestern queer culture, but also gives TV experience to Chicago-based actors with far less opportunity for this than those in L.A. Additionally, it prioritizes the casting of people with marginalized gender identities—for whom it is nearly impossible to find audition opportunities in the traditional L.A. or New York TV markets.

“Work in Progress,” which has been renewed for a second season on Showtime, is also exciting because it pushes us further from the 30-minute comedy/hour-long drama dichotomy that has previously been challenged by shows like “Transparent.” The show feels somewhere at the intersection of confessional stand-up, a quirky queer sitcom, and reading a stranger’s diary—a combination that makes it feel unlike any other show on television right now.