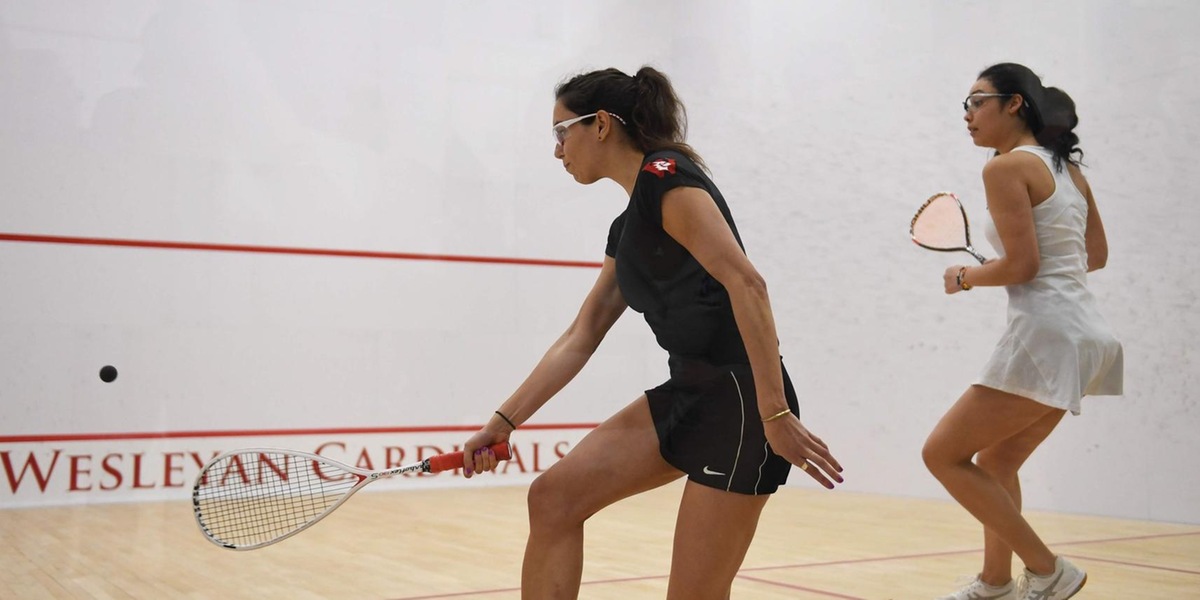 Note: Emma Smith ’22 is a Features Editor for the Argus.

The women’s squash team has battled all season, but this past weekend they faced their biggest test of the year: the College Squash Association (CSA) Nationals tournament. Yale University was set to host this season, which gave the Cards a slight home court advantage because they could go back to Wes in between days—a luxury that other teams did not have.

Heading into their Friday match against NESCAC rival Bowdoin, the Cardinals were confident. After smashing the Polar Bears 7–2 in the ’CAC championship only two weeks before, there was no reason to think the Red and Black would not win again. While many teams would have fallen into a complacent mindset, the Birds took the court and laid waste to their opponents from Maine, giving them another 7–2 drubbing.

As usual, Aditi Prasad ’21 set the tone with a 3–0 win in the No. 1 spot, but after her victory, the top of Wes’ ladder faltered to the plucky Polar Bears. However, Wes wasn’t deterred, and won in the 4 through 9 positions. Perhaps the most notable game was played by senior Nina Premutico. After falling behind 2–1, she fought back and won in five.

Another notable match came in the No. 9 position, where Annie Roach ’22 battled back after dropping the first game to win in four. What made this match particularly interesting was her opponent vomiting into her shirt in the middle of the fourth game. Needless to say, Roach had the upper hand from that moment on, not dropping another point the rest of the way.

The Cardinals headed back home to Wes on Friday night, but their work was far from done. The grueling nationals tournament had the Cards pitted against ’CAC powerhouse Amherst on Saturday. Despite playing their best efforts—and multiple matches going to four games—the Red and Black were simply outclassed by their Mammoth opposition. Wes fell 9–0 in a difficult match.

While Amherst certainly made for a difficult opponent, the format of the tournament was also a challenge for the Red and Black.

“The matches were really fucking early, which was hard,” Carly Blue ’22 said. “I also think it was mentally challenging playing teams that we had already faced multiple times, but everyone did a really good job of playing their game no matter who the opponent was.”

After losing to their Little Three rivals, the Cardinals had to rally once again to face Tufts on Sunday. The Cards were bested by the Jumbos in the ’CAC tournament two weekends ago, and unfortunately, the scoreboard would be no different on Sunday, 8–1 in favor of Tufts.

But the score doesn’t tell the actual story of the game. After losing in a heartbreaking match in the ’CAC tournament, Prasad played a brilliant match in the No. 1 spot to vanquish her foe on the Tufts team. Although this was the lone win for Wes on the day, they battled throughout up and down the ladder.

“The score was 8–1, but the matches themselves were way closer than that,” Sydney Kim ’22 said.

“I killed it, I sacrificed my body in an attempt to win points, I succeeded in winning points but not games,” Emma Smith ’22 echoed.

Seniors Russ and Premutico both took their opponents to five games, giving it everything they had in their final matches of their collegiate squash careers.

“I think some matches against Tufts were some of the most exciting matches of the season,” Blue said. “Both Nina and Josie took their opponents to five games, and they were playing some great squash.”

For Wes, this match was both a culmination of a successful season that saw them finish No. 20 in the country, a marvelous feat, but also a sad final hurrah for their seniors. Russ, Premutico and Sofia Melian-Morse ’20 have been integral to the team’s success on and off the court.

“The three seniors have had a huge impact on the team, and we’re all going to miss them so much next year,” Blue said. “Squash-wise I know that a lot of us look up to them, but they’re also just amazing people and great friends and I hate to have to lose them next year.”

“The seniors have been wonderful leaders and friends to us,” Smith agreed. “I think they did a really good job pushing us in preseason, which carried over to the regular season. They are great people.”

Perhaps it was the simplicity of Kim’s sentiments that best captured the feeling.

While the Cardinals will certainly feel the loss of their graduating seniors, they have a lot to be excited about looking forward. Their No. 1 and No. 2 spots will remain strong, with Prasad and Ananya Vir ’21 entering their senior seasons. Additionally, a strong group of sophomores will look to continue to contribute, playing an even bigger role next season. Lastly, the sole first year on the women’s team, Vale Osorio, had a fantastic first season, a very positive sign for the future of Cardinals squash.

“I hope the team keeps practicing together this spring and getting team dinners,” Russ said. “I hope they keep improving and having fun playing this sport that has been so formative in my college experience.”

“We are doing a team dinner tonight to celebrate. Will there be drinks? Maybe,” Smith said.