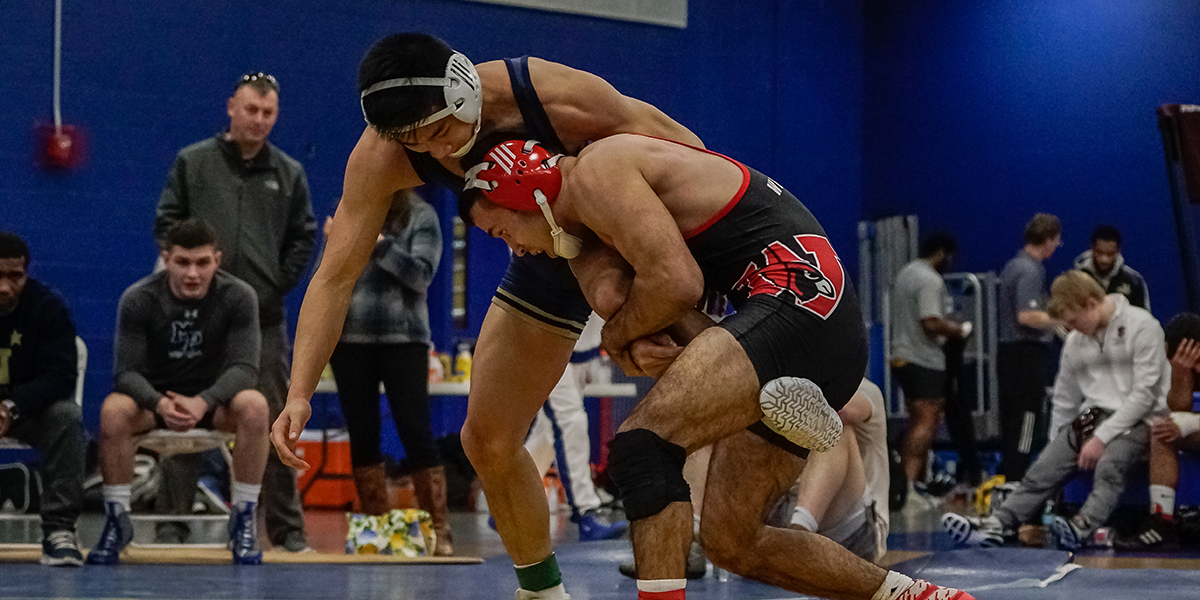 The wrestling team has already garnered some fame—and newspaper acclaim—this season, most notably for its coach, Drew Black. Just a few weeks ago, Coach Black was inducted into the New England Wrestling Association (NEWA) Hall of Fame. After coaching the Cardinals for 22 years and coaching wrestling for 26 years overall, Coach Black was the only coach inducted into the 2020 NEWA Hall of Fame class, joining the likes of former wrestlers Joseph Adam of Trinity and Dwayne Dawson of Western New England University.

The Red and Black went 1–3 that day, only taking a win against Plymouth State at 33–18. Wesleyan showed dominance against the Plymouth Panthers, tallying victories in more than two thirds of the meet’s matchups.

Wesleyan fell hardest against Castleton, 39–6, then Williams, 33–11. After four forfeits (two on each side) in the Trinity matchup, the Bantams edged the Cardinals out at a close 27–24.

Despite the team’s losing average, some star members turned out better records than the Red and Black as a whole. Junior Harrison Karp went 2–2 in the heaviest weight class, 285, winning both victories by decision. Tristian Stetson ’20 and Marco Gaita ’22 were the only Cardinals to take matches against Castleton, winning at 133 and 174, respectively. The pair went on to win all four of their match-ups. Stetson won by sudden victory, decision, a forfeit, and technical fall; Gaita won by three decisions and a pin.

“I would attribute my success this season to wrestling relaxed, confident, and working harder than ever,” Gaita wrote in an email to The Argus.

The next week, the Cardinals returned to campus to host their first home match of the season on Saturday, Jan. 25.

The Springfield College Pride left Wesleyan proud of their efforts as they took a decisive victory, 36–9. Senior Amir Daouk, newcomer Dario Molina ’23, and Gaita were the only Cardinals to win in the match, facing off in the 125, 149, and 174 weight classes respectively.

After the loss, the Red and Black satisfied their need for a win with their second victory of the season on Saturday, Feb. 1. Back in their nest, the Cardinals faced off against Rhode Island College. Even though they had to forfeit at 165, the Cardinals edged out their opponent by winning five matches. They came out on top in a close 23–20 finish. 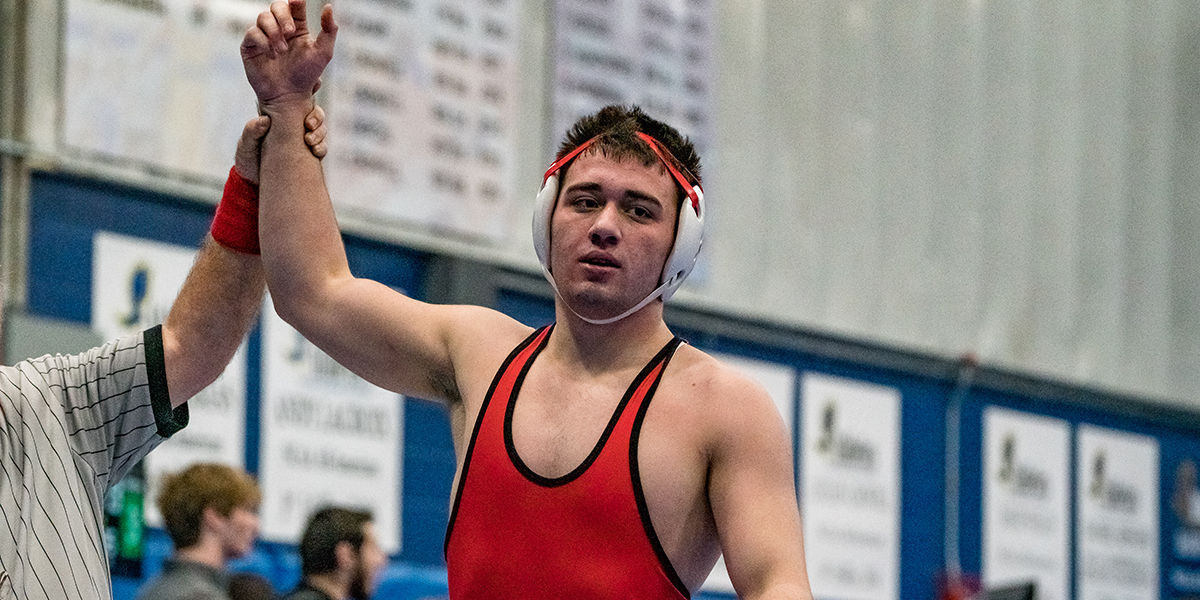 Daouk and Stetson showed off their skills once again, claiming the biggest wins of the day at 125 and 133, respectively. Both of their wins came from major decisions, quickly racking up the Cardinals’ score. Aaron Goldman ’22 also had a strong showing at 157, where he pinned his opponent—the No. 4 ranked wrestler in New England, no less—in 2:40. Gaita also pinned his opponent, winning at 174 in 2:26. Molina took the fifth victory of the day, coming out on top after a 6–4 decision.

Unfortunately, the Cardinals returned to defeat in their matchup last weekend at Williams. The Red and Black went up against both Williams and Ithaca College, and suffered losses to both teams.

In their faceoff against Williams, the Cardinals found individual victories and nearly clipped the Ephs before falling 15–21. Wesleyan won half of the matchups, starting with Daouk at 125. Stetson, Molina, Gaita, and Duncan Kreutter ’22 followed with victories at 133, 149, 174 and 184, respectively.

The competition against the Ithaca Bombers proved more difficult. Gaita was the only member of the Wesleyan team to come out on top, and the Cardinals suffered their worst defeat of the season, 38–3. Considering Ithaca’s standing in college wrestling, the defeat is expected, although no less upsetting. Ithaca is currently ranked 16 in Division III Wrestling; no NESCAC school is ranked in the top 25.

Gaita’s individual victory over Ithaca, however, demonstrates his continued success across a stellar season. Despite injuries that led to missed practice and training, he’s won a significant majority of his matchups, even ones against All-Americans and nationally ranked opponents.

“I’ve beaten a few returning All-Americans this year and it just reaffirms the fact that I’m moving in the right direction and keeps me motivated,” Gaita said. “When facing an opponent of that caliber, I just take it as another match, another opportunity to improve, and another step towards a national championship.”

The Cardinals continue their road to the championships tomorrow, Feb. 15, for a matchup against Lycoming College. After traveling to the small Pennsylvanian liberal arts college earlier this season for the Budd Whitehill Duals, they’ll get a chance to avenge their losses on their home mat this Saturday.