From Lovestruck to Lovelorn: Our Valentine’s Day Picks

Happy Valentine’s Day! It might be a polarizing holiday, but whether you’re shamelessly sentimental or sick of treacly love stories, The Argus is here to help you with your V-Day listening and viewing.

If you love love…

How Do You Love? (The Regrettes) 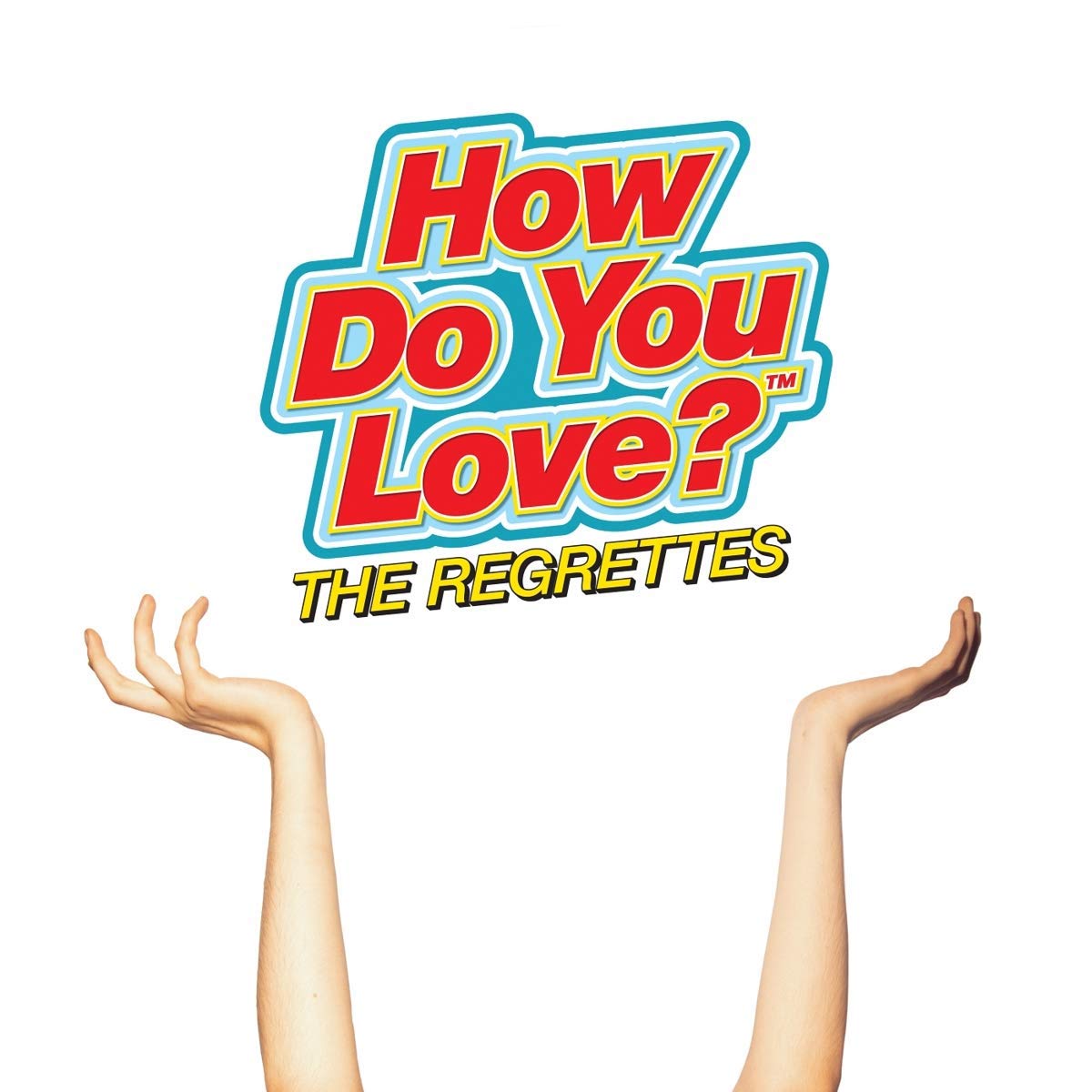 Released last summer, The Regrettes’ How Do You Love? is a mix of 15 alternative/indie songs that tell the trials and triumphs of a romantic relationship. The first song on the album, “Are You in Love? (Intro)” sounds more like a spoken word checklist than a song at all, asking listeners if they’re experiencing a set of “symptoms” of those in love. The songs that follow are a rollercoaster of emotions, emulating what love is all about—from anxiety to longing to euphoria. The final song on the track,“How Do You Love?,” is a celebration of the different ways people express and experience love.

Even if you think you’re the most in love with love, chances are Jane of the telenovela “Jane the Virgin” has you beat. As a romance novel lover and aspiring writer, Jane’s world is split between her real-life passion and the fantasy scenarios she imagines. While the show’s choked with romantic plot and obsession, there’s also an emphasis on other kinds of love: love between friends, long-lost family members, and across generations.

“Love You For A Long Time (Maggie Rogers)” 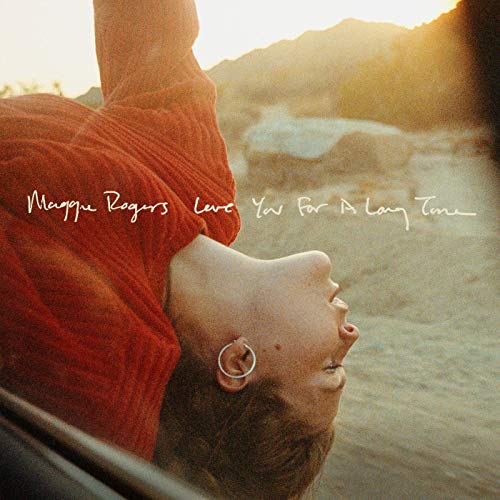 Maggie Rogers’ new single enthusiastically and poetically embraces all that’s beautiful about love. While we’re used to love songs that teeter on the edge of heartbreak, Rogers throws caution to the wind and boldly declares she’ll love this person for a long time. “I saw your face and I knew it was a sign / And I still think about that moment all of the time,” she sings with a clear, sunny tone. “And in the morning when I’m waking up / I swear that you’re the first thing that I’m thinking of / I feel it in my body / Know it in my mind / Oh I, I’m gonna love you for a long time.” 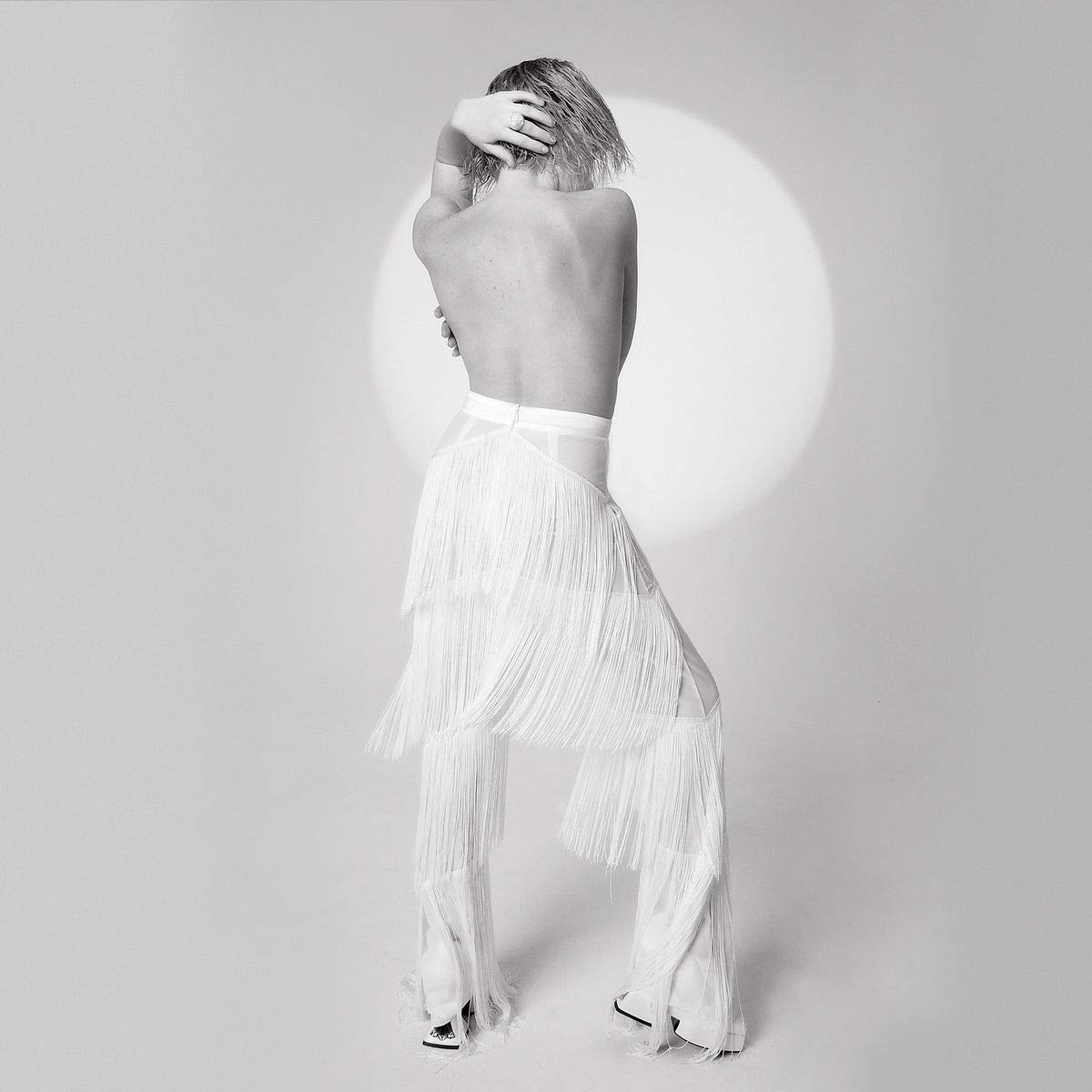 Over the course of four studio albums and just over a decade, Carly Rae Jepsen has morphed into a powerhouse, drawing critical acclaim without sacrificing her bubblegum pop roots. Dedicated, her most recent record, is 48 minutes of glittering, unrestrained emotion, an ode to feeling big feelings without embarrassment. In an age of constant irony and carefully cultivated detachment, Jepsen encourages us to lean into love in all its forms, from breathless crush to unrequited desire. 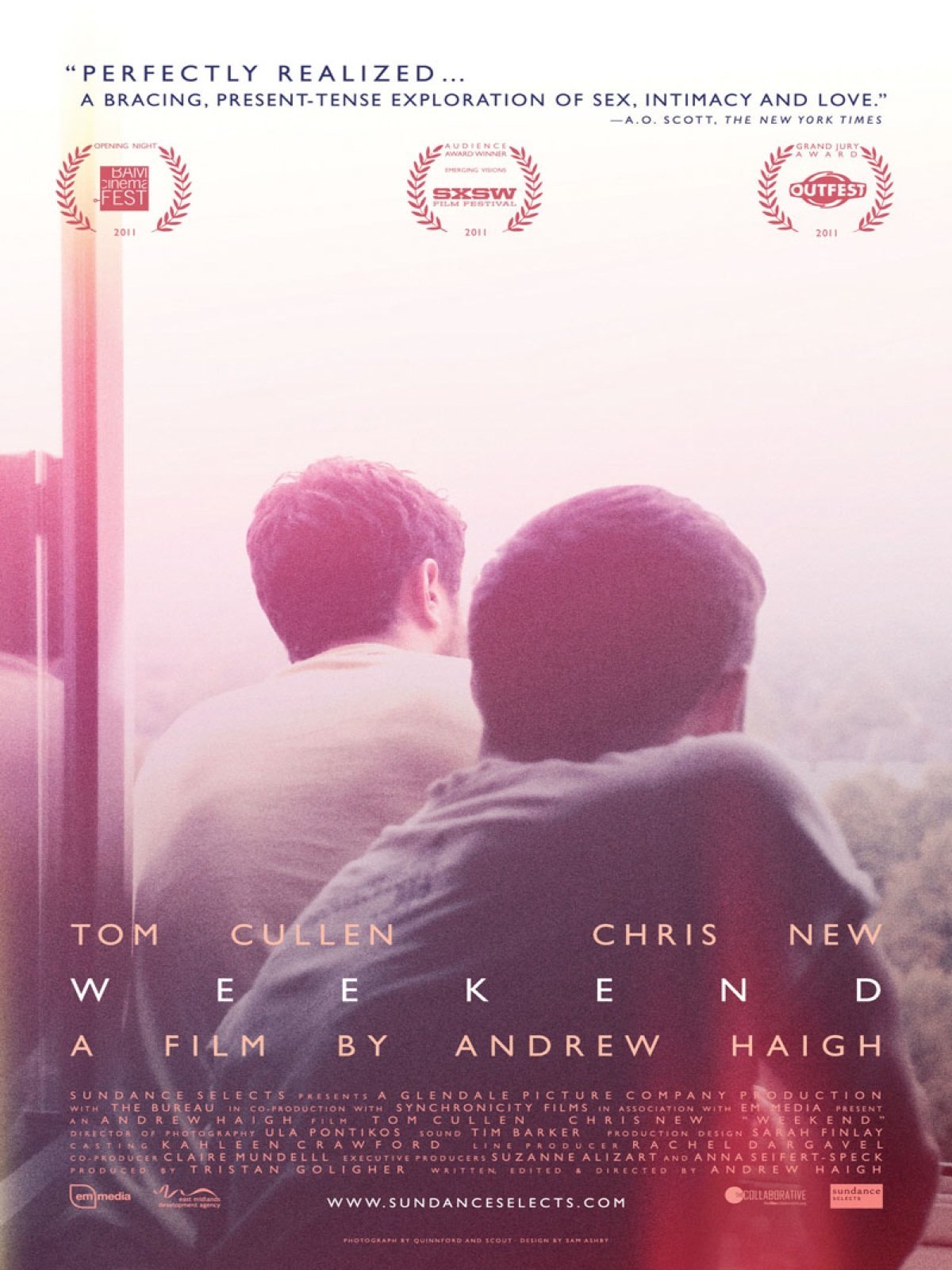 So few films accurately portray the tenderness of new love along with its awkwardness and embarrassment. Even fewer films portrays gay relationships without feelings of devastation at the end. But “Weekend” is the rare find that does both, following the relationship between Russel (Tom Cullen) and Glen (Chris New) that goes from a hookup into something deeper over the course of one weekend. The most exciting scenes show the two in bed together, arguing over gay discourse. You can see Russel and Glen finding irreconcilable differences in their conception of identity, but choosing to stay next to each other, if just for a moment. 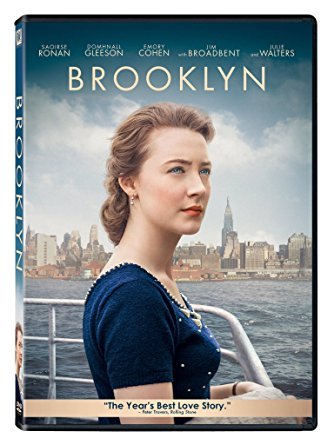 Saoirse Ronan may not have won the Oscar for “Little Women” last Sunday, but she arguably deserved the award even more for her role in “Brooklyn” in 2015. Ronan portrays Eilis, an Irish woman immigrating to Brooklyn in 1951, and struggling to reconcile her torn national identity alongside her romantic interests in the Italian Tony (Emory Cohen) and Irish Jim (Domnhall Gleeson). While the setup might seem conventional, Ronan’s performance is something to behold: she completely embodies Eilis’s journey from innocence to confident adulthood. In this maturation, Eilis’s romantic relationships don’t confine her, but instead prove essential choices in deciding who she wants to become.

If you hate love… 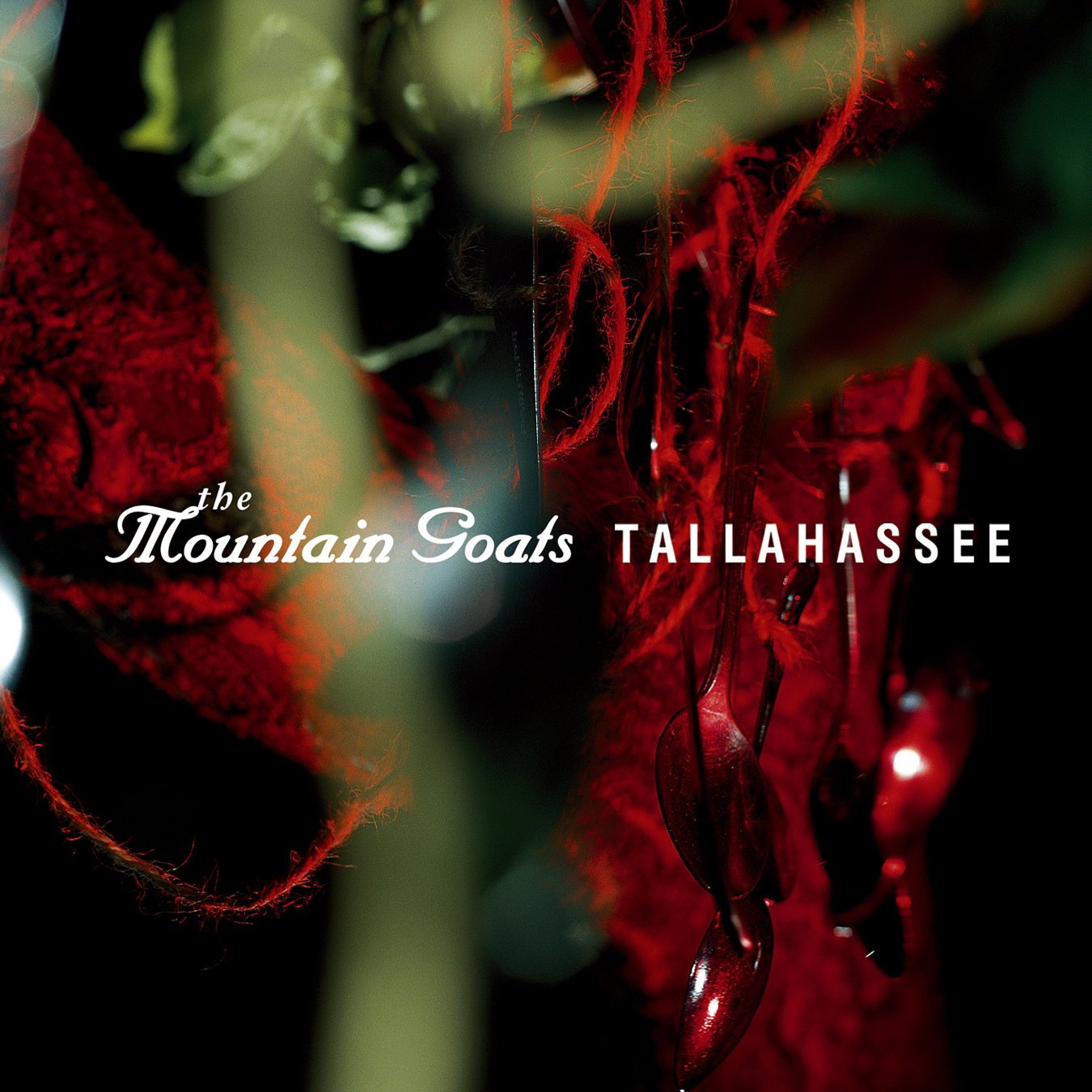 “I hope you die/I hope we both die”

So sings John Darnielle on “No Children,” a song whose jaunty delivery belies its deeply depressing subject matter. “No Children” is not a breakup song, and Tallahassee is not a breakup album. Rather, the 2002 concept album is a character study of an alcoholic, codependent couple who cannot bear each other and yet cannot work up the strength to leave. Darnielle is unparalleled when it comes to vividly sketching out a full story in the space of a single song and on Tallahassee, he paints a vivid picture of love in its most toxic form. 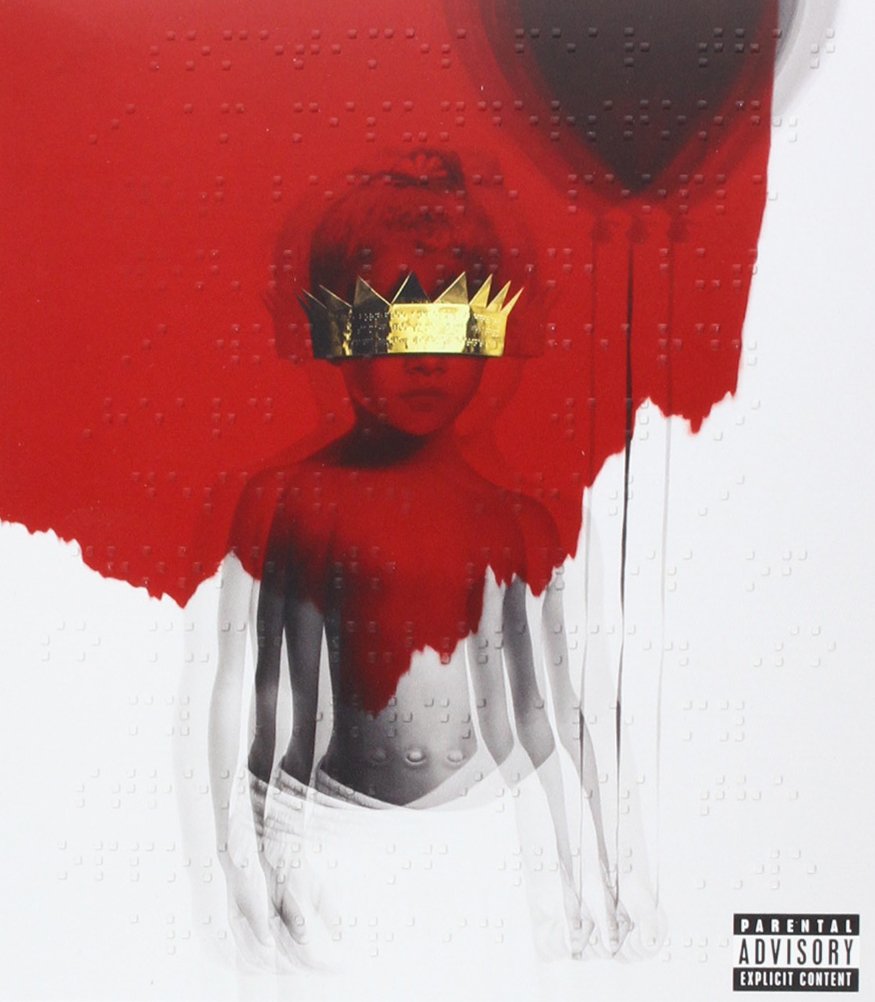 Four years after ANTI, Rihanna still hasn’t released any new music. But who can be mad @badgirlriri when her last release was a definitive mic drop? Underneath the album’s chilled-out vibe is Rihanna’s disappointment and frustration in a relationship. On repeat for me this February is “Kiss It Better,” a rock ballad mixing sensuality with vulnerability. The song reveals Rihanna’s use of physical intimacy as a tool for healing, the unsaid conclusion being that it’s failed her. Like the rest of the album, the song isn’t anti-love. Instead, Rihanna asks how much of ourselves we’ll give to make love work. 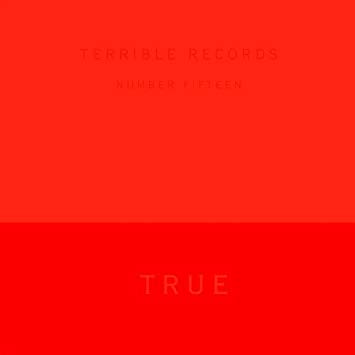 Before Solange’s forays into art installation and autobiographical work, she released the 7-track EP True in 2010. Combining ’80s synth with a modern R&B sensibility, Solange mines her past experiences of a failed relationship and transforms them into shimmering pieces of dance-able melodies. In “Lovers in the Parking Lot,” she sings “played around with your heart / now I’m playing around in the dark.” I can almost imagine Solange writing these songs late at night, staring at the afterglow of her former love, and deciding to party in the dark anyway.

Netflix’s “You” recently released its second, highly-anticipated season, and star Penn Badgley is still getting love for his character. Watch just a few episodes and you’ll quickly see why these obsessions are concerning. “You” may be about one person’s love for another, but it also tests the bounds of what “love” means, and how far someone will—and should go—if they love someone else. 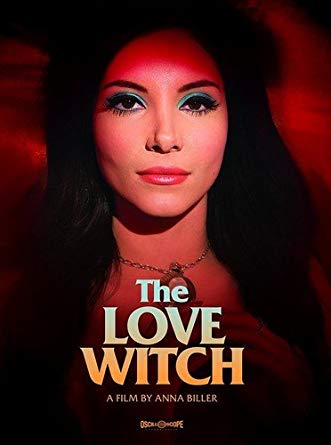 It’s difficult to accurately describe Anna Biller’s strange, stylish “The Love Witch.” Is it a feminist revenge fantasy? An ode to sexploitation flicks of the ’60s and ’70s? A self-indulgent romp for girls who buy their tarot cards at Urban Outfitters and listen to too much Lana Del Rey? The film stars Samantha Robinson as titular love witch Elaine, who is constantly disappointed in her search for love (and whose disappointment often has lethal consequences). Biller is a true auteur; along with writing, editing, directing, scoring, and producing “The Love Witch,” she designed all of its sets and costumes. The resulting movie stands out both visually and thematically, a kitschy pastel explosion concealing a trenchant exploration of female rage. 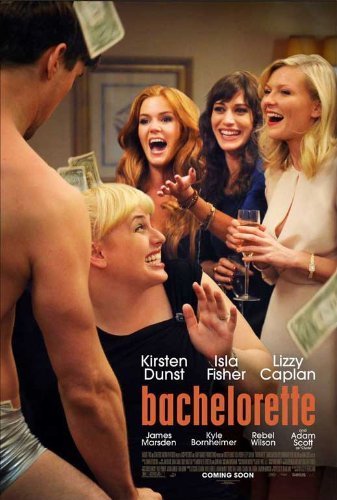 Wikipedia ascribes “Bachelorette,” Leslye Headland’s criminally underrated 2012 movie (no relation to the reality TV franchise) as a romantic comedy, and while it certainly includes both romance and comedy, it bears little resemblance to classic films like “When Harry Met Sally.” Following three deeply dysfunctional women on the night before their friend’s wedding, “Bachelorette” skewers dating, marriage, and female self-loathing, and is a bracing antidote for anyone sick of sappier love stories.