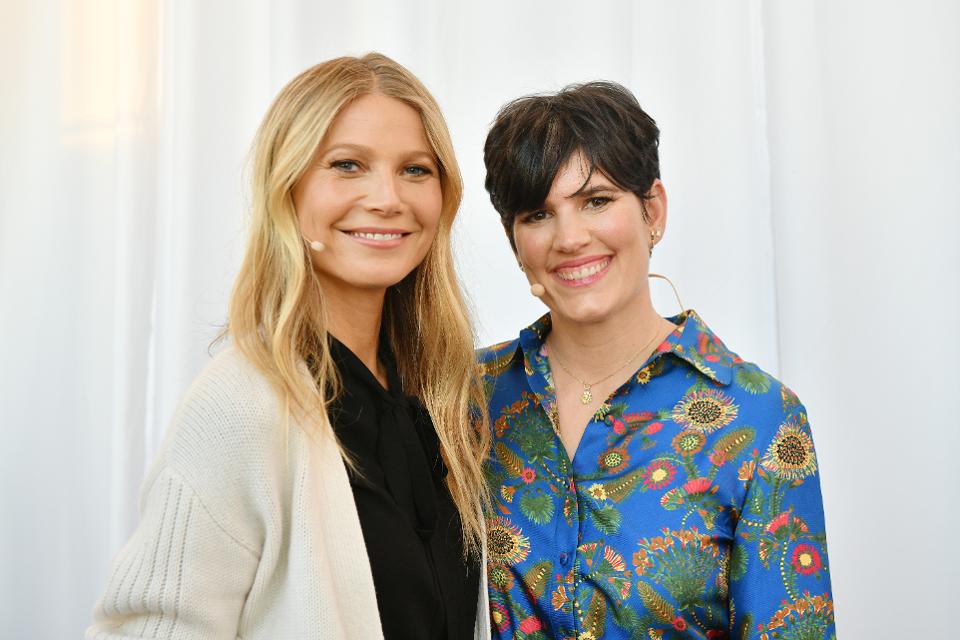 When I first sat down to watch Netflix’s “The Goop Lab,” I must say that I was approaching it with all the empiricism of Gwyneth Paltrow’s Yoni Egg claims—which is to say, not much. I started the show not with an open mind, but with a sure sense that it would be “woo woo bullshit,” an idea that The New York Times suggests might just be rooted in patriarchy.

What I found instead was a mixed bag. Each episode of “The Goop Lab” is an amalgamation of researchers, lab testing, empirical evidence, energy healing, shamans, clitoral diagrams, medical doctors, veganism, plasma facials, and cultural appropriation. Goop blurs the lines between science and pseudoscience, stitching together narratives of “health” and “wellness” that offer alternating doses of fear and hope, the perfect combination for driving sales. It’s an ideology that is perfectly aligned with Gwyneth Paltrow’s opening words to the series: “How can we really milk the shit out of this?”

The first hint that “The Goop Lab” wouldn’t just be a series of Outrageous Vagina Egg Claims came within the first episode, “The Healing Trip,” when Paltrow talks to researcher Mark Haden about his work with psychedelics. Having already read about Haden and the groundbreaking work he is doing with psychedelic-studies association MAPS Canada by testing psychedelics in clinical settings, I was hopeful that Netflix had enforced some quality control on the show. However, rather than taking the next logical step and attempting psychedelics in a controlled environment with researchers and doctors, Paltrow’s team decides to take a trip to Jamaica to try shrooms for the first time with “psychedelic elders,” i.e. a couple of white people who explain their process of cultural appropriation.

“The indigenous people who have used these medicines for years have really traditionally used them curing illnesses, like, physical illness,” one of these “elders” claims. “And they’re rather perplexed by us Westerners that show up and want to connect with the divine. They think we’re a little odd, and what is missing is, in their context, is that is our illness, is that we do not have any connection with anything other than ourselves and the material world.”

Because milking indigenous cultures for spiritual healing is always a good look.

This episode is a perfect example of how “The Goop Lab” works: tapping into fears and anxieties (depression, disconnectedness, lack of spirituality, trauma), presenting research in a field that may help (clinical studies in psychedelics for treating depression and anxiety), and then taking things into left field (shamans in Jamaica that offer spiritual healing). The show follows this formula throughout its entirety, except that the episodes progressively become more and more detached from reality, starting out with psychedelics and orgasms and ending on dangerous crash diets and energy healing.

The question, then, is why? What’s in it for Goop? One of the more striking aspects of the show is that Goop peddles none of its own products. There are no psychic vampire deterrent drops or vitamin packs or various things to stick up your vagina to be found; at least, there aren’t any that are explicitly labeled as being part of the Goop brand. Instead, “The Goop Lab” is selling ideology, which in turn drives the sale of its physical product. In no other episode is this more apparent than “The Pleasure is Ours.”

If you’re going to watch any “Goop Lab” episode, this should be the one. The expert that Paltrow talks to in this episode is Dr. Betty Dodson, who approaches the topics of sex and orgasms with exactly the no-nonsense attitude that you’d expect from someone who’s been teaching orgasm workshops since the ’70s. In the few minutes that she’s on screen, Dodson delivers more valuable information than the public school system manages in a full semester of sex-ed.

“The vagina is the birth canal only,” Dodson replies. “You wanna talk about the vulva, which is the clitoris, and the inner lips, and all that good shit around it.”

Paltrow’s subsequent astonishment—and her lack of knowledge about anatomy—is a good hint at what “The Goop Lab” is actually pedaling. The cover art for the series is a picture of Paltrow herself wearing pink and standing in the middle of an abstract vulva, the slogan overlaying her “reaching new depths” as if the slender, blond haired actress herself is receding into her own body in search of greater self-knowledge. Goop’s brand, and the show itself, is obviously targeted at and marketed to women, with the concerns that Goop addresses being markedly feminized (how to be in touch with your feminine energy, how to cleanse the body and spirit, how to reverse or stop aging). One would expect the leader of such a female-sexuality-centric brand to be knowledgeable about the basic anatomy of the vulva, or even just the fact that the clitoris has an internal structure.

But the crux of the matter is that Goop is not so much worried about educating women as it is with selling things to them and using the guise of “sex-positive feminism” to do so. “The Goop Lab” has a dizzying concoction of research and pseudoscience—sex positivity mixed up with fears about growing old or getting too chubby—which is only the first step in selling products to, dare I say it, vulnerable women.

Goop’s page for the fourth episode, “The Health Span Plan,” sells a similar story. In the episode, the Goop women sit around a table and discuss their fear of aging.

“I’m terrified of it,” one of them says.

The conclusion? Trying natural processes for stopping or reversing the aging process, rather than accepting aging as a natural part of life and rejecting cultural messages about a woman’s youth being her value. On the Goop page you’ll find links to anti-aging supplements and facial treatments.

There is, of course, embedded in my critique of Goop and its feminized marketing strategy, the potential that people are made uncomfortable by it particularly because it is woman-centric. Is it not condescending that I have characterized the women that Goop markets to as “vulnerable,” as if women lack the basic facilities to tell truth from fiction?

Elisa Albert and Jennifer Block address this point in their article for the New York Times “Who’s Afraid of Gwyneth Paltrow and Goop?” and argue that none of the topics covered in Goop completely lacked sound evidence—and that the Dodson episode is “downright radical.” True enough.

“The tsunami of Goop hatred is best understood within a context that is much older and runs much deeper than Twitter, streaming platforms, consumerism or capitalism,” they write.

Albert and Block go on to note the many ways science has disappointed women in the past, including devices like pelvic mesh or the urge for women to stop breastfeeding in the early 20th century, and the many downfalls of science in general. They liken Goop’s “intuitive” approach to wellness to 19th century woman-centric modes of healthcare like midwifery (they list no other concrete examples), which were effective and yet shirked by mainstream, male-centric medicine. Albert and Block even compare Goop’s approach to the placebo effect:

“We kiss our children’s boo-boos even though there’s no gold standard evidence that it will make them feel better,” they write. “We just know that it does. Which in turn makes us feel better. That’s ‘wellness.’”

But to liken Goop’s approach to midwifery, as though it is practice that emerges out of women’s intuitive understanding of their own bodies and their knowledge of themselves, ignores the dynamic present in the show itself. The “wellness” practices that appear on the show often feature the knowledge of male practitioners (the shamans, the practitioner of cold shock therapy, the dietitian that encourages Paltrow to starve herself at 800 kcal a day) that are directed at women, the Goop women who sit in circles and dutifully listen to the wisdom being bestowed upon them meant to cure their various womanly ailments.

To say that the show preys on vulnerable women is not to say that women are, in particular, vulnerable as opposed to men. Only that the show picks in particular on women, their insecurities, their health concerns, their fears. And the solutions that Goop presents are far from intuitive. The practitioner of cold shock therapy in Episode 2 makes claims about being able to cure all kinds of diseases, including cancer, with only breathing and will-power, by plunging one’s body into freezing water (a practice that can easily lead to hypothermia and death, as the episode points out). Later, the episode on dieting makes claims about lengthening one’s life while simultaneously putting Paltrow on a dangerous, nutrient-deficient starvation diet.

At its heart, “The Goop Lab” is a capitalist venture, rather than a feminist one. And while there is something to say about chewing the meat of the show and spitting out the bones, about learning about strides in psychedelic medicine and sexual health and the myriad of other ligament ideas that “The Goop Lab” presents, there is also the danger of swallowing the confusing, emotionally predatory ideology that comes prepackaged into the show the same way one might swallow a $60 pack of Goop vitamins.

Katie Livingston can be reached at klivingston@wesleyan.edu.