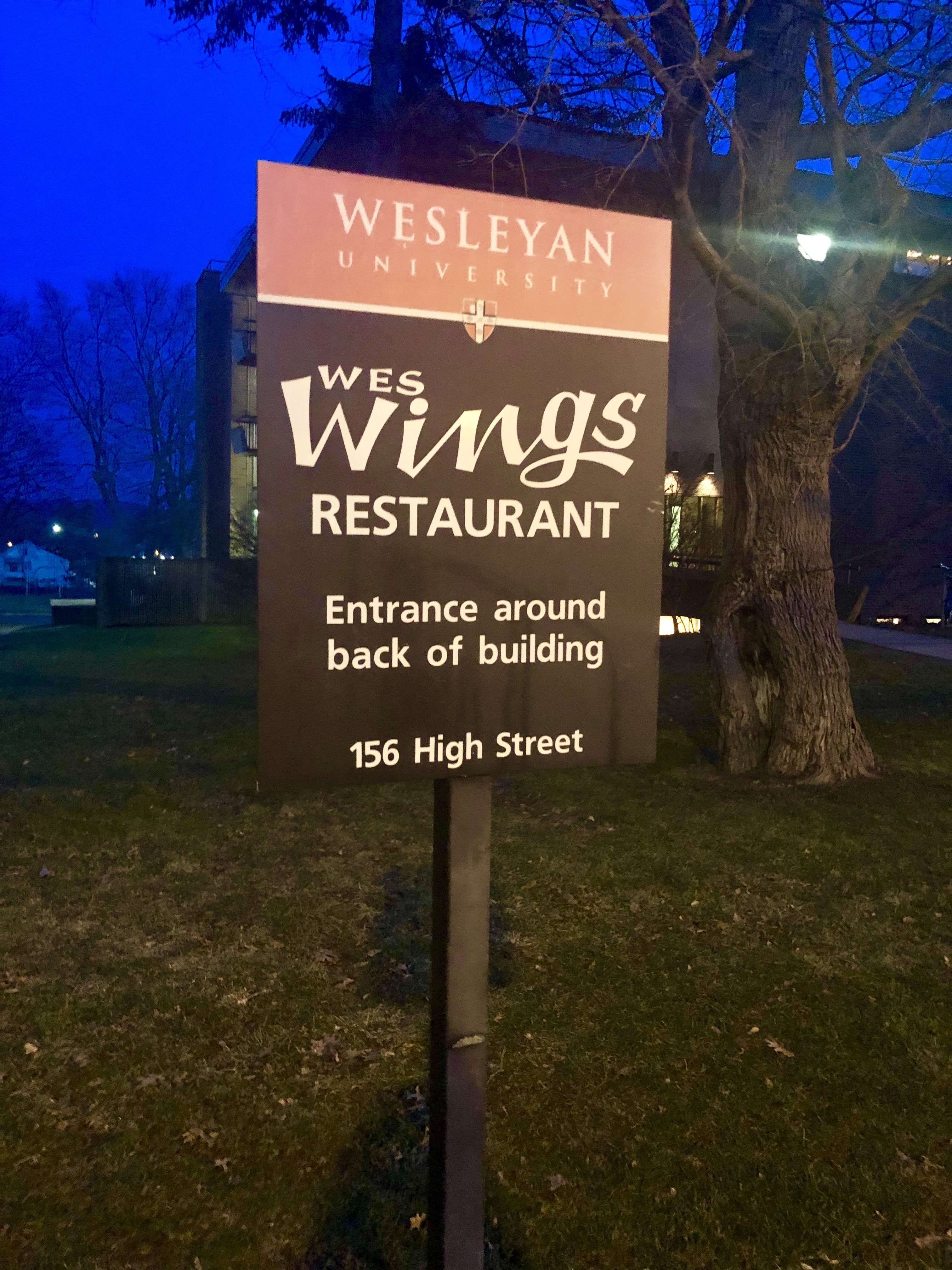 On a balmy Tuesday afternoon, I sat down in the empty WesWings restaurant to interview Ed Thorndike ’89. Thorndike is the owner and founder—along with his business partner, Karen Kaffen-Polascik—of WesWings and The Red & Black Cafe. The atmosphere, even without any customers, is bright and cheerful, with The Knack’s “My Sharona” blaring out of a speaker in the kitchen.

Thorndike is clearly a fixture of WesWings; with graying hair and square glasses, he has the energy of a man in charge. WesWings—or ’Swings, as most students refer to it—is entering its 30th year, after its inception in 1991.

Thorndike’s first foray with Wesleyan, however, began much earlier than that. In addition to being a member of the Class of 1989, Thorndike comes from a family with extensive ties to the University. When I asked whether he’s related to the behavioral psychologist Edward Thorndike, who graduated from Wesleyan back in 1895, he smiled.

“I’m the fourth generation of Edward Thorndikes,” he explained. “I initially didn’t want to come to Wesleyan because my whole family had come here but when I came to visit I immediately felt at home. I felt like, ‘This felt right. This is where I belong.’”

Despite going in as a prospective theater major, he later became an English major after Emeritus Professor of English Tony Connor’s advice.

“[Connor] advised me, at the time, in his sort of, kind of English accent, he told me, that you know ‘The Theater Department here is terrible, you don’t want to be a Theater major,’ Thorndike said.  “And he said you should either be a double major at the time, or you should consider being an English major. And I was like, okay, so I became an English major.”

For what he referred to as his “Senior Project,” Thorndike wrote a play that poked fun at the Iran Contra affair, a political scandal in the mid-to-late 80s under the Reagan Administration. Apparently it was a very subtle treatment of the issue, because Thorndike said that students in the play didn’t even realize what is was about until he explained it to them.

“Two nights before we opened…I remember one of the [students who was in it] sort of coming and saying ‘You know this is a funny play. It’s a funny play because it isn’t really about anything,’” He said. “And I go, ‘Well, actually’ and I sort of mentioned that and they started going through all the characters and realizing, and they’re like ‘ohhhh’ and I go ‘okay, well maybe I should’ve been more clear with that.’”

Post-graduation Thorndike planned to pursue writing professionally. Six months after he launched his mortarboard into the sky, he moved back to Connecticut. At the time, he wanted to be near his girlfriend of the moment, who was student teaching in the area. Quickly, however, that fell apart.

“And within six months, we had broken up,” Thorndike said. “I hadn’t written a word and I realized I was not doing what I needed, I had no plan.”

After being a part of the community for over 30 years, Thorndike has seen a lot of Wesleyan. Over his time, he’s gone from employing friends he knew in college to students young enough to be his children. In response to the question of how the campus has changed, he said that things have changed, but that change is to be expected.

“People will ask, ‘How is Wesleyan different from then to now?’” Thorndike said. “And it’s as different as just like any college. The world is different now.”

However, Thorndike has noticed positive transformations on campus, particularly in the realm of campus dining options.

“Our food is better, Wesleyan’s food is better,” Thorndike said. “Hands down. It’s better than when I was a student. I ate it, MoCon. I know a lot of people like to think fondly of MoCon as a building, and everyone has nice memories of the building, but the food wasn’t good.”

This is partially because of the role that WesWings plays on campus. Since WesWings became a campus dining option, business has grown steadily despite the student population not expanding significantly. One of Thorndike’s missions has been to keep the food at WesWings imaginative and definitely not boring.

Aside from providing good food, Thorndike and Kaffen-Polascik attempt to provide a fun working environment.

One of the more notable things about Thorndike, and WesWings in particular, is the social media presence. Thorndike has built a renowned social media persona on campus via the WesWings Instagram page, posting stories even when school is out of session. Thorndike is also known, around campus and among alums, for his affinity for Lin-Manuel Miranda ’02. When I asked about their relationship, Thorndike sighed.

The Thorndike-Miranda bromance peaked when Ed attended a special showing of Hamilton in New York during a night specially reserved for Wesleyan alumni and students. Thorndike ranks that experience as one of his favorite memories during his time working at WesWings.

Despite all he’s accomplished at the University over the years, there’s still one thing Thorndike has never achieved.

“It’s been thirty years and I still haven’t been a WesCeleb,” Thorndike remarked. “So I hope in the next twenty or thirty years I could get a shot.”