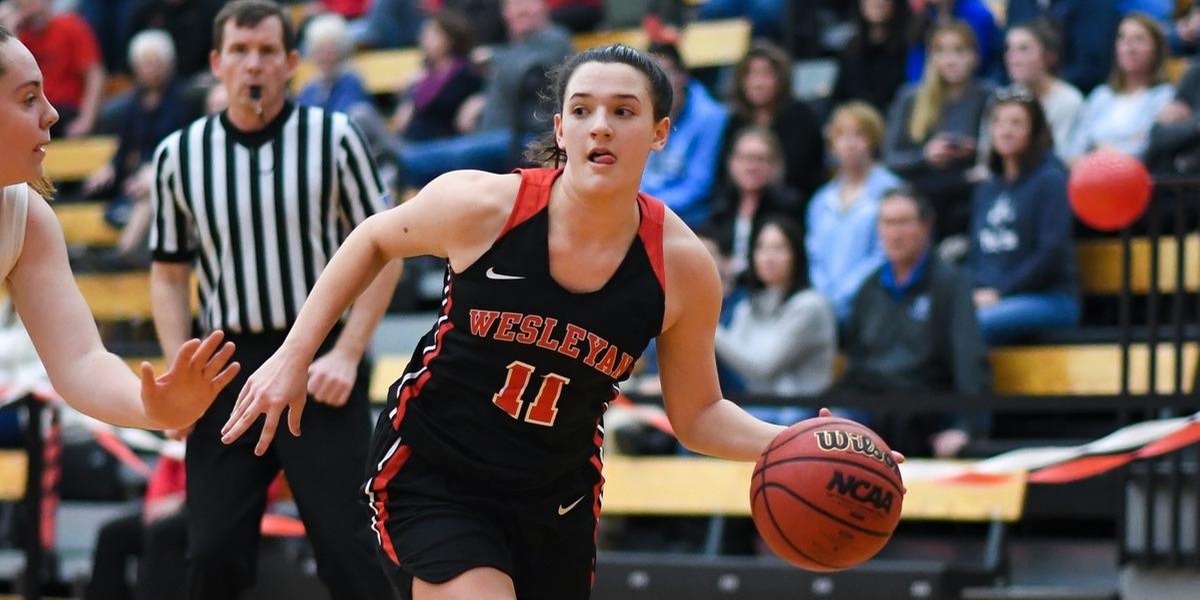 The women’s basketball team began the season with a six-game winning streak, the best start to a season since the 2004–05 campaign. This strong start was in no small part due to the defense; the Cardinals only gave up more than 60 points once during the winning streak. The Red Birds were flying high, but what goes up must come down, and for every six game winning streak there is a five game losing streak around the corner.

As of the team’s most recent game—a win against Suffolk University—their record sits at 10–7. After coming out of the gate with an 8–2 record in their first 10 games, the Cardinals hit a rough patch, going 2–5.

The team played six straight road games to start out the new year, winning the first two against Fitchburg State University and Babson College. In the first game, the Cards were propelled by stellar play from first year Maggie Lee ’23, who finished with 16 points while driving the Cardinals’ reserves to outscore Fitchburg State’s bench 38-18 en route to a 80-45 victory.

In the next game, the Red and Black faced off against Babson at the Judy Pearson Memorial Tournament. The game was tied at halftime until Maddie Clark ’22 led the team to an eight point, 65-57 victory. Clark caught fire from behind-the-arc, going 6-8 from three and was just one three pointer shy of tying the Wesleyan game record of seven three-pointers made by Shaleen Bowman ’03 in a game against Hunter College all the way back in 2001.

However, after a strong start, the Cardinals dropped the next four road games, three of which were against conference opponents: Tufts, Bates and Trinity. This stretch also featured a Little Three rivalry loss to Amherst.

The defensive presence that was apparent in the first 10 games wasn’t the same during this stretch of road games. The least amount of points the team surrendered was 65 against Bates. In the five straight losses the team never shot greater than 40 percent from the field, and every game had more turnovers than assists.

Despite the dip in results, the team’s competitiveness was still very palpable and there were several silver linings over the last seven games. Sophomores Caleigh Ryan ’22 and Marina Petruzzi ’22 have become an exceptional guard duo, leading the team in scoring by averaging 14.9 and 13.4 points per game, respectively. Clark is shooting 32 percent from three, and senior guard Ava Tompkins ’20 is handling playmaking, leading the team with three and a half assists per game while also averaging six boards and more than one block.

The Birds returned home to the Silloway Gymnasium to face Trinity, but fell 77–58. Ryan led the team in all three major statistical categories by posting a double-double with 19–11–5. Clark again tied a career-high with six threes, but the Cards were dominated in the paint 34–12, and the Bantams got to the free throw line 32 times compared to just 11 trips to the line for the home team.

Then, the tables turned and the Cardinals bounced back in a conference game against Connecticut College. The Red Birds shot 28 free throws, making 22 compared to the Camels’ nine. Junior Katy O’Connor ’21 dominated the glass, finishing with 14 rebounds, seven of which were offensive, to go along with a game high 17 points. Tompkins also had a double-double of 11 points and 13 rebounds.

The Red Birds rounded out the month with a low-scoring defensive battle at Suffolk University, ending with the Cards winning 53–37. It was the least amount of points a Wesleyan team has scored in a win since a 43–38 victory against Wellesley College five years ago. Despite going only 4–21 from deep, the team got to the line 16 times, pulled down 62 rebounds and capitalized on Suffolk’s mistakes with 13 points off turnovers.

The team may just have turned the corner and returned to being the defensive stalwart that opened up the season. The Cardinals will play at the Massachusetts Institute of Technology on Tuesday night before returning back to Middletown on Friday for a Little Three rematch against Amherst.