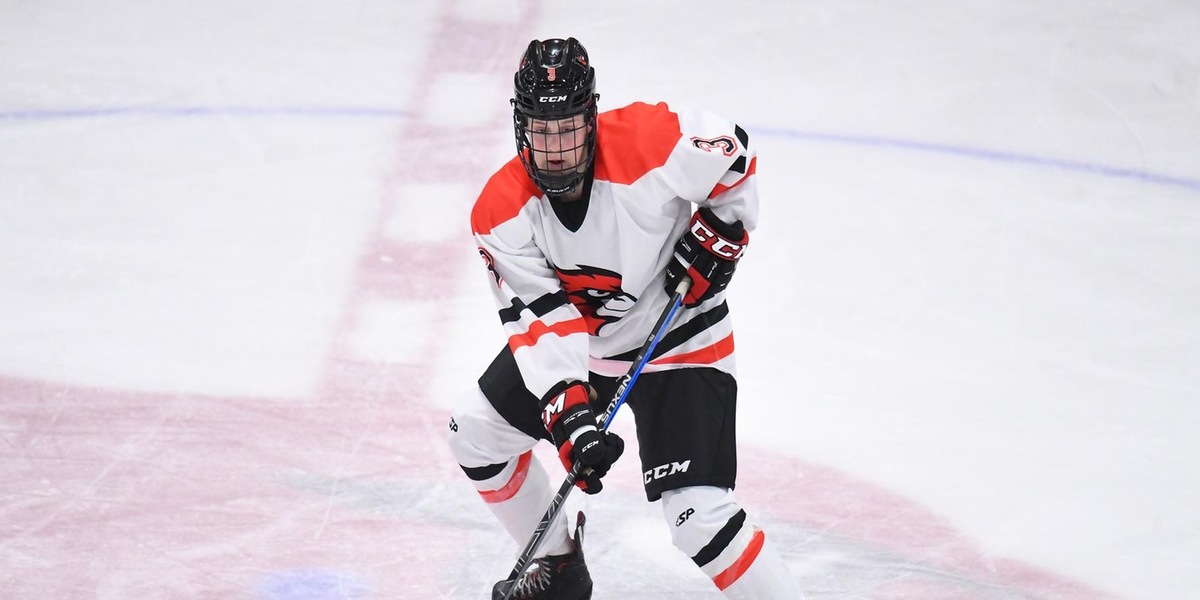 The men’s hockey team’s inconsistent play that hindered them in the beginning of the season has continued to hamper them as the season has gone on. They are currently 9–7, but they are only 5–5 in NESCAC play.

Over winter break, while most students were enjoying their time off, the Cards were hard at work against tough NESCAC competition. They had a lot of success during the break, going 3–1, with wins over Middlebury, Bowdoin, and Colby and a lone loss coming against a nationally ranked Williams team. They also were successful in their non-conference games as well, winning the Codfish Bowl to kick off the new year in Massachusetts by beating Fitchburg State University in the semifinals and the University of Massachusetts Boston in the final.

In the semifinals, the Cards defeated Fitchburg by a score of 2–1. The Cards had to come from behind as Tyler Levine ’22 and Quincy Gregg ’20 scored in the third period to turn a 1–0 deficit into a 2–1 win. Senior Tim Sestak made 23 saves to secure the victory. But the final against UMass Boston was a different story: The Cards won by a score of 6–2. Five different players scored for the Red and Black, led by two goals by Cam Peritz ’21. Sestak once again was solid, making 39 saves on 41 shots.

Following this triumph and break from NESCAC play, the Cards resumed the conference with a tough loss to thirteenth-ranked Williams by a score of 4–2. Wes went down 3–0 to the Ephs, with all three goals coming in the second period. The Cardinals rallied to score two in the third, narrowing the margin to 3–2, but the Ephs added an empty netter to secure the victory. Peritz and Emmet Powell ’23 scored the two Cardinal goals, and Sestak made 27 saves in the loss.

Following the loss, the Red and Black went on to defeat Middlebury to cap off a 1–1 weekend, winning against the Panthers by a score of 3–1. Powell scored once and Levine scored twice to secure the victory, while Sestak made 19 saves. The next game, however, the Cards’ four-game non-conference winning streak snapped, and they fell to SUNY Plattsburgh by a score of 3–2 in a midweek game.

They rebounded from the loss, though, with two conference wins over Colby and Bowdoin. First, against the Mules, the Red and Black won by a score of 3–1, with Walker Harris ’20, Spencer Fox ’20, and Liam Donelan ’23 providing the offense. In goal, Sestak made 23 saves in the victory. Then, against the Polar Bears, the Cards won by a score of 4–3. Harris scored twice and Peritz scored once to put Wes up 3–0 before Bowdoin scored three straight to tie it up. However, eventually Fox scored in the third period to put the Cards ahead for good. Sestak had another solid game, making 29 saves. Unfortunately, the conference winning streak snapped at three as Wesleyan went 0-2 over the weekend, losing to Tufts by a score of 4–2 and then Connecticut College by a score of 2–1. In both games, Wesleyan fell behind early before either tying up the game or making a rally before eventually losing.

Despite the two tough losses, Fox is happy with how the team is playing right now.

“The team has looked strong the last few games despite a couple of tough losses,” Fox said. “Our overall team play continues to grow as the season progresses as we get closer and closer to the playoffs.”

Fox added that the key to turning losses into wins was playing at a higher level.

“The key to getting back in the win column is to trust the way we’ve been playing and improve our execution,” Fox said. “Finishing pucks around the net will surely help us, but we need to stay committed to team defense and out-skating our opponents.”

Next up, the Cards return home to take on Hamilton College at 7 p.m on Friday, followed by a home matchup against Little Three rival Amherst on Saturday at 3 p.m.

After losing to Hamilton earlier in the season, the team is determined for revenge.

“The loss to Hamilton earlier in the year gives us plenty of motivation to rewrite the script this time around,” Fox said. “Playing a sound defensive game, outworking them in all three zones, and executing on our scoring chances will be the key to success.”