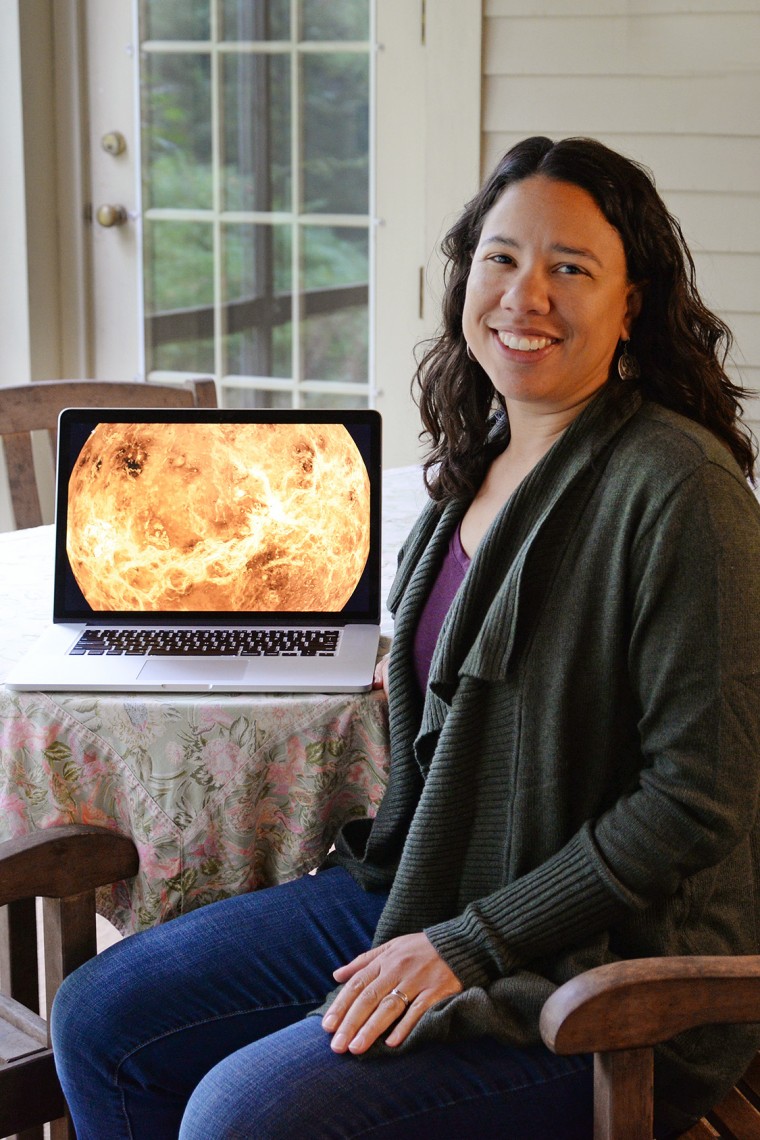 Wesleyan Professor Martha Gilmore’s Venus Flagship Mission Study, which was proposed following the National Academy of Science’s Midterm Report, has received funding from the NASA to be developed for the 2020 Planetary Decadal Survey.

Gilmore, the George I. Seney Professor of Geology and a Professor of Earth and Environmental Studies at Wesleyan, and Patricia Beauchamp, a Chief Technologist from the NASA Astrobiology Institute, submitted the proposal for the study in April and received the funding in October. Their final report will be submitted to the Planetary Decadal Survey in June 2020.

Gilmore and Beauchamp, along with their Concept Science Team, have outlined three main goals for their Flagship Mission Study. The first is to determine whether or not Venus was ever a habitable planet through assessing the presence and volume of water. The second is to understand the planet’s composition and climatological history by taking measurements of the atmosphere. The third is to assess whether or not Venus is geologically active and to better understand its geological history through evaluating volcanic and seismic activity.

They hope that these discoveries will allow scientists to better understand the Earth, as well as the planets outside our solar system—exoplanets—that are similar to the Earth and Venus.

“Not only does that say a lot about earth, but it also says a tremendous amount about all the Earth-sized exoplanets that we’re discovering, because many of them are not like Earth,” Gilmore said. “We’re actually detecting a lot of exo-Venuses out there, and when we start to get data back about their atmospheres, we want to know if we can say, ‘That atmosphere is Venus-like, and because we understand Venus, we understand how habitable that planet.’”

Gilmore and Beauchamp’s team consists of 15 other scientists from a range of academic institutions across the United States and United Kingdom, as well as scientists from NASA.

The funding that Gilmore and Beauchamp received for this study not only goes towards funding the science team’s work, but also to hiring an engineering team that will work in conjunction with the science team to design the project at the NASA design laboratory.

The next Planetary Decadal Survey will be held in 2020. Out of the 11 studies that received NASA funding to be developed for the next Decadal Survey, Gilmore and Beauchamp’s is the only one that focuses on Venus.

For instance, at the last Decadal Survey, it was recommended a mission to Europa, to a moon of Jupiter and flagship mission that will collect and return rock samples from Mars. This informed NASA’s decision to develop the Mars 2020 Mission.

“If they recommend that the next Flagship mission should be to Venus, NASA will have to decide how and when that would be implemented,” Gilmore wrote in an email to the Argus. “They could invite any Venus folks to help direct and design that mission, which could contain all or some of the elements of the Venus Flagship Study we produce.”

This gives the team the flexibility to decide what methods of surveying Venus would best enable them to assess whether it was ever a habitable planet.

“This is just a mission study which means that a lot of things that we’re considering right now,” Associate Professor of Planetary Astrophysics at the University of California Riverside Stephen Kane said. “There’s various components that the mission could possibly have, including an orbiter component, a balloon, a glider, and even a lander. And each of these different components will have different capabilities, so we’re trying to assess those in the context of the science questions that we’re trying to answer.”

The last time the United States sent a mission to Venus was in 1989, when NASA’s Magellan mission was launched. The Magellan spacecraft orbited Venus from 1990 until 1994 as it mapped the surface of the planet. Similarly, in 2005, the European Space Agency launched their Venus Express mission, which also involved sending an orbiter to study the planet’s atmosphere and surface. However, since the last of the Soviet Union’s Venera missions in the 1980s, no lander has descended through Venus’ atmosphere and taken measurements on the planet’s surface.

“The mapping doesn’t give you much information…about the composition of the rocks, and so part of what we want to do is measure the composition, and to do that we actually have to exploit a new technique developed since Magellan, which is mapping from orbit, but also land on the surface and measure the rocks—which is what any geologist wants to do anyway, it’s just really hard to do on Venus,” Gilmore said.

Gilmore and Beauchamp’s proposed mission would continue the work done by the Magellan mission.

“The Venus Flagship mission would carry out a slew of measurements, from orbit, from the atmosphere, and from the surface, to build on the understanding gained from the Magellan mission,” Senior Research Fellow at Oxford University Dr. Colin Wilson wrote in an email to The Argus.

Members of the team believe that carrying out a mission to Venus would provide the scientific community with critical information that would fill many gaps in their understanding about Venus—and other planets.

“Over the years, I’ve come to realize that there’s a great deal about Venus that we don’t understand,” Kane said. “We can’t fully comprehend the surface geology and how the atmosphere got to its present state [and] whether it could have had liquid water on the surface.”

Another member of the team, Joshua Knicely, a Ph.D. Candidate at the University of Alaska Fairbanks, explained that there is much about Venus that remains unknown.

“Venus should be incredibly similar to Earth according to everything we know, but something made it vastly different,” Knicely wrote in an email to The Argus. “It’s a huge mystery in terms of why there’s life and plate tectonics (which is often claimed as necessary for life to form) on present-day Earth, but not Venus.”

Despite this, there are many challenges that the team faces in designing a mission to Venus.

Temperatures on Venus can reach 864 degrees Fahrenheit (462 degrees Celsius), and, because of the planet’s dense atmosphere, pressure on its surface is estimated to be between 75 to 100 times greater than the pressure on Earth’s surface. As a result, it is difficult to design probes that can withstand these high temperatures. In order to overcome this challenge, Gilmore and her team are studying an orbiter and balloon for atmospheric measurements and landers, including one novel small lander, which could last for 60 days on Venus’ surface, and two small satellites to study the outflow of gases from Venus.

“I work extensively with a group at NASA Glenn Research Center in Cleveland on long-lived landers, which are smaller but all the components are high temperature components, and those—we hope—can last for a long time,” Gilmore said.

Because of these conditions, previous planetary research has largely omitted Venus.

“Venus is our other neighbor important for understanding Earth and yet is routinely left out of mission selections because of the difficulties of making more conventional observations,” UC Berkeley Research Geophysicist Janet Luhmann wrote in an email to The Argus.

Looking ahead to the Decadal Survey, when asked if they thought their study had a good chance of being chosen as the flagship mission, members of the team expressed varying degrees of optimism about the study’s chances.

“I’m cautiously optimistic,” Professor of Climate and Space Sciences and Engineering at the University of Michigan Sushil Atreya wrote in an email to The Argus. “There is a renewed resurgence of interest in exploring Venus within the planetary science community, which is further bolstered by the recognition amongst exoplanet community that Venus is critical to characterizing the planets in the habitable zone of sun like stars. There is also a growing awareness in the general public that Venus can teach us a lesson about climate gone wild. The Planetary Decadal Survey will take notice.”

Gilmore agreed that further study of Venus is essential.

“My goal is to have it rise to the top of the Decadal recommendations this time,” she said. “It depends on what the steering committee for the Decadal ultimately decides, but it’s our job to demonstrate to them why the science is essential for NASA to achieve its goals.”