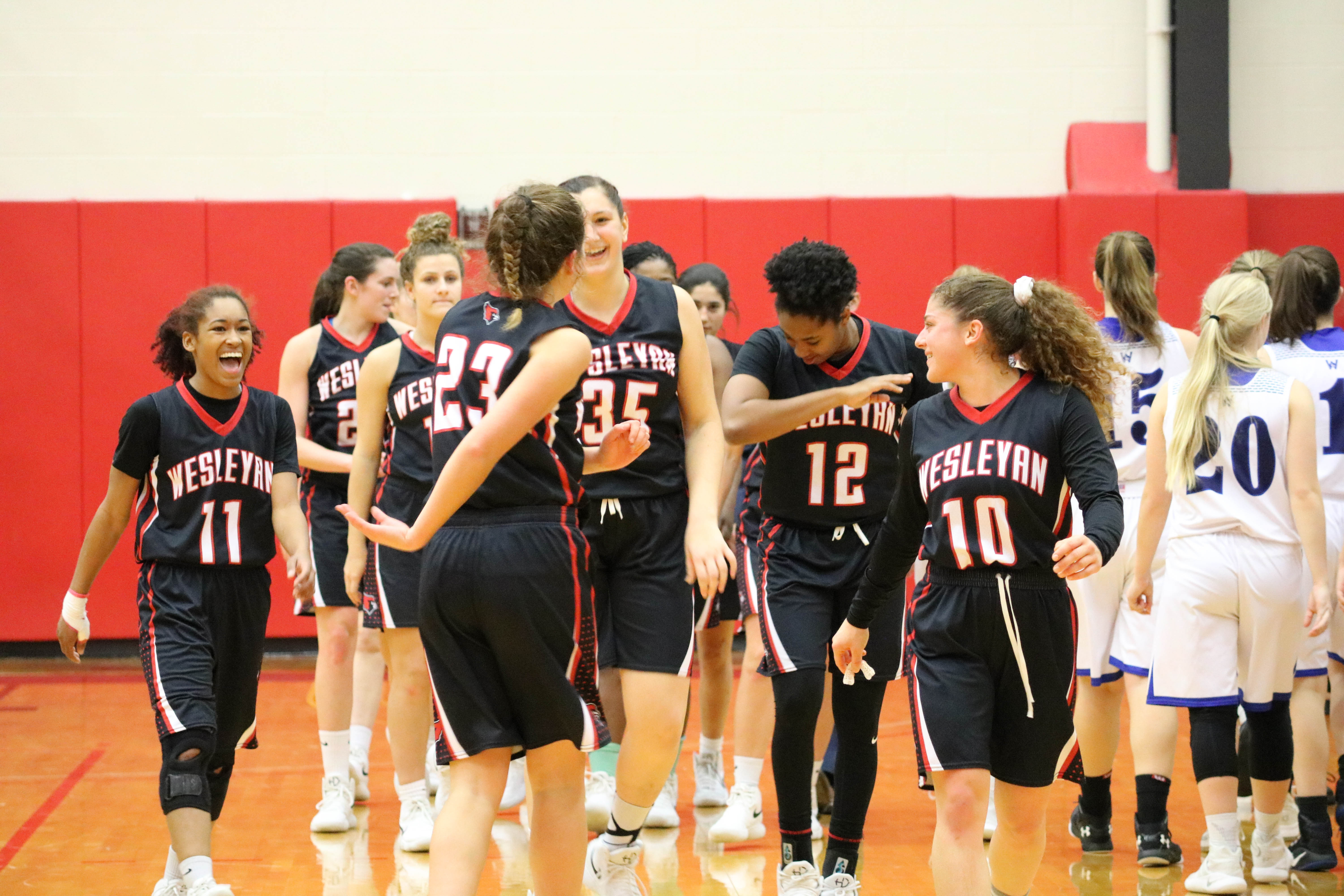 As the temperature continues to drop in this New England fall, the sports world to looks to move indoors. The games on large grass fields are replaced by the ice rink and the hardwood court. Now that November has come, the most famous game on hardwood is about to start.

The women’s basketball team begins their season this Friday, Nov. 15, in Newark, N.J. But to understand how this team may sprint into this winter, we have to take a step back to last year.

The 2018-19 Cardinals were a slightly above .500 team. They finished with a 14–11 record, but only mustered up a 2–6 in-conference record. The team came out of the gate strong, compiling a 4–1 record through the first five games, but went 10–10 the rest of the way, never having more than two consecutive wins. The Red and Black held down the fort at home, posting an 8–4 record at the friendly confines of the Silloway Gymnasium.

Last year’s Red Birds season ended at the hands of Little Three rival Amherst in the NESCAC quarterfinals. Wesleyan was an underdog seven seed, and even held the lead at halftime, but the Mammoths overcame the lead and won 60–40. The NESCAC championship was eventually won by Tufts in an upset victory over number-one seed Bowdoin, who had been undefeated in conference play.

While the Cards did have a solid season last year, it might be hard to improve upon that record with a couple of key departures, most notably from graduating seniors Olivia Gorman and Tara Berger. Those two led the team in minutes and were also the team’s top scorers, notching an average of 14.6 and 12 points per game, respectively. That was around one-third of the team’s average total 65 points per game last year. These two players were core members of the women’s basketball team, both scoring over 900 points in their Wesleyan careers, with Gorman becoming the 12th player in school history to reach the 1,000 point plateau in the final game of the regular season. Berger was also a major contributor on defense, as she was the only Red Bird to average more than a block a game with 1.8, to go along with over 10 boards per game.

How do you replace the leading scorer and a player averaging a double-double? Not easily. But a good place to start was last year’s breakout player Caleigh Ryan ’22. Last year, as a first year, Ryan was third on the team in scoring with 10.6 points per game as well as being second on the team with 7.4 rebounds per game. These excellent stats earned Ryan three different Rookie of the Year honors, including the NESCAC Rookie of the Year award.

Sophomore guard Marina Petruzzi held the fourth-best scoring record on the team last year at 7.8 points per game and will perhaps be able to help make up for the seniors’ departing 22 points a game. Senior Ava Tompkins ’20 will also help run the offense, after leading the team with three assists per game last year, as well as a 1.2 assist to turnover ratio, also best on the team.

A few other names to look out for are Emma Roush ’21, Katy O’Connor ’21, and Maddie Clark ’22. O’Connor will look to control the paint while Roush and Clark hope to provide solid minutes at the guard position.

With the departure of two captains who led the team last year, everyone moves up a spot on the totem pole. But these Cardinals are up for the challenge. With the defending Rookie of the Year, improving young players, and a strong veteran presence to steady the offensive ship, the game on hardwood seems to have a good year in store for the Cardinals.