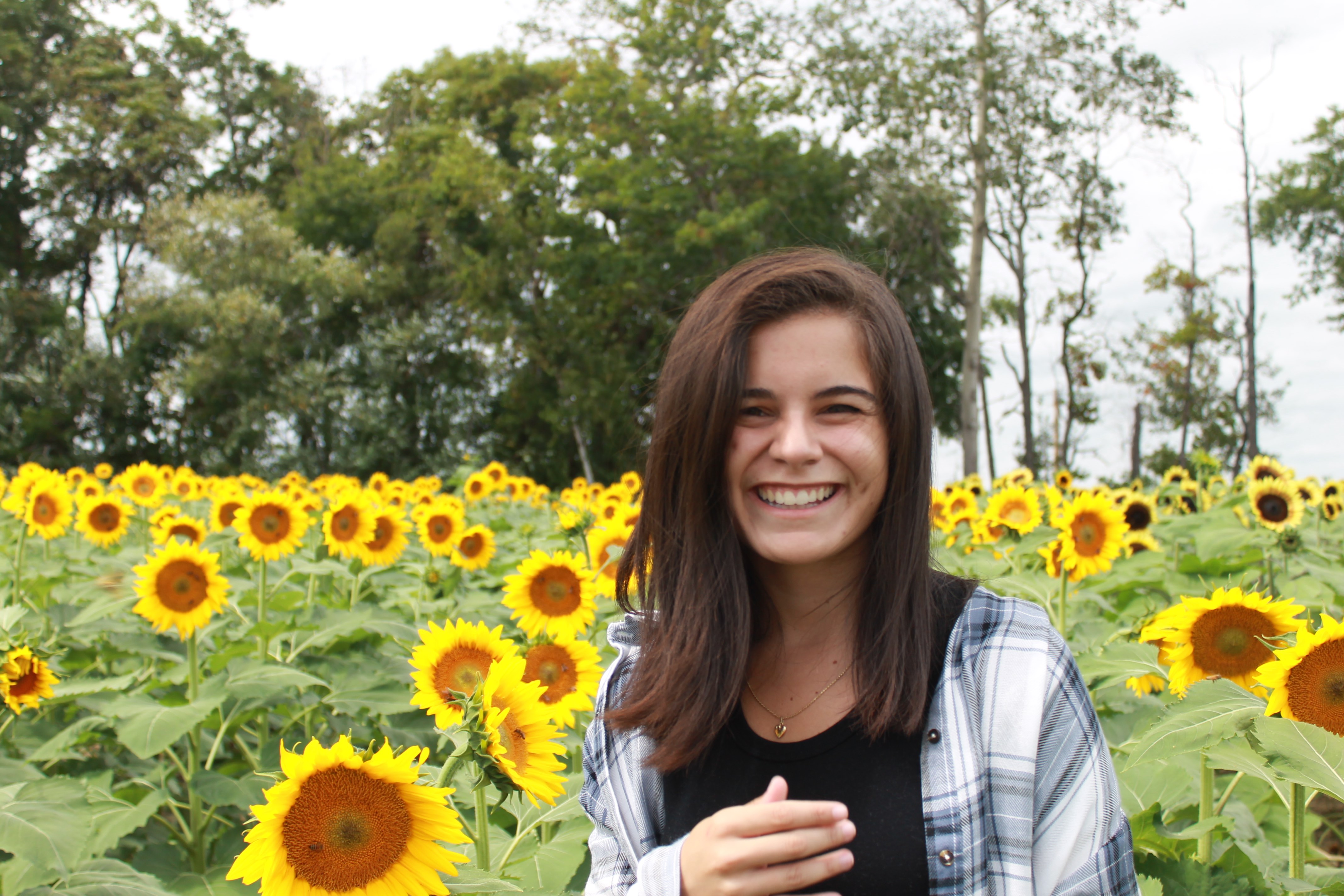 Katie Vasquez, according to one of her nominators, became an “orientation WesCeleb” because of her activity in the WesAdmits 2020 Facebook group as a pre-frosh hoping to make friends. Since then, however, she describes herself as being more on the quiet side, doing psychology research, learning woodworking, studying abroad, and watching “The Masked Singer,” a singing competition starring celebrities in masked costumes. The Argus sat down with her to hear the details and learn about her time as Wesleyan since her pre-frosh days.

Katie Vasquez: So, I almost feel like I’ve been called out of retirement. [laughs] When I was a pre-frosh, I was very active on WesAdmits, and ever since then I’ve been very subtle and in the background, so I’m quite surprised to be nominated. I do know my name’s kind of known because I was a nervous pre-frosh who wanted to make friends on Facebook before she got to Wesleyan.

A: So you were just a nervous freshman?

KV: Yeah, I thought it was just easier to make friends on Facebook than in real life.

A: One of your nominators said that you were working on a psychology experiment?

KV: I have two projects ongoing right now. One of them is a collaboration project with the cognitive development lab and the reasoning and decision-making lab. We’re studying a phenomenon called partition dependence, which means that our tendency to make decisions are influenced by the way our options are presented to us. It’s pretty well documented in adults, and my lab is doing this work with children for the first time, and we’re just investigating under different contexts in which children are subject to partition dependence. They definitely are [subject to partition dependence] with allocating resources to others. It’s a little iffy if it drives their preference-based decisions, which is what I’m working with right now.

A: And your other project?

KV: My other psych experiment is my thesis in the Psychometric Lab. It’s studying adult decision making in moral contexts—how adults decide to allocate their wealth to others who are closer and privileged to themselves, and how that relates to individual differences in the values that adults hold.

KV: When I was a kid I just decided I was going to be a therapist just because most kids want to be an astronaut or a singer, and I decided I wanted to be a therapist [laughs]. I held onto that for a really long time and I got to Wesleyan and signed up for PSYCH 105 and I was like, “Okay, I guess I like this,” but my goals have since changed. I no longer want to be a therapist—I want to be a researcher and probably a developmental psychology professor one day. But it all stemmed from me feeling like I knew everything about everyone when I was 10 years old.

A: Based on that, what do you want to do after graduation?

KV: I’m currently applying to doctoral programs. I’m hoping to merge the two lines of work that I’m doing. I hope to study moral development and how children come to develop moral standards and behaviors and how they act under different contexts including in the face of prejudice and maybe when their reputation is on the line.

A: Also in your nomination, it was mentioned that you’re learning woodworking? Can you elaborate on that?

KV: I am! Former WesCeleb Levi Ask [’20] is teaching a woodworking class, and I’m in it. I developed an interest in woodworking this summer, because I was at a doctor’s office and they had HGTV on and I just saw the beautiful things they were making out of wood, and I thought I wanted to do that. When I saw the studio art forum, I signed up and now I’m making a cutting board! It’s really exciting and it’s definitely a really fun class.

A: Obviously psychology and woodworking are very different. What other interests do you have?

KV: I’ve lately been a reading tutor at McDonough Elementary School where I work with second graders. That is related to my interest in developmental psychology, but it’s really fascinating to go to this class twice a week and see the individual differences in how these children are learning this really complex cognitive process of reading and that’s been a pleasure of mine. 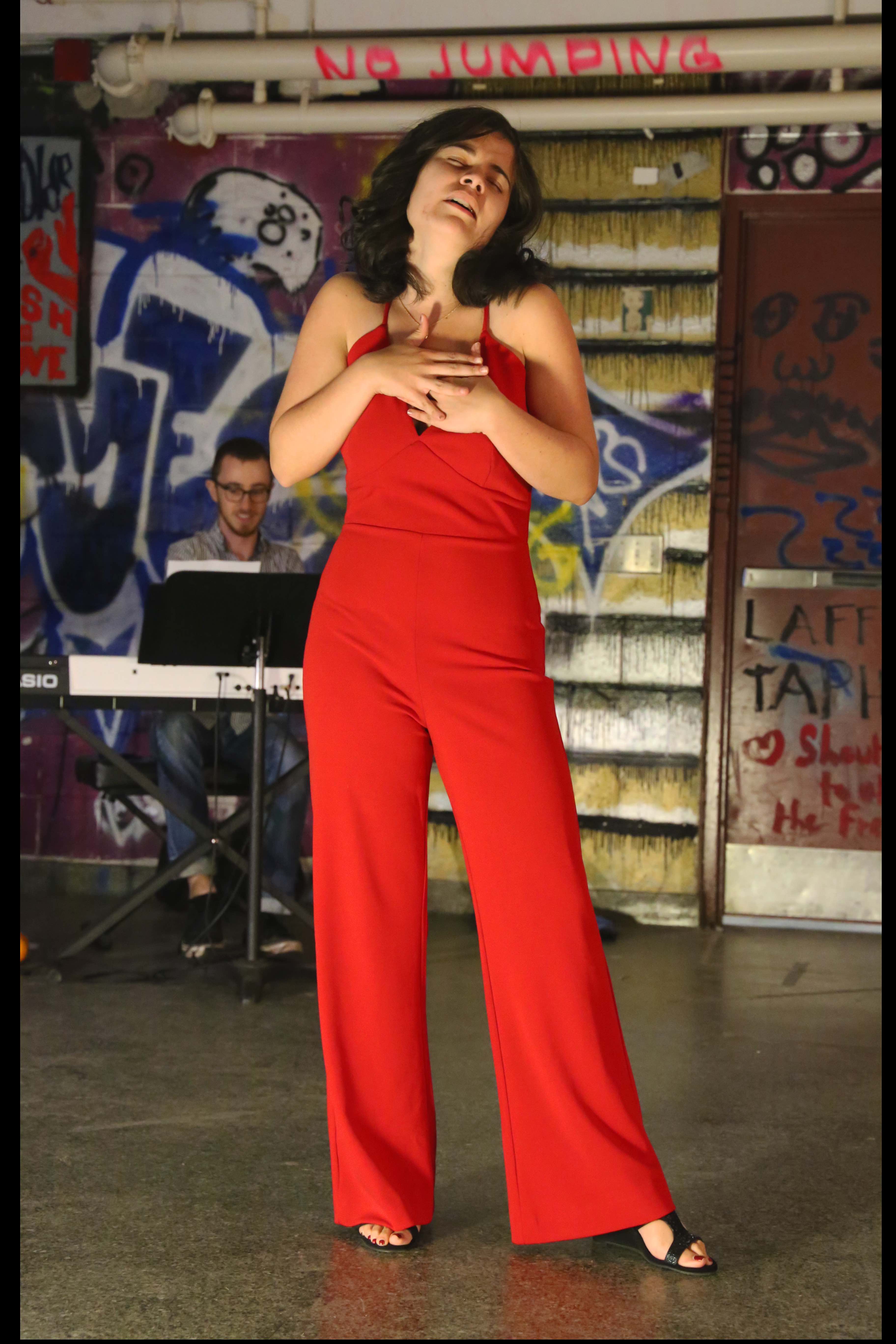 KV: I love to cook and bake. I really love theater! When I was a sophomore, my best friend and I put up an original musical, and that was great. I haven’t had time to do it since, but she and I have like three unfinished musicals we would like to put up if we had the time. I’ve done Second Shades a few times, I’ve done Showtunes Sideways, last year they did a musical theater cabaret which was a lot of fun and I’m hoping one of those happens again. I really like TV. I spend a lot of time thinking about “The Masked Singer” and that’s probably the most interesting thing about me right now [laughs]. I used to do cheerleading for a year.

A: How do you think you’ve changed since your pre-frosh WesAdmits days?

KV: I’m definitely less focused on everyone else. I was very focused on being liked, making friends, and being happy at Wesleyan through social experiences. I have a very close-knit friend group now, and I love them very much. I’m happy to make other friends, but it’s less of my mission. I’m more focused on improving myself and paying more attention to what I’m doing.

A: As a senior, how would you reflect on your years here?

KV: Not to sound like a psychology nerd, but my freshman year is gone from my memory. I joined psychology labs for the first time my sophomore year. That’s when I really feel like I started to come into my own as a person and I realized I had a passion for doing psychological research. I got a lot closer with my friends that year. And I honestly forgot the question [laughs].

KV: Yeah. Overall, my freshman year was a time of enjoying everything there is to offer and as each year has gone on, my interests have narrowed into who I want to be as a real-life adult. My junior year I went abroad [to the Czech Republic], which solidified what I’m interested in, because I didn’t have the opportunity to take much psychology there, and I wasn’t that happy in my academia. I also didn’t really have the close friends that I had at Wesleyan, so I learned that if there’s a festival or a market that I want to go to, I don’t necessarily need someone to go with me—I can go myself. When I made that realization, I became much happier. That spread into the rest of my time at Wesleyan. I can do what makes me happy and I can have fun and have my own goals, but I don’t really need other people. That’s not a great reflection because it’s all so jumbled, but Wesleyan was a place where I was exposed to so many different things really fast, and I wanted to try everything, which made me more solidified with my own path. I think if I went to a more traditional school, I might not know how much I love what I do love.