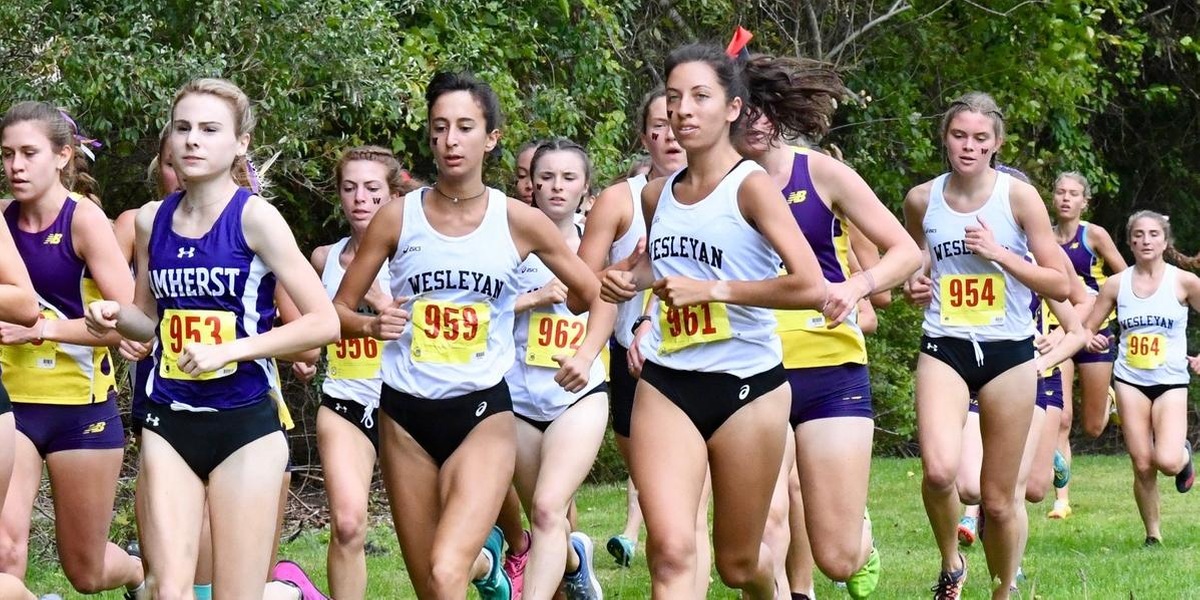 This past weekend, the 29th-ranked women’s cross country team traveled to Williamstown, Mass. to compete in the annual NESCAC Championship. The meet took place at Mount Greylock High School on Saturday, Nov. 2.

The 6K course was challenging and versatile. The runners needed to tackle not only running up hills, but also through meadows and wooded areas. Only the top 15 runners from each NESCAC school competed in the race, making the atmosphere competitive and high-spirited.

Although the Cardinals put in a valiant effort, they could not quite manage to top schools such as No. 4 Williams, No. 6 Tufts, and No. 16 Bates, who came in the top three slots, respectively. Wesleyan placed 6th out of the 11 competing schools, totaling 167 points, with four runners in the top 40.

The results do not measure up to those of the 2018 NESCAC Championship, during which the Red and Black were able to achieve a historic third-place finish with an all-around impressive effort. The 2018 result was the highest finish in the NESCAC Championship meet for Wesleyan since 1984, when they won the title.

However, the Cardinals displayed plenty of strong performances, proving that the hard work the team has been putting in all season is paying off. Similar to last year’s NESCACs, Sara Pinsonault ’20 and Becky Lopez-Anido ’21 led the charge. These two athletes are consistently the first two over the finish line during races, and have extremely impressive track records across their Wesleyan careers. Lopez-Anido placed first at the Little Three Championship at the opening of the season, and Pinsonault was the first Cardinal over the finish line in the past two races, which were the Paul Short Run and the Connecticut College Invite.

Last year, Pinsonault and Lopez-Anido led the team to success at NESCACs, when they placed seventh and eighth, respectively, and earned All-NESCAC honors. Although they could not manage to top their times from last year, the two made valuable contributions to Saturday’s effort.

Pinsonault placed 18th out of 146 runners, completing the course with an efficient time of 23:13.6 and an average mile pace of 6:14. It is an excellent result, particularly as Saturday was one of her last races as a Cardinal. Pinsonault says the key to her success is having fun and enjoying every minute of her experience as a tri-season runner.

“This season I’ve just been enjoying every single practice and race because I only have a few left,” Pinsonault said. “There’s still two seasons of track left, but cross country is very different compared to track.”

Lopez-Anido followed close behind Pinsonault, placing 27th with a time of 23:32.0 and an average mile pace of 6:19. First year Sara Greene was right on Lopez-Anido’s heels, as she finished the course with a time of 23:39.8. Two other first years—Mariah Saunders and Maeve Hoffman—rounded out the scorers for Wesleyan, with times of 23:48.4 and 23:59.2, respectively.

Building a supportive team atmosphere and culture continues to be a crucial aspect of Wesleyan cross country. The women strive to strike a balance between working with incredible intensity at every practice and encouraging one another.

“In practice we do the obvious things like running a lot of miles and doing hard workouts,” Pinsonault said. “But we also have been working on really getting to become a cohesive team. A team runs better when everyone is friends and gets along.”

Because the team is so young, with nine first-years, establishing a positive team culture means engaging the first-years completely and making an effort to bond at every opportunity.

“The upperclassmen often run with the freshmen, and we have special ‘Sister Groups’ that break the team down into smaller groups that make it easier for teammates to get to know each other,” Pinsonault said.

The Cardinals are idle until Nov. 16, when they will travel to Bowdoin for the NCAA Regional Championship. This gives the women plenty of time to continue to build upon their successes, strengthen team culture, and prepare for the culmination of an exciting season.