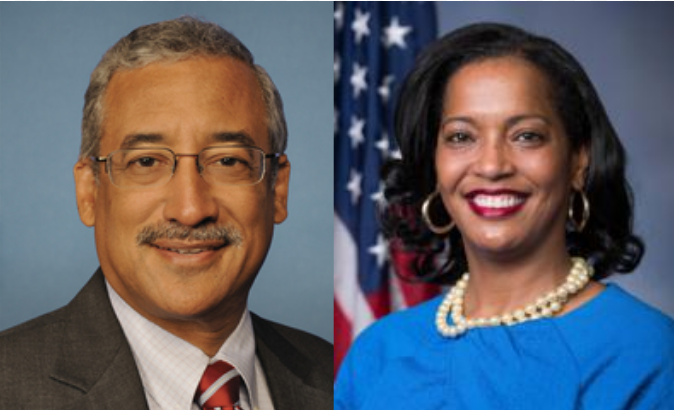 Earlier this month, House Democrats unveiled an extensive overhaul of the higher education system aimed at lowering costs and expanding access to college and secondary education. The proposed legislation, The College Affordability Act (CAA), would update the Higher Education Act (HEA) of 1965 for the first time in a decade and would cost $400 billion over a 10-year period.

While the bill is currently waiting for a vote on the House floor, The Argus joined a press call with Committee Chairman Bobby Scott (VA-03) and Jahana Hayes (CT-05) to discuss the act and its potential impact on Wesleyan.

“As you know, the rising cost of college has put an affordable, quality degree out of reach for too many Americans, and as a result, a growing number of students are regrettably questioning the value of education,” Scott said. “Accordingly, Congress must address problems in our higher education system so all students will have access to the benefits of a quality college degree.”

The CAA has three goals: to lower the cost of college for students and families, improve the quality of education, and expand opportunity for students from all backgrounds.

To tackle rising tuition costs, the CAA proposes a significant restoration of federal and state investments in higher education through a federal-state partnership. While the bill primarily tackles publicly funded state universities, privately funded schools such as Wesleyan will be impacted by the bill’s proposed loan and Pell Grant expansions. Pell Grants are federally funded, need-based grants for low-income undergraduate students. The bill would increase both the number of Pell Grants and the semesters a Pell Grant would cover from 12 to 14 semesters. The bill also proposes the largest increase in the value of Pell Grants since they were created in 1965.

“One of the things that we’ve done is significantly increase Pell Grants, which will help everyone going to a private school,” Scott said. “We also make student loans cheaper, easier to understand, and easier to pay off.”

“I think just to add to what my colleague said…outside of the Pell Grants and the ability to borrow money and the ability to repay, the idea that public school loan forgiveness is in there,” Hayes said. “For me, I think of educators and people who go into these service-related fields who take on a lot of debt in order to get a job, and then really have to worry about navigating their way out. This bill also replaces the repayment terms with one fixed repayment plan, and one income-based repayment plan, as opposed to the variety of options that are now out there that are so confusing for so many students. So, while we talk a lot about public institutions and state-run schools, this will affect any student that’s going into higher education.”

The CAA also intends to increase the quality of higher education by holding schools accountable for students’ success.

“The College Affordability Act blocks access to taxpayer funding for schools that cause a large share of the students’ loan defaults and schools that spend too much money on marketing and lobbying, while spending too little on educating the students,” Scott said.

Lastly, the CAA aims to expand opportunities for more students by providing flexible college options and increased support to meet students’ individual needs. This includes stronger wraparound services to keep students in school such as campus-based childcare, academic and career advising, as well as small grants to cover financial emergencies.

The bill also adds a provision to explicitly prohibit proposed changes to Title IX that the Secretary of the Department of Education released last November. Scott said these provisions place too much blame on survivors and that the CAA will strengthen preventative measures against sexual assault on campuses.

While some students on campus have demonstrated considerable excitement regarding the legislation, others have expressed ambivalence.

“I think this legislation would be really beneficial to Wesleyan students in a number of ways,” Trevor Devanny ’20 said. “Expanding Pell Grant beneficiaries and decreasing student loans would impact many students lives—I definitely support that.”

Charlie Hills ’20 acknowledged the important of the Act but stressed that there is still a long way to go.

“The College Affordability Act is a huge step towards reforming our education system,” Hills said. “But I do think there are ways it could be more progressive, like pushing for student debt forgiveness in its entirety.”