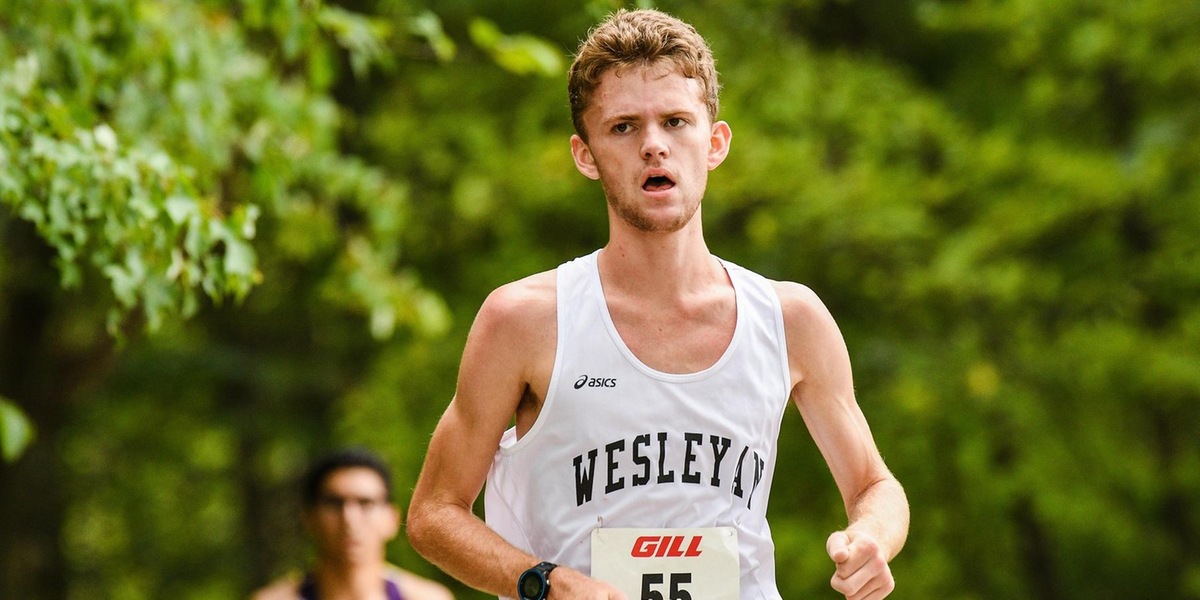 Men’s Cross Country started off the second half of their season with the Connecticut College Invite at Harkness Park last Saturday. The team looked to build momentum off of one of their best performances of the decade: a win at the Paul Short Run earlier this month. However, the Cardinals momentum couldn’t carry them over the finish line quick enough, as the team finished in the middle of the pack, 13th out of the 28 colleges competing at the meet.

Harkness Park was a new venue for the Red and Black, as this was the first time the men’s team had raced at the track.

The course is located on the waterfront of the Long Island Sound, and while it may be a joy to look at, Harkness isn’t exactly an easy course to jump into right away. According to Milesplit USA, a track and field database that documents cross-country courses’ difficult ratings, Harness Park is a plus-6 minute course. This rating is determined by comparing race finishing times to the median of all racing times, with a plus score for higher finishing times, which are considered more difficult, and a minus score to courses with faster finishes, indicating an easier course. With a plus-6 minute rating, Harkness Parks’ median time is a full six minutes slower than the median time of an eight-kilometer race, indicating a high difficulty course.

Running on a difficult course for the first time might look to spell disaster for the team; however, the middling finish was not a mediocre outing for the Red Birds.

“The team had a solid day at Conn,” Ross said.

The solid day was also a crowded one, as the Red and Black found their 12-member back in a swarm of over 400 runners. Kevin McMorrow ’20 crossed the finish line first for Wesleyan, finishing 17th of 410 competitors with a time of 25:08.1. This was the second consecutive meet in which the senior recorded a personal best, after his 25:36.2 time at the Paul Short Run earlier this month. Ross and Grant Van Inwegen ’20 ran in behind McMorrow for the Cards. They both placed in the top 100 in 25:58.7 (good for 84th) and 26:06.8 (99th), respectively. Both of those times were also new personal bests.

Adam Linsky ’20 followed the first three Red Birds and took fourth for the team, running the course in 26:08.7 in 103rd. Matt Frishkoff ’21 followed to cross the line just a second later but was edged out by a Worcester Polytechnic Institute runner and took 105th. First-year Eli Gappelberg and Will Bajohr ’20 rounded out the Wesleyan top seven, completing the course 26:23.7 and 26:42, respectively. Seven of the twelve Cardinal runners finished in the top half of the pack, four placed after the first 200, and one did not start.

As the cross country team heads into the home stretch, this meet might shed light on the competition in the upcoming NESCAC Championship. Little Three rival Williams took first honors, placing five runners in the top 20. The Ephs were joined in the top ten by Colby, Middlebury, and Amherst, with host Conn. College placing just below at eleventh. This isn’t a great sign for a team looking to improve on last year’s second to last placing at the NESCAC Championship.

Yet, with a more experienced core and personal bests piling up this season, this would definitely be the year to buck previous trends. The Cardinals head to Williamstown, Mass., to compete in the NESCAC Championship on Nov. 2.