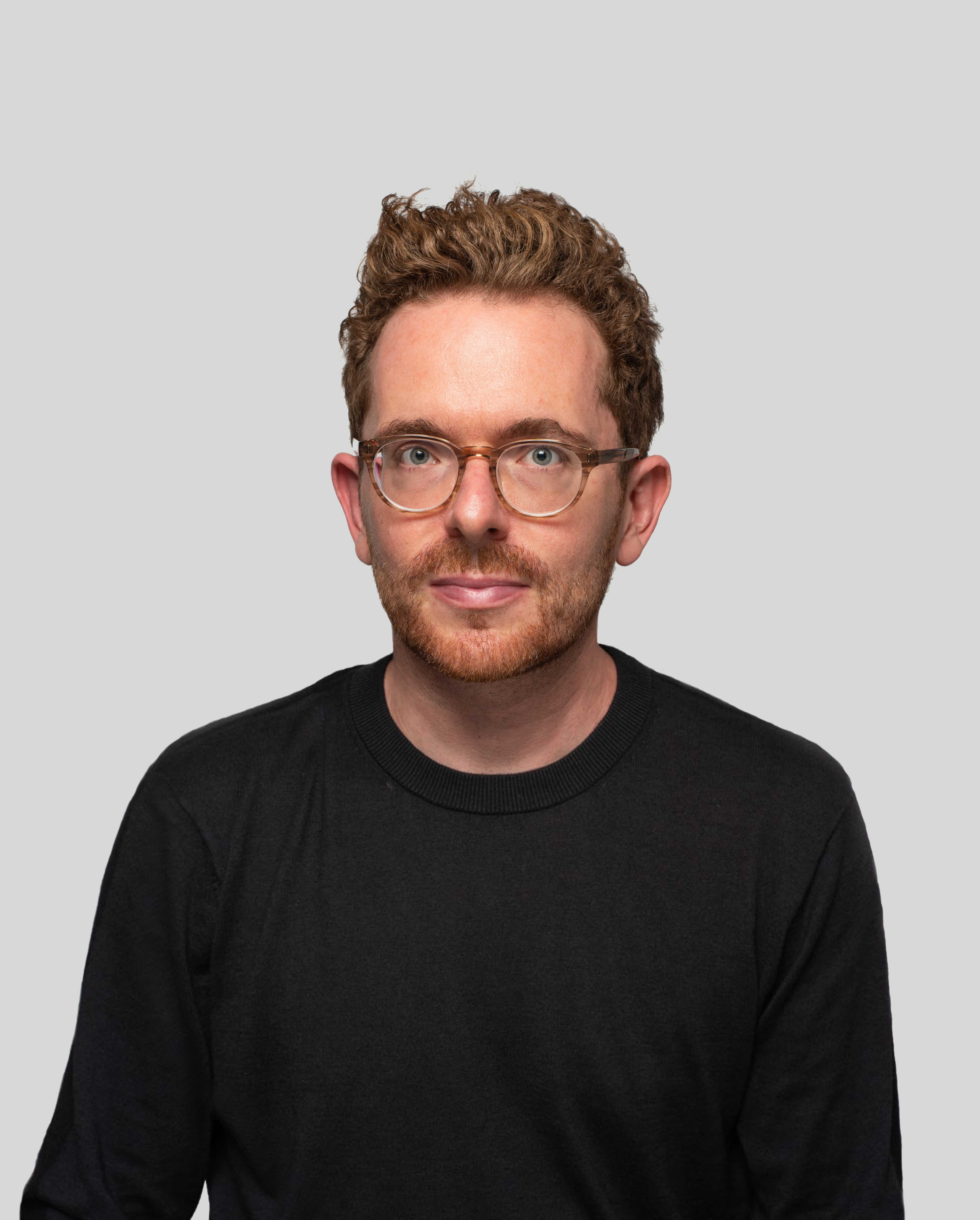 John Hulsey is an interdisciplinary artist whose work engages the crisis of place in North America. He’s received fellowships from the Skowhegan School of Painting and Sculpture, the Flaherty Film Seminar, Harvard’s Film Study Center, and the Sensory Ethnography Lab. His work has been shown at Cinéma du Réel at the Centre Georges Pompidou (where he won the Prix International de la Scam), The Carpenter Center for the Visual Arts, and the U.S. Pavilion of the Venice Architecture Biennial, among other venues, as well as in The New York Times, Creative Time Reports, e-flux conversations, and Cinéma. He is currently the Andrew W. Mellon Postgraduate Research Fellow in Interdisciplinary Arts practices at Wesleyan. The Argus sat down with Hulsey to talk about his artistic practice, his experiences with activism, and the classes he is teaching at Wesleyan.

The Argus: How did you first get involved in making video art? What artists do you look up to?

John Hulsey: I grew up in Los Angeles in the shadow of Hollywood, so for most of my formative years, my only references in film were what was coming out in the multiplex. I started out making visual art, and it wasn’t until college that I awoke to the incredible possibilities that exist in the medium. After I graduated from college, I got a fellowship to study for a year in Paris—and Paris is kind of a mecca for all sorts of alternative and independent film. I would go to the cinema every day, three or four times, to see whatever was up: a Kiarostami film in the morning, a Western in the afternoon, a Palestinian documentary in the evening…. Just getting exposed to a huge range of things was what got me started. Right now, two people I’m thinking about a lot are Chantal Akerman and Harun Farocki.

A: Moving into your work, I was looking at your piece, “The Land Under Iron,” which uses a really unique sign medium, and I’m wondering how you came to that medium and how do you think about how it might differently affect a spectator on-site versus in a museum?

The way I work is that I start by thinking about a problem and the form comes in as a response to that problem…. In this instance, I was thinking about development, especially in Los Angeles, where I was living at the time, since the city is going through the biggest development boom since the 1980s…. As you drive around LA you notice these highway LED signs as indicators of work that’s going to happen—a mixed-used complex over here, a new highway lane over there—and all of this is happening in the context of a massive affordability crisis that’s breaking apart communities and restructuring neighborhoods…so I started to think, what would happen if I replaced some of the language inside of these signs with something completely different, something that would be less about these fantasies of the future and would speak more about the palimpsest of history? Rather than telling people where to go in space, I wanted to use the medium to direct people down a kind of wormhole of history, to encounter the way history is etched onto the land.

A: It’s definitely interesting the way in which you have to stand there for a while to get all of the text.

JH: Yeah. The one in Downtown L.A. is shorter, because it’s harder for people to stop. The one in San Pedro is like six minutes. And thinking about the way that work is installed in a gallery space is important to me, too—how to use the same idea and activate it in an analogous way. I started to use these monitor stands to interrupt the flow of space in a similar way to the mobile highway signs…. I hope there’s a little bit of humor in the way they’re installed.

A: Tell me a little about your project “This Side of History,” which uses projections, right?

JH: It’s a single-channel film, but it incorporates projected images. In a lot of my work I’ve been thinking about the projected image as this kind of fragile, ephemeral trace that can appear in an architectural location as a way to do something to it—to change it, to highlight something that has been unsaid, to evoke the way in which the building is having a nightmare about itself. In this case I was making a film about…a neighborhood in LA, Boyle Heights, and [projection] became a strategy that I was using to think about the layers of history within a place.

The film is, in a way, an essay about my mother…her family were Russian Jewish immigrants from Eastern Europe who fled the pogroms and ended up in LA by way of Brooklyn and Madison, Wisconsin,…and who, in the aftermath of the postwar economic boom and the Great Society participated in this broader tendency toward American assimilation.

I ended up back in LA in 2015 to take care of my parents and to go to graduate school at UCLA, and I started to dig bit. I became interested in Boyle Heights because, at the time of my grandparents, it was this Jewish enclave in LA—it was the place where Jews could go because of the history of restrictive covenants and redlining—but interestingly it was also a place of intense social activism. In the ’20s and ’30s and ’40s, it was full of anarchists, communists, Yiddishists, Socialists, and labor activists. Rose Pesotta, an anarchist Jewish labor organizer, for instance, organized Latina immigrant garment workers together with Jewish immigrant garment workers in East LA, which massively expanded the union movement in Los Angeles. After the Second World War, the neighborhood transitioned to being a predominantly Mexican-American neighborhood and has continued a powerful legacy of organizing. It’s where the Chicano Student Walkouts happened, and it has been a hub of Mexican-American culture, activism and life.

When I arrived in LA, some of the most important anti-displacement organizing happening in the city was around a series of art galleries that had just opened up in a formerly industrial area of Boyle Heights right next to housing projects…. People in the community were protesting the galleries and demanding that they leave. So I was thinking about this long durational history of the neighborhood as a place that has historically accommodated people who, like my ancestors, did not have another place to go, and which is now under threat of eradication…. I ended up making a film that was about these questions, although indirectly…how do we think about place as something that we either fight to stay in or move on from?… One of the reasons I got into it in the first place was that I had spent the previous 10 years working with anti-displacement campaigns on the East Coast.

JH: I think that if we go all the way back, in some foundational way, making art has to be about looking at and caring about the world. So I think there’s something in there, in the very beginning, that’s the grain of a politics that can get developed over the course of a life…. There is this problem of home, especially in North America, about what home means, and whether or not it is something we can have, and this problem stems from the fraught nature of the constitution of this country. I am preoccupied with this question. And the work is about trying to figure it out. I spent time doing anti-displacement work because it felt like the important thing to do at the time and because it was connected in a very material way to this question.

A: Yeah. I’m just asking because I think having done organizing work really changes how you are approaching something as an artist.

JH: My experience with different kinds of organizing has changed where I think the politics is—and is not—located in an artwork.… In making this film, for instance, I didn’t want to simply shore up people’s already existing opinions. That would have been a not-very-political way to make a film about a political situation. It was important to me that I approach it from the side, to allow for a more generative conversation. And that requires a kind of care. It’s a difficult thing to try to do, and I don’t know if the work itself achieves it, but that’s the ambition.

A: That’s interesting to me because I’ve heard that so much of good organizing is knowing how to listen, and so much of that seems essential to being a thoughtful artist as well, doing this type of work, so it seems like there are really transferable skills there.

JH: Absolutely. I think that listening and looking closely at what is happening is so foundational to making work, either in the political sphere as an organizer or in the artistic sphere as an artist. Of course I also believe that there are things that we need to move towards, and things that we can’t accept… It’s important for me, as an artist and as a person in the world, that I don’t get too comfortable with one way of working, that my way of working is responsive to the situation…and if what is required is stepping back thoughtfully to think about the preconceptions that are informing a given situation, then that requires a particular form. Or if what’s required is taking a bold stance around a question, then that demands a different form. These are both legitimate options. I don’t want to shut either one of them down.

In the spring, I’m going to teach a class on the idea of “action.” We’re going to look at the notion expansively; what does it mean to take action individually, collectively? What does it mean to refuse to take action? And that can include things like ’60s/’70s performance art or political direct action. There’s a lot that I think can fit in that category that wouldn’t normally be put together…. It’ll be a semester-long experiment.

A: I do think about that a lot, why we use the word “action” in organizing spaces.

JH: Right, and someone who hasn’t spent time in a union or a student group might not have encountered that word, as a substantive noun—as in “an action.” That means that there’s a kind of genre to an action—it has a logic, and there’s a poetics to that logic. I think we can expand the idea and think about political actions artistically and artistic actions politically. Part of the class is going to be opening the possibility of working collaboratively with a social or political group to see what might happen in that process of dialogue and co-learning.