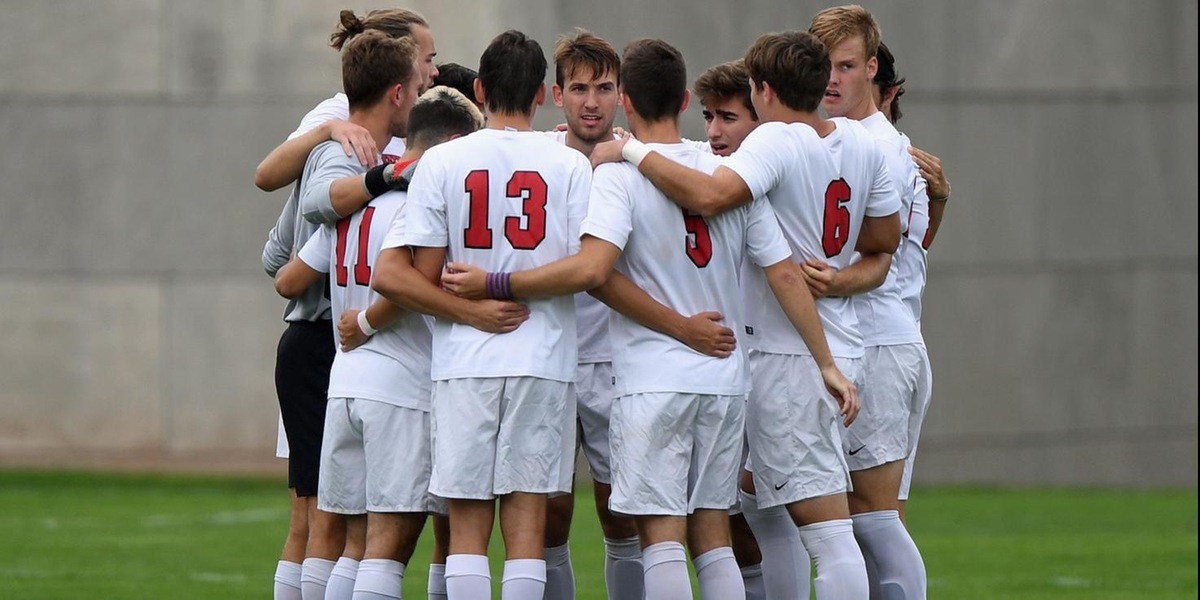 Men’s soccer had an up-and-down week that saw them go 1–1–1. The Cards finished up the final Sunday of September with a drubbing of Clark University in front of the home crowd.

The Red and Black jumped out early with a goal only 10 minutes into the game from Nick Wallick ’22. Wesleyan did not look back as they continued to pile on against the Cougars. Early into the second half, rookie Matt Rubinstein ’23 banged in his second goal of the season, assisted by captain Jack Wolf ’20. Later in the 86th minute, Mike Gallo ’20 iced the game with a goal to propel the Cardinals to the 3–0 win.

On the other side of the pitch, the Cardinals defense held fast. Goalie Teddy Lowen ’22 delivered a masterful performance, securing all 10 shots he faced for a clean sheet.

“It was great to see that many goals, and I think it helped our confidence going into the Tufts game,”  Gaelin Kingston ’22 said.

The Tufts game had been marked on the calendar for Wes since opening day. The Jumbos were a perfect 6–0 on their trip down to Middletown, but they would not return with their record unblemished. Despite having a game on Sunday, the Cards put in a strong few days of practice leading up to their midweek clash.

“Our intensity at practice translates well to the games,” Wolf said. “We battle everyday. When we aren’t focused or performing, our coaches and leaders on the team hold everyone accountable to keep the standard high.”

After laying siege to the Cards goal with eight shots, the Jumbos took the lead just before half time. Down 1–0 to the top team in the NESCAC, a lesser team may have folded, but not the Red and Black.

“We grouped up at half-time, and knew we were going to come back,” Wolf said.

Fifteen minutes into the half, the comeback came to fruition with a spectacular goal from Wallick.

“We had a corner kick, and I had this feeling the ball was going to come out to me at the top of the box, and sure enough it did, and thankfully I struck it well,” Wallick said.

Wallick’s teammates pointed to the goal as the highlight of the week.

“The best moment of the week came was our response to conceding a goal against Tufts: when we (Wallick) scored the tying goal,” Wolf said in an email to The Argus.

The game continued to be a back-and-forth affair. The Jumbos ripped 18 shots in regulation, though due to the strong shot blocking of Wesleyan, Trevor Devanny ’20 only needed to make five saves. The game was knotted up heading into overtime. Luckily, the Cards were well prepared to manage a long affair, as they had already played in four overtime matches.

“The long matches are good practice, because double overtime games require just as much mental focus as it does physical,” Wallick said. “You have to be switched on all the time, which gets to be really tiring.”

Neither goalie needed to make a save in the extra half, and the Jumbos left Jackson Field with a tie on their otherwise perfect record. For the Cardinals, this game was a massive gut check to see where they stand against the top competition in the conference.

Despite the obvious gravity of the match, Wolf was cool about the result after the game.

“The game was big like any other NESCAC game,” Wolf said. “We compete in the best conference in the country, and the best team on the day wins. Although it was not the result we may have wanted, we took steps forward and improved.”

The last two weeks, the Cards have been as locked in as they’ve looked over the past couple of seasons, but every hot streak is bound to end eventually.

On Saturday, the Cards went up to Amherst to battle the Mammoths. Unfortunately, the Red and Black could not usher in a second ice age, as the Mammoths won 2–0. Despite falling down 2–0 by the 55th minute, Wesleyan did not let a blowout ensue and stopped Amherst at a respectable scoreline.

“There’s no real way around it,” Kingston said. “It sucks. We’re going to learn what we can from the loss and continue to get a little bit better every day.”

This is the kind of attitude good teams have. Despite the anger at losing to a Little Three rival, the Cards will still look to draw something from the game.

“The team’s confidence is high but level headed at the same time,” Wallick said. “We have long ways to go, and this is only a step in the right direction to our goal of making the NESCAC playoffs and making a run from there.”

The captain echoed the sentiments of his players.

“This team is the tightest team, top to bottom, that I have been a part of in my time at Wes,” Wolf said. “Everyone is in on the jokes, and we do almost everything together. We are honest, positive, and real with each other. We are brothers.”

Wesleyan’s next conference game is Saturday against Bates. The Bobcats should be fearful of this hungry squad, ready to take down their competition.