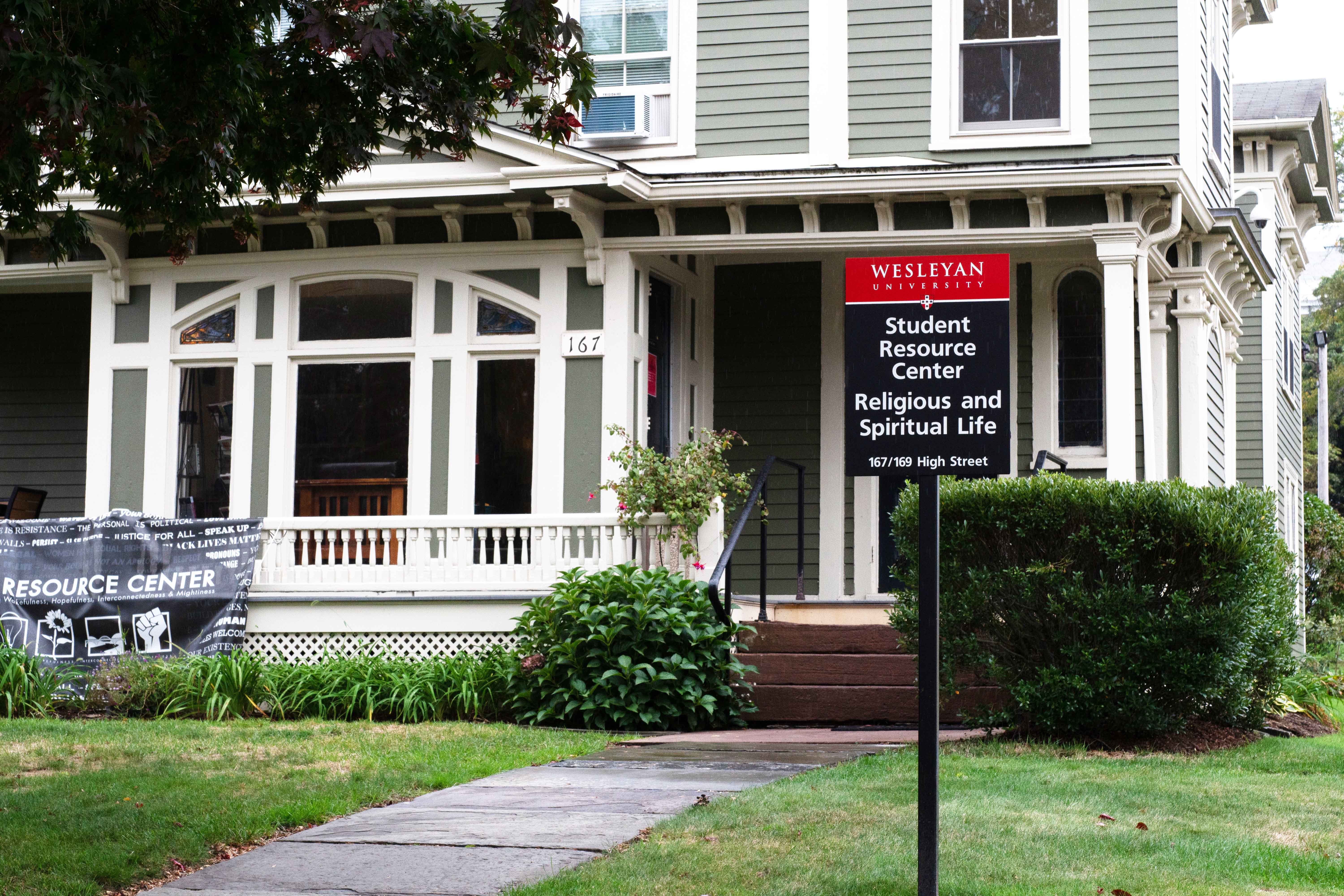 An exhibit and discussion focusing on Class and Sustainability was held by Resource Center (RC) interns at Earth House on Sept. 27. Attendees talked about environmental racism, and how climate change disproportionately affects people of color (POC) and low income communities. Many attendees also drew on experience, talking extensively about how members of these communities can feel isolated by environmental movements, which tend to be white, wealthy, and exclusionary.

The event was organized by RC Sustainability and Spirituality interns Syed Hussain ’21, Faizan Razak ’20, and Vanshika Virmani ’21, as well as Socioeconomic Status and Disability Interns Jazz Jason ’20, Alice Musabe ’22, and Griselda Solis ’21. One goal of the event, Hussain said, was to talk about how sustainability movements at the University can strive towards more intersectional approaches.

“Wesleyan as an institution is a predominantly white, predominantly upper class or at least an upper-middle-class place, and I think that’s why a lot of people involved in sustainability just don’t think about [class],” Hussain said. “They’re typically all good intentioned because advocating for composting or more recycling is a good thing to do, and there’s no two ways about that. But at the same time, I think you can reach more into like different communities that haven’t interacted with sustainability.”

At the event, the organizers set up a gallery walk portraying different facets of environmental classism and how climate change disproportionately affects POC. Some displays included the impacts of hurricanes on low-income, POC communities and access to clean water. Attendees took time to look at the gallery walk, and then discussed the displays in small groups. After, the RC interns facilitated a group conversation, where people were able to share their thoughts and reflections on the exhibit, as well as their experiences of environmentalism at Wesleyan.

The event coordinators invited leaders and members from various sustainability groups on campus, but also hoped that the discussion would attract people who have not previously been involved in sustainability movements, or felt isolated by such movements. They wanted to start a conversation about why these movements can be isolating, and how students can try to make them more accessible. When Shirmai Chung ’22 first joined the Climate Action Group (CAG) at the beginning of last year, it was daunting.

“When I first went to the group, I realized I was the only international student, the only POC there,” Chung said. “So I was kind of shy, like I didn’t want to speak up. It was just a very unfamiliar environment for me. But people there were very encouraging and super open, so I ended up initiating an event called the IPCC special report discussion panel…. So they’re very open to ideas and I think that really encouraged me to step up and contribute more to the group.”

But when Chung brought her friend to a CAG meeting at the beginning of this year, she realized how the make-up of the club could deter people from participating.

“She asked me, ‘Oh, has the Climate Action Group always been that white?’ and I said ‘Yeah, actually,’” Chung said. “She felt very discouraged, and she didn’t want to come to the meetings again.”

“I come from a place where—even though I don’t believe it—most sustainability efforts are seen as political and negative,” Jason said. “So it’s not just an unfamiliarity with a lot of these terms that can happen when you are coming from a non upper-middle-class perspective, it’s that you’re often like, ‘Whoa, suddenly I’m allowed to participate in these things without shame.’”

Participants then steered the discussion toward grounding conversations about sustainability in concrete actions students can take at the University or on individual levels. Jason noted how focusing on what individuals can do can make climate change feel less overwhelming.

“Climate change is just so huge and often abstract and comes with a lot of connotations, like substantial connotations about human nature, about our rights as individuals, and like our impact as a species and what we need to do and what isn’t happening because of efforts like global capitalism, etcetera” Jason said. “But when you ground it in conversations about how it impacts people that you know yourself, it becomes a lot easier to find that energy to work and be inspired by what you see, but also make the threat real in a way that’s not overpowering but something that you feel like you can personally tackle with your own energy and effort.”

Building that momentum, however, requires that people begin to see social justice issues inherent in climate change, Chung said. As a CAG organizer, Chung has been excited to see the club making an active effort to connect with other social justice groups, as leaders have begun to organize a sustainability coalition in the form of a Wesleyan Climate Congress.

“I think for a long time, people have traditionally seen sustainability as a separate problem, away from social justice problems,” Chung said. “That’s part of why we’ve had difficulty connecting and collaborating with other groups on campus. So the Climate Congress is the first step that we’re trying to take to connect to other groups on campus.”

Hussain said that uniting the different sustainability movements on campus and making them more intersectional is one of the main goals the RC Sustainability and Spirituality interns have.

“We want to have people see things like environmentalism and sustainability, like sustainable food practices, be in conjunction with reckoning with mass incarceration and dealing with economic inequities and these sorts of things because they do all go together,” Hussain said.