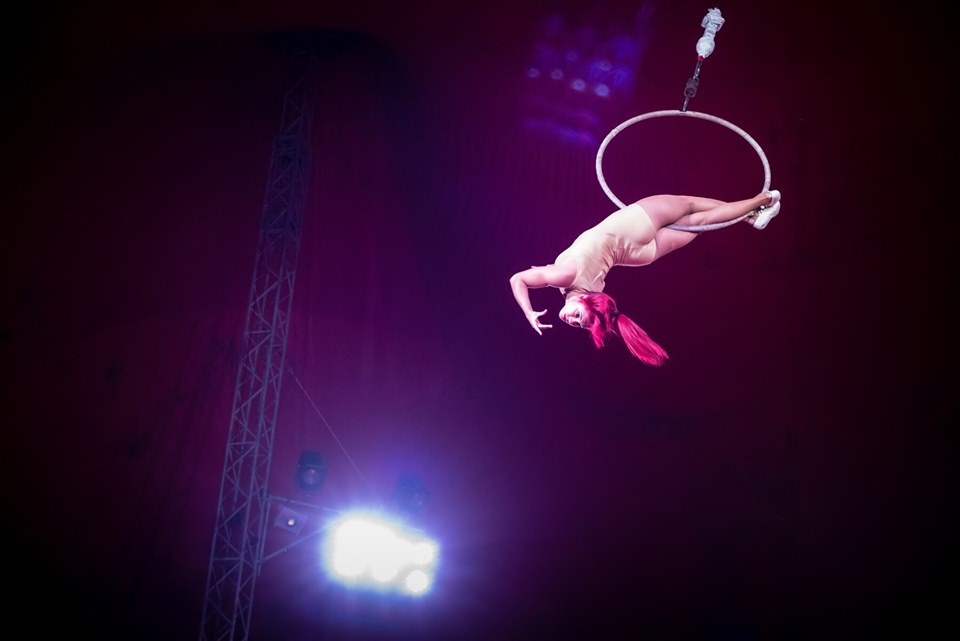 When most people think of the circus, they picture elephants, clowns, and acrobats. On campus this year, though, a group of creative students are beginning to reimagine circus as a different kind of performance art.

Their more modern take on circus, titled “The Dream Circus Project,” will run in the ’92 Theater from Nov. 14 to 16. Directed by Michayla Robertson-Pine ’22 and Elizabeth Woolford ’21, in collaboration with Second Stage, the performance will feature many different talents ranging from your typical acrobats to visual artists, musicians, writers, and playwrights.

“We’re really trying to get this to be a learning and sharing process,” Robertson-Pine said. “So being able to come in and, if we’re trying to write something, playwrights can teach us, and if we’re trying to do a movement thing, the dancers can sort of lead it.”

But what makes the performance a circus? The answer lies in the theme and subject matter of the production, rather than the form. The Facebook page for “The Dream Circus Project” provides a brief explanation of the initiative.

“The Dream Circus Project is an immersive theater experiment investigating ‘Circus,’ and all that it represents,” reads the page.

The aspect of circus that the show explores is the spectacle and the seemingly infinite possibilities of interactive performance. It aims to investigate the magic and wonder that many associate with being under the Big Top.

The performance is “devised,” meaning that there is no script or definite choreography. Instead, the performers will improvise interactions with the audience. The entire show is crafted during the rehearsals, three times a week, with the cast developing the show and their skills through activities that explore the three main themes: spectacles and intimacy, commodification of bodies in performance, and power dynamics.

Sarah Norden ’22, the project’s choreographer, has a robust background in circus and performance. She will play an integral role in facilitating the performers’ expression of these ideas.

“What I’m not gonna be doing is what most choreographers typically do,” Norden said. “My role is helping give people prompts and games and ways to generate movement with their own bodies, getting beyond the conscious editor brain that’s telling them what to do to look good, and helping them find things that are interesting and unique to their bodies.”

The performance is also immersive, meaning the audience is heavily involved throughout the course of the show. There is no stage, just rooms and hallways.

“The audience will be moving through the space,” Norden said. “Like a haunted house, but not scary.”

The interactive nature of the show is very important to directors Robertson-Pine and Woolford, who met last year in an immersive theater class during Winter Session. Woolford said she first became interested in immersive theater when she experienced it firsthand.

“[I] had seen an immersive theater show in New York and thought that it was, like, the most powerful theatrical experience I’ve ever had,” Woolford said.

Unlike her co-director, Robertson-Pine said that she had performed in immersive theater before coming to the University.

“It’s my favorite kind of theater to make,” Robertson-Pine said. “I knew I wanted to keep doing that here…. I wanted to get theater a little weirder here and just, like, do some weird stuff and have a really good time doing it.”

“The Dream Circus Project” was born through Robertson-Pine and Woolford’s desire to go beyond the typical theater performance. They want the performance to be intimate and for the line between the audience and the performers to be blurred. They said that the space in which the performance takes place will also play a role in the production.

“We’re doing it in the ’92, which is like a performance space,” Robertson-Pine said. “And many people in the theater community and at Wesleyan in general know the ’92, so we hope to be able to play with that and use that as a character, and have audience members coming in who already know what the space should be or have associations with it.”

But, “The Dream Circus Project” isn’t just about the show itself and its impact on the audience. Its aim is also to build a community within the cast and provide a learning experience for everybody involved.

“Our goal is that by the end of the process, everybody—including our designers, including us, all of our actors—will feel as though they had learned something,” Woolford said. “Our product is a whole other thing…. We’re going to put up a show, and it will be cool, but I don’t really care what it is as long as everybody feels like they can learn something in the process.”

Norden also spoke to the communal aspect of circus as the ultimate reason she is passionate about this project.

“To me, circus is, by definition, athletic art,” Norden said. “But it’s also a home, a family, a safe space, a place of expression and adventure and belonging.”