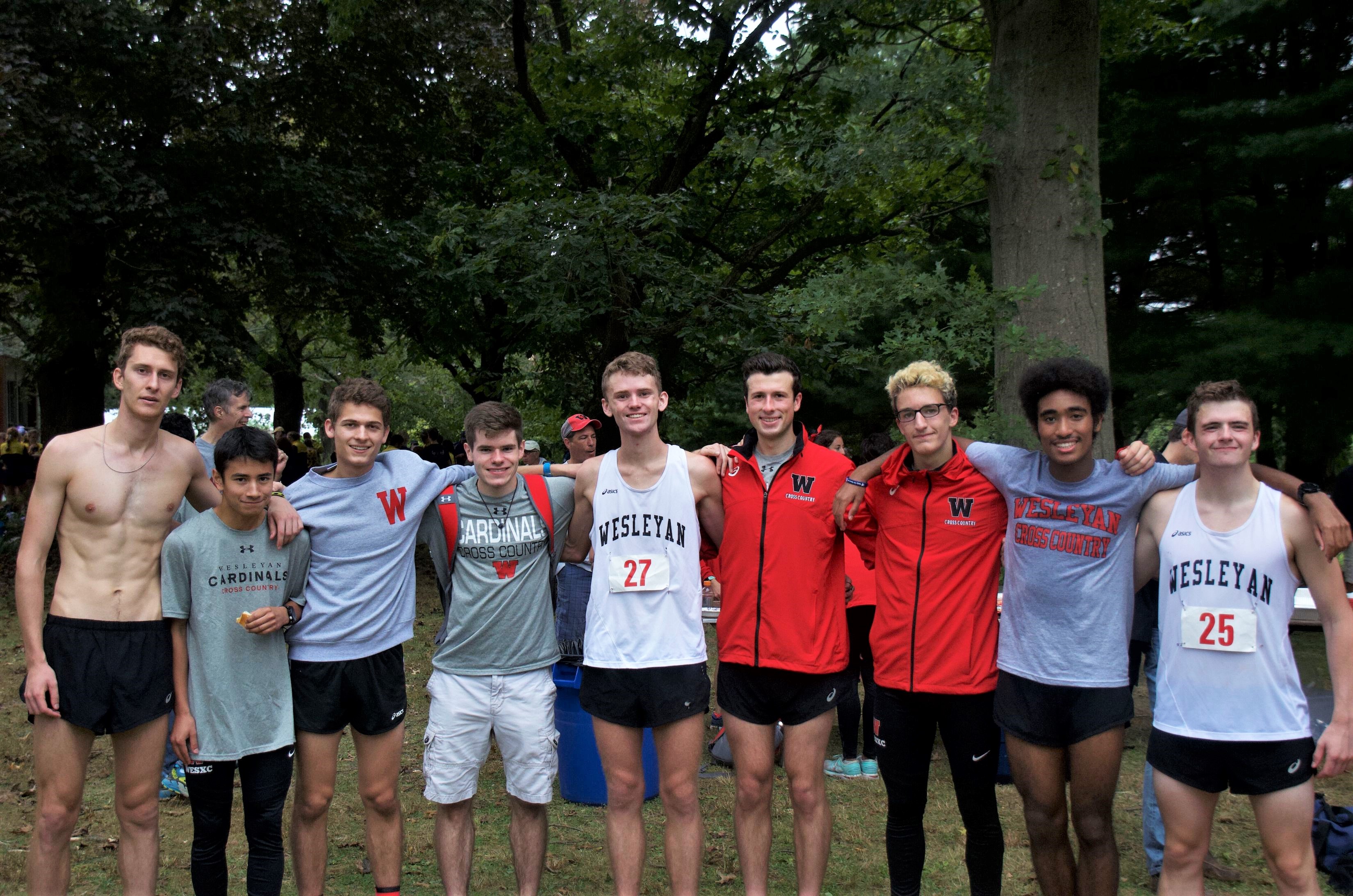 And they’re off to the races…men’s cross country, that is.

These Cardinal runners began their season on Saturday, hosting the Little Three Championship at the Wes Furhman ’05 Trails at Long Lane Farm. As Wesleyan only hosts the Little Three once every three years, this race marked a special occasion. The pastoral vibe of Long Lane Farm was a calming setting compared to more intense sports environments, like Corwin Stadium at Wes’s home football game that same day. Despite the dank weather and occasional drizzle, the meet was a happy occasion: there were plenty of dogs playing in the grass, parents coming to support their kids, and students cheering on the Cardinals as they went up against the Mammoths and the Ephs.

The runners started along the narrow and winding path, running away from the spectator area and into the woods, and eventually pulling through the home stretch in the middle of the field to finish off the race.

With a home field advantage and the growth of their young core from last year, men’s cross country looked to improve on a last-place finish at last year’s Little Three Championship. However, the Red Birds again fell to third place, finishing with 73 points compared to Williams’ 15 and Amherst’s 56. This was Williams’ first victory since 2016, after two consecutive years of Amherst victories. Williams had consistently held the Little Three Title since 1988. 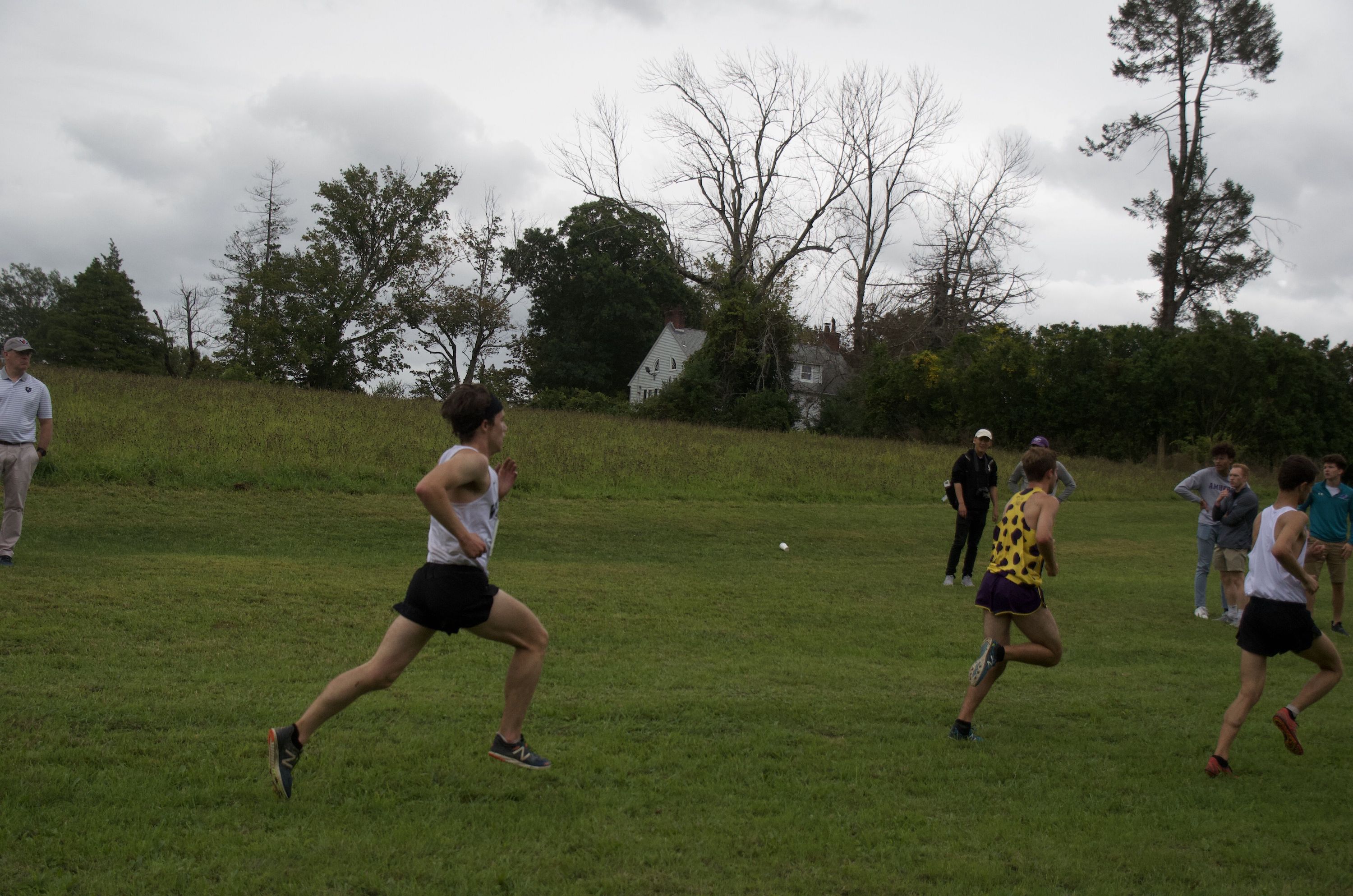 The losing situation was a familiar one for the Red Birds, who haven’t taken the Little Three Title since 1984. Even though they fell to the last spot once again, team member Grant van Inwegen ’20 believed the final score does not fully reflect the team’s ability.

“Williams secured the first eight places, so the team battle was essentially between us and Amherst for second,” van Inwegen said. “We lost to them by a few points without our top runner Kevin [McMorrow ’20], so I think we’re in a decent spot.”

Senior van Inwegen achieved a personal best of 19:28.70 in the six-kilometer race, good for a ninth place finish out of 60 runners. Despite his individual victory, van Inwegen also highlighted his fellow teammates’ contributions to the Little Three faceoff this year.

“We had some breakout races from younger guys, Eli [Gappelberg ’23] and Miles [Aronow ’22], which was great to see and helped us out a lot,” he said. 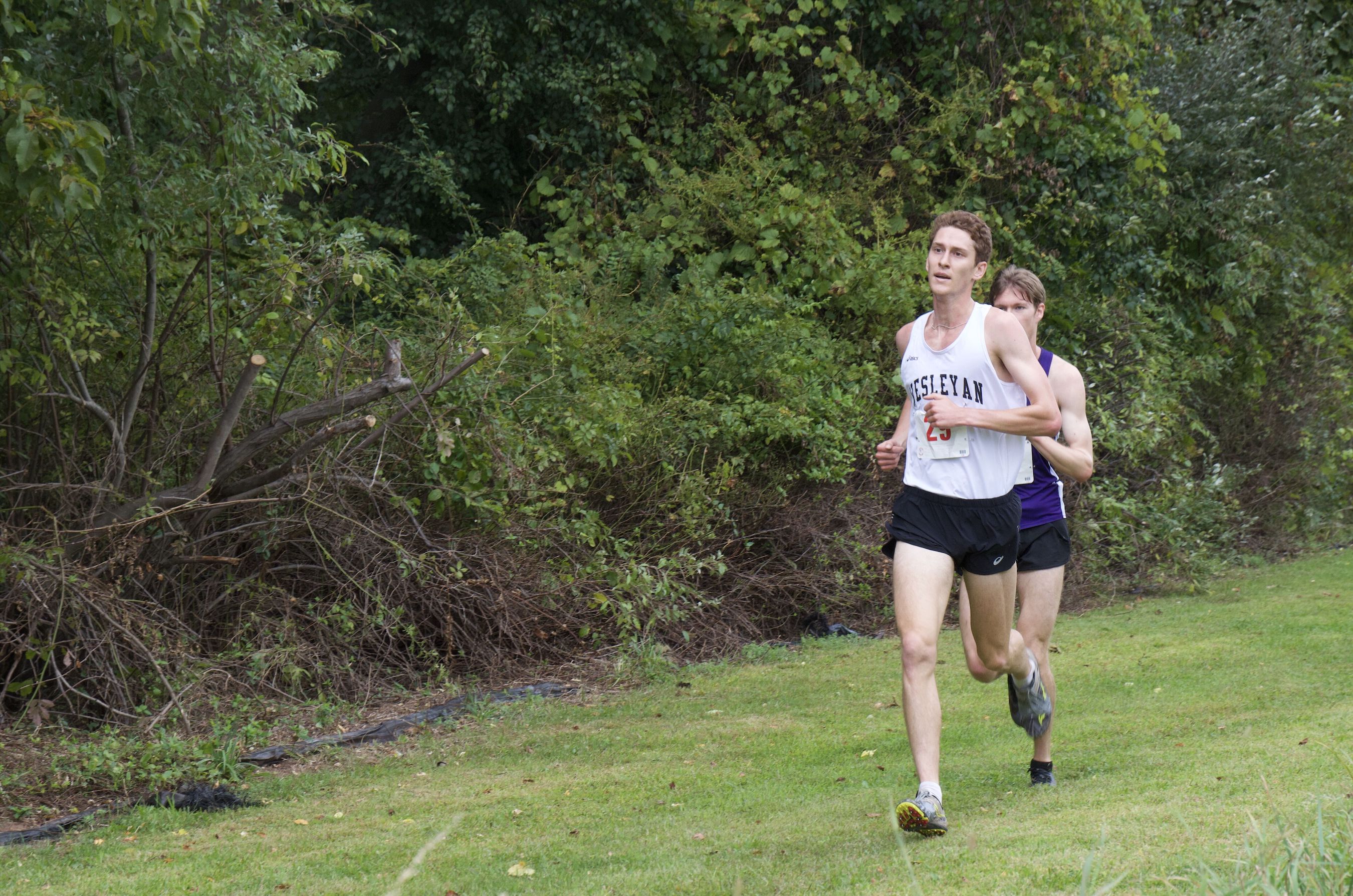 Gappelberg finished the meet in 14th place with a time of 19:41.27, making him the fastest first-year on the field. Aronow was close behind him, with a time of 19:56.74, good for 18th place. This was an almost two-minute improvement for the sophomore, as he finished with a time of 21:50.1 at last year’s Little Three Championship.

On the whole, the team’s first meet was highlighted by impressive individual performances, despite their last place finish overall. As the season continues, this 2019 squad looks to build upon last year’s development and turn this year’s team into one focused on results. This goal-oriented drive is already apparent, as the team shaved over four and a half minutes off of their total time from last year’s Little Three Championship. The Red and Black took their total running time of 1:43:44 to an improved 1:39:15.34.

Looking ahead, men’s cross country has their next meet, the Paul Short Run, at Lehigh University on Oct. 5. The Cards aim to eclipse a 32nd place showing from last year and rank higher within the 44 teams from last year’s race. With last year behind them and progress already showing at the Little Three Championship, the team is taking a step in the right direction.