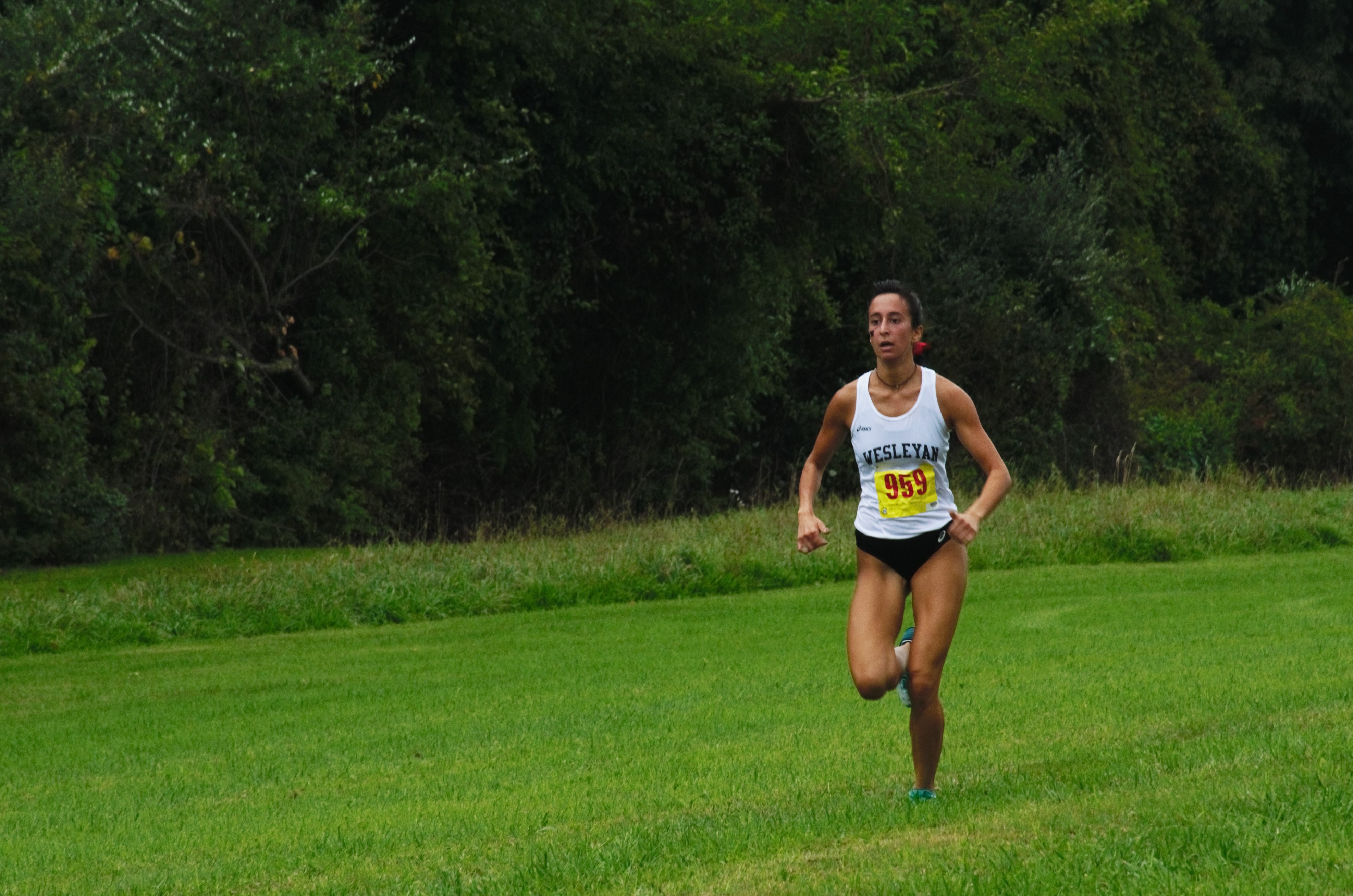 The women’s cross country team is officially back in action. Wesleyan hosted its season opener, the Little Three Championship against Williams and Amherst at the Wes Fuhrman ’05 Trails at Long Lane Farm on Saturday, Sept. 14. The gun went off at 12 p.m., and the Cardinals determinedly made their way through the humidity. Lots of energetic fans crowded around, running along the course in order to cheer on the racers throughout various stages of the course.

“Overall, [Saturday] was super exciting,” said Nora Markey ’22, who wasn’t able to race on Saturday due to a knee injury. “We had high energy levels and lots of team spirit, so it was an awesome and supportive atmosphere…. It was really exciting to cheer on my teammates as they raced.”

Ultimately, the Red and Black placed second, with Williams winning the title and Amherst coming in third. The result matches that of last year, and while it is a slightly disappointing one for Wesleyan, it follows a persistent pattern: the Ephs have dominated the championship since 2008, and came in on Saturday with no plans to relinquish it. On average, Williams was 12 seconds faster than Wesleyan, and Amherst was seven seconds behind the Cards.

“It was a solid first effort for the team,” said head coach John Crooke.

It was a particularly exciting day for Becky Lopez-Anido ’21. She was the true star of the race, winning the four-kilometer race with a time of 14:53.28, outpacing the next runner by 15 seconds, and improving on her own time at this race last year by nearly a full minute. With an average mile time of 5:59.4, she dashed through the course with tireless energy, refusing to let anyone overcome her stride and taking ownership of the race confidently. 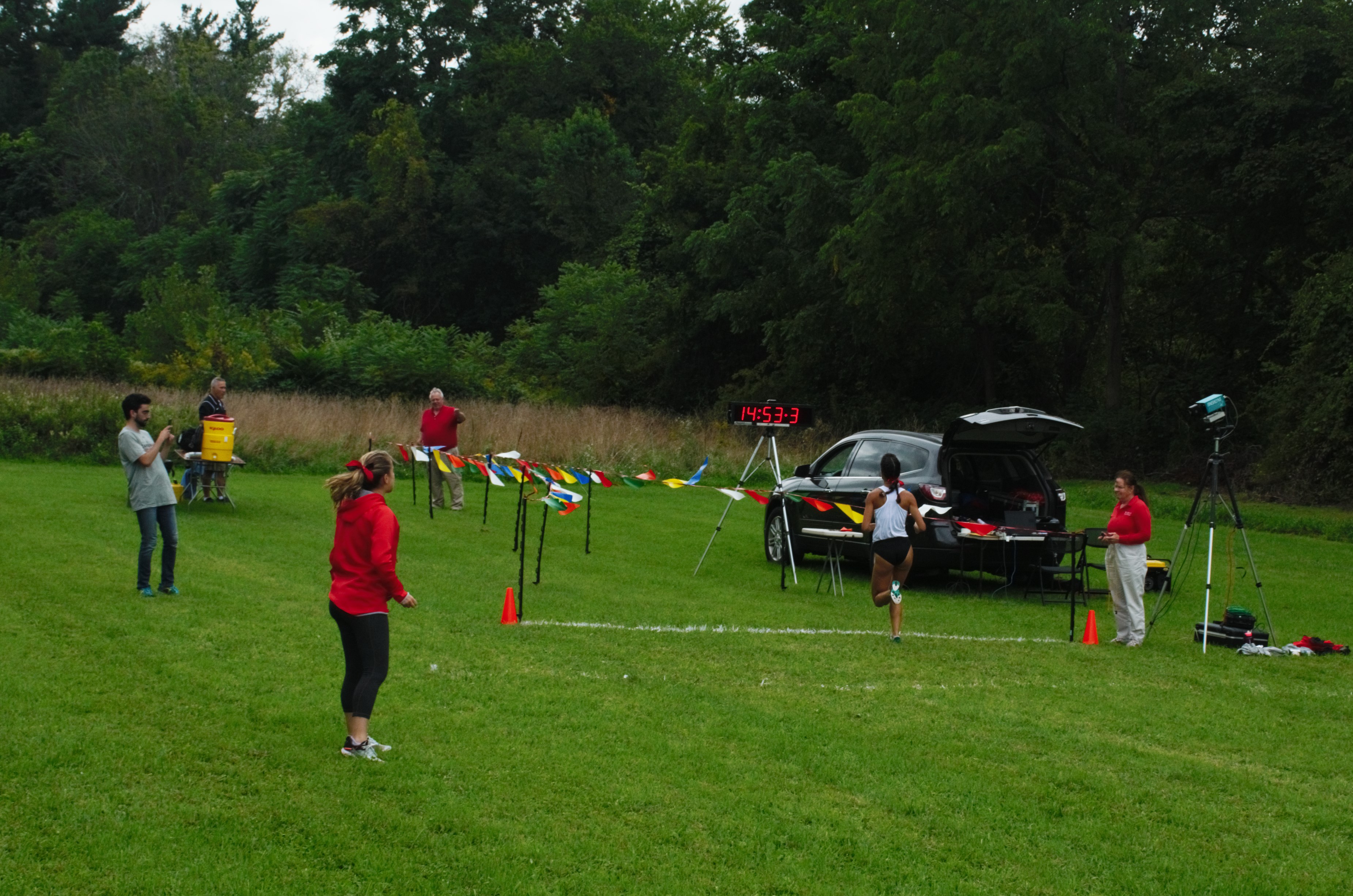 And Lopez-Anido responded to the day’s greatest challenge spectacularly: Near the end of the course, there is a massive and steep hill that reduced many runners to walking. Lopez-Anido did not shy away from the challenge, and instead embraced it. As soon as she approached the hill, she fearlessly sprinted up it, leaving many of her competitors in the dust and securing herself the victory.

“It was very exciting to see Becky win the meet,” Markey said. “She is coming into the season very strong.”

The Cardinals had three runners in the top 10: Lopez-Anido, Emma Trapani ’21, and Sara Pinsonault ’20. Trapani and Pinsonault came in seventh and ninth, respectively, with times of 15:25.68 and 15.29.53. All three runners have had impressive seasons in the past, and are looking to continue their success and momentum in the future.

“[This race] was a chance to see where everyone is starting from, and everyone was really solid,” Markey said. “We’re only going to improve from here on out, and I think [during the] next race we’ll be even stronger.”

Looking into the future, it’ll be crucial for the Red and Black to keep working hard and progressing, and that the first-years put in a great deal of work in order to exercise their remarkable potential.

“[The most important factors for the team going forward will be] how quickly the freshmen develop this fall,” Crooke said. 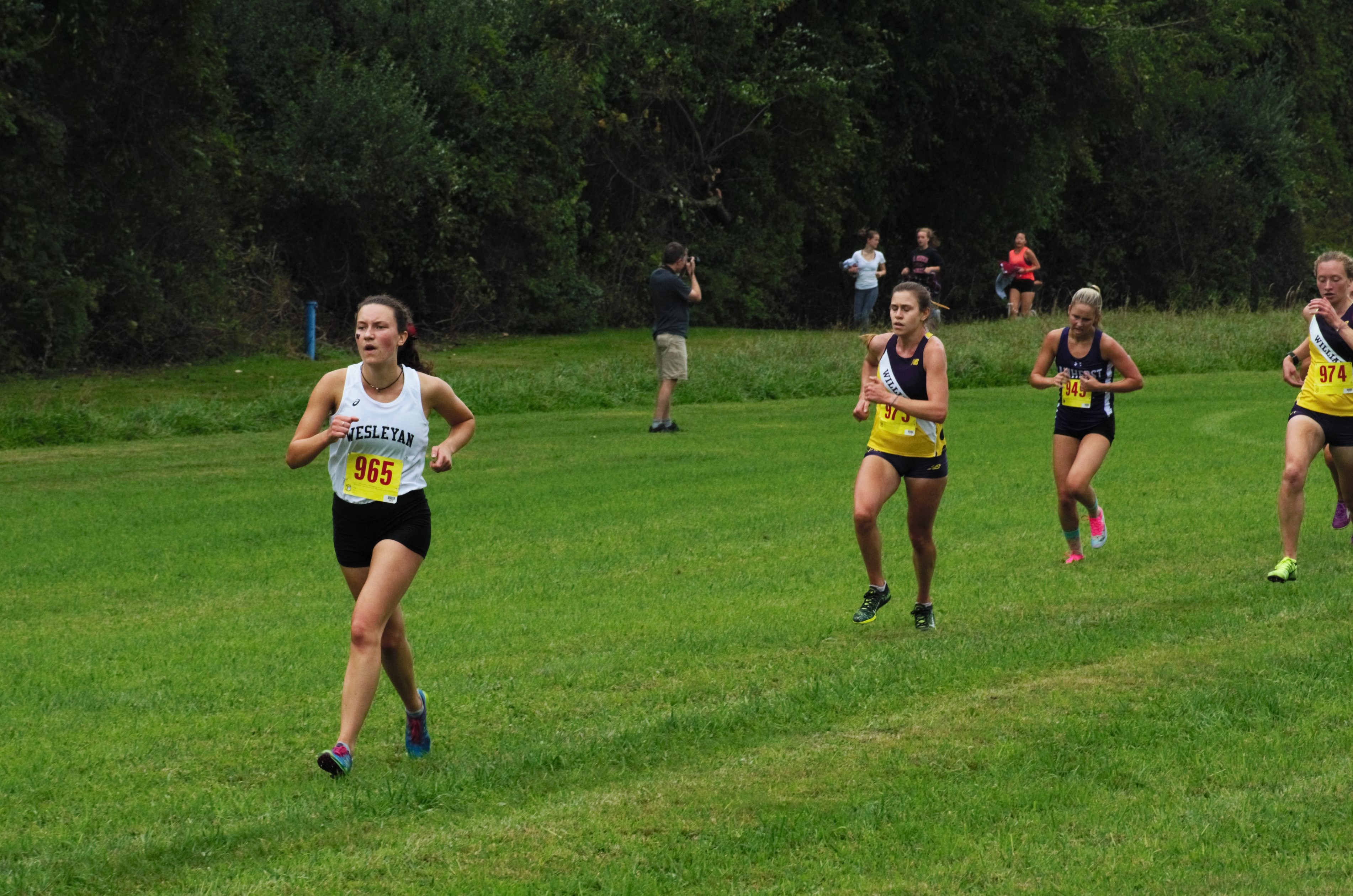 Crooke is most looking forward to the NESCAC and New England Regional Championships, competitions that should prove to be exciting opportunities for the team to showcase its hard work and skill.

The next competition is not until Oct. 5, when Wesleyan will travel to Lehigh University for the Paul Short Run. Last year, the Cardinals exhibited an impressive performance at the race, placing eighth out of 43 in the six-kilometer course, with particularly outstanding performances from Lopez-Anido and Pinsonault.

The three weeks between now and then will give the team a chance to continue to refine and build its skillset. The women will be prepping to improve upon their performance at the Little Three and building upon their team culture.

“To prepare for coming races, we’ll be doing more endurance-focused speed workouts to increase our strengths during the last miles of the 6Ks we’ll be racing, as well as continuing to keep our mileage, and our core and strength routines,” Markey said. “We are all working hard to compete up to the fullest potential.”