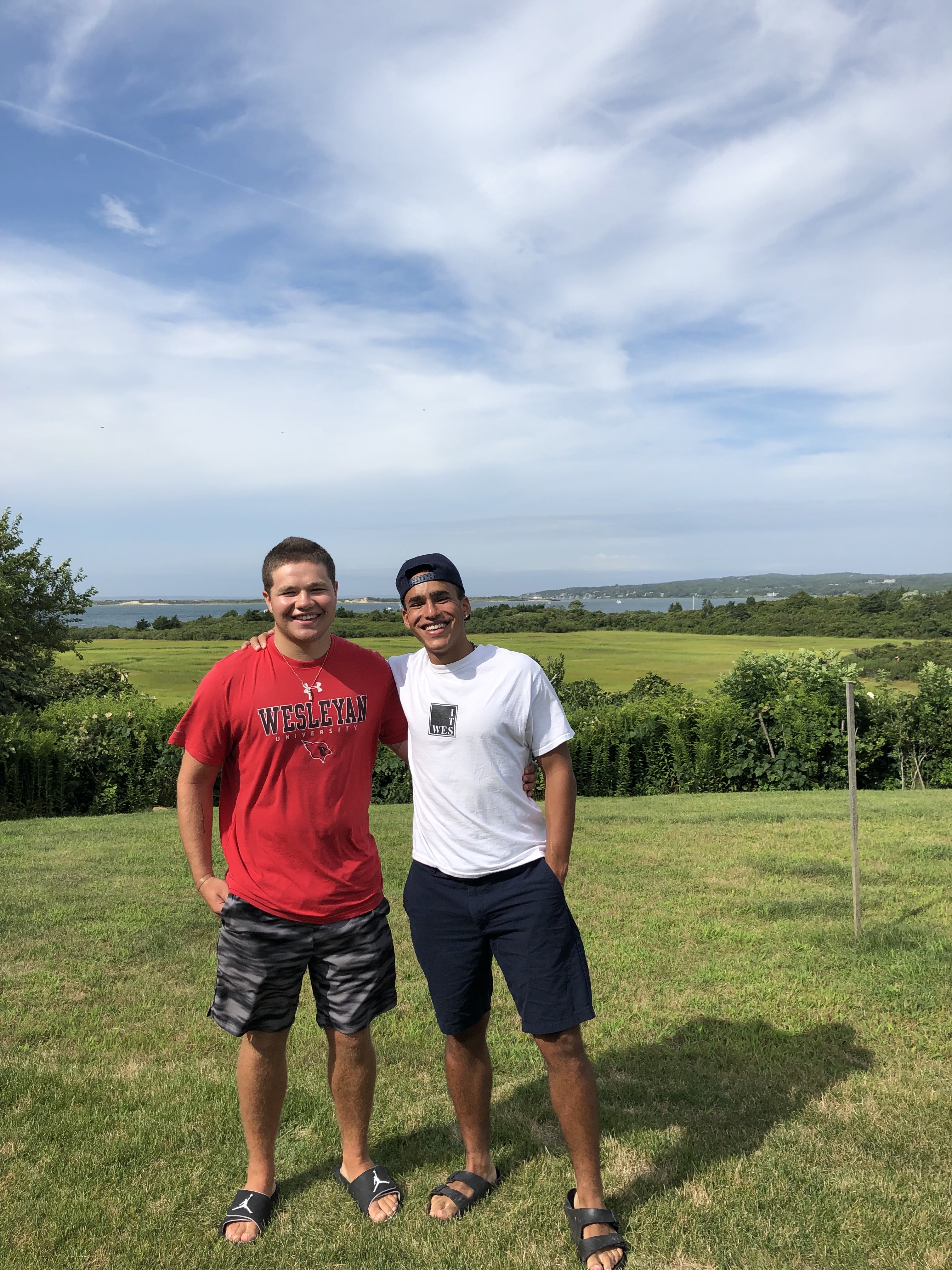 Just before pre-registration opened last spring, Tyler Lederer-Plaskett ’21 and Rafael Goldstein ’21 went public with OurCampus, their newly developed professor review app. The friends and co-founders timed its release to coincide with the frenzy of class selection, a decision that would prove fruitful as students, plagued by a crippling lack of information about courses and professors, took to the app in droves. The app currently has 1159 users and 1155 reviews.

Riding on the momentum of their recent success, the OurCampus duo has several big plans for the upcoming year. On Friday, Sept. 13, the app will be updated to include an events feature, enabling students to create and share all kinds of campus events, both private and public, academic and social.

“We always wanted the app to be about more than just professor reviews,” Goldstien explained. “So when we thought about how we should keep up the momentum, we were looking to create something that would facilitate campus life in a broader way.”

They described their ultimate vision of a platform comparable to the WesAdmits Facebook groups that students use to share events, ask questions, and connect with their peers.

“Teenagers aren’t really using Facebook anymore,” Lederer-Plaskett explained, citing research that predicts Facebook will lose 2.1 million American users under the age of 25 this year. “It’s becoming a less effective way to reach everyone at the school, and that’s not going to get any better. Especially for freshmen.”

With complaints about the dwindling music scene and Psafe’s strict occupancy policies flying around campus, the University’s party landscape has been in flux. Goldstein and Lederer-Plaskett hope that OurCampus will create a way for people to spread the word about campus events.

“Early on when I was a freshman, it was really hard to figure out what events were going on,” Lederer-Plaskett said. “There are so many freshmen who want to be going to concerts and parties, but since they maybe aren’t connected with certain people right off the bat, they don’t even know where to look.”

But the feature, both founders emphasized, was created to support many different facets of campus life, not just the party scene. It should serve as a forum for students to create and promote all kinds of events, from club meetings to concerts, from sports games to pregames.

This summer, the OurCampus team—now expanded to include another coder, David Baraka ’21—has been focused on two main goals: setting up the events feature, and creating a waitlist notification system. While the events feature is set to be released in two weeks, the notification system is still a work in progress. They hope that it will be ready before next semester’s adjustment period. The idea is that students could sign up to receive a push notification if a seat opens up in a class that they are hoping to join.

“I’ve literally spent hours loading and reloading a class page to find out if someone has dropped out,” Goldstein said. “That’s just inefficient. We’re hoping to have it ready by adjustment period.”

“That’s the plan,” Lederer-Plaskett confirmed with a smile.

Realizing these goals, however, will inevitably require funding. Increasing popularity leads to increasing overhead fees, so the duo has decided that they will have to run ads to keep the app going. But instead of running Google ads, they plan to reach out to local Middletown and University-run businesses to run ads and help fund the app.

The project is a lot to juggle during the school year, but luckily the two founders have enough passion to keep it going.

“It’s really fun!” Lederer-Plaskett said. “And it feels rewarding because I think this is something our campus needs. So it’s fulfilling to do the work, but also fun because I get to work with Raf on something I actually care about.”

In the weeks following its release, the app was downloaded by nearly a thousand students, and averaged several hundred users per day—far more than its founders had predicted—during the height of pre-registration.

“I once saw a random person using the app and got so excited,” Goldstein said. “It’s an amazing feeling to see someone using and benefiting from something that has taken literally hundreds of hours to create. And since the teacher reviewing aspect of it is based on students’ evaluations, the more people who use it, the better the app becomes because our database of reviews grows.”

However, they are sensitive to the fact that inherent biases have been shown to influence teacher evaluations. When a student approached the founders to discuss the possibility of skewed reviews, Lederer-Plaskett and Goldstein decided to create a disclosure, which pops up whenever the app is opened to remind the user of the ways in which unconscious biases can professor evaluations. A study published earlier this year showed that simply reminding students about the reality of implicit bias can reduce its its influence in feedback.

“While these reviews do not directly impact teacher tenure and hiring, they could potentially influence a professor’s class size, and therefore their career,” the OurCampus disclosure reads. “Please keep these biases in mind when filling out an evaluation.”

For two people who are delving into the realm of app development for the very first time, to whom all of this is new and none of it is certain, Goldstein and Lederer-Plaskett seem fairly relaxed.

“We’re excited about everything we have planned, and it feels good to be riding the momentum,” Goldstein said. “But we’re new to this, and we can’t really predict how it will go, so we’re just doing our best and figuring it out in real time.”