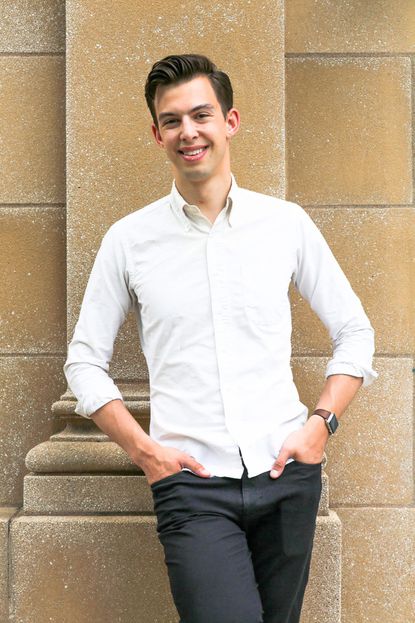 Four Democrats and one Republican are currently in the running to fill the Middletown mayoral seat vacated by Mayor Daniel Drew, who announced he would not seek reelection following a scandal that devastated his gubernatorial prospects. Ahead of the general election, Democratic hopefuls Common Council Deputy Majority Leader Mary Bartolotta, former Chris Murphy aide Ben Florsheim ’14, Public Works Director Bill Russo, and Middletown Parking Director Geen Thazhampallath will compete in a primary election on Sept. 10 to determine which candidate will face Middletown Common Council Minority Leader Sebastian Giuliano in the Nov. 3 general election.

On July 18, Bartolotta secured the Middletown Democratic Town Council’s (DTC) nomination for the mayoral seat, defeating Florsheim by one vote. The first from either party to announce her candidacy, Bartolotta drew heat from liberal voters when her husband Sebastian, a sergeant with the Middletown police, shared anti-immigrant, pro-gun, anti-LGBTQ, and misogynistic Facebook posts just 24 hours after Bartolotta announced her intention to run. Under pressure from Democratic colleagues, Bartolotta made a public statement denouncing her husband’s posts.

“My husband shouldn’t have shared those posts on Facebook,” Bartolotta told The Hartford Courant in March. “They were distasteful and offensive. I completely and unequivocally denounce the posts and any rhetoric in any form that makes light of or contributes to the struggle of different groups, including the LGBT community [and] the immigrant community.”

Despite Bartolotta’s disavowal, she faced condemnation from a number of local Democratic voters and organizations, including the Greater Middletown Young Democrats, making her nomination a divisive issue amongst DTC members, many of whom supported Florsheim.

After Bartolotta earned the nomination, both Thazhampallath and Florsheim decided to petition the party for their spot on the ballot.

“I was watching this Democratic field take shape and not seeing, not hearing, anyone talking about what I think are the important issues that we face in the long-term future of Middletown,” Florsheim told The Argus about his decision to run. “[After the DTC nomination,] I spent a few days wondering what the path forward should be…. There was a sense of needing to finish what we started and a clear sense from people all over the city that they wanted to see us finish what we started.”

Florsheim believes that his ideas about education and economic development still resonate with many voters, especially the ones that have supported him from the beginning.

“We have good public schools, but they are not as good as they should be given how good our teachers are,” Florsheim explained of one of his main priorities. “We have an opportunity to be doing a lot better than we are. I think that [education] is a huge issue, as far as closing the opportunity gap.”

Florsheim also stressed the importance of looking at economic development from a long-term perspective, as well as considering the opportunities that riverfront development could bring to the local community. Florsheim’s long-term growth approach sets him apart from other candidates in the field like Russo, who has advocated for the sale of riverfront property to large development companies.

Along with his ideas for the local economy, President of the Connecticut College Democrats Ron Meehan ’21 believes that Florsheim has proven his ability to represent marginalized communities.

“Through [Florsheim’s] work with Chris Murphy and NARAL [National Association for the Repeal of Abortion Laws], he’s someone that I see as truly passionate about progressive values,” Meehan said in an interview with The Argus. “He’s someone that is not just going to say that he’s going to support certain values, he’s going to go out and fight for them and do what it takes to make a positive difference in the community.”

Florsheim, along with Thazhampallath, will have a chance to persuade undecided voters at a forum held by Middletown High School on Sept. 4. Bartolotta and Russo have declined to participate in the forum.

“We got a call from someone on [Bartolotta’s] campaign and he said that she…wouldn’t be available any day at any time leading up to the September 10 election,” Dermot McMillan, one of the five students organizing the candidate’s forum, explained. “Then [my brother Aidan and I] went down to [Bill Russo’s] office at City Hall…and we talked with him, but he said he wasn’t willing to do the forum because our dad works for the Ben campaign. We told him we were working for the community and that the questions wouldn’t be biased, but he said he wasn’t interested.”

The McMillan twins and their classmates still think the forum will be productive, even without two of the candidates.

“We think it will be a great opportunity to hear what all the candidates have to say about youth education and students in Middletown, because it’s a really important issue,” McMillan told The Argus.

“[Thazhampallath] and I have been active in calling for more of these public events and I think they’re really important,” Florsheim said of the forums. “People want to see big changes, but what needs to be offered in a vision of what that’s going to look like. I think our campaign is the one that’s doing that.”

Erin Hussey can be reached at ehussey@wesleyan.edu or on Twitter @e_riss.