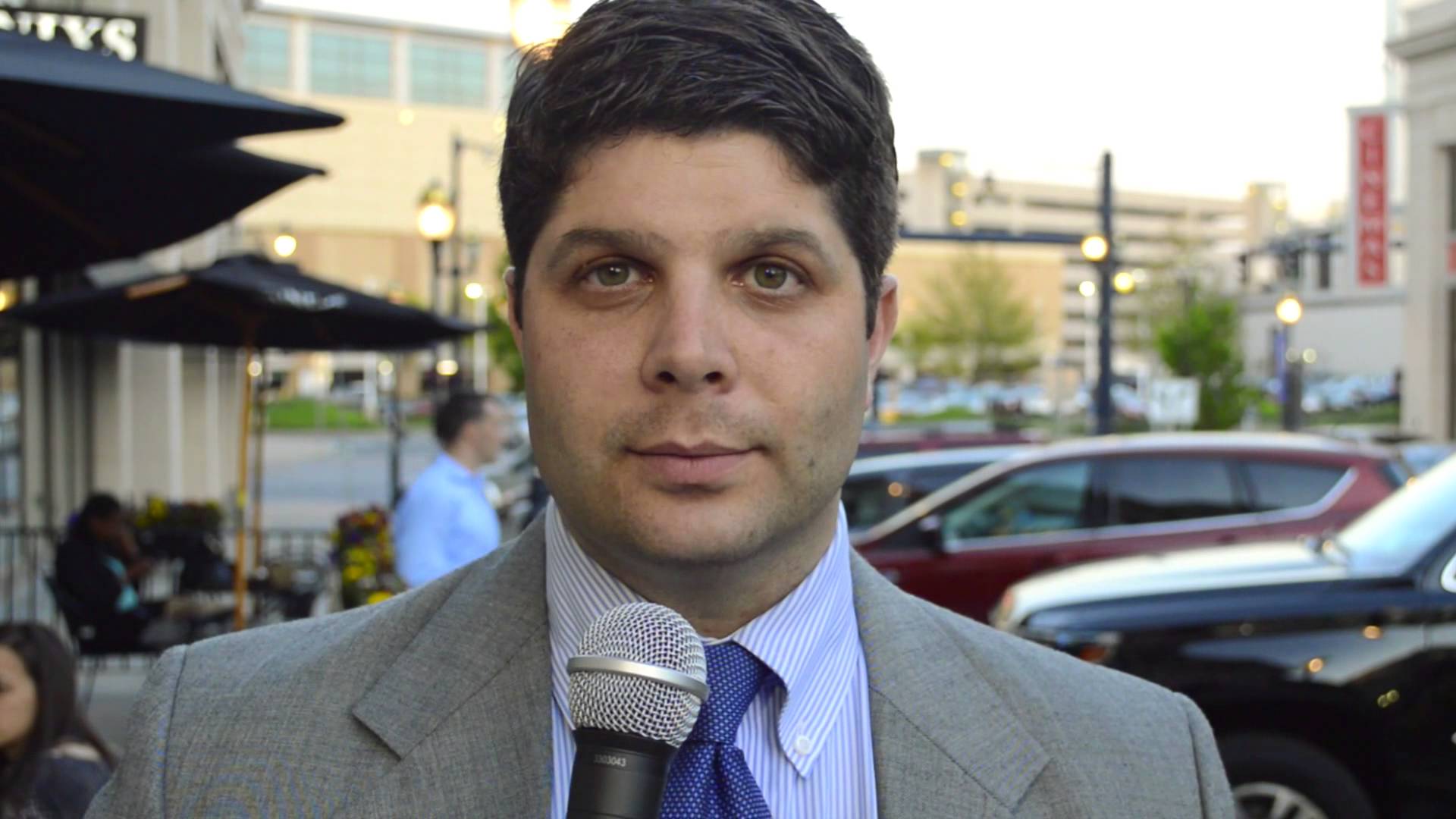 In late September, news broke of a scandal involving Drew’s gubernatorial campaign. The Middletown Press reported that they had obtained a letter that Drew had sent to city employees, requesting $100 donations for his gubernatorial campaign. These employees included police officers and firefighters whose addresses, under Connecticut statute, are supposed to remain sealed.  City attorneys had warned employees against releasing police addresses just two years ago, although Drew claims he was not aware of this warning.

Drew, who has served as mayor since defeating incumbent Republican Sebastien Giuliano in 2011, announced his intentions to form an exploratory committee for the governor’s office in January, several months before current governor Dannel Malloy revealed he would not run for re-election. Drew acknowledged that Malloy, whose approval rating sits at 24 percent, which makes him the most unpopular Democratic governor in the United States, would undoubtedly be defeated by a Republican opponent. As such, Drew chose to defy convention, challenging a member of his own party in an attempt to keep the statehouse blue.

Republican Common Councilor Deborah Kleckowski was one of the first to denounce Drew’s questionable solicitations, specifically noting the effect on city employees, whose contracts are negotiated by the mayor’s office.

“[City Hall] employees may feel a sense of intimidation: if they don’t make a donation, there might be repercussions,” Kleckowski said in an interview with the Middletown Press. “This is wrong. It’s ethically wrong to send a letter targeting town employees.”

Former Middletown mayor Giuliano, who now serves on City Council, spoke out against Drew soon after.

“I’m not sure it’s illegal, but it’s darn close,” Giuliano said to reporters from WTNH News 8 Connecticut. “If people are gonna give you money under those circumstances, they kind of feel pressured to do it and they might write you the check. But what do you think they’re saying to their families and friends about this? It’s not good. It’s not positive.”

Drew immediately apologized, calling his actions “an error in judgment,” but insisted that he did not violate Connecticut election laws.

“I believe that when you make an error—and we all make errors, we’re all human—it’s important to recognize it, to admit it, to figure out what to do to fix it and then to move forward,” Drew explained in a conference held several days after the Press’ article was published. “I don’t believe we’ve broken the law. I believe that we exercised bad judgment and there’s a difference.”

The State Elections Enforcement Commission (SEEC), however, was not entirely convinced by Drew’s insisted innocence. On Oct. 18, the SEEC opened an investigation into the legality of Drew using city employees to solicit donations. Their decision to launch the probe came on the same day that Drew announced the resignation of his top mayoral aide, Geoff Luxenberg, who is also the co-owner of the Vinci Group, a political consulting firm based in Manchester, Conn.

While the reason for Luxenberg’s departure was not publicly announced, a staffer from Drew’s office who wished to remain anonymous said that Luxenberg likely played a role in the decision to send out the mailers to city employees. Drew eventually revealed that his initial statement, in which he said Luxenberg left out of his own volition, was false. Drew had personally asked Luxenberg to resign because, as the Hartford Courant’s Kevin Rennie revealed, Luxenberg had donated more than $13,000 to Democrats around Connecticut with several donations listed as courtesy of “Team Dan Drew.” The impetus behind Luxenberg’s decision to use Dan Drew’s name is unclear; Luxenberg did not need to affiliate himself with Drew and could have made those donations as a private citizen. Drew claims he was unaware of Luxenberg’s actions.

“I never told him to do it,” Drew said in a comment for the Courant. “When I realized the extent of the contributions he was making, and that my name was used…. I asked him to resign from my office.”

Despite the ethical questions raised by the scandal, many people in the community continue to believe in Drew as a candidate. Willie Molski ’17, a lifelong Middletown resident, said he still supports Drew. He acknowledged the skepticism and ill will toward Drew but argued that the scandal should not define him or his campaign.

“I think a lot of [people] will look at the solicitation scandal and only be able to associate Dan with that because they don’t have any other personal relationship with him,” Molski said. “That doesn’t make what he did okay, but it’s also not okay to try to villainize a person without trying to take the time to understand their story. It was an error of judgment and it was wrong… [but] Dan has always been an extremely caring person, who has demonstrated an intense dedication to the Middletown community…. Last year, he donated a kidney to one of his constituents. And while that might surprise people who don’t know him, it doesn’t surprise me one bit because that’s the kind of guy he is: one who serenades his children with his guitar, falsely claims Pearl Jam is the best band ever, gets a little too into it on Facebook sometimes, but cares about Middletown as if it was his child…. In all my 22 years living in Middletown, I haven’t met someone who was so busy, yet made sure to attend events that were important to other people.”

Molski went on to emphasize that not only does Drew have a record as an upstanding person, but also as a great leader and legislator.

“Economically, he has been able to increase the city’s S&P bond rating to AAA (the highest possible), and helped make Middletown a tourist destination through Main Street’s transformation, specifically the North End,” Molski explained. “He also got a $33 million parks referendum passed….  I know Wesleyan students like to find something wrong that a person did and really harp on why it is bad, but I don’t think [they] truly understand how much Dan has done for the city.”

Molski’s sentiments are similar to those expressed by many members of the Wesleyan and Middletown communities who are familiar with Drew. Throughout all of this, the mayor still enjoys a friendly relationship with Wesleyan. He taught a small seminar class on political psychology last spring, and on occasion works with the Wesleyan Democrats, who declined to comment on this story, citing organizational bylaws that prohibit them from endorsing candidates outside of a general election.

Nevertheless, Drew has certainly faced, and will continue to face, definite repercussions from the scandal.

“This [scandal] is a huge win for Republicans, but also for the other Dems in the primary, like [Chris] Mattei and Dita [Bhargava],” an employee for a local politician’s office told The Argus. “While a lot of people were skeptical of Dan’s chances to begin with, this has marked him with a scarlet letter, so to speak. Because Malloy is so incredibly unpopular—though he’s a nice guy—[the Connecticut Democratic Party] aren’t going to go for someone who’s had a scandal. They want a guy who’s squeaky clean.”

Drew’s new status as somewhat of a political pariah is already evident. When the Connecticut gubernatorial debate was announced last week, Drew’s name was glaringly omitted from the list. In a post to his Facebook page, Drew alleged that his exclusion from the debate was a result of political rivalry.

“My campaign checked each of our email accounts, and I checked my personal email,” Drew wrote. “We had no invitation. After a few discreet fact-finding calls, we learned that invitations were handled by a donor and supporter of one of my opponents. I wasn’t invited. When a member of my campaign team reached out to one of the other organizers, he was told that there was only room for seven people at the table and that they could not fit an eighth. ‘It was too late to make any changes….’ We knew that running a campaign on progressive ideas would not be easy, but now things are getting dirty.”

The debate was subsequently canceled on Nov. 13 when the moderator, Channel 3’s Dennis House, withdrew after learning that not all the candidates were invited.

The first debate will now be held after Thanksgiving at Yale University. Drew is among the list of confirmed candidates.