Catching up With Eudice: A Conversation with a Wesleyan Tennis Legend 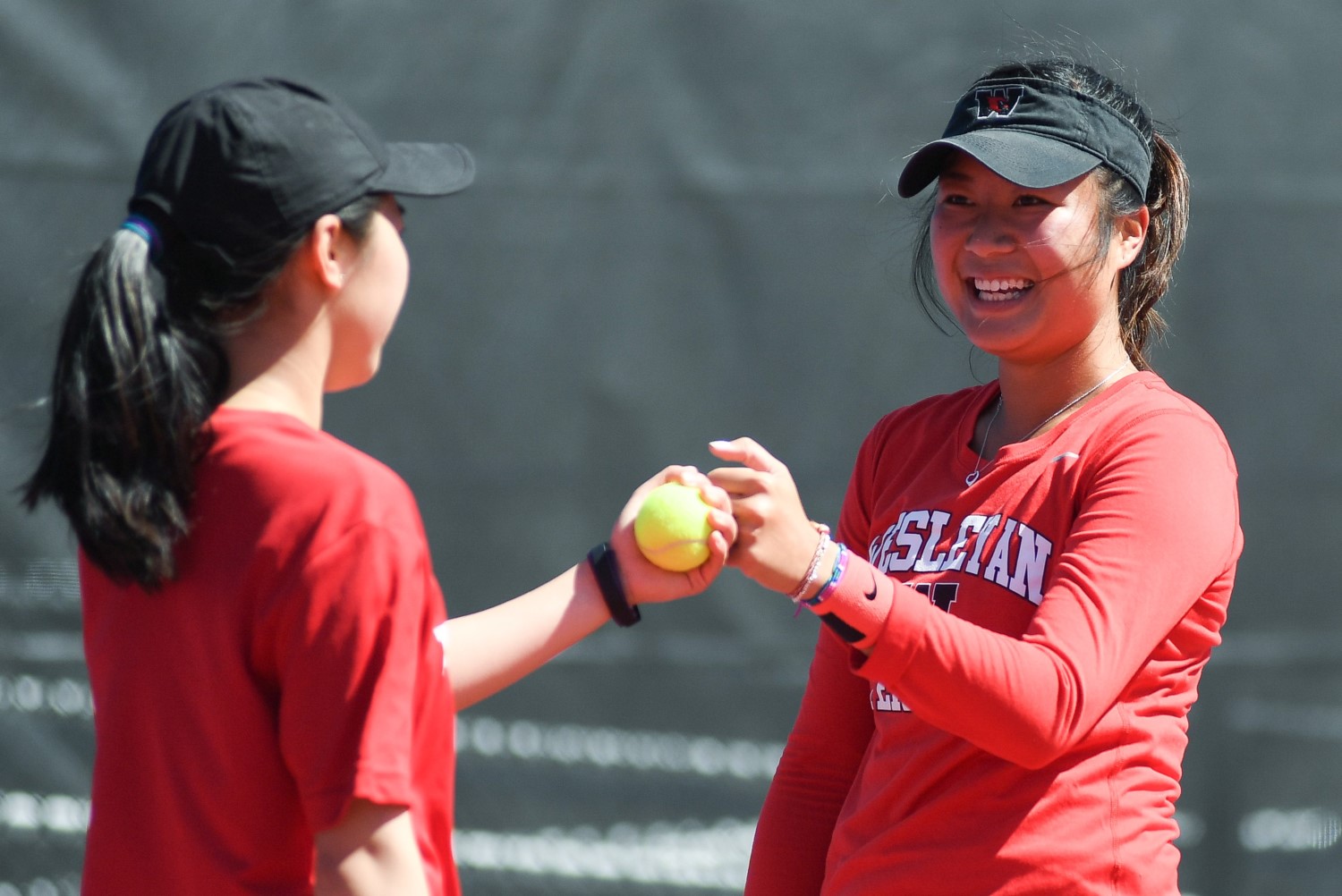 Eudice Chong ’18 is one of the best, if not the best, athletes ever to attend Wesleyan. A winner of five NCAA Women’s Tennis Championships, Chong will forever be a tennis legend at Wes. During her time as a Cardinal, she earned countless accolades, including the Division III Honda Athlete of the Year Award. Since graduating, Chong has followed her dreams of being a professional tennis player. Curious to see how her tennis career is going post-graduation, The Argus caught up with Eudice from abroad.

The Argus: Since graduating Wesleyan, what level of tennis have you been competing at? Where have you competed?

Eudice Chong: I have mostly been competing in Asia the past year and playing on the international World Tennis Tour, competing in tournaments ranging from 25k to 100k total prize money events. The biggest tournaments I’ve competed in would be the 500k International WTA Hong Kong Prudential Open, Asian Games in Indonesia, and Summer Universiade in Napoli, Italy.

A: How have you adapted to professional play? Were there certain adjustments you had to take in training before becoming a professional?

EC: The biggest adjustment to playing professionally would be my training schedule and the number of tournaments I play per year. I train about 5 to 6 [hours] per day, both tennis on-court and fitness/gym off-court and compete in about 30 weeks of tournaments per year. It gets repetitive day in day out, and I think having a positive mindset is extremely important in order to perform well. A big change for me that I had to wrap my head around was definitely the mindset of playing tennis professionally as my career and not just as a part-time player anymore. From being okay with losing matches against full-time players to being frustrated with myself about why I’m not performing better after training so intensely, in my opinion, is the toughest transition into professional tennis.

A: Did Wes tennis prepare you for the level you are now competing at? If so, how?

EC: A big part that Wes tennis played in my tennis career is not so much on court, but more of what happens off court. Work ethic and being able to push yourself when no one is around is something I learned to develop during my time at Wes, and keeping myself accountable with what I do has helped me stay motivated with making small improvements each day as I step on the court.

A: Was there a moment you realized that you wanted to play professional tennis? Did it come early in life or in college?

EC: There wasn’t ever really a specific moment, but I always knew I wanted to try playing professionally after graduating from college. I traveled a bunch as a junior and played mostly international tournaments, but I never got a chance to play as a full-time athlete because of my school. My parents always put academics first, so once I was done with college and got my degree, they were very supportive of me trying out tennis as my professional career.

A: Who is the toughest player you have competed against? What made that player so good?

EC: I don’t think there is a specific person I can name, but I can definitely say any type of player that plays extremely consistent tennis and really makes all their opponents fight for every single point. I’m more of an aggressive player and I’m not so great with playing defensive. So, I tend to struggle a bit when I play players who slow the ball down and grind, because I’ll have to make a lot of balls, stay patient, and make sure my unforced-error-to-winner ratio is at a good balance.

A: What are your personal keys to winning a tennis match? Is it more preparation or in-game focus?

EC: I would definitely say it’s a combination of both. Without preparation, it is impossible to perform well and win matches. It is the adequate amount of preparation that helps make the transition from training to matches smoother, and it’s what helps me utilize what I’ve been practicing in training and translate it to matches. But of course, with full focus and energy during matches, I also can’t have a clear mind and game plan to play my best tennis as well…. Just trusting that what I’ve done in practice will help me overcome any obstacles I come across during matches.

A: Let’s say an aspiring professional tennis player walked up to you and asked, “How do I become a pro like you?” What would you say?

EC: I would just simply say, “Don’t let failure stop you from reaching your goal—it’s a part of learning and becoming successful. Make sure you work your butt off and don’t let anyone stop you from doing so.”

A: What are some things you take pride in as a professional athlete?

EC: [Laughs] That’s a great question. I’d say first off, being able to represent my country at some of the biggest events. Not everyone gets to do that, and it is always so much more of a special experience playing for something more than myself. Honestly, I would say I take pride in just being a professional athlete. Period. Not everyone has the opportunity to pursue their dreams and have it as a career as well. I know there are people out there who would do anything to be in my shoes and have the support I get from my country, family, and friends.

A: What do you have to say to last year’s National Champion women’s tennis team?

EC: I could not be any prouder of what you all have achieved, and every single person played such a big part in making this happen. Coaches, family, alumni, friends, supporters, have all played such a major part in creating this championship team and culture, and I can only imagine what greater things this team will continue to achieve. I’m a little bummed I couldn’t be there to witness such a historic moment, but I’m sure there will be many more to come, and hopefully I’ll be there to cheer you all on the next time it happens.