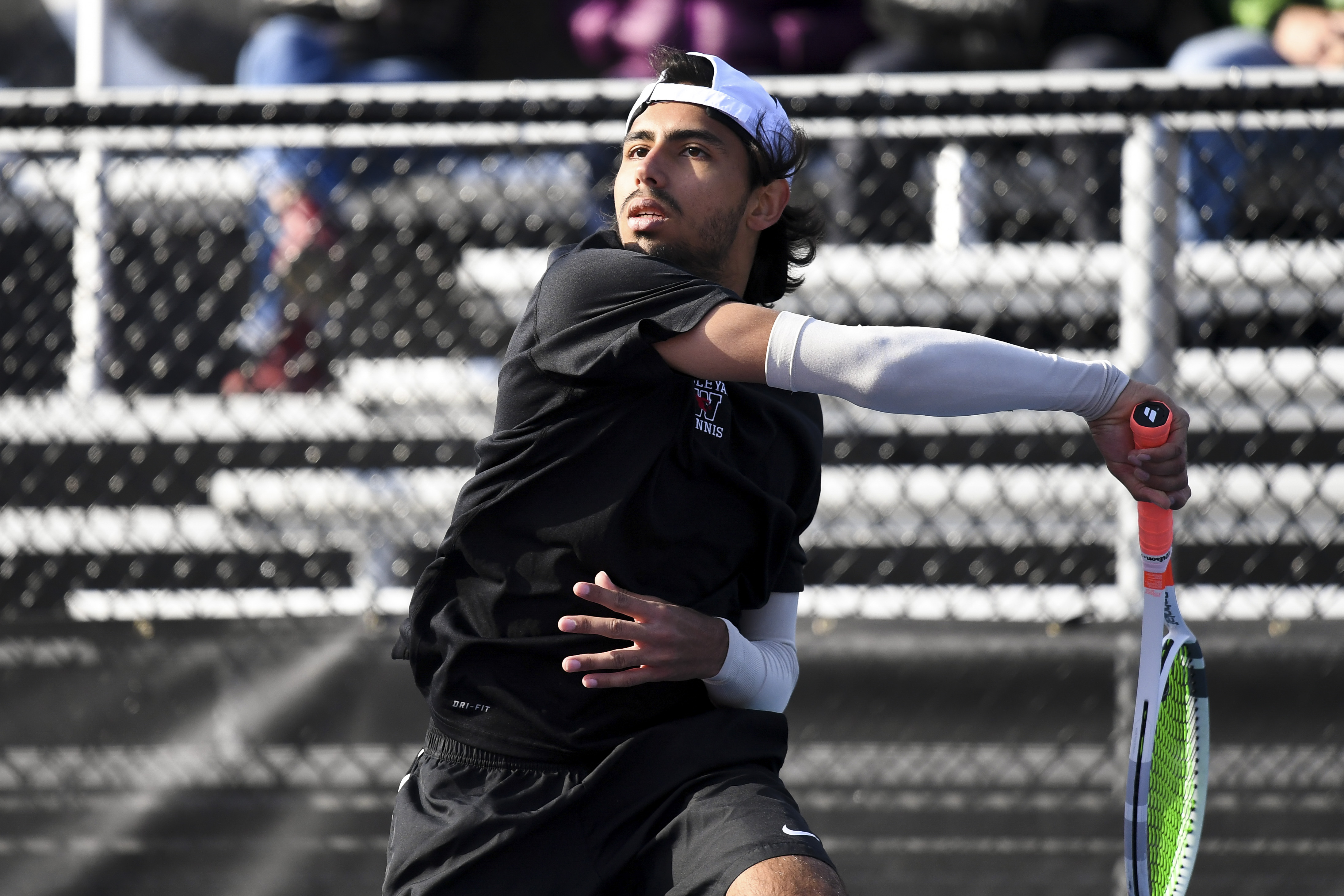 The fourth-ranked Wesleyan women’s tennis team finished its regular season with two brilliant wins, further solidifying this season’s success. Last weekend, the team competed in the NESCAC Championships at Middlebury. Wesleyan was the second seed and managed to top both No. 14 Bowdoin and the first-seeded Panthers to claim the NESCAC Championship for the first time. It was also the first time in history that the conference championship went to a team other than Williams or Amherst. This thrilling victory earns the Cardinals an automatic bid into the 2019 NCAA tournament.

It is easy to believe that the team won NESCACs, as the matches leading up to the tournament were filled with remarkable wins and demonstrated strength across the board. On April 27, the Cardinals swept No. 40 Colby at home handily, taking the match 9-0 without missing a beat. Wesleyan dealt with the windy conditions with ease, starting off strong and never losing momentum throughout. All three doubles matches and six singles matches led to straightforward wins for the Red and Black. The power duo of Polina Kiseleva ’21 and Venia Yeung ’22 took their match 8-2, using powerful groundstrokes to outmatch the Mules. Kiseleva dominated in singles as well, playing the number three position and not giving up a single game, demolishing her opponent 6-0, 6-0. The biggest challenge of the day came during the first singles match, during which third-ranked Victoria Yu ’19 was pushed by Carly Levitz, who is ranked 12th in the Northeast. Yu handled the match beautifully, claiming the close first set 7-5 after coming back from being down a few breaks. She advanced with confidence in the second set, eventually taking it 6-1.

The next day, the Cards played at home again to face No. 39 Hamilton in the squad’s last match of the regular season. Wesleyan sailed past Hamilton with yet another 9-0 win, continuing their five-match winning streak. The singles were particularly impressive on the day, with six straight-set victories. The first singles win came from Alissa Nakamoto ’21 at third singles, who took down her opponent 6-2, 6-2, and the match was decided by Alexis Almy ’22 at second singles, who triumphed with a score of 6-0, 6-2.

The team also celebrated Senior Day and recognized Yu, who has made remarkable contributions to the program over the past four years. She has obtained three National Championships and five All-American honors, and has the potential to add to these accomplishments in the postseason.

Wesleyan went on to face Bowdoin in the semifinals of the NESCAC tournament. They repeated their victory from earlier in the season, topping the Polar Bears with ease and clinching the match 5-1. All three singles competitors won decisively, with a speedy 6-1, 6-0 victory from Yeung at second singles and impressive performances by Yu and Kiseleva as well. Two out of three doubles won their matches 8-2, exhibiting some of their strongest performances of the year.

In the finals against Middlebury, the Cardinals immediately came out firing and played with determination and toughness throughout the matches, ultimately leading to a historic victory. Although the Panthers managed to sneak wins at first and second doubles, the Red and Black fearlessly fought to prove their skill. All six singles matches proved to be close, with only one match ending in a straight sets. At fourth singles, Kiseleva gave the Cardinals their first lead by coming back after being down one set to eventually win the match 2-6, 6-1, 6-4. Additionally, Almy and Yeung came out strong at fifth and second singles, respectively, clinching the victory and making program history. Although Yu and Nakamoto did not finish their matches at first and sixth singles, both were in the lead when the match was called.

The men’s team also ended its regular season on a high note, with two wins against Colby and Hamilton. The season has proved to be an exciting one for them, as they have exhibited tremendous growth and success.

“The best part of the season was getting to practice with amazing teammates, win big matches, and grow as a tennis player,” said first-year Max Lee.

During the Colby match on April 27, the teams had to deal with various weather-related challenges—rain, wind, and a shift from playing outdoors to indoors. These obstacles did not bother the Cardinals, as they did not give up a single match that day to claim a 9-0 victory despite the Mules presenting them with some challenges. The newly first-ranked doubles team of Adrian Roji ’21 and Noah Lilienthal ’22 continued its excellent momentum with an 8-5 win at first doubles. At second doubles, Princeton Carter ’20 and Ali Mooraj ’21 came back from a 4-1 deficit to take the match 8-5. The singles fared equally well. At first singles, twentieth-ranked Peter Anker ’22 faced his seventeenth-ranked opponent, Scott Altmeyer. Despite being ranked behind Altmeyer, Anker managed to use his powerful groundstrokes to overpower his opponent to take the match with a solid 6-4, 6-2 win. At second singles, Roji played outstanding tennis and eventually won through a dominant second set tiebreaker, winning with a final score of 6-1, 7-6(0).

The team continued its momentum with an 8-1 victory against Hamilton the following day. This win concluded their regular season, which boasted a 14-3 overall record and an .824 winning percentage, the best in program history. That day, the singles were particularly powerful, a typical feat of the men’s team. At first singles, Anker used his heavy forehands to earn a 6-0, 6-1 victory. The most decisive win of the day came at second singles, where Lilienthal refused to drop a single game and claimed the match 6-0, 6-0.

In the semifinals of the NESCAC tournament, the men’s team fell to No. 6 Middlebury after a first-round bye. The Panthers managed to top the Cardinals 5-3, but Wesleyan resisted its opponent well. First doubles team Roji and Lilienthal were dominant as ever, managing to win in a tiebreaker and pick up an 8-7 victory. Wesleyan showed prowess in singles as well: at second singles, Anker defeated an opponent he had lost to three weeks ago, showing his improvement and determination. In addition, at third singles, Lilienthal moved up the lineup, but showed the same strength in singles as he did in doubles as he eventually topped his opponent 6-1, 6-3.

Despite this tough loss, the men are optimistic for the future and are excited to continue their season.

“I am looking forward to putting our hard work into action, and proving to everyone that Wesleyan tennis is the best in the country,” said Lee.