In “Small Town Eden,” Religion is the Poison Apple 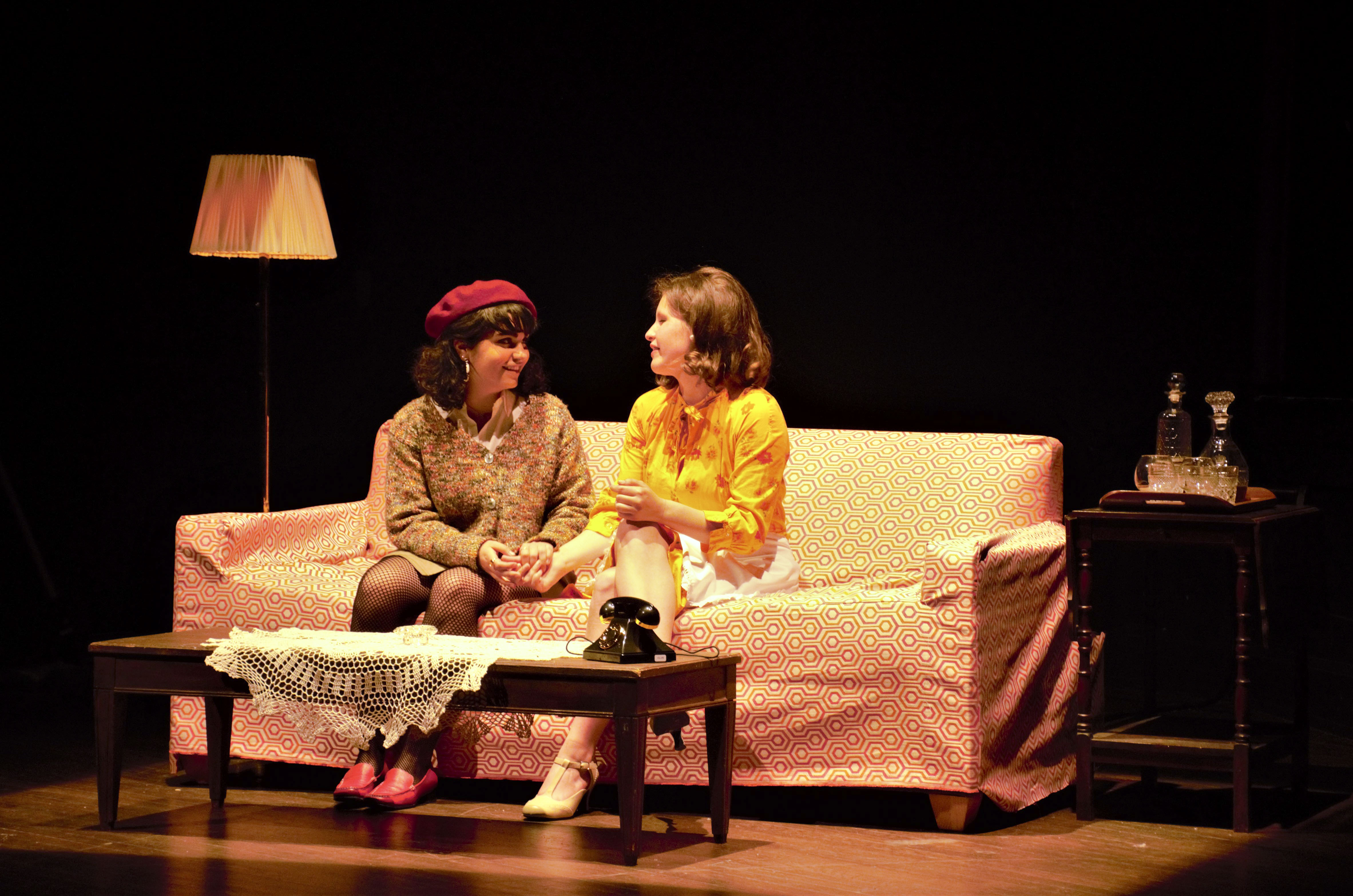 The title of “Small Town Eden” alone—which refers to a character’s description of her hometown as a small slice of paradise on earth—should be enough to provoke suspicion in most viewers. The more idyllic a fictional town sounds, the darker its secrets tend to be. This play, written and directed by An Pham ’21, is certainly no exception, touching on topics like mental illness, sexuality, and religious fanaticism.

“Small Town Eden” stars Chapin Montague ’21 as devout young housewife Helene, alongside Nils Asmundsson ’22 as her husband Jonah, a musician preparing for the biggest concert of his career. His sister Jaime (Ava Thornton ’20) is an aspiring writer who has returned home for the summer after getting her heart broken at college. There is palpable warmth and affection between this trio, but each of them is hiding something from the others. Jonah hears mysterious voices in his head but is afraid to tell Helene about them for fear she will think there is something wrong with his mind. Helene notices something is off about Jonah after hearing him talk to himself in private, but is reluctant to confront him or admit that she is worried. Jaime, still stinging from her recent breakup, finds a new love interest in Helene’s friend Ann (JR Atkinson ’21). Unfortunately, Ann is already married—to none other than Jonah’s business partner (Thomas, played by Max Halperin ’20). As the characters dance around each other—Ann and Jaime trying to decide whether to act on their feelings for each other, Jonah and Helene trying to figure out how to address his increasingly erratic behavior—past secrets and unexpected connections are gradually revealed. When Jaime and Helene finally make their choices, their actions have devastating consequences for their loved ones.

“Small Town Eden” has a small cast, but each member pulls their weight, successfully portraying a group of complex, multifaceted characters. No one in the play behaves perfectly, but everyone has their sympathetic moments. Ann’s husband Thomas is a self-important blowhard who can’t see beyond the boundaries of his own small town, but he has also sacrificed his own dreams in favor of his father’s expectations. Although Jaime behaves selfishly with Ann, urging her to make a huge leap of faith and leave her husband even though Jaime herself isn’t ready for such a big commitment, she also clearly still bears the emotional scars of growing up in a deeply homophobic town with parents who cannot accept her sexuality. Helene’s deep religious beliefs lead her to turn to the Church for help with Jonah and to seek out an exorcism over psychiatric care, but even when her choices are questionable they are primarily motivated by a deep love for her husband. These thoughtful characterizations would not succeed without the cast’s performances, which are impressively subtle and nuanced across the board. 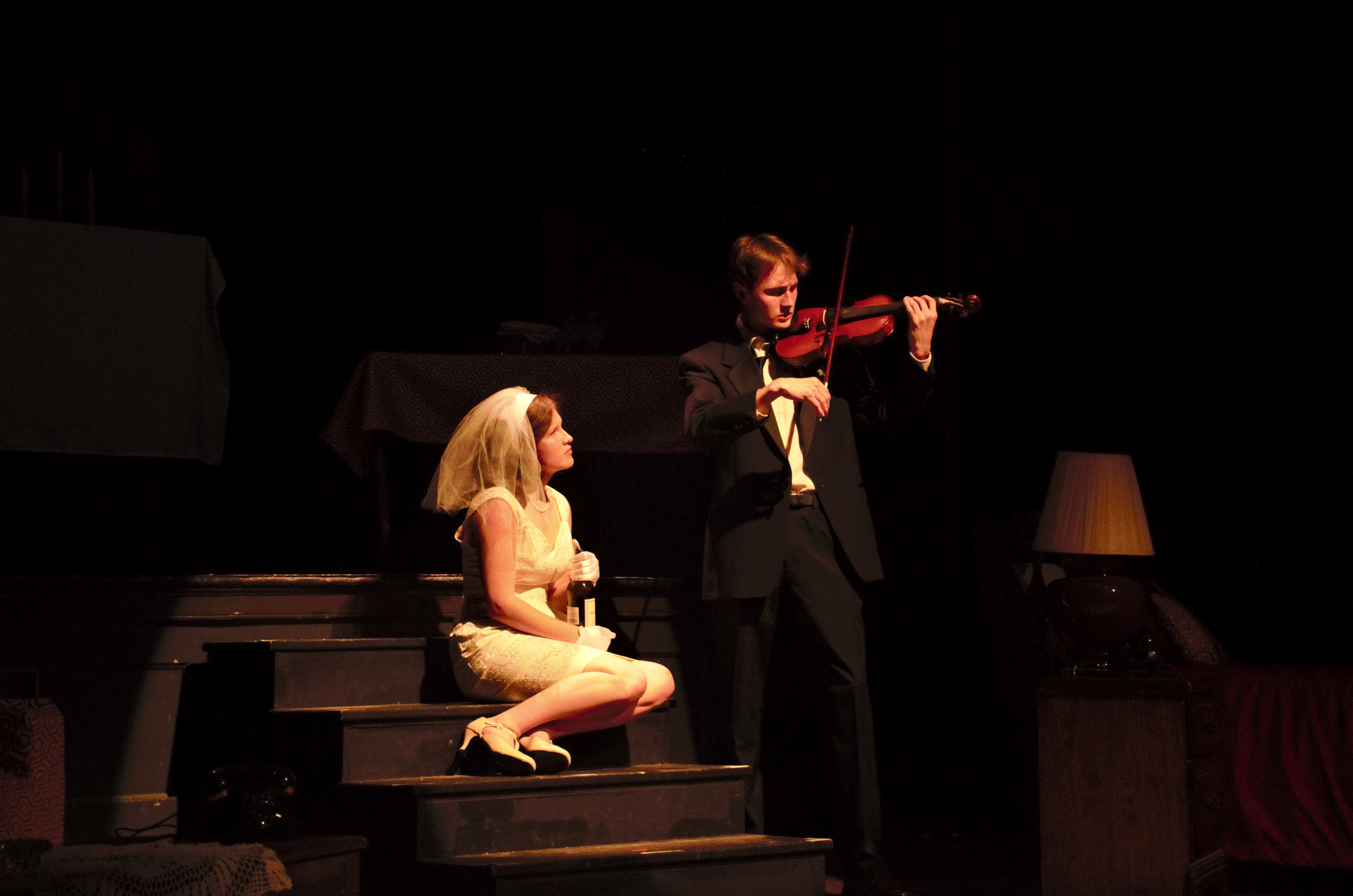 While it may not be a character per se, arguably the most significant presence in “Small Town Eden” is that of religion. The most obvious illustration of this is in the character of the town’s local priest (Saam Niami Jalinous ’20), who Helene turns to for advice about Jonah. The priest secretly struggles with his own gender identity in ways which are incompatible with his understanding of what it means to live a godly life, a fact which clearly causes him anguish. He is also revealed to be wracked with guilt over a past exorcism he conducted which ended disastrously and even attempts to advise Helene to seek medical help for Jonah before resorting to exorcism. The priest ultimately changes his mind and agrees to exorcise Jonah after (mistakenly) concluding that Jonah knows his secret in an attempt to make him forget and in doing so, becomes the closest thing the play has to a villain. But even this decision, as horrifying as it is, is not without humanity, as it illustrates the priest’s own vulnerability, and the ways in which strict and unyielding faith can do more harm than good.

This constant presence of Catholicism in the lives of the characters is emphasized by the show’s set, which evokes a cathedral with just a handful of well-placed set pieces. A large altar is placed in the middle of the stage, and stained-glass windows and an enormous cross hang over the altar. Many of the show’s scenes take place downstage, outside of the church, but even when the characters are ostensibly in their own homes there is a cross constantly looming over them, which seems fitting, since there is no escaping the influence of religion—not for Jaime, who carries her parents’ rejection with her even after rejecting faith, and not for Helene, whose desire to support her husband cannot overcome her blind trust in religious authority. Much like the biblical Eden, this small town has a poisonous core.