“Shrill” Hits the Nail on the Head 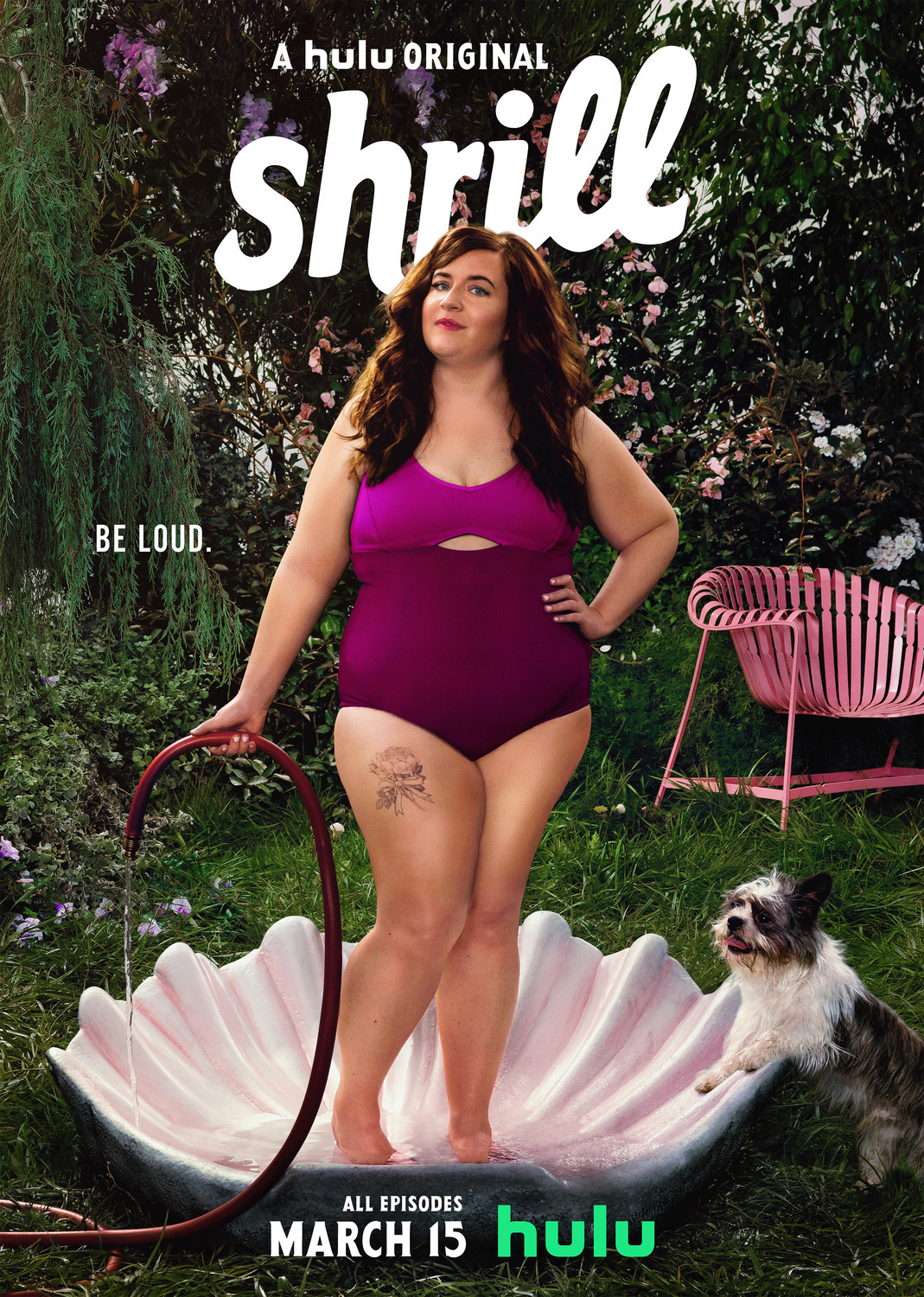 As someone who’s struggled with my weight my entire life, I’ve always felt like everyone on TV looked different than me. I’ve read plenty of books about young people with similar experiences as mine, but there has never been a TV show that so accurately conveys it. That’s why the brand new Hulu mini-series “Shrill” is so refreshing.

“Shrill” is based on the book “Shrill: Notes from a Loud Woman,” by Lindy West. The show was created by West, SNL star Aidy Bryant, and Ali Rushfield, and follows the life of a young 20-something named Annie Easton (played by Bryant). Annie is a plus-size woman who works as a writer at an alt-weekly in Portland, Ore., where she is not allowed to write articles, but instead is stuck editing calendar listings. She lives in a brightly decorated house with her best friend, Fran (Lolly Adefope), a hairdresser and lesbian serial dater. When Annie is not working, she’s hooking up with a guy named Ryan (Luka Jones), who is notoriously flaky and makes her crawl through the bushes in his backyard to enter and exit his house, scared that his roommates will see her. To top it all off, Annie’s father (Daniel Stern) is sick with cancer and is undergoing chemotherapy.

Despite these circumstances, this show proves to be an incredibly powerful and positive coming-of-age story, as we watch Annie blossom into a confident, body-positive woman throughout the series. She figures out how to live her life without constantly being ashamed or apologetic for her body, or for the way she looks.

There are several incidents that help Annie gradually arrive at self-acceptance, but one of the most memorable occurs in the episode “Pool.” In this episode, Annie attends a body-positive pool party and is delighted to see people not worried about how they look in a bikini, but instead are comfortable in their own skin, enjoying time in the sun and at the pool. Annie attends the pool party dressed modestly in jeans and a t-shirt, but by the end, she has happily shed her layers, splashing around in the pool along with her friends. This catapults her empowerment in other areas of her life, like taking control of her sex life and relationship with Ryan or her responsibilities at her job, and even gives her the confidence to confront a persistent online troll in real life. 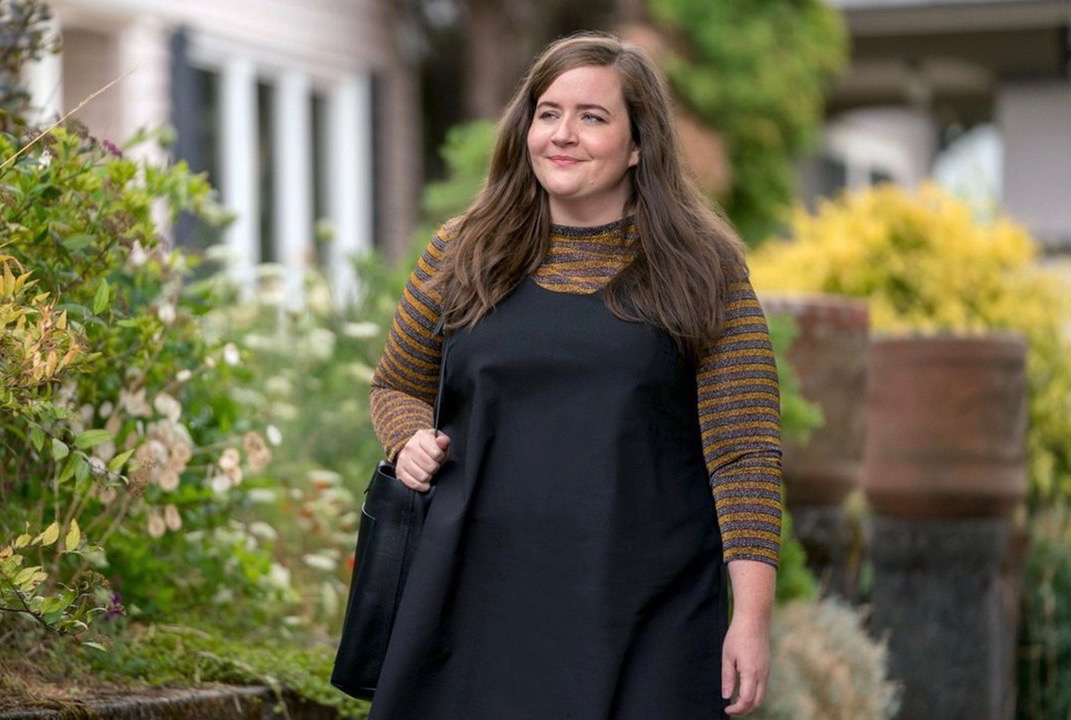 Although “Shrill” is not just about fat politics and body positivity, it captures the complexities and intricacies of these topics extremely well. It nails the nuances of being overweight almost perfectly. There are the healthy, boxed meals that taste like crap that Annie’s mother gives to her to help her lose weight, the mean boss who shames her for not coming on their staff bike-riding trip, and her reluctance to take off her unsexy, grandma-style bra when hooking up with someone. “Shrill” is unapologetically radical, preaching self-love and body positivity to everyone who watches it. The show goes outside the box of the typical narratives of a fat person—there is no sob story, no scene of Annie sweating through workout classes, no montage of weigh-ins or nutritionist meetings. Annie learns to accept herself without all of that, and, by the end of the series, we see someone who is fearless in her own skin and just so happens to be plus-sized, which is exhilarating in mainstream media.

Another aspect of the show that particularly stands out is Bryant’s fashion sense. Annie wears some of the most fashionable and trendy clothing items, including a sequined rainbow mini dress, cool green clogs, and pink-and-white striped collared shirt dress that I am dying to have in my own wardrobe. Her roommate, Fran, has an equally impressive fashion sense, donning an adorable bright-yellow one piece in the “Pool” episode and sporting many brightly patterned jackets at different points in the show. Their wardrobe shows that you can have great style at any size.

However, no TV show is perfect, and “Shrill” does occasionally frustrate. Annie and her boyfriend, Ryan, don’t have the healthiest of relationships in the beginning of the series, as he refuses to wear a condom or introduce her to his friends. He is almost embarrassed of her, and even cheats on her at one point in the series. Ryan is a bit of a deadbeat, and doesn’t necessarily seem to give her the respect that she deserves. The show would have been much more powerful if Annie ended up kicking him to the curb, but we don’t see that. Instead, we see her constantly justifying his behaviors, which doesn’t feel like a particularly healthy choice. Additionally, there are times where Annie comes across as quite selfish and inconsiderate, especially to her roommate, Fran. She seems more interested in her own life than helping Fran with any of her struggles. For example, when their cat accidentally ingests mushroom pills, Annie is annoyed that Fran can’t skip her workday to take care of the cat, when it should be her responsibility, too. Annie also frequently criticizes how Fran treats her various hookups, when she’s the one vying for the problematic Ryan. It’s a little bit frustrating to see Annie portrayed this way in some episodes.

Overall though, “Shrill” is still extremely successful in its aim to create a different and exciting narrative, and is an inspiring, stimulating, and provocative show. After you watch the first episode, you’ll be hooked, and it’s well worth continuing.