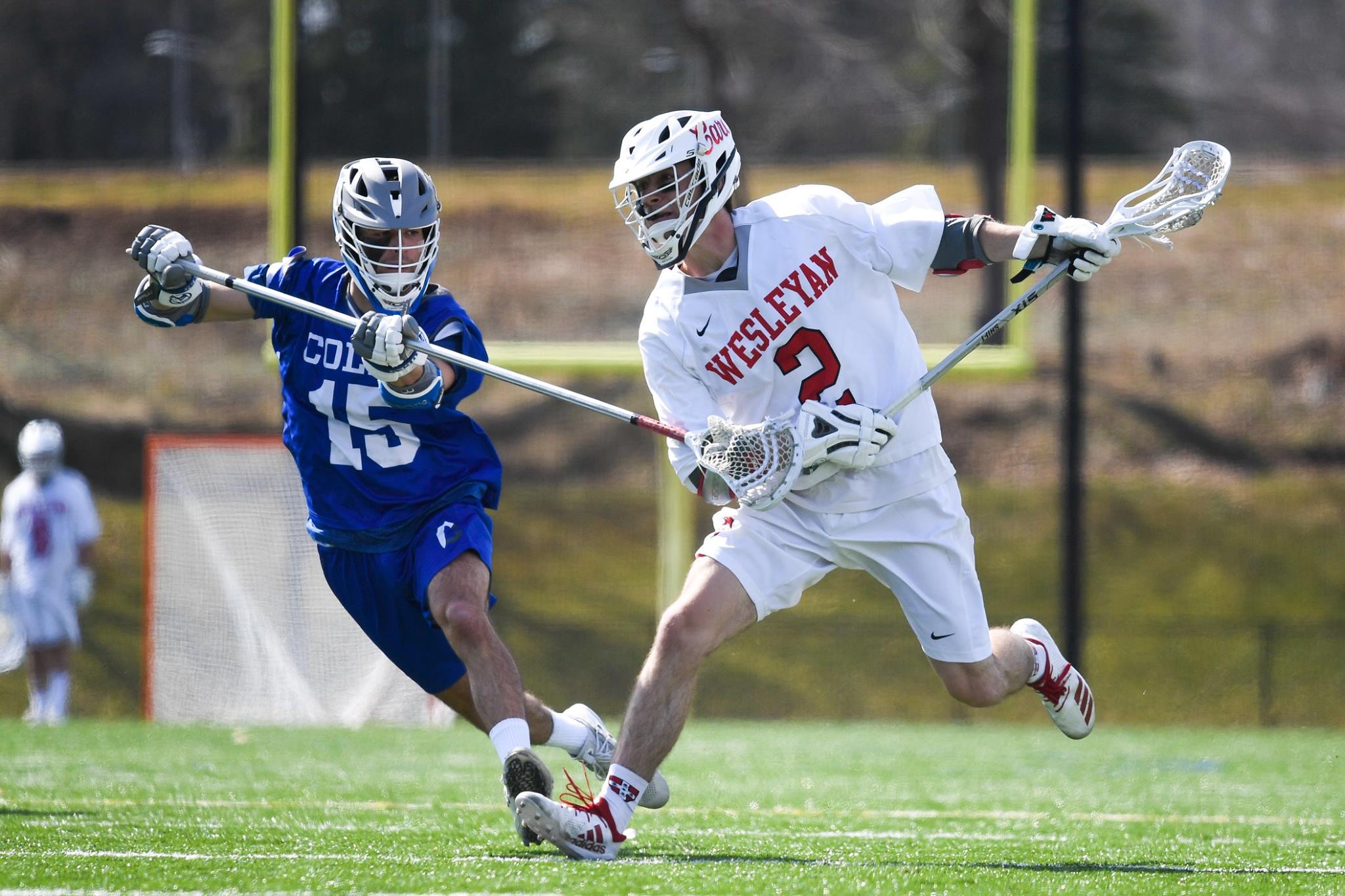 The men’s lacrosse team is off to a strong start this season, posting a 7-2 record in their first nine games. The team kicked off their season No. 1 in preseason rankings after a victorious and historic 2018 Championship run. In the 2019 season opener, the Red and Black took a big NESCAC and Little Three victory over Williams at home, winning 14-12.

The game was tight the whole way in the stat sheet and on the field, with both teams having similar shot and turnover totals. Williams even had a lead in the second quarter before Wesleyan went on a run to take the lead for good before the half. In the victory, Scott Irwin ’19 and Carter Hawthorne ’19 both scored a team-high three goals, while on defense Otto Bohan ’20 made 16 saves to secure the win.

The Cards then followed their ’CAC victory up with a convincing non-conference victory over the United States Coast Guard Academy at home. The team took an easy win with a 17-6 finish. Hawthorne and Christian Barker ’19 led the offense with five goals and five assists, respectively.

Unfortunately, the team could not repeat its success three days later, falling in their second NESCAC game to Bates. The Cardinals fell to the Bobcats on the road in a tough Top 25 matchup, 15-12. Colin Uyeki ’19 led the team with three goals in the losing effort and Bohan made 17 saves against the Bobcats. 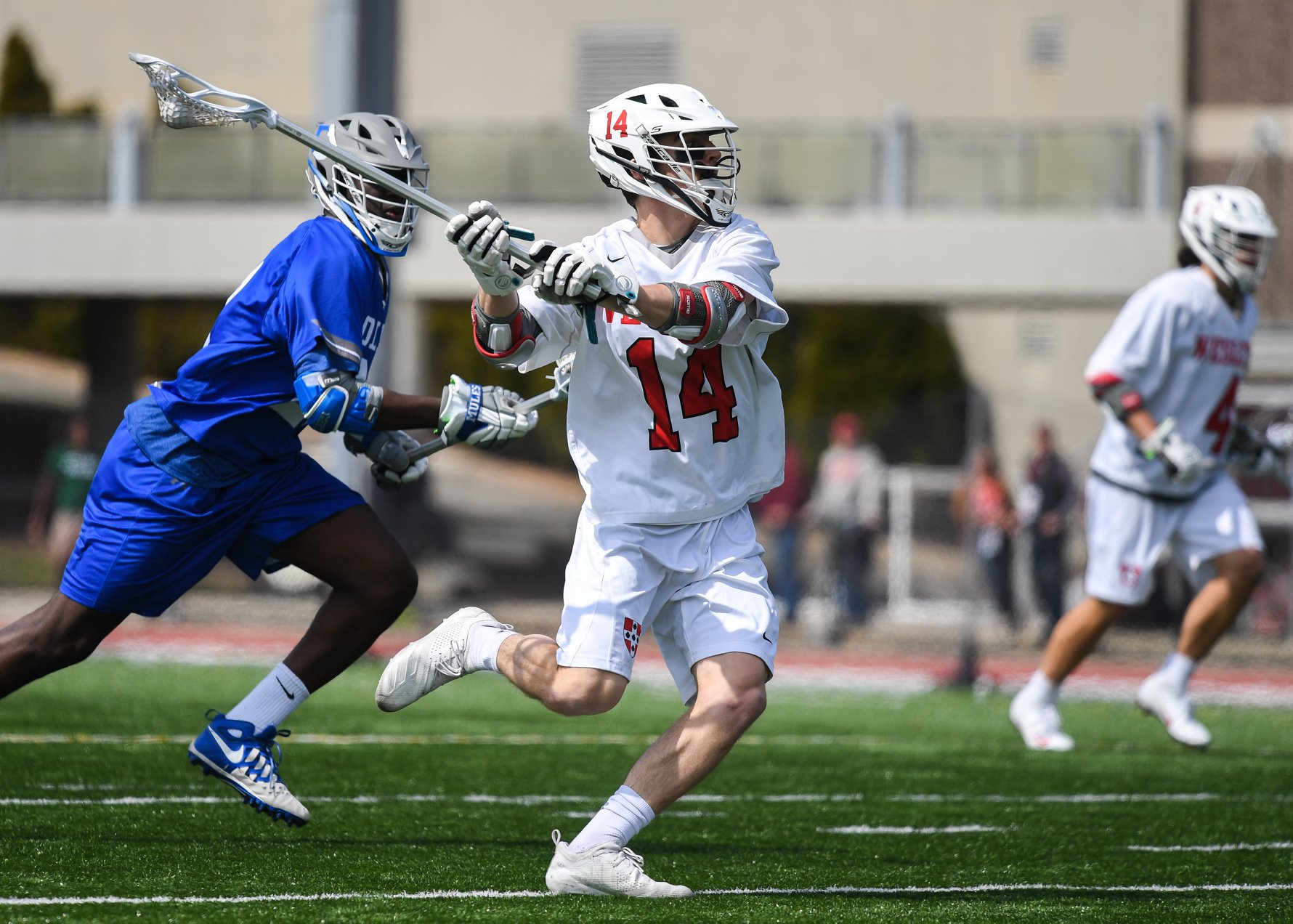 After the conference loss, the Red and Black were able to rebound by winning five games in a row. This included victories against NESCAC foes Colby and Middlebury with impressive scores of 13-5 and 21-8, respectively. In the two conference victories, the Cards gave up a total of 13 goals while scoring a whopping 33 goals in the process. During their latest five-game winning streak overall, the Cards only gave up 33 goals—proof of stellar defensive performance—and scored a total of 68 goals.

However, the winning streak came to a sudden halt on Wednesday, April 3 when they lost a tough top-ten matchup to Amherst on the road. The Cardinals had narrowly beat the Mammoths last year at home, 12-11, to win their second Little Three title in a row. Yet number two-ranked Amherst was able to exact their revenge against the Cards with a 14-9 victory on Wednesday.

During the game, Amherst jumped out to a 5-1 lead in the first quarter, and Wesleyan never got closer than two goals during the rest of the game. Ronan Jacoby ’21 scored six of the nine goals from the sixth-ranked Cards (while also recording his 100th career point) and Bohan made nine saves in the loss.

Despite the loss, senior captain Chad Malinowski is pleased with how the team is playing right now as a whole.

“I think the start to the season has been great,” Malinowski said. “The team has really been coming together and has started to find its stride.”

Malinowski noted that the team’s success comes from talent on both ends of the field.

“I think the defense has been performing very well,” Malinowski said. “Otto Bohan has been playing extremely well in goal, and our defense is really starting to come together as a unit. On offense, our team has really been firing on all cylinders. At the faceoff X, guys have been battling really hard and giving us an edge all year.” 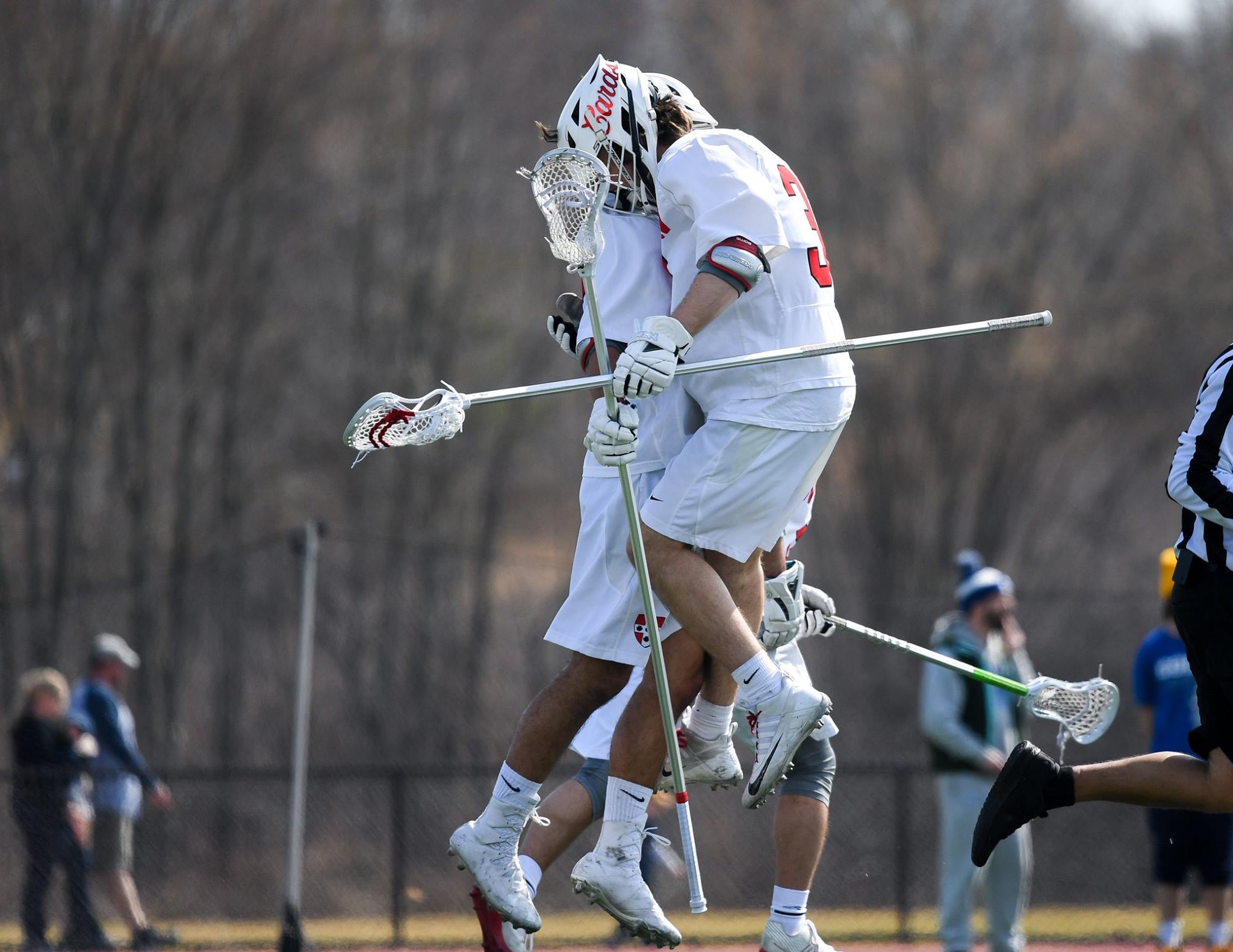 The schedule does not get any easier for the Cards, however, as they return home to take Tufts this weekend. The Jumbos are ranked number four in the country and are undefeated at 10-0 and 5-0 in conference, with wins over Williams and Trinity included.

Malinowski says that the key to getting back in the win column is returning to the basics.

“I think it’s just getting back to focusing on us,” he said. “We let our focus stray a little bit this week and started to overcomplicate things so focusing on our fundamentals should prepare us well for Saturday!”

Hopefully, the Cards will be able to reset and get back in the win column against a big conference foe in their upcoming matchup. Hopefully they’ll take that momentum into the final stretch of the season versus other NESCAC opponents such as Bowdoin, Trinity, and Conn. College. Come out and cheer on the sixth-ranked Cards during their marquee matchup vs. Tufts on Saturday afternoon at 1 p.m.