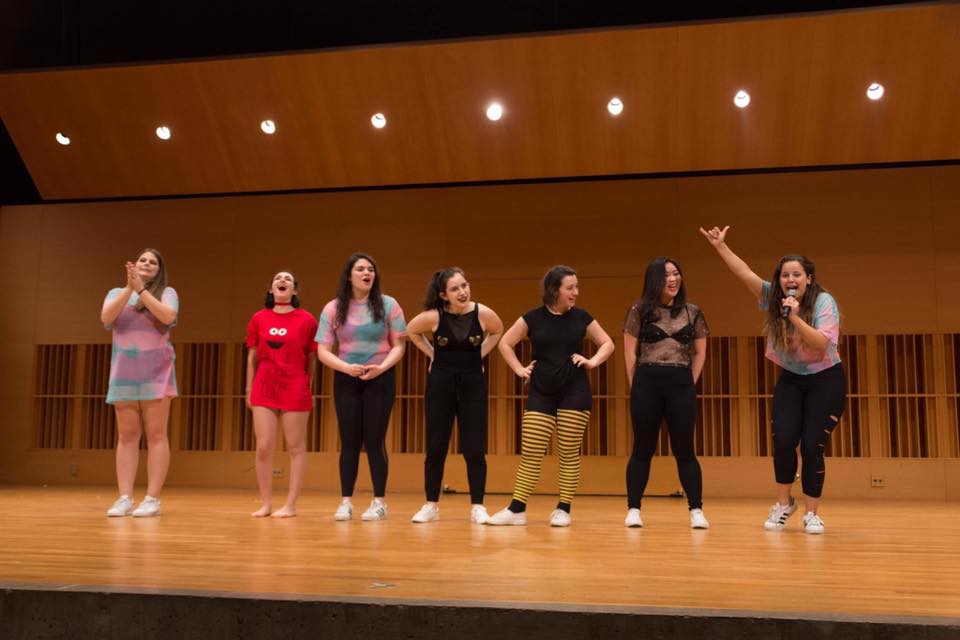 This semester, the University’s all-inclusive dance show, Terpsichore, will be held on Friday, April 19, coinciding with both Good Friday and the first night of Passover. This decision has come under criticism from students due to concerns about Christian and Jewish students’ ability to participate in the event.

Tammy Shine ’21 and Sophie Talcove-Berko ’21 raised the issue with members of Terp Core—the group of students who are responsible for organizing the dance performance—after auditions on Sunday, Feb. 17.

“Terp is one of my favorite nights of the entire semester…and it’s concerning that the University would be so comfortable excluding such a large portion of this campus on a night that means so much to so many people,” Shine, who had hoped to choreograph a dance for Terp, told The Argus. “It’s not even about myself being unable to participate, it’s about the fact that so many people are systematically excluded by the date choice.”

The date for the performance was chosen in December but was not publicly announced until auditions in March.

“When the Center for the Arts and Terp Core discussed April 19th as the date for the Terp spring performance back in December, we noted that it was Good Friday/Passover, and our Terp Core liaison agreed to the date,” Director of Wesleyan’s Center for the Arts (CFA) Sarah Curran wrote in an email to The Argus.

However, Melanie Nelson ’19, a member of Terp Core, noted that the group had very little say over choosing the event’s date.

“Them saying that Terp Core agreed on the date is not really true. It’s the day we were given,” she said.

After Shine and Talcove-Berko raised the issue with Terp Core, Terp Core member Karolina Hetesova ’19 and Shine met with Curran and Hanna Oravec, the CFA’s Assistant Director of Programs, to try to move the performance to another date. However, following this meeting, there was no immediate consensus about whether to change the date of the event.

“When we met we discussed the number of scheduling challenges that the CFA faces each spring, and that we must prioritize academic and curricular performances before we schedule student events,” Curran explained. “We encouraged them to speak internally to the other Terp Core leaders. If the group comes to a consensus that they would like to change the date of the performance, we will work with them to find an alternate spring date in Crowell.”

On Thursday, Feb. 28, Terp Core met as a whole to try and resolve the issue. They decided to have an open dress rehearsal on Thursday, Apr. 18, so that students who could not attend the event on Friday because of their religious obligations would have a chance to see the show.

“Terp Core will be asking the Christian and Jewish communities to come see an invited dress rehearsal of the Terp performance on Thursday, April 18, and this invited dress has been approved by the CFA,” Nelson told The Argus.

Other students told The Argus that they had found it difficult to organize events in the CFA as well. Natasha Guandique ’20 said that she was unable to schedule “Expresiones,” Wesleyan’s annual Latinx student showcase, in the CFA last November because it was scheduled for the same weekend as a visit and performance from Sri Sultan Hamengkubuwono X of Yogyakarta’s court.

“This is a show that goes up every year that celebrates Latinidad,” Guandique said in reference to Expresiones. “You’d think that Wesleyan would want to support such an event, but they prioritized an event that didn’t benefit the Wesleyan population: the visit of a Sultan because of an instrument that he gifted/authorized Wesleyan to have. [The CFA] did not work with us or try to accommodate us.”

Some students see this incident as being indicative of a wider problem at Wesleyan: that students are sometimes not able to participate in University events because of religious obligations.

“I’m concerned that Jews will feel they cannot participate in Terp and I am concerned that there are Jewish students who will participate in Terp and therefore not be able to observe Passover as they would like to do,” Arielle Schwartz ’19, one of the Wesleyan Jewish Community coordinators, wrote in an email to The Argus. “I am sure this was not an intentional decision but I think it points to a greater issue of Wesleyan…often being culturally unaware of students’ religious observances.”

Despite this, not all students of faith were concerned that Terp had been scheduled for April 19.

“I am not concerned that Terp has been scheduled on Good Friday,” Grace Chen ’20, the leader of Wesleyan Christian Fellowship, wrote in an email to the Argus. “I have not felt like I can’t participate in certain University events because of religious obligations and I have not heard complaints from people in the Wesleyan Christian Fellowship that this can sometimes be the case.”

However, chaplains in Wesleyan’s Office of Religious and Spiritual Life expressed concern that Terp had been scheduled for the same day as Good Friday and the first night of Passover. They noted that students had raised the issue with them and that they were hopeful that the event’s date could be changed.

“Given the large number of students, faculty, administrators, and staff at Wesleyan who take very seriously their religious faith, especially when it comes to observing Good Friday and Passover—the holiest days of the year for Christians and Jews—I would think that the Terp organizers, sensitive to the expressed concerns of their classmates, would be able to find an alternative date for Terp for this semester,” University Catholic Chaplain Father Bill Wallace wrote in an email to The Argus. “This would demonstrate an excellent example of sensitivity, understanding, and friendship, as well as a very concrete gesture of inclusivity, a dimension that Terp tries to reflect in its cast and performances.”

University Jewish Chaplain and the Director of the Office of Religious and Spiritual Life Rabbi David Leipziger Teva echoed Father Wallace’s thoughts. He agreed that the University ought to do more to ensure that students of all faiths aren’t excluded from certain aspects of college life.

“We need to start seeing the importance of religious/spiritual diversity as an essential and fundamental component of a broader fuller understanding of diversity,” he wrote.